For Chaz Bundick, the process of designing artwork for an album is as uniquely fulfilling an experience as recording one. The LPs he puts out under his main creative persona, Toro y Moi, reflect this craft, demanding attention to the sleeve and cover, suggesting heavily a certain character before the music even begins. For fans, these are must-buys on vinyl; something to place in a row on their own special shelf, always there for a quick spin and each ready to entertain one state of mind or another. There is the aqueous, ambient pulse of Causers of This, accompanied by murky, dark-hued artwork; there is the crystal-clear, after-hours funk of Underneath the Pine, paired with a playful, intimate cover; and the crackling, caffeinated focus of Anything in Return, alongside bold, warm-toned color visuals. The overall body of work that makes up Toro y Moi can be as alternately vibrant, subdued, contiguous and varied as a coral reef. One might spend countless listens wrapped up in the surface texture of one of these records, and still get the feeling that there are hidden depths behind every hook and melody.

Without sacrificing complexity, the latest Toro y Moi album, What For? (released in April, 2015) burns off some of the layered production of Bundick’s past efforts in favor of a clear-cut, ‘70s rock-inflected sound. The result is as bright and breezy as a cloudless Bay Area afternoon, with analog instrumentation supplied by Bundick himself alongside a who’s-who of names in current indie rock (Ruban Nielson of Unknown Mortal Orchestra and Keath Mead among them). From the swirling synth, guitar and breakbeat leaps of lead single “Empty Nesters” to wistful, Big Star-influenced numbers such as “Yeah Right,” it is clear that his songwriting chops have reached a new level of sophistication. Even so, the record feels effortless, as if this time around, the undertaking was made lighter by experience.

Although still a fresh face on the music scene, making inroads to new audiences with every subsequent release, Bundick has come a long way from the pre-emptive labeling of 2009’s so-called “Summer of Chillwave,” taking stylistic left-turns with each new release and even producing dance music under a pseudonym (check out the excellent 2014 album by Les Sins, Michael, named after Bundick’s dog). In recent years, he’s left his old stomping grounds of Columbia, South Carolina (where he’d once taken classes with Ernest Greene of Washed Out) and relocated to Berkeley, California, which seems to jive well with the light, psychedelic flair of his new work.

Between touring and recording, which he still tends to do in his quiet home studio, Bundick also indulges in design work, including custom screen-printed T-shirts. If there is a dark or turbulent side to his life or his art, it doesn’t show; the man himself can be enigmatic and congenial in equal amounts, like his albums—mellow, but in a cerebral way. One certainty is his passion for crafting a sound or look, and his formidable sense of taste. “Taste transcends the physical world,” he was once quoted as saying. It is this devotion to the discriminating eye and ear that makes Toro y Moi such an impeccable figure on the music landscape of today.

In a few days, local fans will have the opportunity to see Toro y Moi live at TBD Fest in West Sacramento, where his act will utilize the full live-band sound of What For?. It will mark only the second time he’s played a show in the region, the first being an early 2009 performance in Davis, his first-ever gig in California. It goes without saying that Toro y Moi has evolved by leaps and bounds since then, much like Sacramento’s own blossoming local festival. We were able to briefly catch up with Bundick before his appearance on Friday, Sept. 18, 2015, to talk style, early influences, and possible future directions. 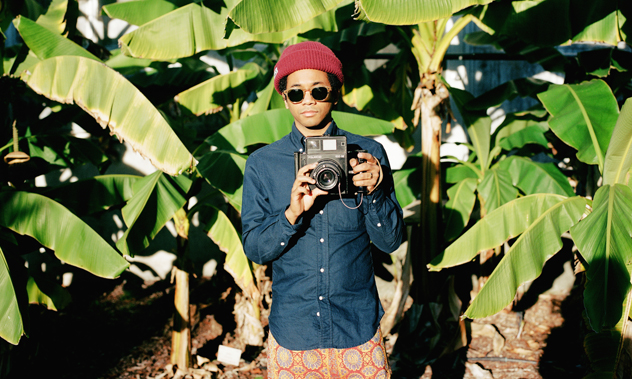 What has changed most fundamentally about your idea of the Toro y Moi project since 2009?
My musical process has been constantly changing, but aside from that, my attention to detail has gone up more. I just pay more attention to aesthetics, because there are more eyes on me now. I’d rather make sure everything from the music to the album covers to the merchandise is a cohesive thing, because it’s still me doing all of that stuff. It’s just me and an art director, or me and a friend designing the T-shirts. Not really much more than two people working on a given aspect, so if anything, I feel like my business model overall has changed. I think of it more as a business now. There’s a lot more aspects to think about at all times.

Did you have a similarly distinct vision when you set out with your first album, Causers of This?
Yeah, in a way. I definitely wanted to pay attention to some design aspects. But I really wasn’t thinking—being fresh out of college—about music video quality, or what kind of camera to shoot things on, or what kind of typefaces to use, or trying to stay consistent with all of these things from project to project. I think I was definitely aware of those decisions to some extent when I was just starting out because I was a fan of design in general. But it wasn’t until the second album [Underneath the Pin] where I really started thinking about crafting it better.

Did you discover design or music first when you were growing up?
Probably music, but I appreciated visual art and visual components from an early age. Everything from like, looking through my parents’ album covers to being afraid to look at just covers, to appreciating books and being able to tell if something was watercolor versus just pencil. That has always just stuck with me.

What was the first album/design combination that truly blew you away?
To be honest, I really thought that The White Album was genius when I first saw it. It’s perfect, it’s nothing, it’s a no-brainer. It’s, you know, proto-Apple computers. It’s no coincidence that it was named Apple, with The Beatles and everything. I think that was the smartest thing … It’s part of what makes The Beatles the best band in the world, in my opinion. That and the way they transformed themselves so many times, the way they had so many visual elements from The White Album to other iconic covers like Abbey Road. It was just smart and simple, it wasn’t too over-the-top. I really appreciate the album covers of 10cc and Pink Floyd, the work of Hipgnosis. That stuff is really awesome, surreal and beautiful. Sometimes I feel my album covers should try and reference this kind of surreality, but mostly, I think simple is still the best way.

Where were you headed artistically, both visually and musically, with your latest album?
I think I was just channeling my inner “soft rock” side. I was listening to a lot of Elliott Smith and Big Star. I wanted to make something approachable, basically a snapshot of me. I feel like, for the longest time I was against putting my face on a record, because of different things—me not wanting to be recognized, or things like me just feeling weird about it. For this album I really just wanted to have a quick photo. I’m into records that are just pictures of the artist, that are like quick snapshots, that haven’t been photoshopped or anything—that’s what I wanted to go with.

What led you to create your alter ego Les Sins? Would you create more in the future?
I like the idea of alter egos, because there’s no preconceived ideas about them. It’s hard to really absorb a song when you know that the artist works in a certain way, or has a certain personality so in a way it’s nice to change names like that, but also nice to separate certain music from my main project, Toro. That’s my main reason for changing names … If it sounds too “indie pop,” then maybe I won’t do it as Toro, or if it sounds too “dancey,” I won’t do it as Toro.

Any clues as to the next direction you’ll take Toro y Moi?
I see it going everywhere, from albums that are bigger to albums that are smaller, with me just being behind the board, to me becoming bigger and better performance-wise. I don’t want to limit myself to one direction. I could start other projects, do design work, or produce other artists as well. There’s no telling which way it’s gonna go.

Don’t let your summer fade into the cold, dark night of autumn. Go out with a bang! TBD Fest will be held Sept. 18, 19 and 20, 2015, in the Bridge District in West Sacramento. Toro y Moi will perform on Sept. 18 alongside Tyler the Creator, The Glitch Mob, Purity Ring, RL Grime, the elusive Death Grips and many others. Go to Tbdfest.com for a full lineup and to purchase tickets. 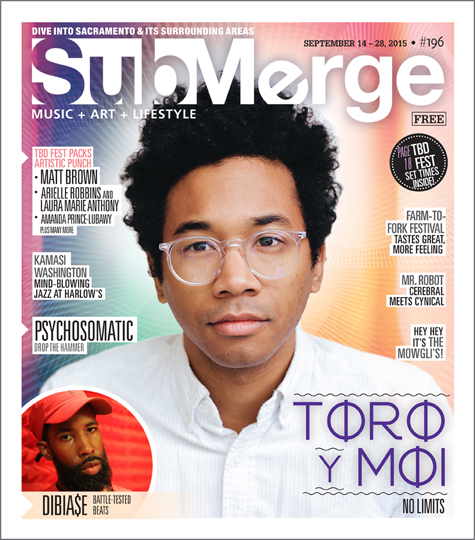