When Musical Charis’s vocalist Jessie Brune says her band doesn’t “function like a traditional band,” it’s hard to argue with her. In fact, you’re better off not calling Musical Charis a band. It’s an arcane notion, anyway.

“We’re not really a band. We’re more of a musical entity, if you will,” Brune says. “We don’t sell out, we don’t take press photos, so our motives are a little different than most California bands. We’re just a big group of people who like playing music together and try to do good all the time.”

While Brune’s approach to Musical Charis may sound lackadaisical, make no mistake that she and the other members of the group take their music very seriously.

“All of us eat, breathe and shit music, probably more than any bullshit band out there that says that they do,” she says. “We live together, we eat together, we write music together, we pay each other’s bills.”

Brune is also serious in her assertion of Musical Charis’s desire to “do good.” Along with Charis cohort Blake Abbey and with help from other musicians who often play with the group, Brune co-created the all-ages Musical Charis Music School in Oak Park, which celebrated its grand opening on May 2, 2009. The school is open to students of all ages, offering a free place to hang out and play music and inexpensive lessons. More than giving Oak Park kids something to do, it also provides a valuable service to the community.

“A lot of the moms and dads will come into our school and be like, ‘We’re so glad you’re here,'” Brune says.

Musical Charis’s work in the community has also attracted the attention of Mayor Kevin Johnson, who has met with Brune on a couple of occasions. After discussing the project with the mayor, Brune says she realized that the Musical Charis School could fill an important need in the area.

“We were talking about how there needs to be more afterschool programs or just activities for kids, because the crime rate has gone up within the schools themselves exponentially in the last five to 10 years,” Brune says of her meeting with Mayor Johnson. “That’s due to a lack of funding for programs and opportunities for kids.”

Aside from helping the community, Brune says Musical Charis’s work at the school has been inspiring in more ways than one.

“They excite us, because they’re so young and so passionate, and their eyes are wide when they come in the door,” she says of their students. “Some of them have never touched a guitar or played a piano, and for them to just come in and hang out with us and get some sort of encouragement, that’s the coolest part.”

Musical Charis is also hoping to release an album around the end of June, though Brune admits that the release date isn’t firm.

“We’re not super crazy hardcore about deadlines and stuff like that,” Brune says. “Everything will happen in its time and when it’s supposed to.”

Submerge spoke with Brune prior to Musical Charis’s performance at the Beatnik Studios one-year anniversary celebration. 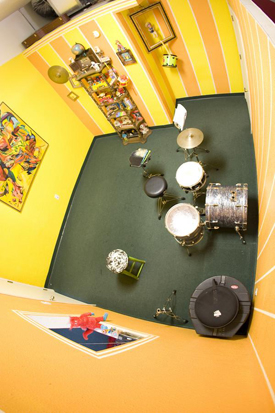 Has this been a project that’s been a long time in the works? Did you go to school for music or education?
We all have various backgrounds in music and teaching, but it wasn’t a preconceived notion. We live in an area where we’d drive by this empty building every day. We saw the number and Blake decided to call. It was weird, because the day before, Blake was like, “Why don’t we give lessons? Why don’t we just teach or do something cool, something different, because the whole band scene thing is overrated, and it’s a bunch of bullshit most of the time”¦” It basically occurred overnight. It was something that just fell into our laps, like a big blessing.

On the business side of things, are you hoping to set up the school as a 501(c)(3)?
We’re trying to seek sponsorship and whatnot. We’re heading in that direction. For now, we’ve been paying out of pocket and through sponsors. It always seems like so much money, every time bills come around, it’s like, “Oh my gosh, this is crazy. We’re 22, we’re 25, how are we going to pay for this?” But always at the last second, something comes through. I think that’s because when you’re trying to do something good, it works out. 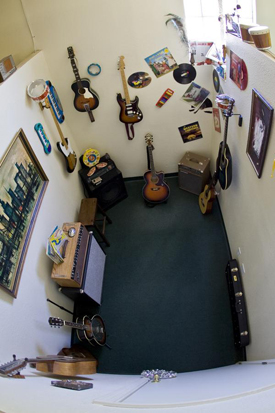 How much time are you able to dedicate to the school given the other stuff you’re doing?
We’re at the school every day. We get to practice there, and we get to run our business out of there. We record, mix and write there, as well. Even if there’s not a specific lesson that we’re doing, we’re still there, so it’s kind of like killing two birds with one stone, if you know what I mean.

It’s a multi-use facility for you, then?
For sure. Basically, it’s a circular thing. We’re nurturing”¦musical desires in people, and in turn, we get a place to practice and a safe haven to write.

What was meeting with the mayor like?
Hmm. Let me think. He was really cool, because he grew up in Oak Park, and he’s a big inspiration for a lot of young people, because he made something of himself. He’s doing a lot in the community. We feel like a lot could be done in Oak Park, especially. He was a really nice guy—I met him a couple of times—and he’s really willing to listen, which is awesome, because I’m just this 22-year-old girl, a musician kid, but he listened to what I had to say. 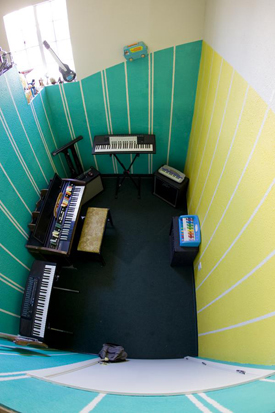 Before, you sounded a little disillusioned with the idea of a music scene. Is that with music scenes in general, or specifically Sacramento?
We’re not jaded by any means. We’ve all had our experiences with the music industry and know that it’s full of snakes and is a bunch of bullshit. But as far as the local scene goes, I think there was a shift that’s going to occur, and hopefully a lot of the good musicians, the true musicians—true being the key word: good intentions, and those who actually love their art and don’t try to pre-package everything and put barcodes on their asses”¦ We’re hoping there’s going to be a generation that’s factoring the art itself, instead of making money. I mean, there’s these kids who grow up and they have everything given to them. Their mom pays for them to be on the front page of Purevolume, and their mom pays for their ad to be in AP magazine. That’s just not real. That’s not true. We’re tired of seeing that happen a lot.

Is that something you try to impart on the kids who come into the school?
We’re not trying to tell them they have to think or feel a certain way. We just want to hang out with them and be real. I know there are programs out there that teach them how to paint their nails black, straighten their hair and be part of the scene, but we’re not trying to do that. We’re just trying to generate good musicians. 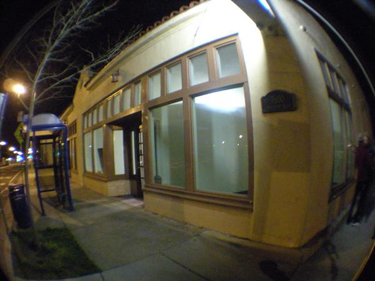 The Musical Charis Music School is located at 3600 Stockton Blvd. in Oak Park.
For more information about the school, the band and the imminent release of their full-length album, go to www.musicalcharis.com.