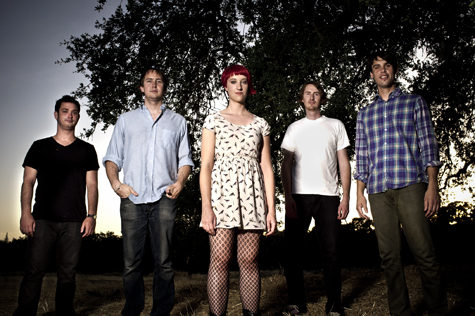 Rocklin-based indie pop band Wife and Son is a shining example of why you shouldn’t take yourself too seriously. Formed in 2009, the now five-piece group was originally the brainchild of guitarist/vocalists Richie Smith and Robert Brundage. They had been making music together for a while in a series of what they refer to as “joke bands,” until they started taking music more seriously under the moniker of Wife and Son. This That and the Other, the band’s debut album was released digitally in April but it is now ready for its official physical release.

Smith and Brundage have been friends for about eight years, Smith says, and were introduced through his little sister Alexis. Smith, a Grass Valley native, and Brundage, born in Monterey, Calif., but raised in Folsom, played in a variety of bands before entering into Wife and Son. These early bands included The Outrights and Polar Bear Filth. These outfits garnered some coffee house gigs, but Smith says that they were strictly just for fun. However, though they say that none of the songs on This That and the Other find their origins in the Polar Bear Filth catalog, those formative years of goofing around with music have played some part in where they’re at today.

“I feel like the joking around allowed me to not take anything seriously,” Brundage says. “That way, you’re not afraid to try some crazy harmony that’s kind of flashy or too pop-y–just being willing to try anything, even if it might sound like something that you told yourself you’d never write.”

Funny enough, Wife and Son also started out as a joke but quickly morphed into something much more. With Smith’s wife Mars Wheeler (synthesizer/vocals) rounding out the original lineup, the group immediately started demoing songs.

“We started writing songs, and we really liked them, so we decided to actually try and do it,” Brundage explains.

“The goal was to be as original as possible,” Smith says of the band’s early writing sessions. “We all are big fans of pop music and good pop songwriting, like the Beatles as one of the best examples, but we also wanted to forego the classic pop song formula. We wanted to write freely and not necessarily go with the typical verse-chorus-verse format. Those are the things we would talk about a little bit, and we just wrote these song poems, almost, and put them together.”

Those demos stuck, however. Brundage says that all but one of the songs from the band’s original demo have found their way to This That and the Other, though they have evolved considerably since thanks to playing and gigging them a lot. The additions of bass player Josh Quimby and drummer Luke Arredondo also had a huge role in the songs’ maturation process.

“How we wrote the album was we wrote all the parts,” Smith says. “We composed the bass lines and we composed the drum parts as well. We’re not drummers. We can play a little bit, but we composed in our minds what kind of beat patterns we wanted to go with the songs. We presented them to Luke, and he would make it make sense.”

This That and the Other was produced and recorded almost entirely by the band. Other than the drums, which were tracked at One Eleven Recording and Music Studio in Roseville with the help of Kevin Prince, the album was recorded in Smith’s apartment using Logic and Brundage’s Macbook. It was an arduous task, but the band is happy with the result.

“We worked on the record over the course of a year, off and on,” Smith says. “It was a long process. There was a lot of stuff we had tracked that we ended up retracking. Honestly, we’re glad to be done with that process. We learned a ton on this first record.”

This being their first album, a lot of trial and error went into the process. Brundage says that some of the songs were recorded up to eight times.

“I was basically learning how to record while we were recording, and we were all learning about production too,” Brundage says. “It was like this huge music school on how to make a record.” 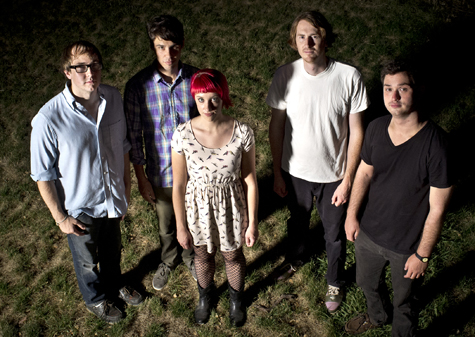 You’d probably never realize the meticulous nature of its recording by listening to This That and the Other. Opening track “Sea Salt” sets the tone with its carefree structure and generous use of reverb. The song feels loose, but in a good way–in a way that speaks of a band just having fun with the music and not coming off as guarded.

“Sea Salt,” one of the first songs the band demoed, was written in a very free-wheeling manner.

“We just hit record and Mars and I started singing,” Brundage says. “We just started freestyling, and we liked what we had to say.”

“Rob and I were just jamming on guitar parts,” Smith says of the song. “We wrote the guitar, bass line and drum part all in one sitting, in about an hour, then Mars woke up from a nap to lay down the vocal.”

Other songs came from a more structured writing process. The Brundage-penned “Little Baby Hurricane” had more intent behind it.

“I just sat down one day, and I just wanted to make a tribute to ‘50s doo-wop,” he says. “I sat down and pretty much wrote the whole thing and brought it to Richie and Mars, and they put in their two cents. Richie added this great guitar solo at the end.”

In this way, Wife and Son mix up their approach to writing. Smith, Brundage and Wheeler all split songwriting duties (as they do with vocals), sometimes writing separately and presenting the songs to the rest of the group, and other times writing together in the same room. The different approaches may have been a reason why This That and the Other, aptly titled, has such a fresh and varied sound.

Though the album is only just recently completed, Smith, Brundage and company have their sights set on the future of the band. Smith says that the band already has enough material on tap for a second album, which they also hope to produce themselves.

“We like the creative control,” Smith says. “The fact that we learned so much on the first record, we’re actually excited to work on the songs for the second record.”

Smith says that the lessons learned will make Wife and Son’s recording process faster next time around. He says the band will set deadlines for itself and work on being more efficient. It almost sounds like they’re taking themselves seriously. If Wife and Son’s exciting debut is any indication, that’s definitely not a bad thing.

This That and The Other’s release show will take place at The Press Club in Sacramento on June 28, 2012. In addition to Wife and Son, The Tambo Rays and Sicfus will also perform. If you’d like to listen to the album before you buy it, go to Wifeandson.bandcamp.com and of course, you can keep up with their latest happenings by liking them on Facebook (Facebook.com/wifeandson).