New Levels, No Limits: Zyah Belle Reflects On the Goals That Drive Her Forward 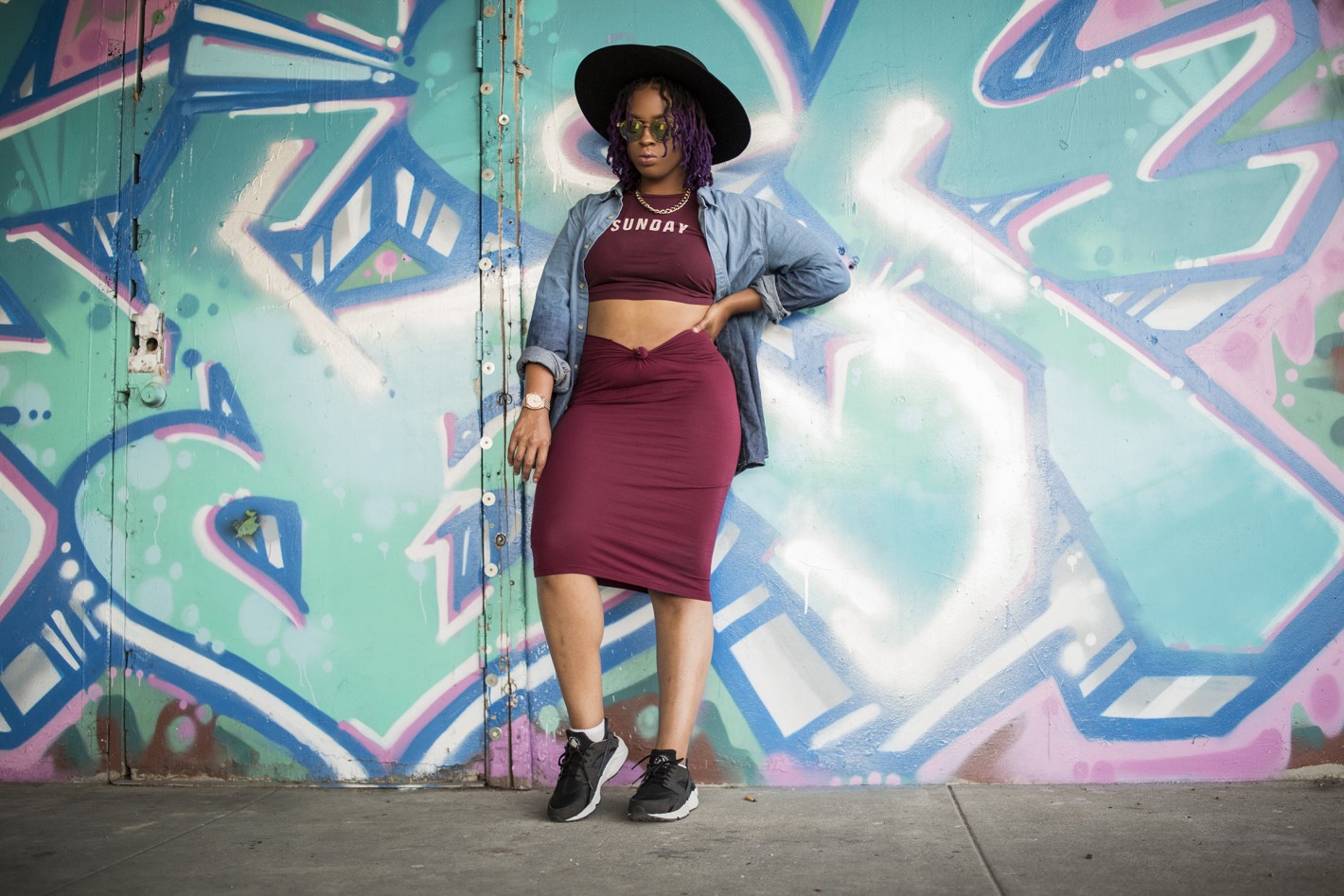 Zyah Belle may be steeped in soul, but make no mistake—her days of soul-searching are over. For now, she has no doubts about the path before her, and she’s just beginning to stretch for the long run. Her album New Levels, out on June 21, 2016, is a document of her moment in time, full of possibility and bubbling with confidence. The Super Nintendo-inspired artwork on the surface slyly reflects her willingness to play with the old school, but the music within all points to the future. The release marks a continuation of a banner year-and-a-half for Belle in Sacramento, with a Sammie award win back in March for best R&B/soul artist, and a featured spot at Concerts in the Park downtown. In between, she’s shared the stage with everyone from hip-hop acts like Rasar to indie-popsmith Joe Kye, showcasing a style defined by emotional connection, and not limited to any single genre.

What does New Levels mean for you?
It’s almost a euphemism for what I compare my life to. When it comes to accomplishing new things, making it through things that I face, I like to compare it to a video game, or to the idea of The Odyssey—the hero’s journey. Anytime you go through something, you might gain some armor, or you might get to pass onward. In a video game, you’re always reaching a new level, having to face a new boss, a new monster, finding that new achievement. I wanted that to come through in my artwork and show that I want to reach a new level in more ways than one, not necessarily just remaining a local artist, but actually being able to compete with what’s going on in the industry, and taking my music to another level.

When was the first moment you realized you wanted to pursue something big with your talent?
Just this past year. For a long time, I sold myself short out of the fear of failure. I would tell myself I wanted to be content and comfortable with just local achievements or little things here and there. Eventually, it got to the point that within one whole year I accomplished every single goal I had made. I wanted to do Concerts in the Park; I wanted to win a Sammie; I wanted to have a song on the radio; I wanted to start working on an album. When all of these things started coming to fruition, I started to think, “Why am I selling myself short? If I feel like I can actually accomplish this huge dream through constant work and effort, and through the law of attraction, why not try it?”

You’ve mentioned before that “Zyah” derives from a Hebrew term “selah,” which is a musical direction included in Psalms meaning “listen.” Is this an important concept for you?
One thing I always say when I interact with new fans and people that come to my shows for the first time is just “Thank you for listening. Thank you for taking the time to listen to me.” You don’t even have to like what I’m saying or like what I’m doing, but because you took the time to listen, that means everything to me. Another meaning of that word, selah, is “reflect.” And that’s huge for me too, because I want them also to be able to reflect. I want it to be something that they can remember. Everything that’s a part of art is to create conversation, so that’s a huge element of what I want people to feel when they listen to my music.

What have been the most important records in your life?
My favorite record of all time would have to be “Funkin’ for Jamaica” by Tom Browne. That song is just everything to me. It feels good, it’s natural, it’s free-form, yet structured at the same time. It’s like organized chaos. Also, I would say “Bag Lady” by Erykah Badu has always been a huge part of me, as well as “Are U Still Down” by 2pac. It’s such a wide range of music that has registered for me, but definitely, being able to put myself in the emotions of the song and the artist has always been something I enjoy doing.

How has your experience been performing with a wide array of other musicians in the Sacramento area?
It’s knocked down a lot of barriers in more than one way. For me, it’s been a beautiful experience just meeting people of different backgrounds, different genres. Also, I think for my fan base, it’s been extremely important for people to see that, because myself, being labeled as an R&B artist—it’s not something that’s only marketed to the urban community. I’ve got to be on stage with Joe Kye, a violinist who composes contemporary jazz; I’ve been on stage with Rasar and The Lique, who do hip-hop and some neo-soul; I’ve also played with Hans! and the Hot Mess. I’ve gotten to do so many things with many different kinds of artists, and it really shows that, for people, music is just one language. I’m truly a part of this family among Sacramento musicians, and outlying areas, and they’ve all helped me in many ways, whether it’s my growth as an artist or just introducing me to other people and venues on the scene.

What has had the most impact on your vocal style?
Most of my influence in vocal training came from my music teacher in high school. I wasn’t really fortunate enough to be involved in my jazz vocal program at Sac State as much as I wanted to be. Around that time I actually ended up being without a home, which has been a huge part of driving my music career as well. Throughout my life, singing has always played a big part—my mom was a choir director, so I was already being trained in a choir from a young age. Then, as I grew up I started being classically trained to sing in Latin and to sing old jazz standards. Those things helped me use my voice as an instrument, to alter the sound like any musician would. It makes a difference in how my structure songs, how I evoke emotion in them.

You were without a home? How did you make it through that time?
Shortly after I graduated high school, I ended up enrolling in the vocal jazz program at Sac State. I was still a teenager, living with my mother, and she had to move back to the Bay Area. I had the choice of staying in Sacramento or moving back too, and that didn’t seem like an option for me. I wanted to make things work on my own, and I did, for a couple of weeks. Then it became overwhelming. I was sleeping on my sister’s couch for a very long time, trying to find a job, busing myself from South Sac to Sac State to take classes, and eventually I ended up dropping out of school for a while. Of course it was depressing to go from the comfort of your home and being a new undergrad and then having to drop out and get a 9-to-5 while sleeping on your sister’s couch, so for me, the most exciting part of my day was being able to sing. Nothing else at that point was making me happy, so I thought, why not pursue it?

What do you most want to bring to the audience or have them understand?
The main thing that I want my audience to feel is the sincerity in my voice. It’s not all the time that the audience is going to be able to relate—it’s not all the time that an audience will like the music—but I want them to at least feel that real emotion is being evoked, and that I believe what I’m singing. That’s a huge thing about being an artist that can stifle an artist, especially when in the industry and having to face media—the fact that they want to be liked by everybody. I understand that this isn’t realistic. Not everybody will like me, not everybody will like every single song that I put out. They may like some, they may only like one. But at least they can say, “When she sang that, she really felt it.” That sincerity in music is so necessary. That’s what creates timelessness.

Hear Zyah Belle perform the songs off New Levels live July 8, 2016 at Harlow’s, located at 2708 J Street in Sacramento. This 21-and-over event will also feature The Lique and DJ Rock Bottom, with doors opening at 8 p.m. for the 9 p.m. show. Tickets are $12 in advance and available at Harlows.com. 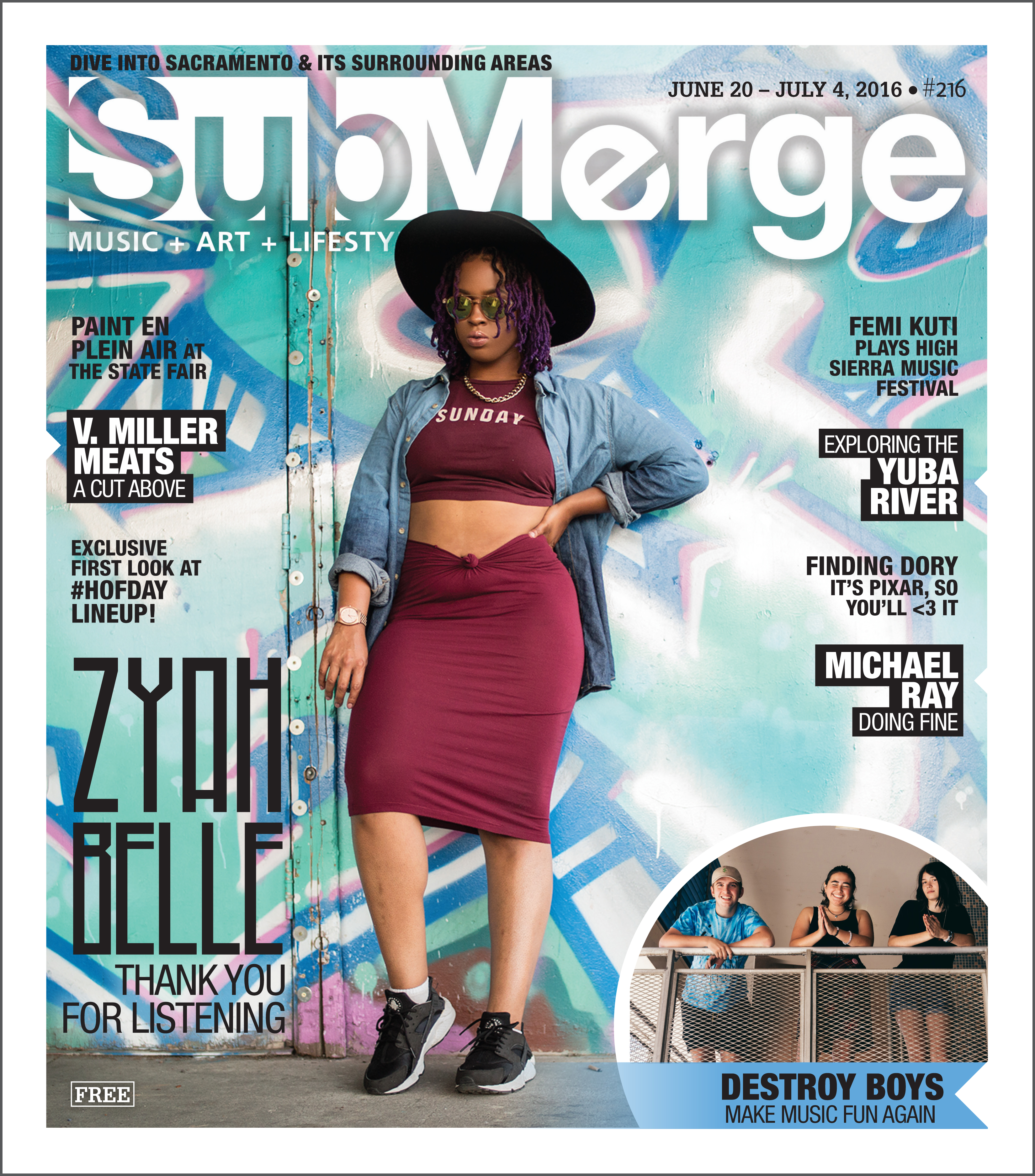