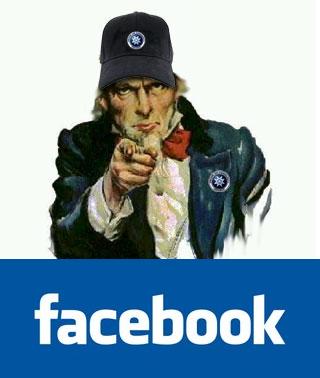 Life is a sexually transmitted disease that is 100 percent fatal, yet rock stars aren’t donating their time to throw concerts to raise awareness and combat the problem. Past generations only had the mirror and photography to remind them that they were creeping ever closer to their deaths. We’re lucky enough to have Facebook to remind us that we’re getting older.

Facebook is great; don’t get me wrong. I spend just about 50 percent of my waking hours on the site, either commenting, posting pithy statuses, sharing links that will make girls think I’m cool or interesting (both lies) or, my new favorite activity, liking comments other people leave on other people’s Facebook pages. It doesn’t count as stalking if you’re doing it so out in the open.

I currently have 333 friends. With only a couple of exceptions, I have at the very least met and have been solid acquaintances with everyone on that list. The few exceptions came about when I accidentally added people I thought I knew, because we had so many friends in common, but then after perusing their photos realized I hadn’t a clue as to who the fuck they were. I don’t drop “friends,” though, simply because I don’t know them, because that would limit the number of potential likes my aforementioned pithy statuses may receive.

Lately, most of the people adding me on Facebook have been family. It’s neat, because I haven’t seen or heard from many of them in years. It’s nice to know they’re doing well and can now benefit from the extraordinary amount of super-cool links and photos I “share” with my Facebook followers. A couple weeks ago, a younger cousin of mine–I’ll call her Sabrina–sent me a friend request. Sabrina is a smart kid. I believe she just graduated college. After adding her and visiting her page, I found out that not only is she off to a good start in her adult life with a good degree from a good school, but it also seems that she’s engaged to be married to a handsome young man with a similarly bright future ahead of him. I posted an earnest “Congrats!” on her wall. (I don’t believe it received a return comment or like, but I’m sure that’s just because she’s busy being awesome.)

I was happy for her, but then, as I do with all things, I thought about how this news totally unrelated to me would affect me. Then I realized that not only do I remember when Sabrina was born, but I also served as the ring bearer for her parents’ wedding. That’s the sort of thing old people realize, I thought to myself. Then I had an epiphany: For fuck’s sake. I’m fucking old. When did that happen?

It’s a sad thing to realize. Sadder still when you have less than $20 in your savings account, no health care and no pension with the best years of your earning potential in serious wane. Suddenly, Facebook was no longer the lone bastion of my dwindling cool-dom; it was no longer the place where I had a captive small venue audience to revel in my witticisms; it was now a sort of virtual crow’s feet marching across my aging face. All those crooked-number birthday reminders (and if I didn’t have those reminders, I’d never remember any of them, because my memory isn’t what it used to be), the wedding announcements, the baby announcements–everyone I know is married or having/had a baby. Everyone. Every. One.

I’m that guy. The old single guy who still gets drunk on the weekends (and sometime weekdays), because he’s too cool for the 9-to-5 grind; the one wives roll their eyes about when their husbands say they’re meeting me for a drink. How many rounds are you going to have to buy him this time? When is he ever going to get married?

Ugh. Maybe I should just delete my profile, but then I’d have a hard time justifying that I exist at all.