Evolution of the Species 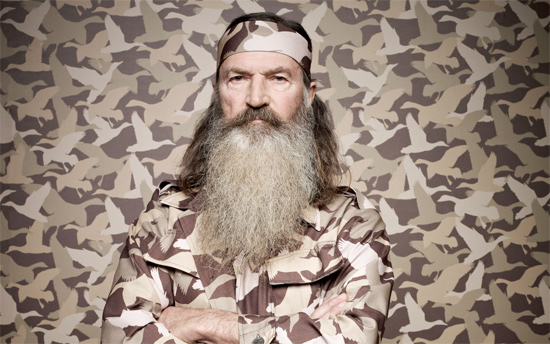 It’s been a banner year for civil rights in America. More and more states are legalizing same-sex marriages, and clearly, that’s a good thing. One day, our grandkids will be reading a history text book and think we were all a bunch of cro-mags because we grew up in a country where two guys or girls couldn’t get hitched.

Change is difficult, though (just ask the President). It’s not just a matter of changing policies; that’s the easy part. It doesn’t take much work to get a majority of people in public offices to say, OK, this is a law now. The tougher part is changing the minds and hearts of a populace, especially when most of the populace is ass-backwards as fuck.

Evolution takes time (biologically and socially), so I understand it’s easy to get frustrated. Personally, I’m kinda bummed that I probably won’t live long enough to see humans devolve our pinky toes and gain the ability to communicate telepathically. It’s going to happen one day, I just know it; but, alas, I’ll probably be worm food by then. It’s more likely that I’ll live long enough to see same-sex marriage become legal in all 50 states. It’s a small step, but I think it’s an important one. Telepathy, man, it’s just so fucking cool, you know?

Of course, I’m meandering—slowly—toward talking about this Duck Dynasty business. I’ve never seen the show. I’m not sure why anyone would want to see the show. Like, is it a family of duck hunters? I’m down with hunting (not that I have the stomach for it myself, but have at it) and ducks are really tasty, but what goes on? Do they just hunt all day? In camouflage? With those neat little duck calls? How is it a dynasty, exactly? Has the family ruled over the duck-hunting world for millennia?

Like I said, I’ve never seen it before. I like scripted television shows…or more specifically, shows that admit to being scripted. My only exposure to the Duck Dynasty people was a daytime talk show where the whole clan was featured. They were all bearded—the guys anyway—and they all seemed very patriotic. They were charming, too, in their own way. I liked all these things. I listened to them talk for a while and thought, “You know, here’s a pretty nice family. They love one another even though they’re all pretty scruffy-looking. I really hope it doesn’t turn out that one of them is going to say something stupid about Jews, blacks or gays.”

You see, I hate stereotypes. Just because you hunt ducks and have a beard and live somewhere in the south and wear star-spangled headbands doesn’t mean you have to be ignorant. You can be hip, smart and open-minded no matter what you look like or where you sit on the political spectrum. You know why? Because this is fucking America. And that’s just how we roll.

Or, should roll anyway. That’s why I was bummed when Duck Dynasty patriarch Phil Robertson made some idiotic, stereotypically narrow-minded comments about homosexuality in a GQ interview. Thinking that Robertson is a backwards, bigoted fucktard is the same sort of closed-minded thinking that leads Robertson to believing that all homosexuals are godless adulterers. And then he turns out to be a backwards, bigoted fucktard and it’s like, ugh. You know?

Why can’t he just be cool? Why can’t it be like, yeah, I shoot ducks and farm my facial hair and voted for Romney, but whatever, bro. We’re all God’s children, or whatever.

I feel bad for him, really, because he’s so far behind the times. It’s like watching a dinosaur on the verge of going extinct. Sure, he’ll fight and roar and whatnot, but it’s not going to end well for him. It’s just going to take time. Not billions of years like it was for the dinosaurs. Maybe just a few decades, which is really barely even a blink of an eye in the grand scheme of things. Soon he’ll be hemming and hawing about how people who aren’t like him are evil, and there won’t be anyone there to listen. That’s sad. Not for the rest of us, I guess, but for him.

At press time, Robertson had already lost his TV show. A&E rightfully put Duck Dynasty on indefinite hiatus. Though that was probably more a sound business decision than it was because they actually gave a fuck. TMZ reported that some networks are eager to take on the wildly popular reality show should A&E cut ties with it permanently. One such network is reportedly the Hunt Channel, whose president Merrill Sport said, “A&E is too scripted. [Hunt Channel] would let the personalities flow.”

Stupidity and ignorance will persist. They always do. Just know what you’re witnessing now is more of a death rattle. Quieter days are just around the corner.