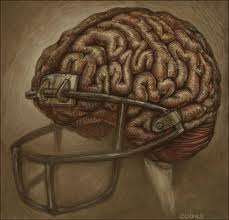 It’s difficult for me to say this, but I’ve given it a lot of thought: It might be time to end our love affair with football. I write this, of course, as I’m watching a football game and continuously checking multiple browser tabs to keep up with how my fantasy football team is doing (I’m currently tops in my league, but this week is off to a slow start, in case you were wondering). Like any addiction, I know it’s going to be difficult to kick the habit; but, like Elsa said, I think it’s time to let it go.

If you play fantasy football, you know it’s been a tough year. Not only have you had to deal with the usual challenges of the game, such as player injuries and finding a decent bye week replacement for your No. 4 WR on the waiver wire, but you’ve also had to peruse the police blotter to see which of your star players has found himself in legal trouble. And it’s not just shit you can let slide, either. It’s major stuff like beating up a kid or getting caught on camera sucker-punching your fiancée.

These are all bad things, obviously. What’s worse is that the NFL, an organization that reaps billions in profits, hasn’t the slightest idea what to do about it. Blubbering moron/league commissioner Roger Goodell famously gave Ray Rice, the former star running back of the Baltimore Ravens and perpetrator of said violence against his then-fiancée (now wife), a two-game suspension when TMZ released a video of Rice dragging Janay Palmer out of an Atlantic City casino elevator. A pretty unsettling scene, sure, but I believe the NFL gives out a two-game suspension for saying Budweiser sucks. People were rightfully pissed, but not as pissed as they were when the footage from inside the elevator was released to the public.

Goodell swore up and down that he’d never seen the footage, though conflicting reports came out that more than likely he was lying. Then the commissioner sort of went into hiding for a week. Meanwhile, Rice’s contract was terminated by the Ravens and suspended indefinitely. Then Goodell resurfaced to give some bullshit press conference in which he said absolutely nothing, and life went on. And I’m pretty sure the Ravens are still selling out every game.

But the problems aren’t just with the pro game. Take Jameis Winston for example, all-world quarterback for the Florida State Seminoles. Winston has been accused of sexual assault and had run-ins with the law for shoplifting. He was finally suspended for one game in mid-September when he stood on a table in the Florida State Student Union and shouted, “Fuck her right in the pussy” (because, you know, that’s just going too far).

These are just the guys who get caught, too. Never mind the Ben Roethlisbergers of the world who have been accused of things but were able to side-step any serious charges, because, you know, the Steelers are trying to make a playoff run.

But the problem may not be with the powers that be…the old rich dudes who fund their alma mater’s football programs or own professional teams and are able to hold taxpayers hostage to fund their new stadiums and pay athletes exorbitant salaries. The problem may be with the game itself. We forget, as we peruse waiver wires for fantasy team replacements because our starting running back just got his leg broken in 45 places, that football is a violent game. Players are suited up in a modern-day version of full plate mail and brutalize one another for the amusement of tens of thousands packed into stadiums every Sunday (and Monday…and Thursday…and Saturday for the college fans) and the millions watching over buckets of beer and mountains of chicken wings in bars and homes all over the country.

For a reminder of the violence of the game, you need to look no further than the string of three deaths that recently occurred at the high school level. Tom Cutinella, 16, collapsed on the football field after he suffered a serious head injury. He later died at a New York hospital. There was no foul play involved; it just occurred as a course of the regular action of the game, a “freak accident,” as a school superintendent called it.

DeMario Harris, Jr., a 17-year-old from Alabama, died of a brain hemorrhage two days after making a tackle in a game. Another 17-year-old, Isaiah Langston, collapsed on the football field prior to a game in North Carolina. The cause of his death is unknown, but his brother said it had something to do with a blood clot.

Compound that with the history of fallout from serious head injuries by some who’ve played in the NFL, and clearly there’s a problem, a problem that many of us are a part of. Despite all that’s wrong with football, we still go crazy for it. We clamor for it. Even those who aren’t all that interested in it still gamble on it. I realize I’m a part of the problem too, even as I cheer for New York Giants rookie wide receiver Odell Beckham, Jr.’s spectacular first NFL touchdown against the Atlanta Falcons. I know I have to stop… I have to…uh…maybe next season.