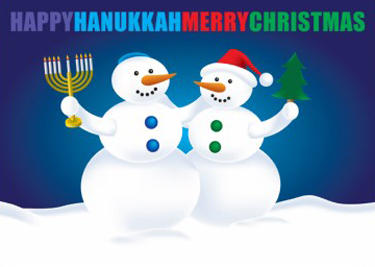 Many years ago, when I was working at the comic book store, I tried to be as courteous to our customers as possible. Most of the time, I knew who would come in (and in most cases, when), but around the holidays, as you’d imagine, our clientele became more diverse. It was no longer just the regulars, who’d come in to get the same books at the same time every week. Now we had the girlfriends, the mothers and the random wanderers who were looking for that book with that guy who was from that movie. As an aside, whenever I was actually able to help someone who came in asking me if we had an item that fit that description, I felt as accomplished as Dian Fossey must have when she reached a peaceful accord with gorillas in the African wilderness.

So, like I was saying, I was a very courteous sales associate. And around the holidays, since I was meeting many new faces—many of whom may have never entered our store, or any store like it, before—I was extra accommodating. I was as cheerful and helpful as my natural misanthropy would allow. I would say, “Hello,” and, “How can I help you,” and as they were leaving, whether they purchased something or not, I would practically chirp, “Happy holidays.”

Always, “Happy holidays”—except this one time. I err toward the side of political correctness in most situations. It’s not that I don’t enjoy a little rabblerousing here and there, but I keep that among my friends and associates, and between the occasional loud-mouthed, overly opinionated fellow drunk and myself. In polite society, there’s simply no room for saying anything potentially inflammatory. No one wants to have to explain to a complete stranger that you misspoke or that you were just kidding—not because you sincerely want to apologize, but because if you were truly kidding, and you had to explain yourself, that means your joke just wasn’t funny. I don’t know about you, but I prefer to think that I’m fucking hilarious.

One day at the store, it was a particularly slow day—of which there were plenty—and I fell into a lackadaisical mood. A nice middle-aged woman came in with her son to do some shopping. I did my best impersonation of chipper James and greeted them warmly and then returned to reading some article about how to build an unbeatable combo deck for Magic: The Gathering while they perused our inventory. A short time later, the two came up to the counter with a few things they’d like to purchase. I wrung the woman up, counted her change and handed it back to her, and before I could stop myself, I gave her a warm and honest “Merry Christmas.”

Her eyes were daggers.

“We’re Jewish,” she scolded. In this case, the printed word does not do justice to the sound that spewed forth from this nice, middle-aged woman. It wasn’t so much a statement as it was a barbed and icy condemnation of my ignorance. I was stunned—probably slack-jawed. I didn’t know what to say. I stammered an apology as they shuffled out the door.

I felt pretty bad about it the rest of the day. How could I have been so insensitive, even by mistake? For whatever reason, it’s a meaningless episode of my life that has stuck with me. But my outlook on it has changed. In my ever-present need to justify everything I do, I’ve absolved myself of all responsibility. Did she really have the right to demonize me? In front of her child, no less? I could understand her being upset if I’d said, “Take your change, you worthless cunt,” or, “I hope your son grows up to be a piece of shit just like his mother,” but I didn’t. My only goal was to spread good will. If she had said to me, “Happy Chanukah,” or Kwanzaa or Yule or whatever people celebrate this time of year, I wouldn’t have said, “Go fuck yourself, I’m Catholic.” Mostly because I’m not. I was raised Catholic, but I don’t align myself with any religion. Maybe I will one day, but right now, I’m too busy being a godless degenerate. I suppose that frees me up to celebrate any end-of-year fest I choose, but let’s face it; Christmas is by far the coolest. Sorry.

Still, during the holiday season, when I’m overcome with the desire to hold open doors, stuff money in donation boxes or drive food down to the local food banks (as I hope all of you do, too) and someone smiles and says, “Thank you,” I return with, “Happy holidays,” which is what I wish for all of you. Thanks for reading us this year and see you in 2010″¦or The 10 as it has been dubbed here at Submerge HQ.