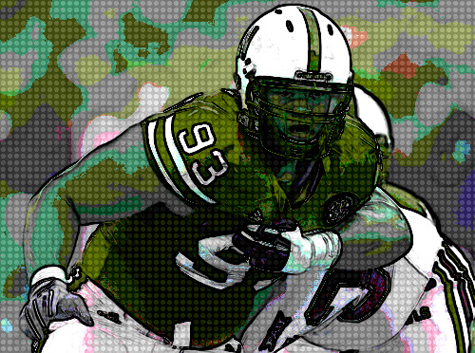 I hear both presidential candidates going on and on about jobs. During the first debate, President Barack Obama touted that his policies have created plenty of jobs during tough financial times; meanwhile his opponent Mitt Romney blasted the president for not creating enough jobs and claimed that if he was elected, like everyone ever would be employed (paraphrasing)–even though he practically told the debate’s moderator Jim Lehrer that he’d probably be out of work after promising to cut PBS funding. I know unemployment is a problem, but a quick perusal of Craigslist.org shows that there are jobs everywhere, that’s even accounting the 70 or so percent of them that are probably pyramid schemes. And this time of year, there’s really no reason to be out of work. Sorry for the tough love but it’s true. Just bet on football like I do. Trust me, it’s a full-time gig.

Clearly betting on football is a big industry in this country. Everyone does it. Even my sister, who maybe has never sat through a full football game in her life, chips in for one of those Super Bowl box pools every year. The only reason why people were so pissed off about the replacement referees making up rules as they went along during the NFL officials’ labor dispute was because there’s so much money riding on even the most inconsequential and menial professional football game. It’s sort of the national pastime. So, since everyone does it, I’d like to think it’s legitimate work.

As the days grow shorter and the weather gets colder and 300-pound dudes don heavy armor and fly into each other at preternaturally fast speeds, I enter into self-employment. Though the season doesn’t start until September, I really get to work in August to prep my fantasy draft. I am in a points-per-reception, individual defensive player league, which basically means that I’m a nerd who plays in a league full of nerds. It’s also a keeper league, so I have to first think of which players from my previous year’s roster I’d like to keep for the next season, then I have to map out my draft strategy depending upon who’s available after the rest of the teams in the league have kept, taking my order in the draft and what holes I’ll need to fill into consideration. It keeps me up for hours looking at numbers and trying to find the story behind those numbers, such as, is this player on the way up? Does he have the team around him to put up better or worse stats than the year before? Does he have a history of injury? Is it in his character to do something utterly cruel and stupid like run an illegal dog fighting ring even though he’s a ridiculously well-paid athlete and clearly isn’t hurting for money? There are a lot of factors to consider.

Of course, you have to spend money to make money when it comes to betting, and that’s really all fantasy football is. It’s gambling just like calling up a bookie, except you probably won’t have to worry about the dork who’s your league commissioner breaking your legs if you don’t pay up. My league’s buy-in is just $60. It’s not a big money thing, but I’ve heard of leagues that play for some serious cash. The thing is, while even $60 may be a lot to toss away on a gamble, take into consideration that it’s a lot cheaper than buying a new suit for an interview and way less stressful. You can go to “work” in your underwear and drink a beer while you conduct your business. What’s better than that?

Once the season starts, shit gets serious. You have to hawk your league’s waiver wire, cut players from week to week, constantly check your stats while watching games, read injury reports. And this year fantasy football has taken up more time than ever as there are now games every Thursday (seriously annoying, because players who are banged up have less time to heal on short weeks, wreaking havoc on your roster). But you know, it’s a living. All it takes is $60 and a dream.

I’ve also entered a weekly football pool this year. A relative of mine convinced me to go in on a pick ‘em pool with him. He’s been doing it for years. He has charts and tables and numbers. He has five years of stats and figures that show which teams cover the spread and which teams don’t. He’s been doing it for years and has roped in a number of friends and relatives, and he keeps track of everyone’s picks and accumulates our wins and losses. He asked me to help him this year because he thinks I’m good at computers which means, he doesn’t use them so anyone who does must know what they’re doing (I don’t, really, but I can make a mean spreadsheet).

So now football betting really is a full-time job. With fantasy football, the results of games don’t matter, just so long as your players in that game have done well. Now, I have to worry about which teams won and by how much. I watch every post-game and halftime show. I actually pay attention to Monday Night Football instead of just drinking my face off. Well, I mean, I still do that too, but it’s cool because I’m on the job.