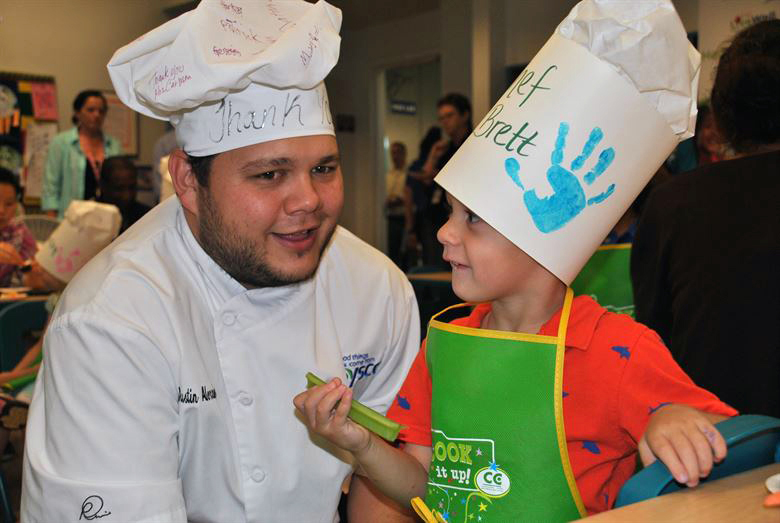 They say it’s a real blessing to have a child. “What wonderful news!” they say when you tell them a baby is on the way. Then you have the baby and the truth of the matter smacks you right across the face. What’s so great about this baby? It sleeps when I want to play with it, it wants to play when I’m asleep, it can’t talk, it can’t walk, it won’t eat and somehow it still shits its pants several times a day. Your baby sounds barely human, which is why I keep using the pronoun “it.”

But after a little while, something changes and your “it” becomes a little him or her or they. Now they can talk! Now they can walk! Little Joey has finally stopped shitting himself and he loves chicken nuggets! Suddenly, these little critters are semi-capable human beings. They have imagination and they can actually do things without our help. Now is the time to take advantage of the situation.

These kids want to do so much, and we adults just keep holding them back. But why are we trying so hard to protect them? They are supposed to be the next generation of able-bodied, red-blooded Americans, and yet somehow, our old broken asses are still doing all the work. That just doesn’t make any sense! Work builds character and who needs character more than a child? I’m old! I got my character a long time ago, ya dicks!

Now I already hear some of you screaming about child labor laws, but this ain’t that. I’m not saying we should send a bunch of 5-year-olds to work a shift at the Bimbo Bread Factory. That would require way too many step stools, plus their little hands are hardly suitable for kneading dough. What I have in mind is more of an “in-house” kind of job. In other words, have your kids work for you!

The transition from play to work will be easier than you could imagine for your child. You’ve already been preparing them for the hard work ahead with some of the toys you’ve bought. I’ve seen all sorts of toy lawn mowers, toy mops, toy tool sets, toy kitchens and every other manner of toy versions of things used by adults to do work. I’ve seen kids play with these toy tools in the appropriate context, so they clearly understand how to use them. Why don’t we just let them go that last 10 percent? The pieces are all there, parents; you just have to give your child a nudge in the right direction.

Think of all the time you could save. You already worked a full day to bring home the money that feeds all these mouths. Why should you have to cook, serve and clean up after these little monsters too? I’ve seen them make brownies in an Easy Bake Oven, surely they can cook a frozen pizza in a real oven. The way I see it is if you can’t push a button or get close to hot things without burning yourself, then you aren’t going to make it very far in the future Hellscape we will call Earth. Your child’s survival could depend on how well that pizza turns out.

The best part of all of this is that they may not even realize they are doing work if you play it right. You are going to need two people to pull it off, but it isn’t very complicated. These are children we are dealing with after all; they aren’t very smart. The first person is responsible for the chore they want the child to take an interest in. While working in the presence of the child, this person needs to pretend that the chore is very fun. Make sure that you really sell it; this has to look like the coolest thing that anyone has ever done. After the chore is complete, have the second person (preferably someone the child trusts more than you) stop by and pretend to be upset because the chore was done without them. For the next week or so, remind your kid how fun that chore was at least once a day. When chore day comes, ask your kid to cover that super-fun chore and promptly retire permanently from that task.

It’s really that simple. Of course, I don’t have children myself to test this theory directly, but it feels water-tight. If these youngsters didn’t have a secret desire to do chores, they wouldn’t be playing with toys that mimic those actions in the first place. With that in mind, I say try it out and let me know if it works. I’ve got some plants that need trimming and your kid looks like he could probably handle it.