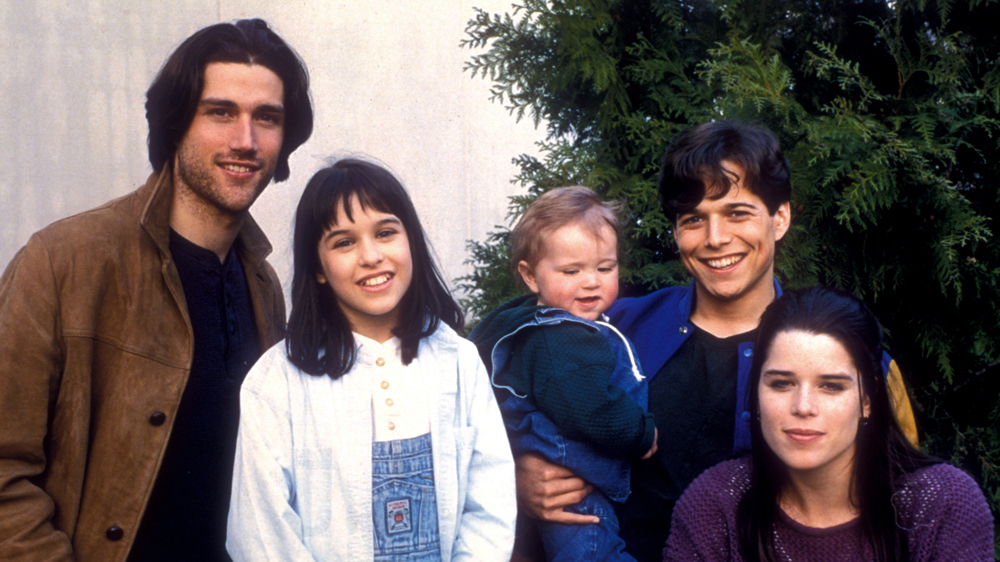 It’s just a function of life to have nostalgic feelings about the past—to idealize your youth. Unfortunately for me, I blossomed from adolescence into adulthood in the late 1980s to early ‘90s, so all the pertinent experiences of my past are cloaked in torn jeans and drab plaid.

My parents would listen to the music I loved back then—themselves weaned on crooners and the Great American Songbook—and call it noise. And really, they were right. Nirvana? Sonic Youth? Even Smashing Pumpkins in their more drawn-out, spacey tracks? I mean, yeah, it was noise. I still love it, but that really doesn’t change the facts. I won’t ever be able to put on a Nine Inch Nails album and play it for my young daughter and say, “This is real music. This is real lyricism,” as Trent Reznor atonally wails, “I want to fuck you like an animal.”

In fact, not too long ago, I was at Disney World on a charter back to the hotel—packed with Middle American kids all hopped up on the Magic of The Happiest Place on Earth—and “Closer” came on over the speakers. The song was censored for the radio, of course, but it was still pretty clear what was going on.

I laughed loudly, of course, because I’m a jerk. But also because I was kind of mortified. “This is NOT Disney appropriate,” I said to my wife, only half-joking. And I really do like that song. I’ll sing it in the shower sometimes, like it’s “Dancing Cheek to Cheek.” To me, all that abrasive yelling and electro-distortion grinding is music. Or it was, at least. Would 40-year-old me go back to 1992 or whenever and scold teen-me on the importance of melody and songcraft? Am I my own lame old relative who just doesn’t get it?

Regardless of the inner-turmoil I feel when I look back on the 1990s, I’ll still turn on Lithium on Sirius XM and hear a song like, I dunno, “Good” by Better Than Ezra, and say to myself, “Man, can you believe this song was a hit?” It’s just some janky power-pop fluffball with a pretty rousing bridge and anthemic chorus and maybe four chords (five at the most) and all this fuzzy distortion to cover up the middling musicianship. I can’t help but smile. I’m singing along to it as unskillfully as the people performing it. In those moments, life is good.

I’ve been stuck in this weird nostalgia loop lately, because we just started watching Party of Five on Netflix. Maybe we just needed to unplug from now for a bit. All the “Breaking NEWS!” graphics in blazing red and 24/7 information buffeting is just too much. Party of Five has proven to be a well-needed respite from life in 2018.

If you haven’t seen it, or completely forgot about it (like I did before we started watching it), Party of Five debuted on Fox in 1994, before I had attached any negative connotations to the Fox brand. It follows the Salinger siblings, five young people just trying to get by in San Francisco in pretty much the most beautiful house ever after their parents are killed by a drunk driver. It stars Lacey Chabert, who went on to a starring role in Mean Girls; Neve Campbell, who was Sidney Prescott in the Scream franchise and recently had a role on House of Cards; Scott Wolf, who must have done some stuff afterward; and most importantly Matthew Fox, who was Jack on Lost. Fox plays eldest sibling Charlie Salinger in Party of Five, but my wife and I still call him Jack, because he’ll always be Jack to us, and if you consider the theories of time and space presented in Lost, he probably always was Jack. Just something to think about if you decide to queue up Party of Five.

When I watch movies or shows from the 1960s or ‘70s, they look old to me because I don’t recognize anything. I have difficulty seeing Party of Five the same way, because I lived through “the now” that it’s depicting. I remember when cars looked like that or the particular model of Sony television in the Salinger living room. I realize decades have passed, for example, in a scene when the youngest Salinger, 1-year-old Owen, gets sick with fever. The babysitter tries to reach Charlie-Jack on the phone at the Salingers’ family restaurant, but can’t. She takes Owen to the emergency room. Oh yeah, I remember, there weren’t cell phones then. That’s when it begins to feel archaic. When you see scenes of Julia (Campbell) at the coffee shop talking to her friend, and no one is behind a screen. No one’s face is washed in soothing blue light.

It’s in those moments that the sweet wave of nostalgia crashes over me. It’s then, and in the show’s opening credits, a montage of the Salingers’ triumphs and heartbreaks set to the BoDeans’ impossibly catchy “Closer to Free.” As I binge watch, now onto the second season, Netflix gives me the option to “skip intro,” bypassing the theme song and credits, but this wasn’t something you were able to do in 1994, and really, why would you want to?