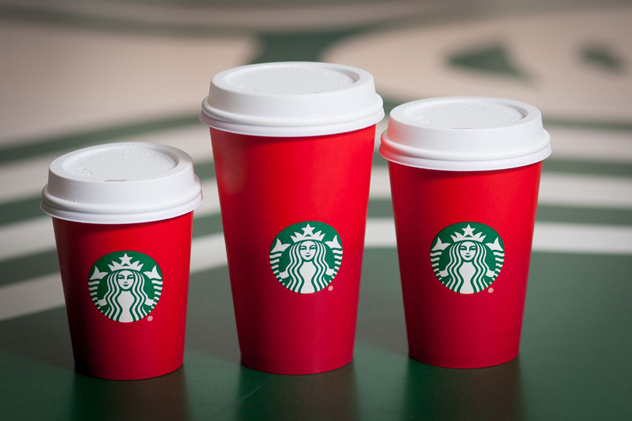 This past Sunday, I crept another year closer to 40 … And you didn’t even send me a card. I’ll get over it, I guess. I was more upset at Starbucks, anyway.

On that fateful Sunday, Nov. 1, I ventured into a Starbucks to treat myself to a fancier-than-usual cup of coffee. I was dismayed to find my order served to me in their trademark holiday season red cup. Here we were, the candles in all those jack-o’-lanterns still smoldering, and I was being forced to celebrate Christmas. It was my birthday, dammit, not Jesus’. Jesus gets everything. He gets major sports figures thanking him after every victory (and none of them ever blame him when they lose), buildings and monuments erected in his honor, a national holiday celebrating his birthday, and what do I get?

I didn’t make a stink about it to the barista, even though I end up feeling this way every year (dejected, unappreciated for all I do … I swear, I do stuff). It was as if Starbucks had declared war on my birthday. Instead, I just sipped my grande-whatever from my red Jesus Day cup and liked it. I even smiled at the barista and tipped the son of a bitch. He wasn’t the one who besmirched me, after all, it was Corporate America.

But it’s still not enough for some people that Christmas dominates the final two months of the Christian calendar year—that poor Thanksgiving has become more about doorbuster sales than about stuffing face with family. It’s not even enough that one of the world’s most recognized brands changes the design of its iconic cup every year to commemorate Christmas or “the holidays” or whatever. To them, the war hasn’t been declared on my birthday (which it has been) but on Christmas.

This year, Starbucks’ Christmas cup is just red. Even though it’s colloquially referred to as “the red cup” every year, it also usually bears some kind of yuletide design, like snowflakes and trees and stars, all that stuff that warms your heart cockles. This year, it doesn’t. It’s just red with Starbucks’ green mermaid logo smiling back at you from the middle of the cup. Red and green. Very Christmas-y. No matter. It’s blasphemy.

One major critic came from the British Parliament. David Burrowes, a conservative Christian, blasted Starbucks saying the “change smells more of political correctness than a consumer-led change.” He also pointed out that “The public has a common sense grasp on the reality that at Christmas time, whether you have a Christian faith or not, Britain celebrates Christmas.”

Oh … so then what’s the problem? If everyone is having a hunky-dory time celebrating Christmas, then is a coffee cup going to put that much of a damper on things? While his comments are disconcerting, it’s kind of refreshing to know that the United States isn’t the only nation that has right-wing Christian yahoos in high-ranking position of government who would rather politicize something stupid like a disposable coffee cup than actually run a country.

Andrea Williams of Christian Concern, an activist group that “has a passion to see the United Kingdom return to the Christian faith” (never mind the fact that it’s “common sense” that “Britain celebrates Christmas,” I guess), took the level of disdain against Starbucks up a notch.

“This is a denial of historical reality and the great Christian heritage behind the American Dream that has so benefited Starbucks,” she said.

There are a billion things about this statement that rub me the wrong way, which is pretty amazing since it’s only 21 words long. Maybe a blank red cup doesn’t scream Christmas as loud as, say, the tree in New York City’s Rockefeller Center, but it’s not like the Starbucks holiday cups in years past were emblazoned with baby Jesus chilling in the manger with the Blessed Virgin and whatnot. They were, like, pop Christmas, with all the beautiful pagan imagery we’ve grown to love and associate with the holiday.

If you still think there’s a war against Christmas, just rest assured that whoever’s battling against the holiday is losing miserably. My birthday, however, may never recover.

Happy 200!: On a side note, I’d like to thank anyone and everyone who’s ever picked up a copy of Submerge and our advertisers who’ve kept this publication going over the years. I’d especially like to thank Melissa and Jono who’ve kept me writing even when life has taken me in other directions. Thank you guys for believing in me and for making me a part of something we should all be really proud of.