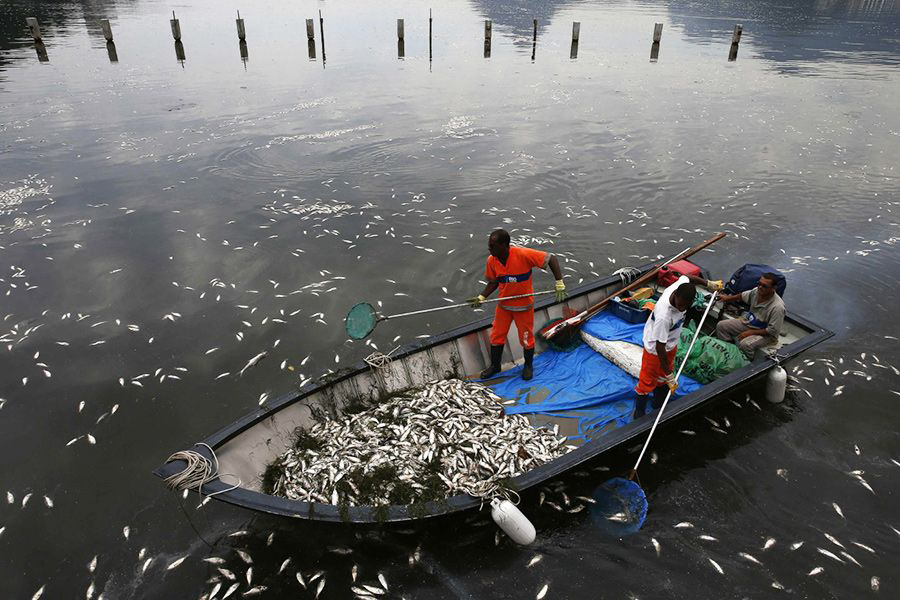 We can thank the ancient Greeks for this mess; they created the Olympics. Now, every four years a city is chosen to host the greatest athletes in the world for a few weeks of summer sports. We call it the Summer Olympics and being selected by the International Olympic Committee (IOC) to host the event used to be a real honor.

At some point though, things changed and agreeing to host the Olympics became more of a liability than it was worth. Now, most cities lose money hosting the games and are often left with significant infrastructure that is both expensive to maintain and of little use once the rest of the world packs it up and heads home. Part of the problem clearly rests on the IOC (who is in it solely for the money) and part of it falls on the cities themselves. Often, promises are made on both ends that are not realistic or were never meant to be carried out in the first place.

There is no better example of the dysfunction that has become the Olympics than the upcoming 2016 Summer Games in Rio de Janeiro, Brazil. For starters, the country has been in an economic downfall for some time, which only grew worse when their president was removed from office for corruption a few months ago. Due to a crash in oil prices, the government is also basically broke and unable to pay police to protect the public. As a result, incidents of violent crime have gone through the roof. In fact, Brazil is now the murder capital of the world, so gold medal to them! Even Juma the Jaguar, the official Olympic mascot, was shot and killed after escaping her handlers.

And then there are the other ways to die. By now, you’ve probably heard that the country is ground zero for the Zika epidemic and the World Health Organization has advised anyone who would like their lineage to continue to stay away. If the mosquitos don’t get you then perhaps a sip of water will. The bodies of water surrounding Rio also serve as its sanitation system, which means the lakes and ocean areas being used for the Olympics are full of shit, piss, garbage, super bacteria and, of course, a random human foot or two. To make matters worse, the local hospitals are running low on common medicines to treat the sick and infected masses that will soon be filling up triage centers hastily set up in their parking lots.

In light of these obstacles and in the spirit of the games, the IOC decided to make a few changes to the sporting events taking place at this year’s Summer Olympics. Due mostly to necessity, the Canoe Slalom is being renamed the Douche Canoe. Medal hopefuls will no longer be required to maneuver around a series of poles placed throughout the waterway. Instead, paddlers will navigate the everyday filth and feces of Guanabara Bay while trying to locate at least one disembodied limb in the murky waters lying beneath before the time runs out. Finding the most hands, feet and heads will get you the gold.

If the Douche Canoe doesn’t churn up something inside you, then perhaps the next new Summer Olympics event will. Synchronized Shitting combines the grace of swim dancing with the urgency of explosive diarrhea. The amount of water ingested by athletes in Rio’s aquatic events will be a big factor in determining who will compete for the gold. Montezuma’s revenge has never been so sweet, so grab your favorite toilet paper, cop a squat and prepare to be mesmerized. UPS has already agreed to sponsor the event. Go brown!

You know what they say, if the bacteria don’t get you, the super bacteria certainly will. That’s the idea behind the next event debuting in Rio: Water Polio. The rules to Water Polio are similar to the rules of Water Polo (whatever those are), with one key difference. Teams are required to play in pools contaminated with 100 percent pure Brazilian dookie until someone contracts the polio virus. The team that lasts the longest is awarded an additional five points. Dying for your team is the ultimate sacrifice and shows real dedication to your sport. Polio players, the IOC salutes you!

The Olympics are all about prestige, and it doesn’t get much more prestigious than submerging yourself in a pool of feces for a large chunk of semi-precious metal. At least that’s what the IOC would have you believe. The games used to be about bringing the world together in celebration of sport. Now they’re about the IOC, contractors and sponsors getting paid; safety for the citizens, athletes, trainers and visitors be damned! Congratulations IOC, you have created the shit show you deserve. Try not to swallow any of it!