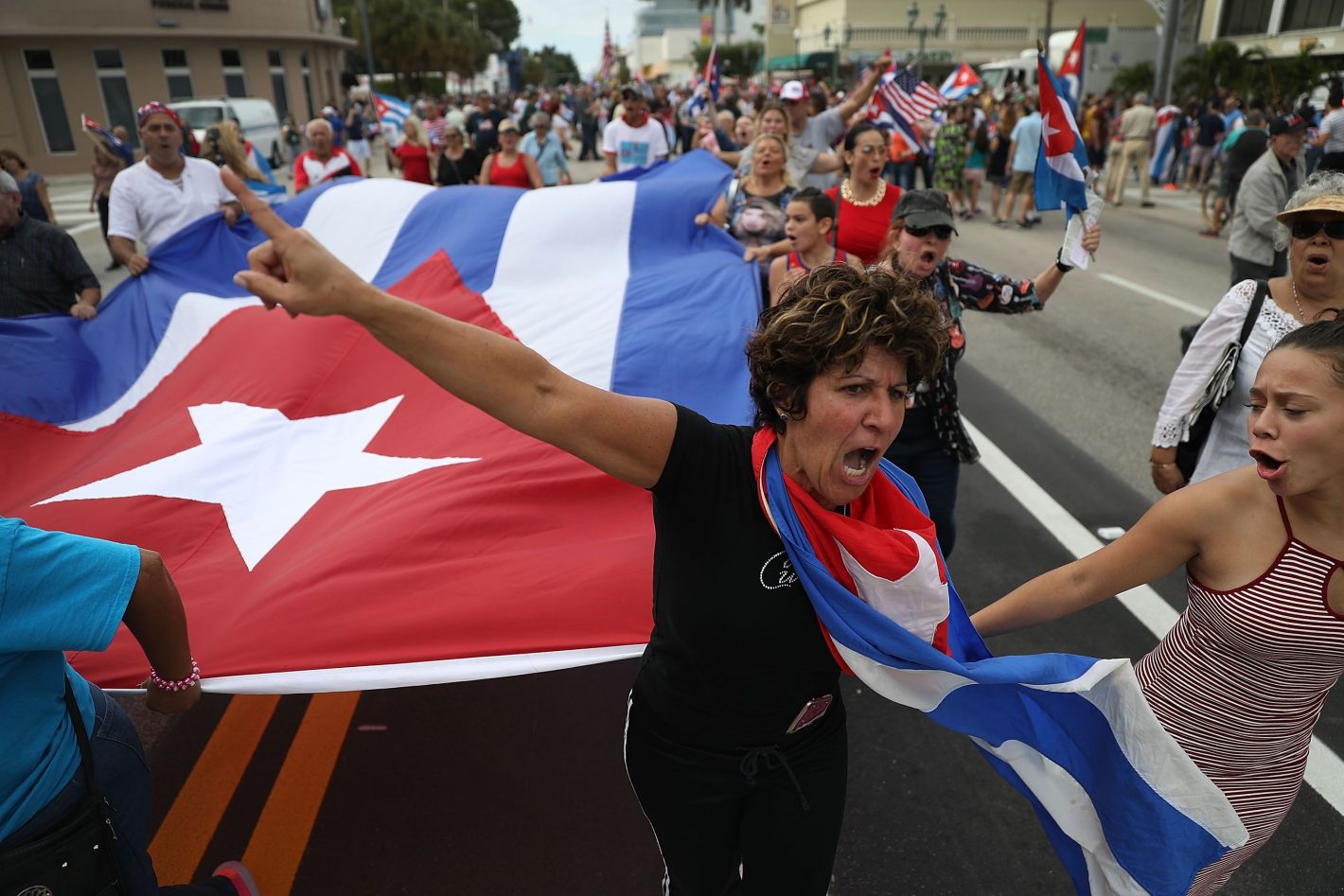 There have been a lot of famous deaths this year. The ones that got the most attention were beloved musical luminaries such as David Bowie, Prince and more recently Leonard Cohen. None of them, however much we loved them, carried the same amount of historical gravitas as Cuba’s ex-leader. To some he was a brave revolutionary and to others he was a brutal monster. I’m not sure what the right answer is, but he was probably both. These things aren’t mutually exclusive. You can stand for something you think is important and fight for it, bravely, and still be a complete dick.

It doesn’t matter now, though, which is “true,” because now he’s dead, at age 90, and was cremated. Whether you’re happy, sad or indifferent about this probably says more about you than it does about the departed. I do admit, however, that I was always fascinated with Fidel. Not really because of his politics or his revolutionary persona, but because my parents would talk about him a lot—specifically the Bay of Pigs and the Cuban Missile Crisis, which they both had vivid memories of. When I was young, John F. Kennedy was my favorite president because my mother had an old LP of one of his inaugural addresses. Could you imagine that such a thing was pressed on vinyl? Anyway, I listened to it a bunch when I was in middle school and in my early high school years. I think I wrote a paper on the Bay of Pigs around that time, and, I guess since it was history, it was sort of thrilling to learn about a time when the world was on the brink of total disaster and not actually have to live through it.

Now what I find the most fascinating about him is how his death was commemorated in Cuba. Castro’s ashes were paraded in an urn across the country over the course of nine days.

“Since Castro’s death on Nov. 25 at age 90, hundreds of thousands of Cubans lined streets and plazas to bid farewell to ‘El Comandante’ (The Commander), with a combination of tears, vows to sustain socialism and choruses of ‘I am Fidel!’” stated an article on Reuters.com.

As of this writing, the remains of El Comandante were finally laid to rest in what NPR curiously called a “private ceremony,” which featured a 21-gun salute. I mean, you know, because that’s how quiet ceremonies in my family are conducted. You mean they don’t do that in yours?

He will now rest in perpetuity at the Santa Ifigenia Cemetery in the city of Santiago de Cuba, where his ashes are now interred, no joke, in a granite boulder.

I’m going to go out on a limb and say that when it’s my time, my ashes won’t receive this sort of treatment, nor will my body be embalmed and encased in crystal so people can come by and take selfies with it—or whatever it is young people will upload to whatever it is replaces Instagram or Snapchat or whatever. That sort of treatment is only doled out to the most important among us. It helps if your family seems to have a stranglehold on the political power structure of an entire country, too.

So, like, a thousand years from now, people will probably look at this rock in Cuba, assuming that rising ocean levels haven’t engulfed the entire nation by that point, and say, wow, look at this guy here. He must have been something special if they put him in this here granite boulder. And I guess they’d be right. I mean, he was something. But does that make him more something than the rest of us? And if it does, then why?

I think back to my own life, and I’ve always at least tried to be nice to people, even if I haven’t always been successful. I haven’t tossed anyone in jail just because they disagreed with me (though, honestly, sometimes I’d like to), and no one who’s ever met me, no matter what they think of me, would ever call me a tyrant. But then here’s this guy who split families apart because of how polarizing he was. Some of those families got on rafts and risked life and limb to try to escape to Florida, if you can imagine such a thing—to want to escape to Florida. I’m sure you’ve been pretty swell to everyone you’ve met, too, or at least tried to be. Who’s going to make sure we’re interred in granite?

Well, I’m tired of being fascinated with villains and demagogues. That part of me is dying with you, El Commandante. Adios.