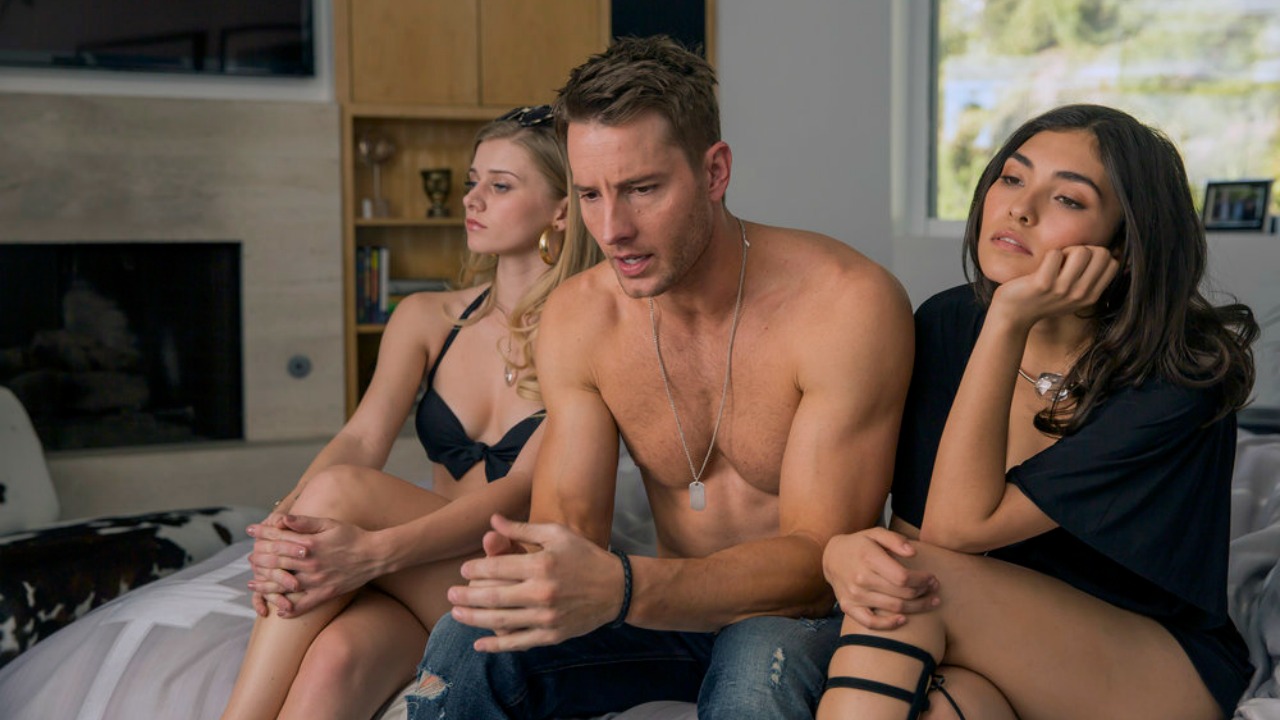 This Is Us / Photo by Ron Batzdorff/NBC

Perhaps this scene is familiar in your own home:

“Hey, what are you watching?” I asked my wife innocently.

“This Is Us,” she quietly replied while pensively hugging a cup of coffee close.

She didn’t answer right away. She took a thoughtful sip.

I made room for myself on the couch and sat down next to her. She was quiet. I was quiet. I made a couple of snarky comments to break the palpable silence. We snickered … Sort of. But there was really no escaping it. This Is Us is probably the most frightening show on television.

I kind of miss the days when horror movies used to scare me. They still do, in the moment. I jump and scream like a teenage girl at all those cringe-y “boo!” moments, but they don’t linger in my brain like they used to. My first horror movie, Poltergeist, freaked me out so much that I had a hard time going to the bathroom by myself for weeks after. The Exorcist freaked me out so bad that I’d stay awake until the sun came up and it felt safe to go to sleep. And even later in life, Ju-on: The Grudge left me with a sticky feeling of dread that I couldn’t shake for days after.

It’s OK to be afraid of ghosts and demons, though, because there’s a good chance these things don’t exist (though my superstitions won’t allow me to write them off entirely). Supernatural entities are safe to be afraid of, because you’re probably never going to encounter one, and if you do, then the solution is simple: just run or douse yourself in holy water or whatever. I mean, it’s really all you can do. This Is Us is a much more difficult kind of scary.

First off, and this is just generally speaking, but emotions are scary. Like, seriously, feelings are just too much to bear sometimes. Especially when you’re just trying to spend a lazy Saturday afternoon, lounging around in your pajama pants and streaming stuff on Hulu. You’re not looking to feel anything. Like, if you wanted to feel something, you would have decided to put on real pants and leave the house. Instead, you chose the warmth and security of putting off reality for as long as you possibly could, but This Is Us doesn’t care about your plans. It’s like, hey, buddy, here’s a steaming bowl of emotions, and we’re going to make you eat it.

So there you are, just sitting there, trying to be a robo-zombie, and then you get the first twinge of emotion. For example, you have Sterling K. Brown trying to keep his anxiety at bay while dealing with his high-pressure job, his familial obligations and his biological father suffering through terminal cancer. If that wasn’t enough, you see flashbacks of Mandy Moore and Milo Ventimiglia’s relationship before he passed away. You see them be happy, or sad, or struggle with whatever, but you know in the present that the dude is dead and you’re like, just cherish what you have, god damn it! It’s not going to last forever!!!

And then you look over at your spouse and—if Eeyore is your spirit animal, like he is for me—you realize that this is going to happen to you one day. Sure, it may not be today or even for another 20 years or so, but it’s inevitable. There’s no escaping this. Sort of like that ghost lady from Ju-on, once you step foot in that house, you’re a goner, and that little blue boy is going to find you even if you’re having lunch with your friend in a crowded restaurant in broad daylight.

And then I realize that I’m 12 years older than my spouse, and that I’m probably going to be the one to go first. Her hobby is yoga; mine is whiskey. And then I think, yeah, I’m probably going to go first, but doesn’t that mean I’m the one who’s getting off easy? That is if we’re the lucky ones who make it to the whole “‘til death do we part” thing. She’s going to be saddled with my final expenses and soldiering on alone after being married for so many years. I mean, even the title of the show, This Is Us, it’s telling you all this shit is going to happen to you at some point. It’s fucking frightening.

So, I guess what I’m saying is watch it at your own risk, especially if you’re like me and live with a perpetual rain cloud hovering above your head. Look at the bright side and remember that Netflix’s revival of Mystery Science Theater 3000 is due to debut on April 14, and that show is so goofy and silly that there’s surely nothing bad that could come from watching that—until you remember that the show last aired in 1999, which was 18 fucking years ago. Oh, is there anything that will halt the cruel march of Time?!