Star Wars: The Force That Keeps on Giving 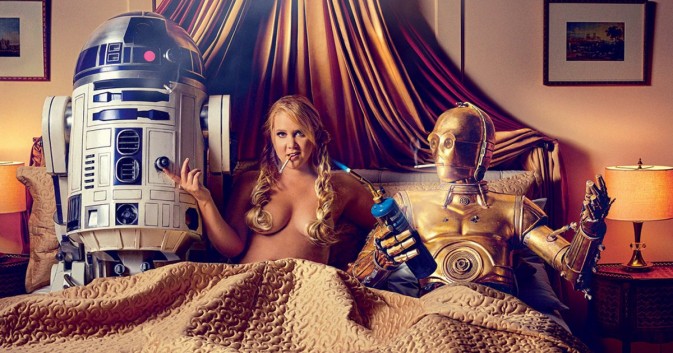 Like it or not, the Star Wars universe is set to expand substantially. Disney recently released a teaser for the next film in the series, a spin-off entitled Rogue One: A Star Wars Story, and it looks like we could be off to a good start. That doesn’t mean Disney can rest on its laurels. Star Wars is a property of unlimited potential, but today’s public is a fickle bunch and movies take a long time to make. The House of Mouse needs to strike while the iron is hot, and thankfully, it is.

Netflix has proven to be a more than capable place for science fiction and superheroes. Disney has taken great advantage of this already with their Marvel properties, Daredevil and Jessica Jones, so it’s no surprise that it plans to do the same with Star Wars. In fact, Disney has already released the name and a brief description of a new spin-off series headed straight to Netflix.

Star Wars: The Florist Awakens is the story of Jade Lily. Jade’s flower arrangements were the most beautiful in the galaxy. Jade didn’t know the force was strong within her and that it guided her arrangements to perfection. She might have never known about her gift if one of her arrangements hadn’t caught the eye of a young Jedi Master named Yoda who decides to take her in as his first Padawan.

Jade’s life will never be the same and neither will yours after you try some delicious treats found only on Star Wars: Wookie Cookie. Watch Star Wars come crashing into reality with this new live cooking show hosted by Chewbacca himself. All of your favorite baked goods are on the menu, but with an intergalactic twist. Whether it’s Brrrnnwrr bread, Caaallll cake or the universally famous Wookie cookies, Chewbacca’s recipes can’t be beat. You’ve not eaten until you’ve eaten like a Wookie!

Hurry up and finish that snack, though. You probably won’t want to be eating while watching the next Star Wars spin-off in the works. Have you ever wondered what happened on Endor after the end of Return of the Jedi? Star Wars: Ewok Apocalypse has all the answers you seek.

With the Death Star destroyed, Endor no longer served a strategic purpose to the Rebel Alliance, leaving the poor Ewoks behind to pick up the pieces. The Rebel Alliance had led the cute little fuzz balls to believe everything was going to be fine after the Imperial Forces were gone. But when the remnants of the Death Star came crashing down to their world, the Ewoks were left to survive on their own. Ewok Apocalypse is one-part Tree House Masters, one-part The Walking Dead, one-part House of Cards and one-part World’s Cutest Pets making it completely amazing television.

I won’t kid you, you are going to need a laugh after an hour of Ewok Apocalypse and once again, Disney has you covered. The next spin off series takes a nod to the classics like Bloopers and Practical Jokes, Candid Camera and Punk’d. Star Wars: A Ford Awakened features none other than Han Solo himself, Mr. Harrison Ford in his most harrowing role yet: the crotchety old man he has grown to be in real life.

There is no better way to discover the true nature of a person than by seeing how they react to being woken up unexpectedly. On A Ford Awakened you get to watch over and over again as Harrison Ford is brought from slumber by all sorts of characters from the Star Wars universe. Have you ever wanted to see a squad of Sand People wake up Harrison Ford? Then this is the show for you! Tune in to see which characters will guest star each week. Watch Harrison grow angrier and more delusional from lack of sleep with each prank! Be like Ford and don’t sleep on Star Wars: A Ford Awakened!

As if all of the above were not enough, Disney also wants to put the “Star” back in Star Wars. Star Wars Got Talent is sure to fill that void. Sure they can fight, but can any of our favorite Star Wars heroes, heroines and villains sing? Will the sultry smokiness of Kylo Ren win out over Darth Vader’s robotic Auto-Tune R&B throwback? Who will crush who with the power of the Dark Side? Renowned theater critic Jabba the Hutt has already signed on to be a judge.

All of these shows will be truly out of this world. If history has shown us anything, it’s that you can slap Star Wars on anything to make it better. Surely Disney knows that, and if you didn’t, you soon will. May the Force be unavoidable!