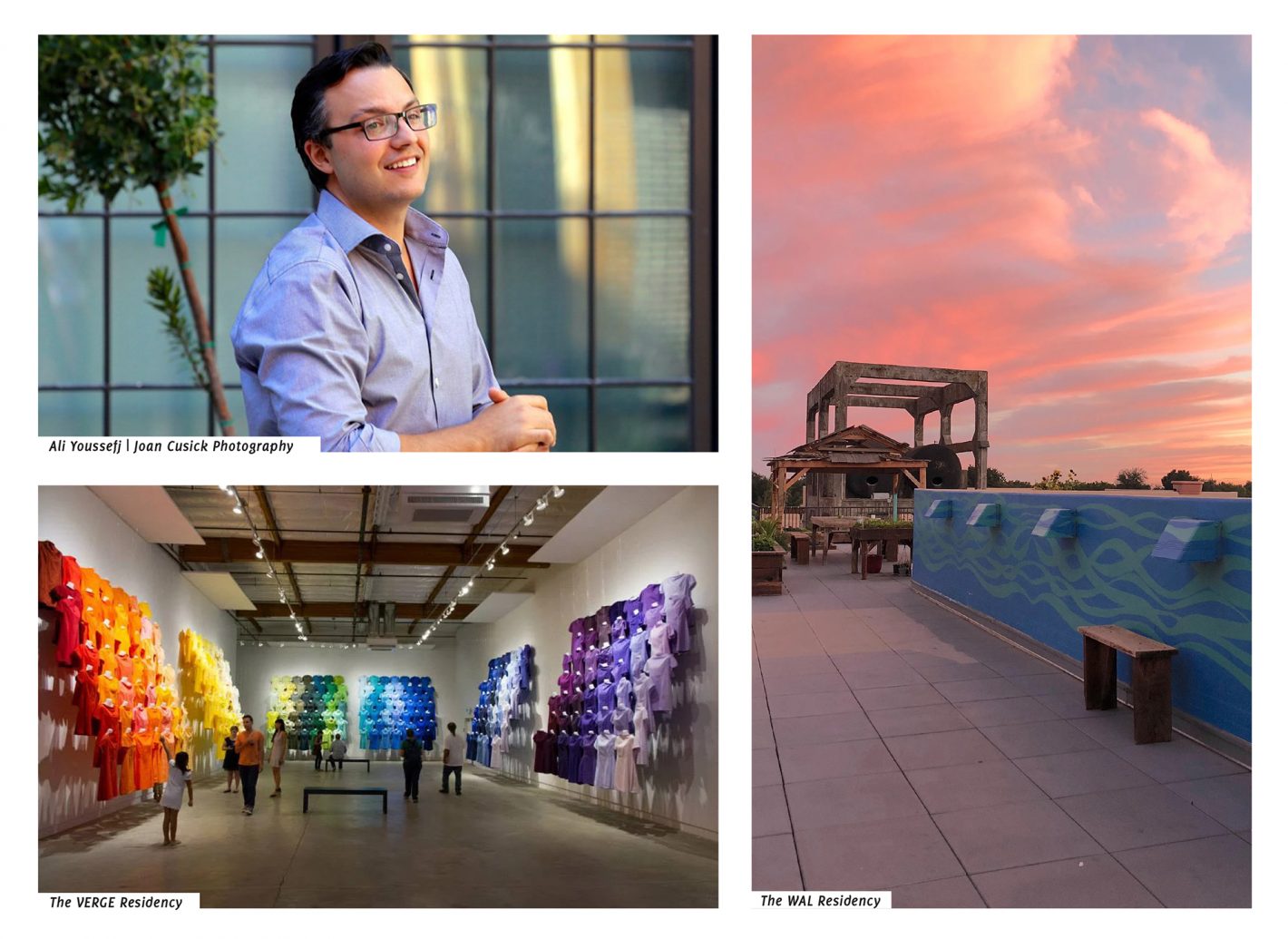 An exciting new opportunity for two artists—one from the Sacramento region and one from beyond—was just announced last week when the newly formed Ali Youssefi Project, in partnership with the Verge Center for the Arts, announced its inaugural initiative. Their “Artist in Residency Program” is now open for applications through Aug. 5, 2019, and “is designed to create meaningful opportunities for inspired artists by providing much-needed financial support.” The two winners, who will be reviewed and selected by a panel of arts professionals along with members of the Ali Youssefi Project, will be announced in early September and will receive free studio space at Verge, a $500 monthly stipend and a coveted solo exhibition at the Center. The artist who wins from outside our region will also receive a furnished, live-in studio apartment at Warehouse Artist Lofts (WAL), including free utilities and Wi-Fi, for three to six months.

Artists are encouraged to learn more and to apply for one of the two residency programs online at Aliyoussefiproject.com.

The Ali Youssefi Project was formed to honor the late, great Sacramento developer and active supporter of the arts who sadly lost his battle with stomach cancer in March 2018. Although he was only 35 years old at the time of his passing, Youssefi played a critical role in not only developing WAL—an affordable housing project in downtown Sacramento where countless artists, musicians, dancers, writers, designers and other creatives live and/or work—but he also worked on the redevelopment of the 700 block of K Street, and other high-profile projects that have been vital in the current renaissance our city’s core is seeing.

Ladi Youssefi, sister and Ali Youssefi Project co-founder, said in a press release submitted to Submerge, “We started the Ali Youssefi Project as a way to continue Ali’s important work and to reinforce his devotion to this city that he loved so much. We are excited to partner with Verge for our first initiative: the ‘Artist in Residency Program.’ This program is just the beginning as we want to continue what he started by funding other projects that uplift and amplify Sacramento and beyond.”

In the same press release, Liv Moe, founding director of the Verge Center for the Arts, stated, “We are thrilled to partner with the Youssefi family to honor Ali’s legacy with the new ‘Artist in Residency Program’ that gives both local and national artists meaningful support as they create work and contribute to the Sacramento art scene. Our goal is to further Ali’s belief in dreaming big and finding a way to make it happen. We are looking forward to growing this project and our continued partnership with the Ali Youssefi Project.”

Stay up to date with the Ali Youssefi Project by following them on social media or visiting their website, Aliyoussefiproject.com.