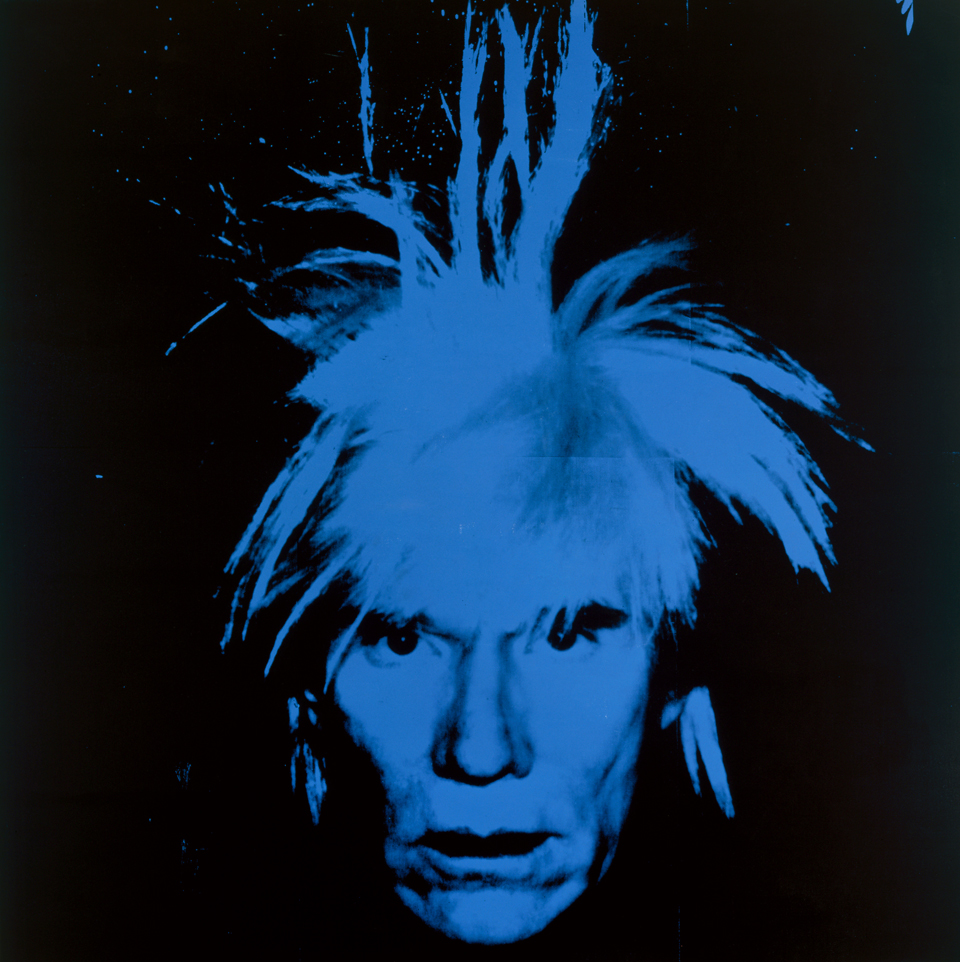 We can’t get enough of Andy Warhol. The artist has been dead for 30 years, yet he transcends genres and generations.

Warhol was ahead of his time in recording, collecting and marketing his work and stories of himself. He photographed everything and audio-recorded thousands of hours of himself speaking. Some of Warhol’s most famous pieces of art are traveling worldwide alongside the art of Chinese artist and political activist Ai Weiwei. At the same time, Sacramento residents are filming selfie screen tests just like Warhol did in the ‘60s at the Crocker Art Museum.

The Warhol brand is like an international fashion house—it remains relevant through movies, books, clothes and even greeting cards and perfumes.

“He is one of the most fascinating public and creative figures of the latter half of the 20th century,” says Crocker curator Diana Daniels. “People are intrigued because his influence was so wide-ranging. For more than 30 years, Warhol was connected to the most creative individuals in America and from abroad, who wanted to be connected to him. This means that his influence is felt not only in visual art but in design, fashion and music, particularly New York’s rock scene, from The Velvet Underground to David Bowie.”

In the last eight years, predictions Warhol made decades ago about our society have also become more prominent, as we spend our days publicly living and creating on social media.

“He predicted things like Instagram and Twitter,” says public relations associate Elena Macaluso on a bright Friday afternoon at the Crocker, walking into the Andy Warhol: Portraits exhibition.

Portraits offers a biographical Warhol experience and smartly weaves in social and political commentary that was as relevant to Warhol’s study of celebrities, politicians and the rich in the ‘60s–80s as it is today.

One of the coolest aspects of the exhibit is Warhol’s Silver Factory, which has come back to life from east 47th Street in Midtown Manhattan to the third floor of the Crocker. The Silver Factory is where, from 1962-‘68 (and in later years at other locations), Warhol welcomed celebrities, drag queens, musicians, transsexuals and artists to partake in his creations, leave behind any judgment and sleep off methamphetamine, a popular drug during that period. 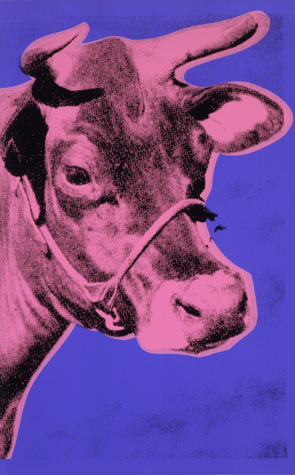 Warhol used the Factory, which was covered in aluminum and silver paint, to create his famous silkscreen portraits, movies and other works. He’s been quoted as saying that those who hung out in the Factory were not there to hang around him, but that he was there to “hang around with all of them.”

To recreate the Silver Factory, Crocker Manager of Museum Learning Melissa Sais began researching and conceptualizing more than a year ago. Late last year, she hired set designer Jarrod Bodensteiner of the Sacramento Theatre Company to construct the space, and DJ Larry Rodriguez, who spins Saturdays and Sundays at The Press Club, to create the soundtrack.

“We based the design on historic images but had to work within the constraints of the museum room,” Sais says, pointing out the faux walls that cover up the otherwise floor-to-ceiling windows on the third floor, and the fabricated pipes and window fans.

With 20 cans of spray paint, four rolls of industrial aluminum foil and one red sofa, Sais and her team had a complementary interactive exhibit to the portraits of Warhol’s friends who once hung out in the Silver Factory.

“The Crocker’s interactives are meant to add a dimension of educational play and other sensory experience to the history of art,” Daniels adds. “For this exhibition, Warhol’s Silver Factory was the most inspiring aspect for this type of exploration because this is exactly what Warhol did—he invented a space where the usual rules didn’t apply, removing conventions that were obstacles to the play creative types require.”

Daniels says that for young people, Warhol is history and the cultural references to him are new terrain, so “to see that someone covered an entire space in aluminum foil as a form of expression and a changing of ‘the rules’ is something to be experienced.”

For those who lived to see Warhol’s impact on the world in real time and those who studied him after, the Polaroids and funky portraits in life size—often 40 x 40 or larger—are mesmerizing.

Sais’ favorite is the Dolly Parton photo, “because I always thought she was so pretty.”

For Daniels, it’s the three Jackies from 1964, “art historically important and tremendously profound regarding the change in American culture that President Kennedy’s assassination catalyzed.” 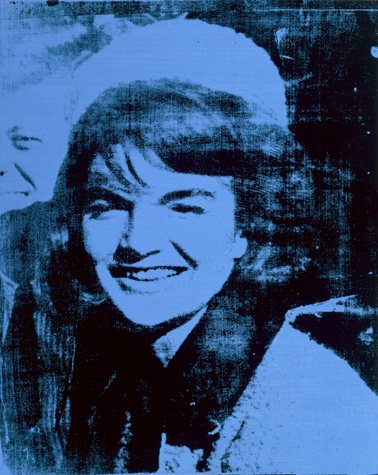 She also loves Nine Heads of Japanese Corporations as clever, yet understated social observation and commentary, and Warhol’s enormous Self-Portrait in Blue, which he painted nine months before his death.

“For intellectual and personal reasons, this for me, is such a vivid encounter with the art, myth and legacy of Andy Warhol,” Daniels says.

Pieces like the self-portrait, which is used in the marketing for the current exhibition, commonly pop up in Warhol Google searches, but standing in front of a two-story face doesn’t compare.

“High quality electronic displays do a tremendous job of providing information about a work of art,” Daniels says. “The introduction to a work can enhance the encounter with the real object by making it more familiar—the mere-exposure effect in psychology. But all photographs and electronic displays have a flattening effect in what they convey about an art object. Also, just like people, art can or cannot be photogenic. Often times my gut reaction to art viewed on the computer screen fails in comparison to the actual object.”

Another standout piece in the exhibition is one of Warhol’s nearly 100 variations of Leonardo da Vinci’s The Last Supper, in which a gym advertisement with a generic bodybuilder and the line, “Be a Somebody with a Body,” is followed by giant repetitive images of Jesus’ face from The Last Supper.

Finally, a fun claim for California to the Warhol party is the tiny signed photo of a young Arnold Schwarzenegger. 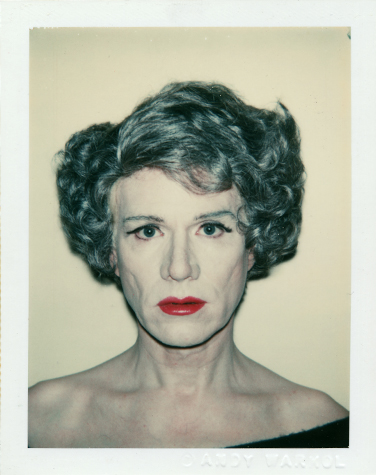 “In August 1977, Schwarzenegger was not yet a movie star and in no way a political prospect,” Daniels says about the photo. “But, he wanted to be someone and chose body building as his way to the perfect body, which was his means to becoming someone special, i.e., famous. Regarding having the best body in the world, he actually stated in an interview: ‘It means that I’m somebody special.’ This makes him exactly the type of aspirational personality that wanted a Warhol portrait because a Warhol portrait shouted to the world, ‘I’m somebody special.’”

Were Warhol alive today, he would likely have a never-ending list of clients, and undoubtedly would have found a way to miniaturize his portraits perfectly for that square space on our Instagram feeds.

Create your own Warhol-style portrait or screen test while experiencing the artist’s life and work through Andy Warhol: Portraits at the Crocker through June 19, 2016.

The Crocker Art Museum is located at 216 O Street in Sacramento. Museum hours are 10 a.m.–5 p.m., Tuesday–Sunday (open till 9 p.m. on Thursdays). General admission tickets are $10 for adults, $8 for seniors, college students and military, $5 for youth (aged 7–17) and free for children 6 and under. For more info or to purchase tickets go to Crockerartmuseum.org.