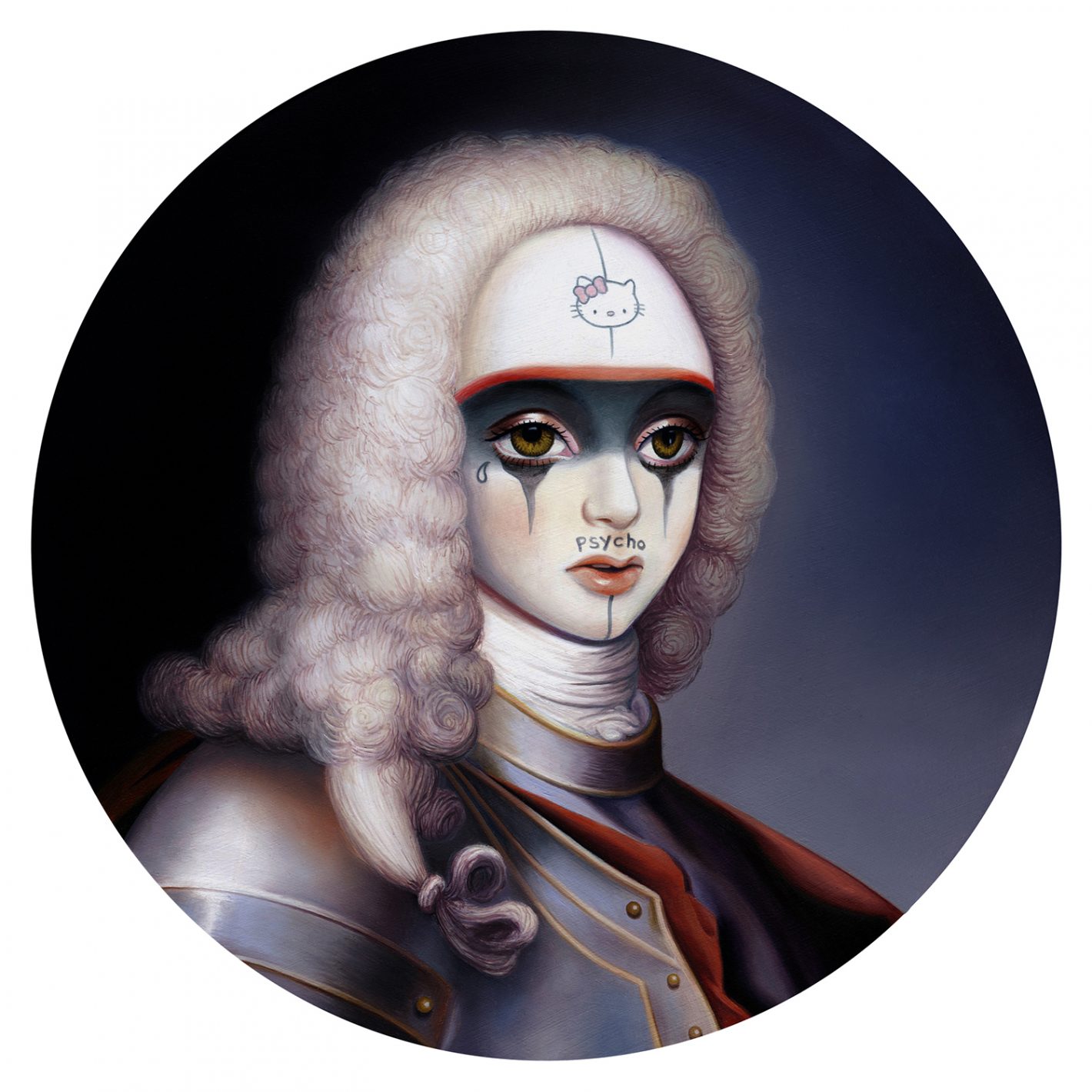 Many Sacramentans support the local arts scene by frequenting events and thereby being a part of the fabric of our arts community. It isn’t every day, though, that we get a glimpse into the process, the mess and the commitment that it takes to create the works we love to view. Enter Sac Open Studios: a two-weekend, citywide event under the direction of Liv Moe and the Verge Center for the Arts team, in which artists-in-residence of all media, ages and styles—front doors agape—welcome peepers to check out their creative spaces.

One of the Sacramento-based artists opening his home studio is Dan Lydersen, a figurative painter whose style is a mix between Renaissance, Baroque and pop. His subjects are typically banal landscapes with unexpected things occurring within them. Lydersen often leverages iconic, historical art as inspiration, blended with modern, dystopian themes. 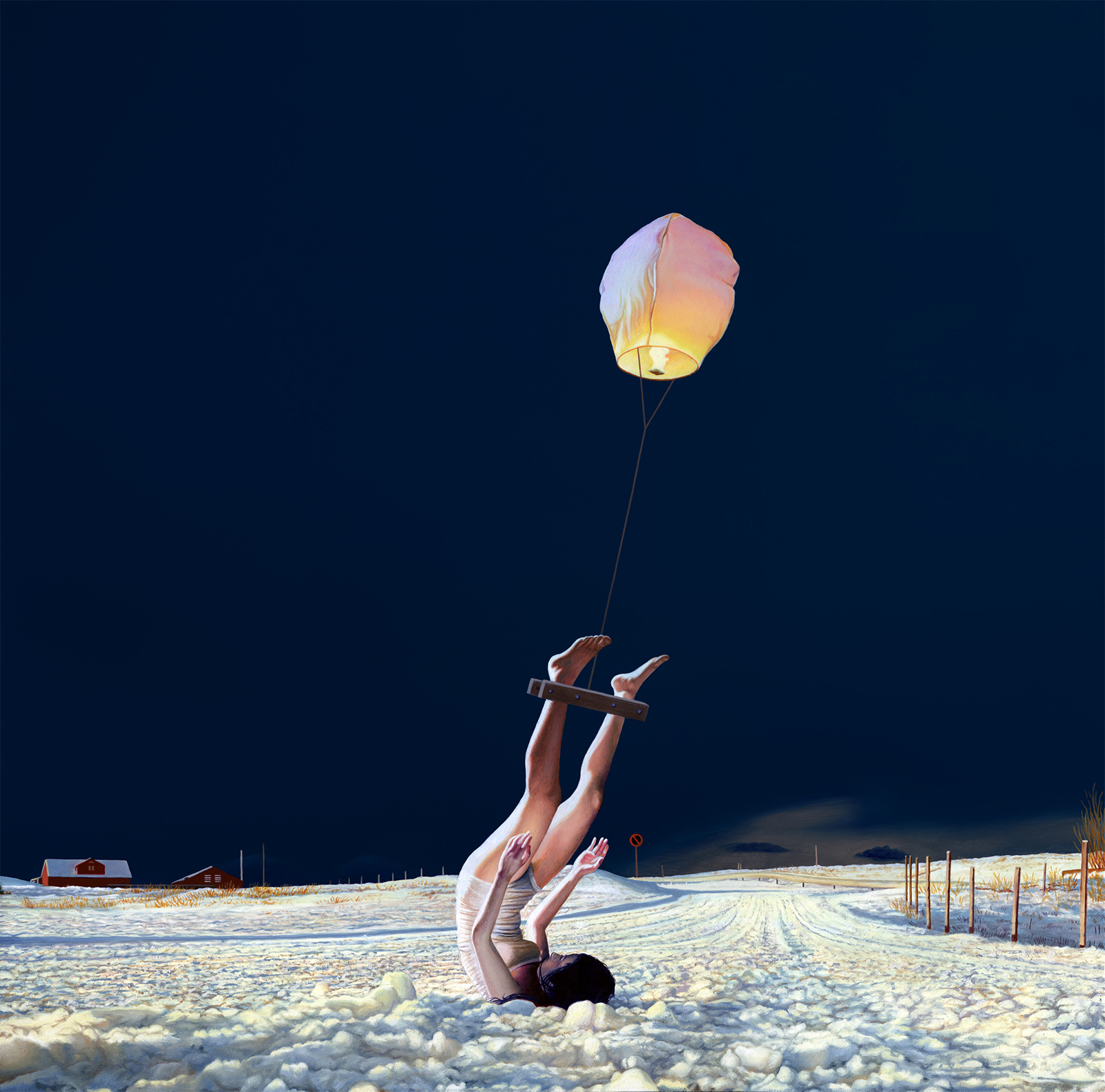 “I’m not trying to make a specific point with any of them, they’re more suggestive and theatrical, like open-ended narratives,” explains Lydersen. “I don’t think a painting has an inherent meaning; it all depends upon what it means to the viewer. In a more intellectual way, I think the point is to entertain people. Art should be fun, and if it’s not, how are you going to engage people at all? My paintings have a lot of darkness in them, but they’re all sort of funny, too.”

Lydersen lives in River Park with his wife and baby. He works at night and takes care of his daughter during the day, making a living with sign painting, graphic design, set design and selling his paintings. Lydersen’s wife is an ecologist and fire researcher, focusing on past fires to extrapolate the best way to manage future fires.

“It’s tough trying to take care of a baby all day and trying to be creative at night when you’re tired, but I find I’m happier when I make myself do it,” says Lydersen. “I get antsy if I don’t have a creative outlet.”

His studio is his garage, and other than a washer and dryer, it’s filled with canvases and supplies. The largest piece is a work in progress that so far has taken him two years and still shows much underpainting with more details to come. Tentatively titled The Lost Judgement, it’s loosely based on Hieronymus Bosch’s The Last Judgement.

“Hieronymus Bosch is my all-time favorite artist,” says Lydersen. “I’ve been wanting for a long time to do something a little more ambitious than what I usually do—small to medium sized in the grand scheme of painting. For me, with how detailed I get, this [The Lost Judgment painting] is pretty large. I wanted to do something that’s more or less everything I’ve done in the past mashed into one painting, and this is it. It’s not a direct representation of The Last Judgement; I just thought I’d use it as a framework to expand the weird universe that I’ve been creating.” 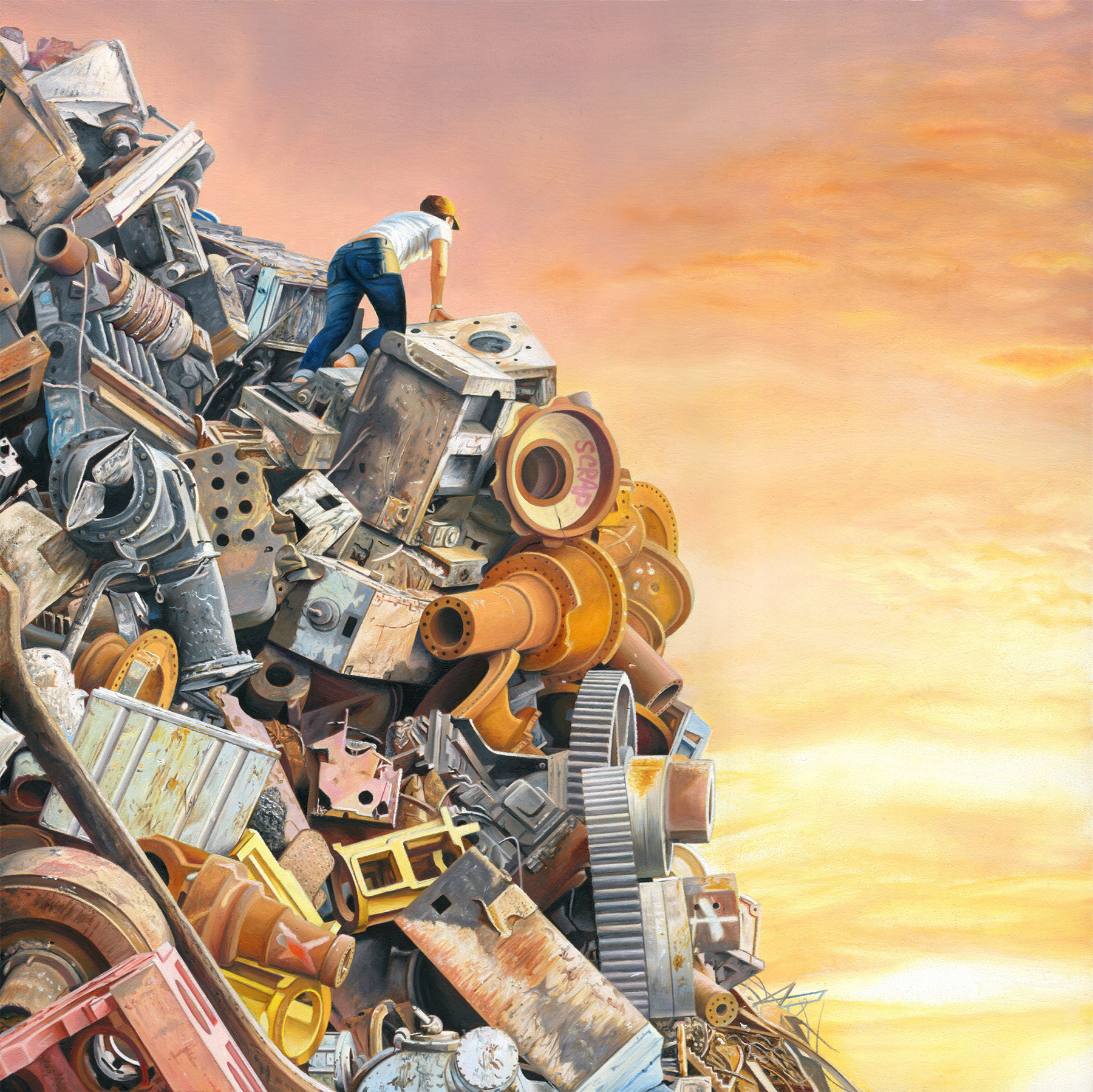 While historical at a glance, Lydersen’s paintings don’t have much to do with history, other than that the viewpoint is Renaissance to modernism, with the idea of the canvas being a window into another space.

“This one has more to do with the overall plight and situation of humanity,” explains Lydersen, referring again to his largest work to date. “A lot of my work is imposing my view of humanity as if I were an outsider, like an alien who sort of barely understands what humans are all about, as opposed to shedding light on some of the absurdity of human behavior.”

For example, there’s a jackrabbit eating grapes off a person’s arse. 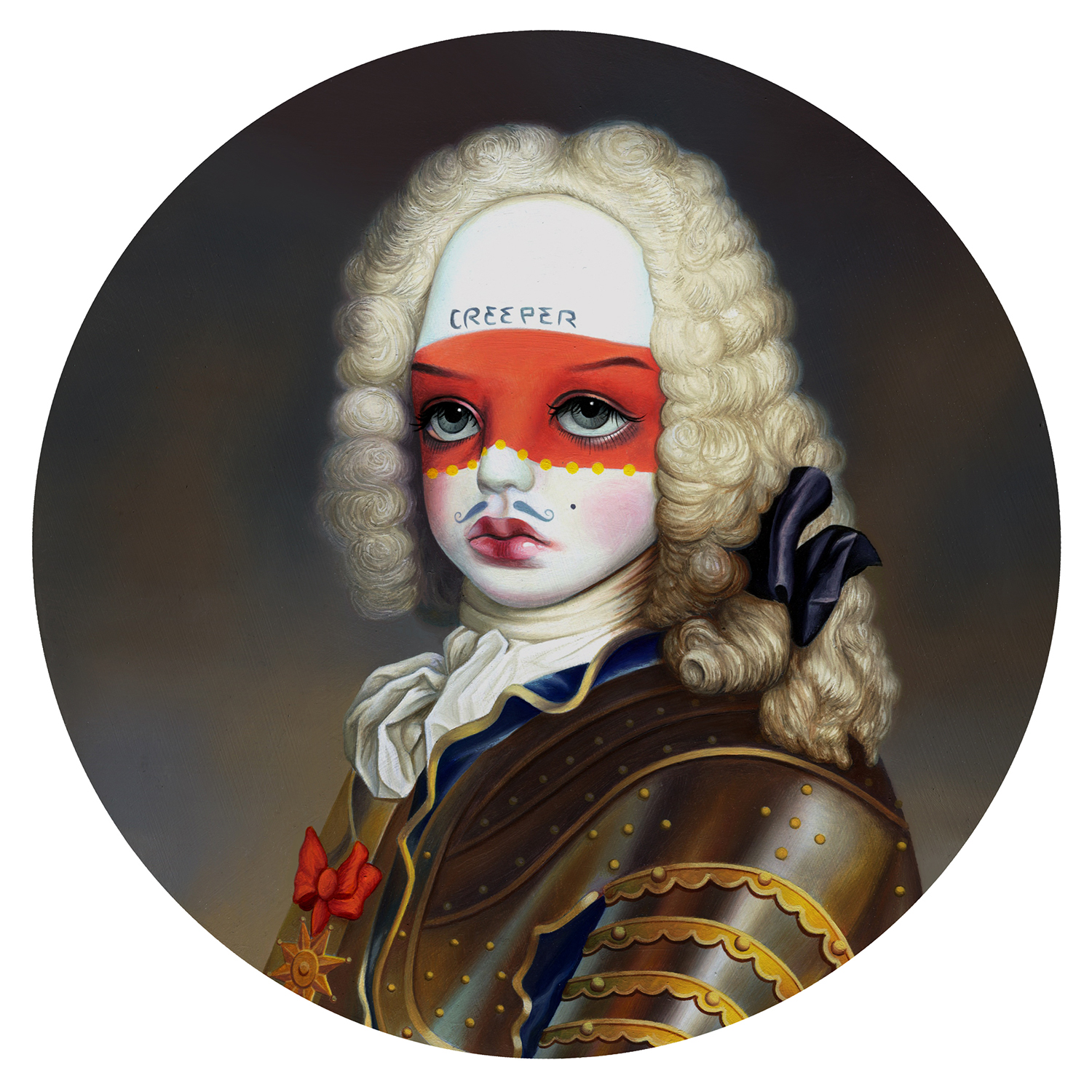 Lydersen shows me Baroque-style portraits of men with face paint, a Hello Kitty forehead tattoo and “creeper” scrawled across another forehead. These aren’t replicas of specific pieces, but are executed in the style of old portraiture of aristocrats, taking antiquated signifiers of gender and juxtaposing these cues with signifiers of gender today.

“In the past, men would wear these powdered wigs and medals with ornate armor, with bows and things that were typically male back then,” explains Lydersen. “But today, he was sort of what we think of as feminine. Same thing with war paint, makeup, tattoos…they’re straddling a line between genders. Hopefully it’s an interesting push and pull between those visual gender indicators. That’s one thing I’m super interested about in art history: looking at where we are now and seeing how we got there in terms of the way people used to view things, like gender, race, religion and so on.” 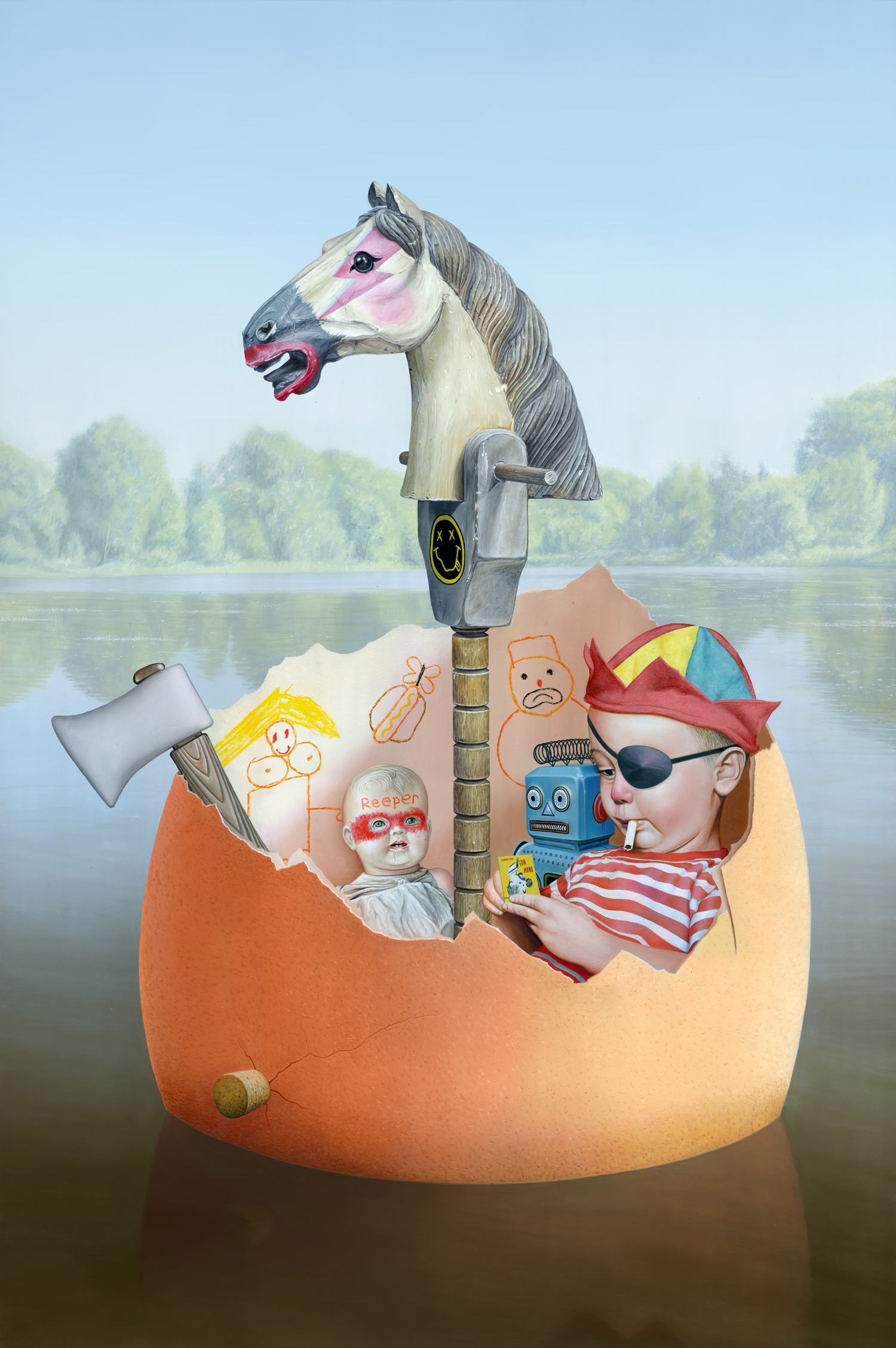 Lydersen’s been painting since he was a teenager, but has been doing it professionally for the past 10 years. Spending most of his 20s as a touring musician, he became more serious about painting in 2005 when he went to grad school. In 2007 when he graduated, things picked up, with gallery representation and garnering attention as an artist in the Bay Area. Represented by Jack Fischer Gallery in San Francisco, he hosts a solo show there every two or three years and also does a lot of group shows in L.A., as well as a bunch of scattered exhibitions across the country.

“Part of the reason I’m doing Sac Open Studios is because I’m not really involved with the visual art scene here,” admits Lydersen. “I’m kind of involved with the theater scene. I do some work for Capital Stage on J Street. But I haven’t shown here much, so I figured I’d open up the studio and let people come.” 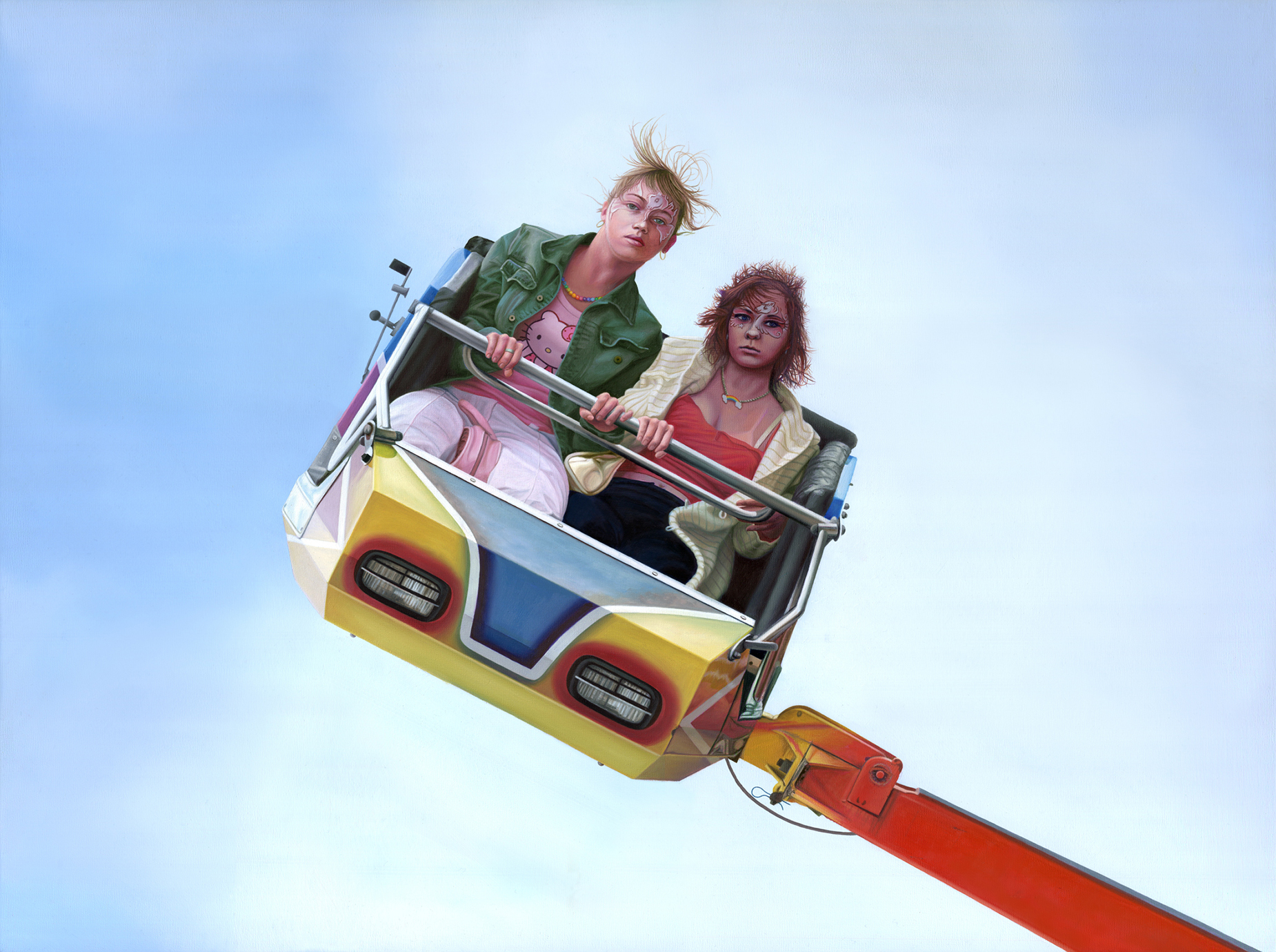 This is Lydersen’s first time participating in Sac Open Studios.

“For me personally, from sort of an outsider’s perspective, it doesn’t seem like there’s as much money here in terms of collectors,” says Lydersen when asked how he would compare the Sacramento art community with the art communities of San Francisco and Los Angeles. “Yet when I left SF, there was so much going on there, so many artists, that it was easy to get lost and feel insignificant. I liked that immediately upon moving here, although I haven’t been much a part of the visual arts scene, I gather from working with the theater that it’s a vibrant art community here. But it’s still small enough that you can actually make an impact, get involved and not just be a nameless, anonymous artist in a giant sea of other nameless, anonymous artists.”

What does he hope to gain from opening his studio to the public? Lydersen doesn’t ask much.

“I would love if people who aren’t just neighbors wondering why my light is on all night would come by. And to meet other visual artists in the area.” 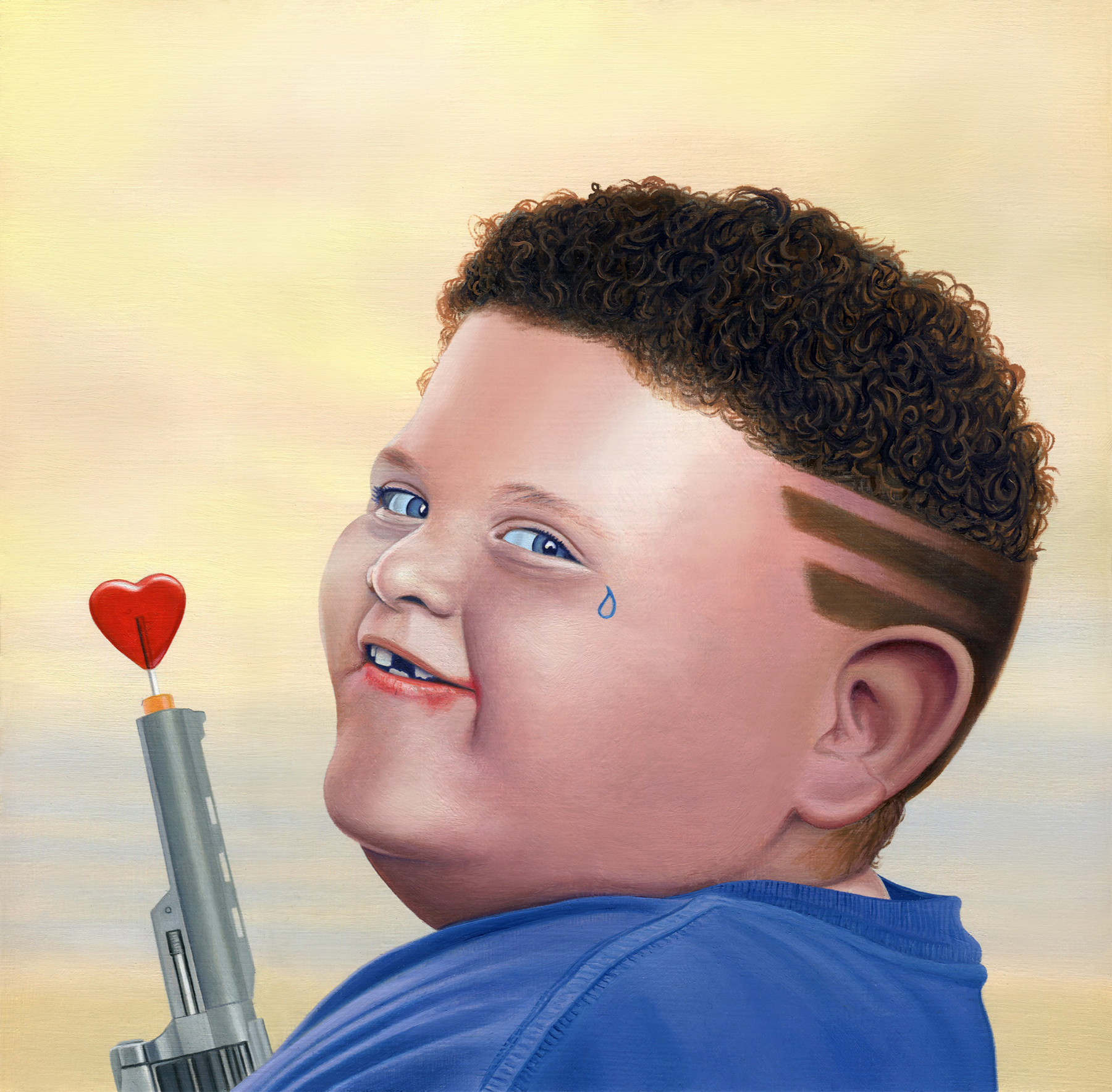