It’s All in the Details

Inside the Creative Mind of Sacramento Artist Daniel Choe

Artist Daniel Choe lives in what he describes as “a more colorful neurological hemisphere.”

His mind is constantly reaping the essence of overlooked beauty caught in the monotony of day to day life, only to let it seep in his brain and regurgitate it all via ink onto a blank canvas.

Choe creates pieces with the blackest calligraphy-like lines. You can see where he increases pressure on his utensil to create the marks that stain his canvas, spreading the ink darker and wider. The ink forms to create a topographic landscape with layers upon layers of varying depths that unite to make one entity, often splashed with a bit of watercolor.

He has described his work as being “An evolving culmination of matter that stems from my creative and illogical outbursts.”

You may have seen Daniel’s work wrapped around the silver coffee thermos from Temple Coffee, which is reportedly almost sold out because it was so dang pretty. I recently met up with Choe (pronounced Choy), to find out where he is, and where he plans to be. 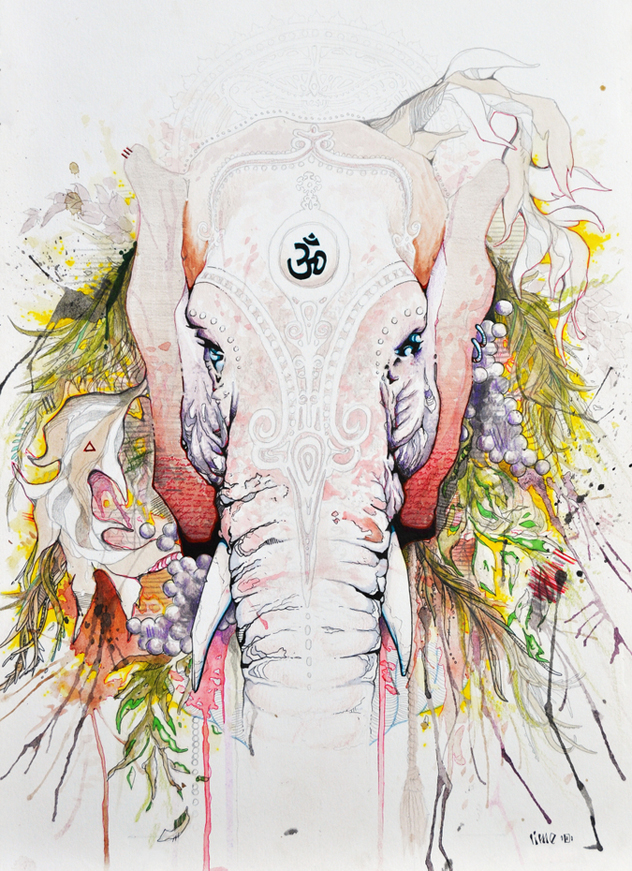 How has your show at Temple been?
It has been really good. I always work on art purely for self-gratification. Just to say my motivations with these things are usually me working on art because it feels good to me. Inquiries are never expected, but it has really been a pleasant after-effect of displaying my art in this show. I feel like I am being gifted with interests and opportunities right now.

You also designed a special thermos for Temple.
Yes, Temple asked me to help design a limited edition thermos for their artist series. I also manage one of the Temple locations, so I work closely with them on a daily basis. I chose to wrap a coffee plant around the thermos. It sold way better than I expected and was really successful. In fact, I think they are pretty much gone and sold out. Temple, however, has some more really cool things planned in terms of the thermos series.

You also participated in the Pizza Rock pizza box design contest?
I created this really intricate and detailed box for Pizza Rock in a competition they held a little while ago. I utilized every section of the box from front to back, and even did a bit of research on the owners and took some of those findings and included little personal trademarks for each one. Only they would be able to find the trademarks among my designs.

Who are your subjects? You use a bunch of females. Are they friends or figments of your imagination?
Sometimes some of the subjects I know. Some are just inspired by passersby.

Most of the things I use are drawn from daily rituals and nature. I just look at physical life in-depth. I pay attention to things I see on my daily routine and I naturally incorporate it into whatever I am working on. For example, have you ever really picked up a leaf and examined it? They are everywhere, but have you picked one up every once in a while and noticed how beautiful and intricate they are? I like to take these little tidbits and appreciate them. One thing I really love to do is hike. Whenever I hike, I pay attention to texture and symmetry or lack thereof. I incorporate all of these things into my work. 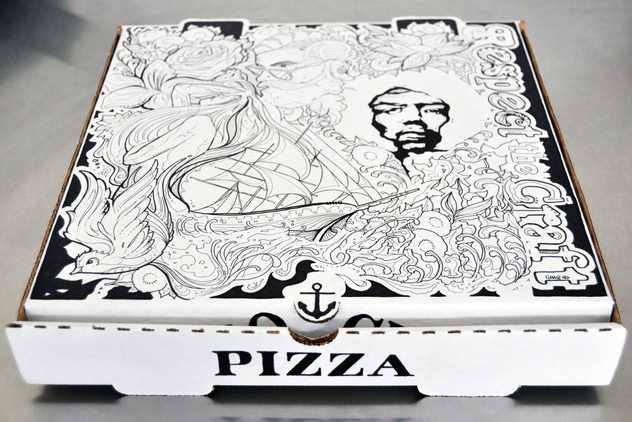 Is this why you like to use topographic lines?
My work has a lot of similarities to a topography map. Some people have even flirted with the idea of commissioning me to make an actual topographic map for them. I use the lines to show texture, contours and depth.

I recently read a book called Daily Rituals [by Mason Currey], and it explores the environments in which creative minds thrive. What sort of rituals do you have while working on your art?
I’m actually pretty neutral and low key. I sit in my small one bedroom apartment in Carmichael, usually with my dog curled up at my feet and some odd background noise. I like to curl up on my couch, or sprawl out on my kitchen floor. Usually a strange documentary for ambience will be playing in the background. I work almost 100 percent from home because everywhere else is full of distractions. A lot of the time, I just need to go home and spill out what has been mentally brewing.

Do you come from artistic roots?
My dad was a musician who drew on the side. At the time, I remember thinking he was really good. I mean, I still think he is really good, but it wasn’t his main artistic commitment. He was just a very creative person, and drawing was simply another avenue to express that. For me, it is my primary direction. The last few years, I have taken on a very serious relationship with it. Dad was a jazz percussionist who also played strings. I remember I would often bug my dad to draw me small things.

Despite this, I actually didn’t grow up in a household where art was commended. I’ll accomplish something, yet, I’m not a doctor or lawyer so its not good enough. I can honestly say that I’m pretty good at not letting things get to me. I do something I love and enjoy, that can never be taken from me. I never had a clear and supportive path paved for me. I work for everything I have, despite it being a struggle sometimes. I just chill and drink coffee and say, “Well, OK!” 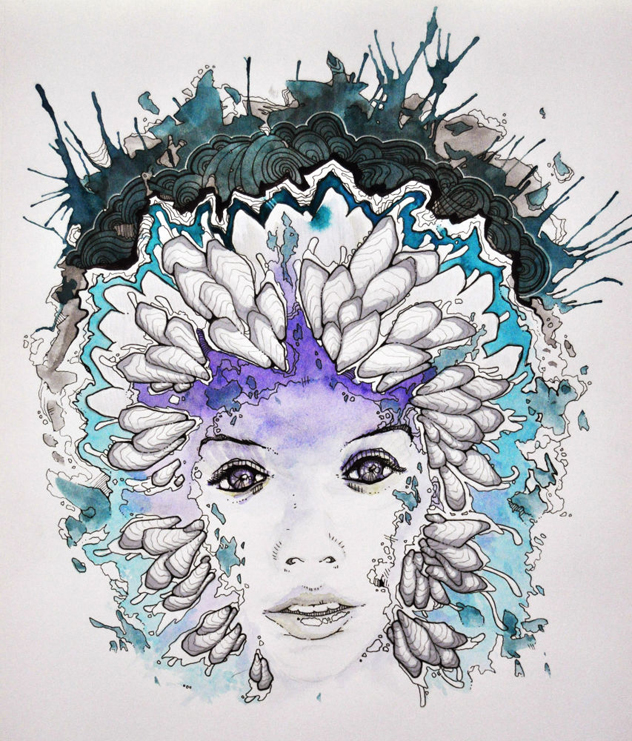 How do you handle critics?
Art is such a subjective thing. You’re going to get fans, and you are going to have critics who are not very happy with what you are producing. You kind of just have to roll with the punches. I’ve come to realize that I shouldn’t be trying to make anyone happy. Well, especially with me and art, because it has always been, like, this isn’t a job. I love this and it’s not turning into this thing I do to please others. If it upsets people, then that’s cool. It’s evoking some sort of emotion even if it’s not in my favor. Weighted opinions never really upset me, because it would limit me. It should leave people inspired to do something themselves and consider how they came to these feelings, and think back to initial contact with the piece.

On your personal site, Limeflavorednoms.com, you provide a list of intentions. What are some up-to-date intentions?
These intentions still all hold true. In essence, I just want to do everything. I think that Sacramento has an art scene that has so many great things going on. Every time I hear of a project, I want to be a part of it. I want to expand, collaborate and create as much as possible. I just want someone to offer me a mural to paint and I would be so happy.