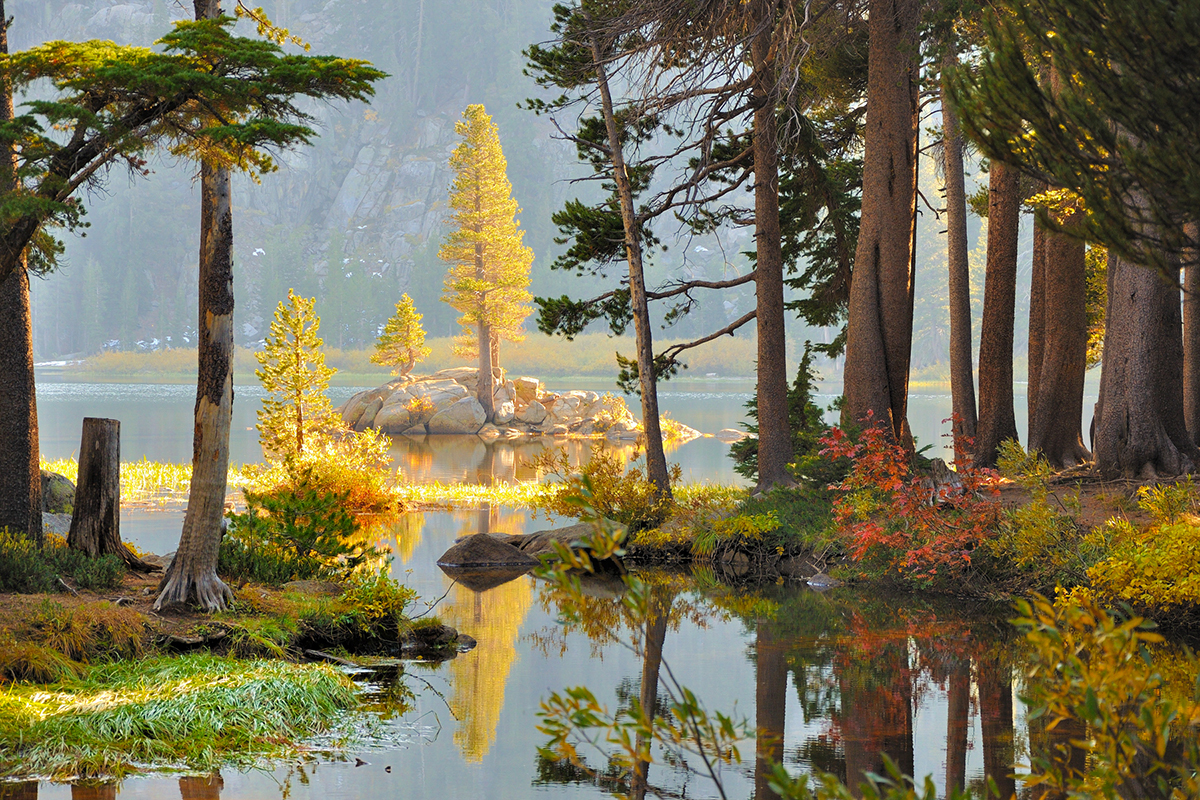 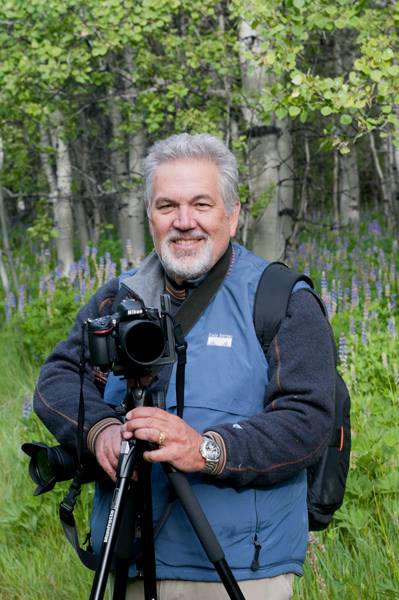 Look, nature photography as a subset was never something that really compelled me. When I first found out about Douglas Parks, I honestly didn’t think I’d be that into his work. But then I saw it and was blown away. I love being wrong like that.

It’s not nature photography; it’s not about the outdoors or the wilderness, at all. It’s emotion and reveling in the landscape. Looking at Parks’ work is a window into the world of someone deeply in love with what John Muir called the “sublime response.” His work is so emotional and there’s so much movement that I have to check myself. Am I dreaming? Did someone slip something into my coffee? Wait—is this one of those animated GIFs? The answer is none of these.

Parks’ work straddles this line of being simultaneously philosophical and very technical. That’s because it comes from a man who is as ardent about his craft as he is about his subject. In his bio on his website, he describes his work as an extension of his being, but I think it’s about all of us, too. I caught up with him after a trip to the Sierras. 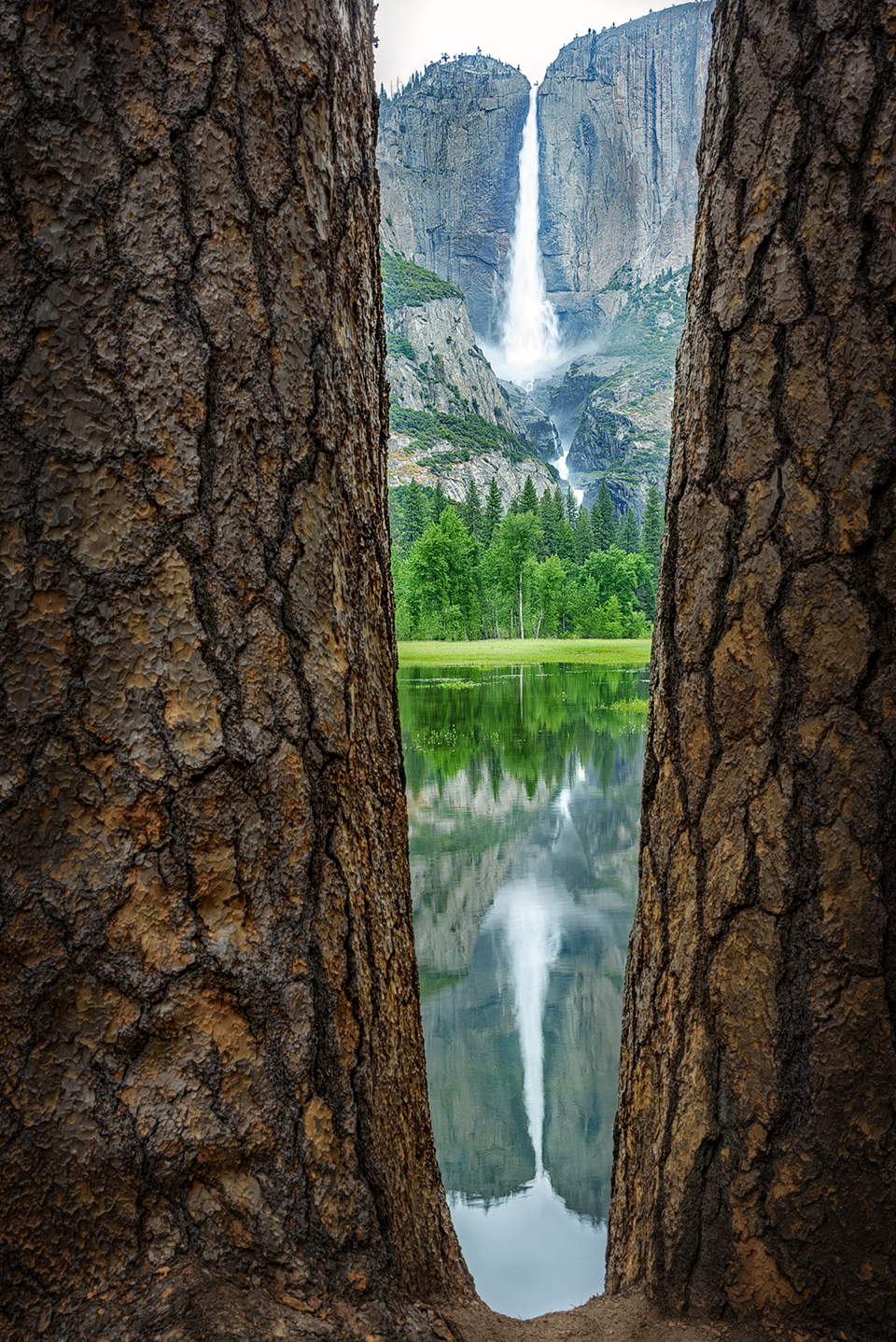 How did you get started as a photographer?
Well, of course you can always go back all the way to childhood, and so a lot of this is kind of a tribute to my dad. He taught me to hunt and fish and hike and how to be in nature, how to understand nature, and one of the last things he always asked me [was], “Do you have your camera?” He started me with a Brownie automatic and I progressed from there. Just like everything else as a kid, you kind of put it away for a while. Then back in the ‘70s, I climbed back into it and went to work in camera repair. After that, I went into hi-tech for about 30 to 35 years, and when I retired about six years ago, it was an opportunity to get back behind the lens seriously and not have to worry about making a living at it.

Can you tell me about your process—do you shoot on film?
No, and I don’t miss the chemistry at all. I’ve worked in darkrooms and I’m done with that part of it. Since I was in hi-tech for so many years, the technical nature of photography kind of comes second nature to me, all of the processing and things of that nature. But I do shoot I’d say 99 percent digital. It’s getting tougher to buy film, and it’s getting really tough to process it. As far as going out, it’s either a planned trip or a place that I’ve been and I feel I need to go back at a time when the light was going to be correct. For example, lately there’ve been a lot of clouds in the Sierras so I usually just go up and chase the clouds and see where they take me. 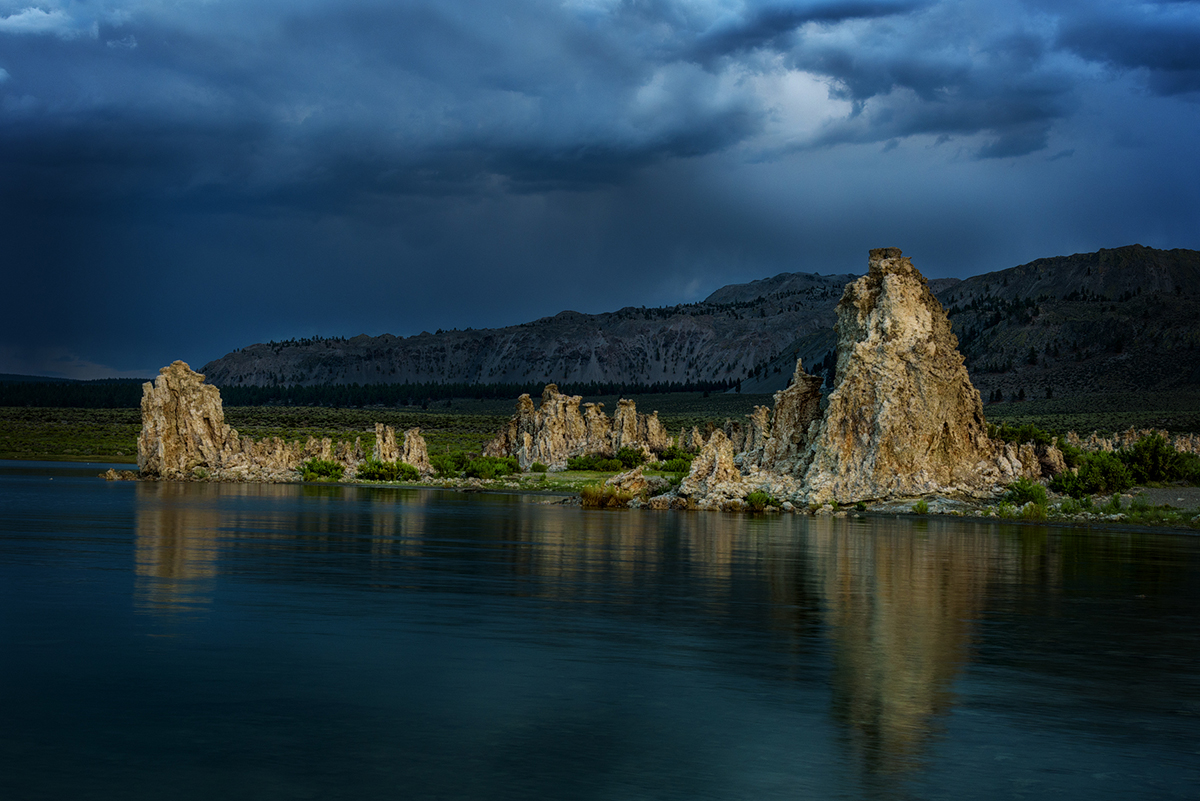 It seems like when you got started, you and your dad would go out and the camera kind of came second. Is it still that way now, are you taking the trips you wouldn’t otherwise take for the sake of the photos, or are you still just taking your camera along with you as an afterthought?
I mean, there are trips that are planned specifically around photography. There are things I’ve planned out. You’re right that with my dad it was really about being in nature and the camera came second. It was more about how to love nature, how to exist in nature, how to leave a small footprint. But the camera is never too far out of reach.
Yesterday I went to Kirkwood for a chili cookout. I looked up and saw the sky, and enjoying some chili and a beer turned into an evening of shooting sunsets.

So, are you camping over several days, or are you pulling over on the side of the road for a quick shot?
Oh, it’s a little bit of both. I have a travel trailer so my wife and dog come with me on the trips, and I’m a big believer in not taking the easy shots. I’m not someone who will pull my car off the highway and take two steps in and start clicking. I also try not to shoot the iconic too much. I may go to an iconic location, but I really pay more attention to that blink moment where I’ll be hiking and I’ll take a double take. You know, most people will just keep going on to the destination, but I’ll stop and think “something just caught my eye,” so I’ll take my gear off and I’ll take the time to figure out what it is and how I’m going to capture it. I think that harkens back to my film days where you had a limited number of exposures, which causes you to think a lot more about your shots because you get so few chances. So it’s not like I’m shooting thousands of exposures. Sometimes I’ll go on trips and I won’t even click the shutter. 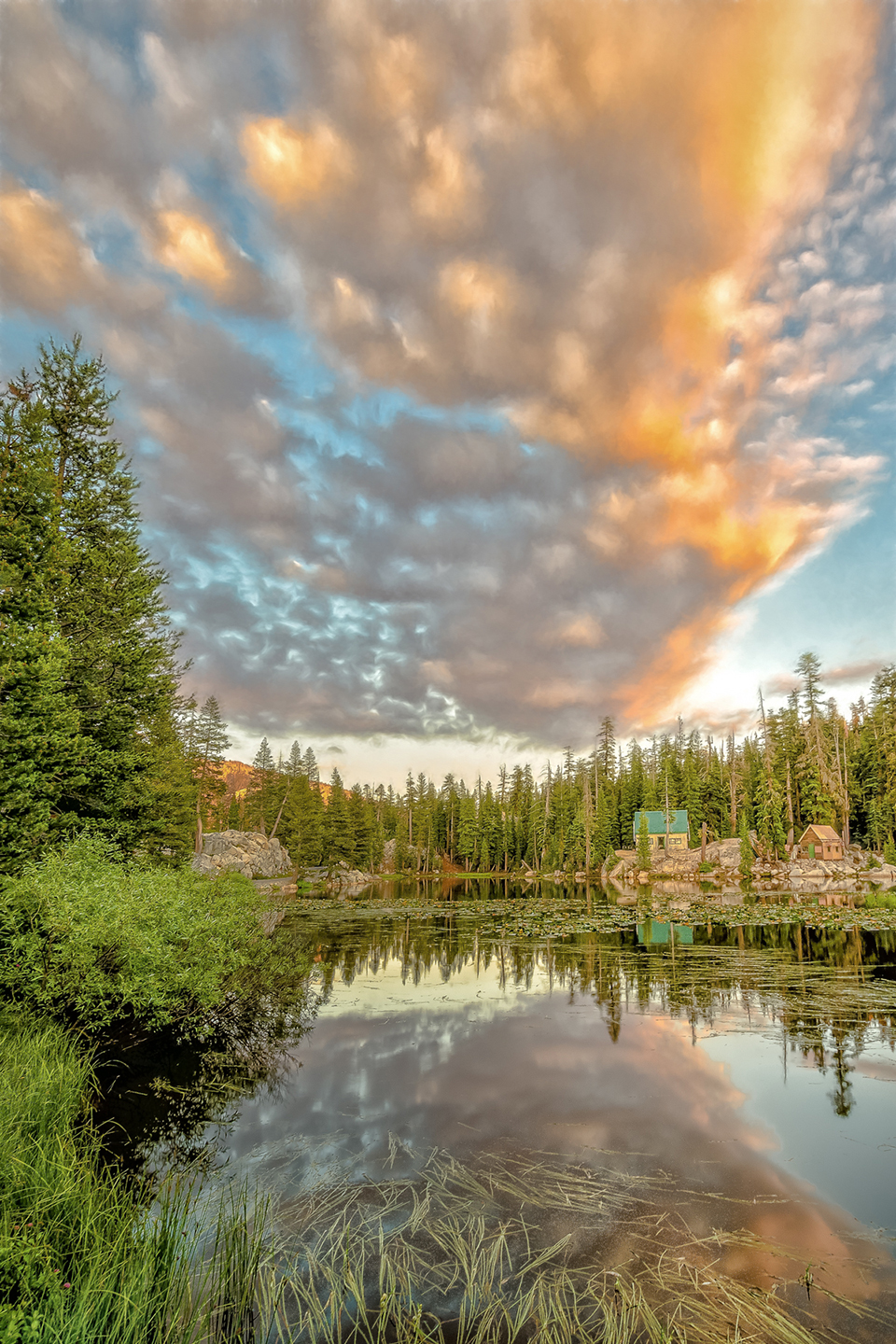 Going through your work, I have the feeling that I’m looking at places like Yosemite for the first time. The perspective seems really new. Another example is the Palace of Fine Arts in San Francisco, which is a perfect example of how you take something everyone has seen and make it somehow different. Is this a photographic negative?
Yeah. Correct.

So you literally reverse the way we’re used to seeing it.
That was shot during the centennial of the Palace of Fine Arts. I was born and raised in San Francisco, so San Francisco is my home base, and when I go there, I look for whatever presents itself. I got there close to sunset hoping that no one would walk through my shot, and of course, the way to do that is to take very long exposures. That way, you don’t have to deal with it because people fade away. 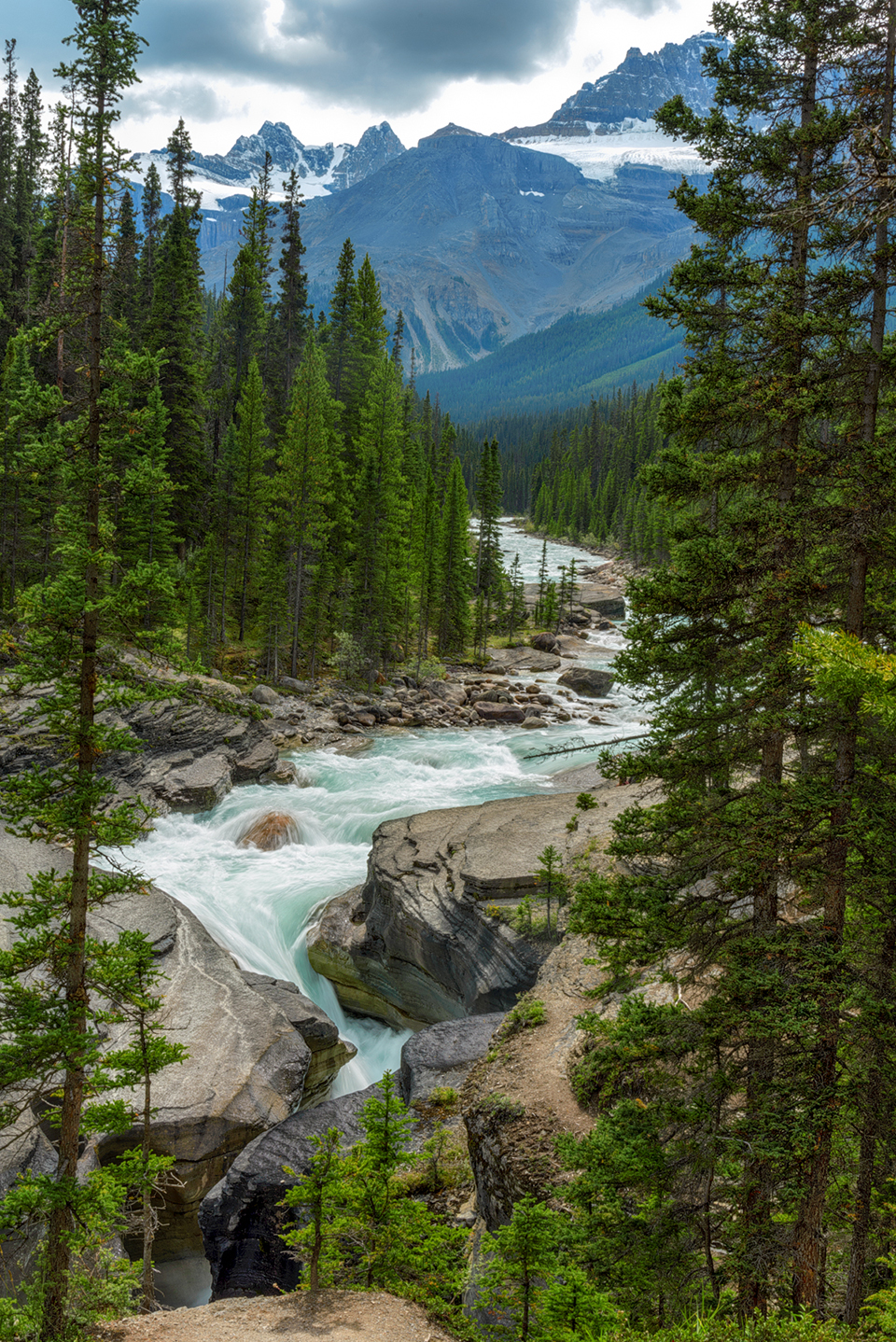 Your series of human-made objects really struck me, because they all seem to be poetically rotting in a way, and there’s a read of this series that it seems to be about decay, and while the rest of your work seems to extol the outdoors, this series seems to be about the outdoors sort of reclaiming these objects. Is that how you see it?
You hit it right on the head. There’s not a lot of manmade objects in my work, and I’m mostly in love with what nature has to offer and less compelled by what we’ve created on this planet. Usually when I’m shooting something that’s man-made, what I’m actually shooting is the fact that nature is taking this object back. It interests me to see how nature will eventually start to rust or mold or make it part of the natural landscape.

Earlier you spoke a bit about minimizing your footprint in nature, do you see this push toward photorealism as a way of minimizing your footprint in the photo too?
I definitely channel nature. For me, it’s about the moment and the subject and the story—because there’s usually a story, but it’s more about the feeling; something that happened to me and I’m trying to represent it. There are so many people with so many cameras and so much out there, so it has to be much more for me than just a pretty picture. 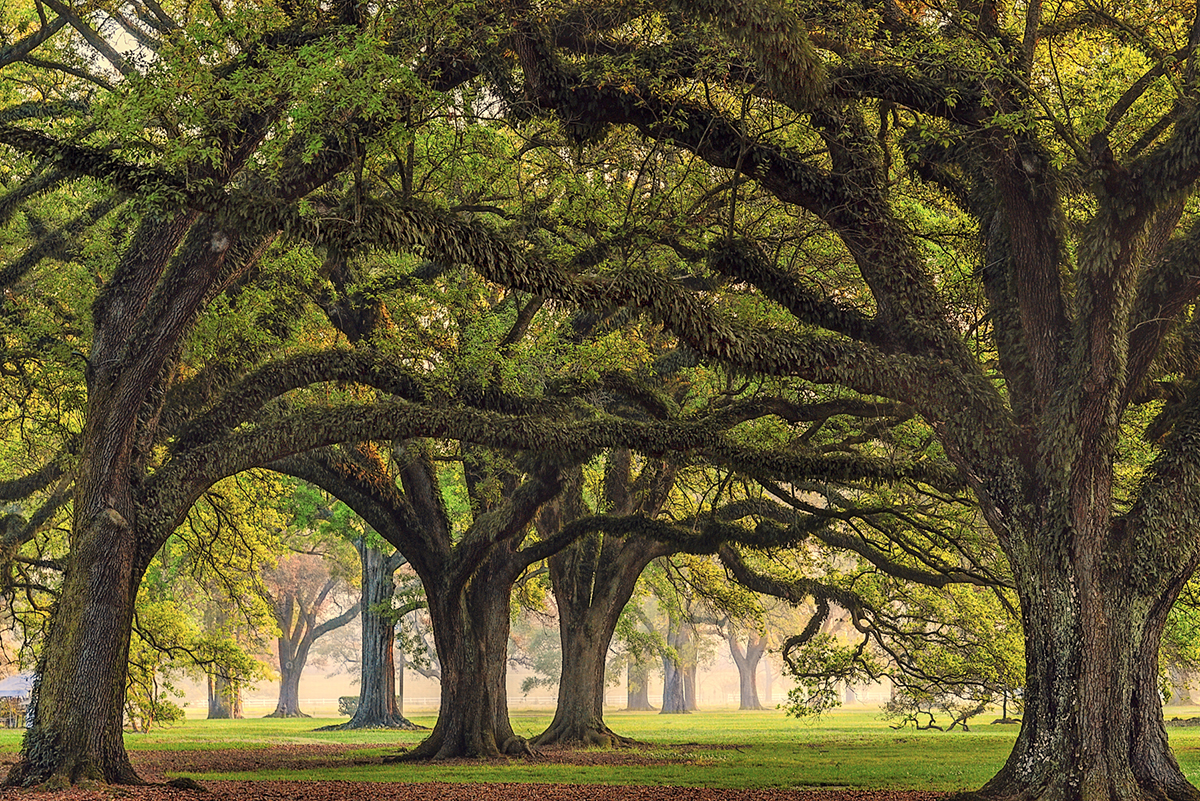 Morning among the oaks

So for you, what is it like being a photographer in a world where everyone fancies themselves as a photographer and has access the same tools professional photographers have?
Yeah, that’s a challenge. Everybody with a camera likes to think they’re a photographer. To their credit, a lot of people take some very nice photos with their phone, and I respect it. But the difference still is that I have a little more of a classical look and take my time. It drives me crazy when I’m standing next to someone in Yosemite or something and it’s just like a machine gun. They stand in the same place and just shoot a bunch of the same thing without understanding what they’re trying to do. They’re not trying to capture the same thing.

I have a photographer friend that describes that as “romancing the shot”—you don’t want to go too quick, and you’ve got to kind of seduce the image into your lens.
Oh yeah! That’s very true. I think it’s about patience. Those of us that are in this for the art, we have no problem standing there forever, and first enjoying the surroundings, but we watch the light too. You know, people come up to me and ask what they can do to get their child involved in photography, and I always give them homework. I have them sit in a room for 20 minutes with no camera, just sit there and decide what they’ll shoot. There’s bound to be something interesting in the room to photograph. Then after they decide, take another 20 minutes to decide how the image should be represented, you know, maybe it should be backlit, maybe it should be upside down. And then after that 40 minute exercise, then they can take the camera out of the box and make an exposure. That looks a lot different than just picking up the camera and shooting things. 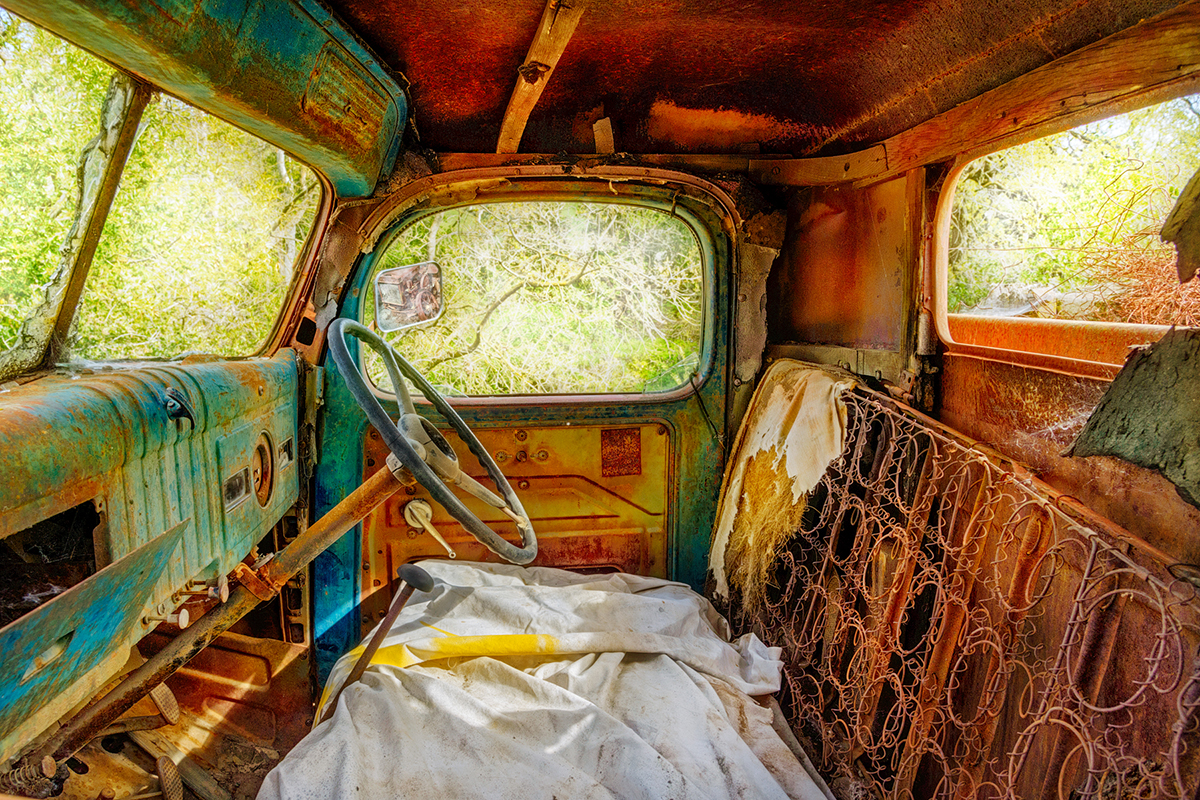 I see a folder on your site of new work, and correct me if I’m wrong, but your new work seems to be more cheery, more optimistic than some of your older work.
I think that’s right. I think what you’re seeing is the fact that now I can kind of express what I’m seeing, how I want to see it, and the way I want to see it, and I think now that I’ve moved on from doing this for validation to doing it for myself. The driving force for me is making a really good image and enjoying the feeling I get when I’m there.

What’s the lasting impression you’d like your work to leave?
Great question! When I’m no longer walking the earth, if for some strange reason my photographs are still there, I hope that people understand that nature was my god. My job was to take that slice of time and present it in a way that is flattering to the eye and, I want to inspire people to get out there and document what we have out there—especially those who can’t get out there. I’m very lucky in that I can get out and see these things and stand in awe of what nature has for us. It always touches me very deep. From a natural standpoint, and also as a way of connecting with my father, who died at a young age, and just taking my career out and saying, “Dad, this is for you.”

Douglas Parks’ photography and studio will be on display as part of this year’s Placerville Arts Association’s Studio Tour, which will take place over two weekends (Sept. 23–24 and Sept. 30–Oct. 1) at various locations throughout Placerville, Cameron Park, Shingle Springs, Coloma, El Dorado and Diamond Springs. For a full list of participating artists and a map of the event, go to Arttourpaa.com. Visit Douglasparks.com to see his work.