You probably don’t know too many blacksmiths. I don’t. I don’t know any. But now I know Douglas Pryor, because he’s the shit at fucking with metal. He’s more metal than a rare Venom cassette at that thrift store in Orinda. He is a Sacramento guy you may not have heard of … yet.

Metallurgy and blacksmithing are something people can generally assume is done by a robot or a marginally paid worker in a place with chains and sparks flying everywhere to the glowing backdrop of molten metal pouring from a massive chalice.

“As I got into metal work, I was cutting grass as a kid, for a neighbor, and he had a coal forge in his backyard,” Pryor recalls. “I bought my first coal forge, bought my first shitty anvil when I was 16. I mean I didn’t have much, I had a ball peen hammer and a garage to use it in.”

So, a young Pryor peened away at his steel. Perhaps not surprisingly, it was the realms of fantasy that got Pryor first interested in metalworking. 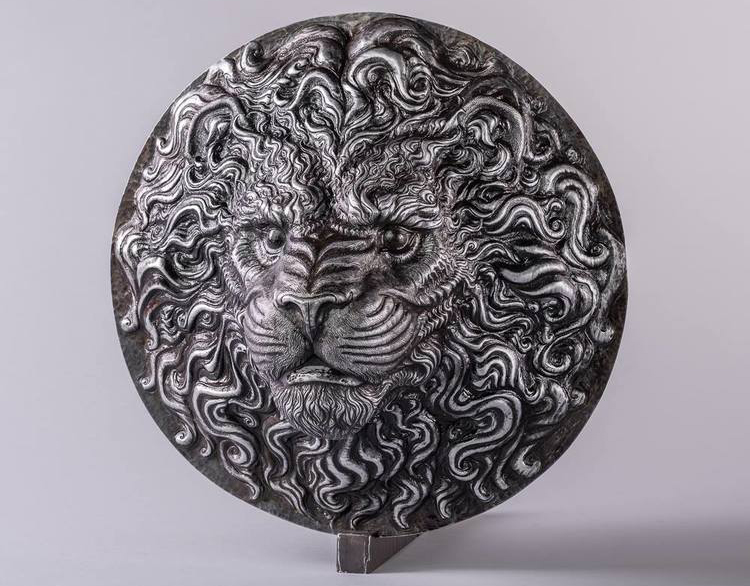 “When I was in high school, a lot of medieval movies were coming out,” Pryor says. “I think the first Lord of the Rings movie came out, and you know as kid, you’re all about it. You are slaying orcs in your head. I got a younger brother and dragged him everywhere and that sort of thing, and found some martial arts teachers that would teach us how to sword fight. That was OK, but I couldn’t afford my armor or anything, so I started learning how to make it, and that was one of the big reasons for getting into smithing at all, so I could sword fight competitively.”

As the appeal of clashing steel and honor lost its luster, he wanted to learn how to make his own armor; art born of necessity.

“But after the testosterone balanced out a little bit and that wasn’t so important, but I was still fervent about the metal work, because it turns everything into a blank canvas,” Pryor says. “So, I didn’t know what I wanted to do, but got hooked up at Sierra College. They’ve got an amazing welding program through the school, and I pretty much ran through all the programs, kept taking all their metal arts courses until I couldn’t take anymore. Learned enough to find out what I wanted to do next.” 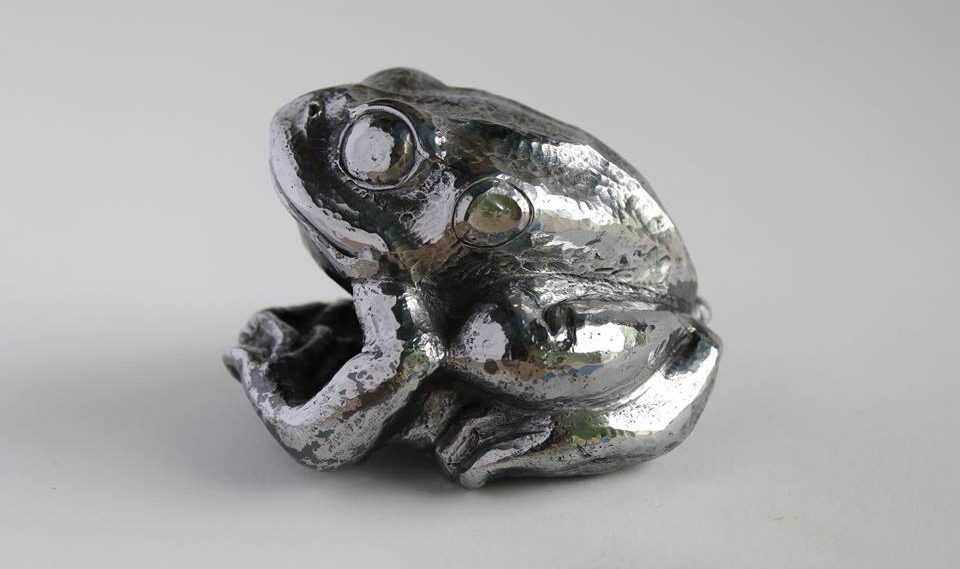 So Pryor decided to delve deeper into his craft. He learned more about welding and found inspiration in the art world.

“You look at these museum pieces, and they didn’t have a Miller Multimatic [welding system] around,” Pryor says. “How did they accomplish better sculpture than we are doing today?

“You learn all the answers to these questions and they leave you with more questions,” he goes on to say. “Where do you go when there’s no institution to teach these things? You’ve got to leave the institution and find people who know.”

That’s exactly what Pryor did. Founded in 1977, the California Blacksmithing Association has more than 600 members statewide. They offer resources such as job placement and classes, from level one, to certified instructor.

“I got hooked up with the California Blacksmithing Association,” he says. “A ton of the old guard is starting to go out, so they need new blood … it’s just like anything. If you don’t keep it alive and there’s no need to keep it alive … we’ll lose it.”

Pryor says he’s been fashioning armor for “10-plus years.” A quick perusal of his website will reveal that he’s achieved a high level of skill at his craft. Lion Head, with its fantastically flowing mane and rich oil patina, looks more like the work of some long-forgotten deity than a mere mortal. His equally awe-inspiring The Elephant, which Pryor has been working on through the mid-summer and early fall, is a mammoth piece (pun intended) fabricated out of a 6-foot-tall hunk of plate steel. In the future, Pryor says that there may be even more impressive works on the way.

“I worked with Tony Swatton,” he says. “He’s made all these swords for Pirates of the Caribbean, he made the hook from Hook. We worked on some stuff that will come out in 2019.”

Sculpting with metal is a skill that has been passed down through the ages, and Pryor does his part to keep the craft alive by offering classes. Working with steel may seem like a daunting task for the uninitiated (and it most likely is), but as Pryor puts it, it’s really just like any other art when you get right down to it. All you need is a willingness to work and a lot of imagination.

“Metals turn into blank canvases,” Pryor says. “And all your chisels become paint brushes, if you can draw you can chase.” 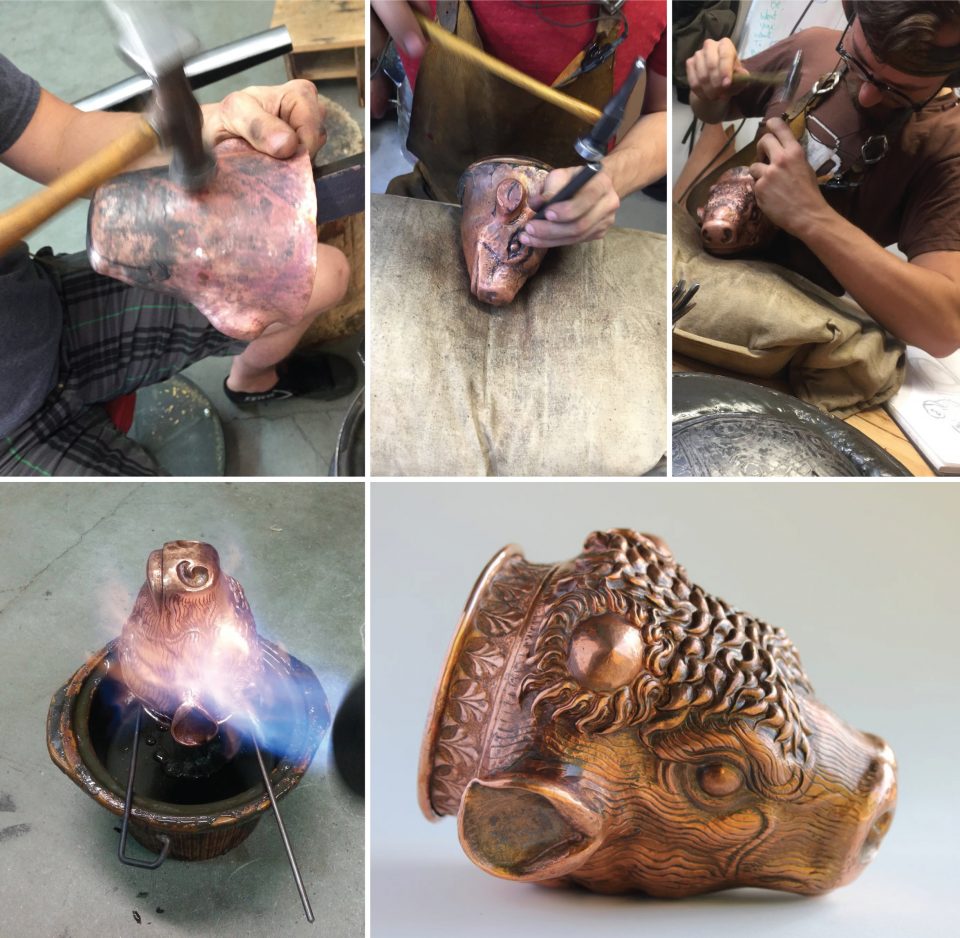 Heterogenous, a show featuring Douglas Pryor, Emerald Barkley, Elena Botts, Ivan Farmer and Bruce Gossett, will have its opening reception at FE Gallery (1100 65th St., Sacramento) on Oct. 14, 2017. Pryor will be performing a live blacksmithing demo at the reception. The show will run through November. If you’re interested in taking one of Pryor’s classes, check out his website Douglaspryor.com, or you can also follow him on Facebook @DouglasAPryor.