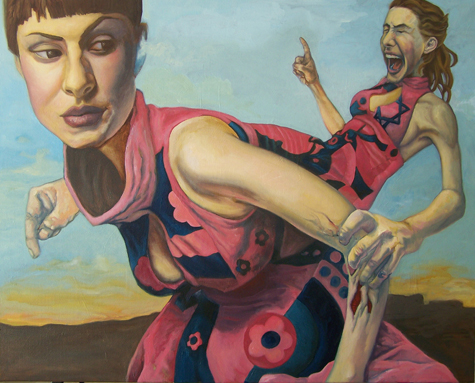 Local Artist Eli Trujillo Mixes it Up on the Palette 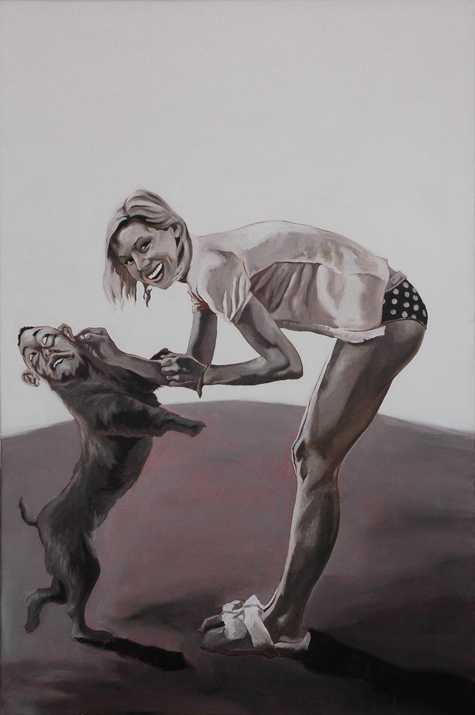 A beautiful blonde plays with her dog in the park—wait, does that dog have a human face? A young couple takes in an art gallery pose for the camera—hold on, looks like the boyfriend has morphed into a gargoyle! Enter the colorful and sometimes bizarre world of local artist Eli Trujillo. Most of his paintings begin with a real person in mind, either a friend or family member, or perhaps a recent celebrity infatuation; but when the genius begins, Trujillo starts making changes.

He describes his sometimes funny, sometimes serious twists on real people as “not exactly a remix; more like a cover toon.” Growing up on a diet of comic books, Trujillo cites comic book painter Simon Bisley as the artist who sparked his interest in painting. Add the influence of Norwegian figurative painter Odd Nerdrum, and what emerges are unlikely portraits that morph ordinary humans into two-headed women, dogs with human heads and bug-eyed cartoon beauties.

“One of the major things that comic books did was give me a strange idea of what humans should look like, as far as guys being super buff, having six packs and being able to punch through walls,” Trujillo said.

Unfortunately, the real-life Trujillo does not possess superhuman strength, and spent many years working regular jobs, including a brief stint blending Caramel Machiattos at Starbucks, which he quit after watching Fight Club too many times.

“I just started hearing about consumerism and the corporate world. I was going to try and do with less and see if I could make it not working,” Trujillo explains. 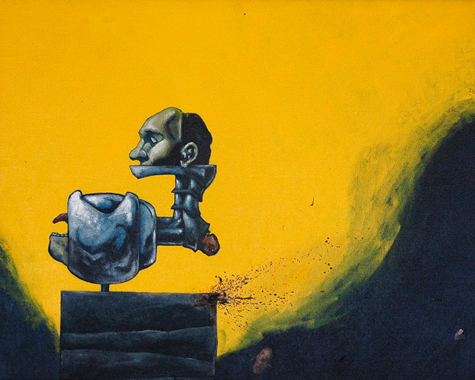 His days of corporate freedom lasted two glorious weeks; then, it was back to the daily grind and another mindless job. Eventually, though, the small boy that used to draw cartoons spoke up, and he began to take his art more seriously. In 2007, Trujillo quit another job to pursue a degree in Art Studio at California State University, Sacramento.

Since moving to Sacramento in 2004, Trujillo’s work has been shown mostly in smaller, more alternative art spaces like Greg Pond Photography in 2006 and Studio Yes in 2007, as well as A Bitchin’ Space in 2007 and the Brick House Gallery in 2008.

Beginning Sept. 13, Trujillo’s paintings will be part of a circus-themed group show at A Bitchin’ Space. The various paintings will make up a circus train, but it’s doubtful that Barnum & Bailey would approve. This show is “a protest for animal cruelty,” Trujillo says. And don’t expect participating artists to spoon-feed their message to the public. Trujillo explains that it’s up to local Sacramentans to decipher their protest message: “We tell people it’s just a circus show,” he said.

Although Trujillo’s paintings pack a powerful (and colorful) punch, most aren’t intended to make a statement.

“I’m just letting people know what’s going on in my head,” he said. Movie buff and self-proclaimed junk—TV watcher, many of his paintings highlight celebrities.

“It’s interesting that you can get infatuated with people that you don’t know,” he said. “Most recently, I have been working with the ideas of celebrity worship, idealism and the unreasonable expectations they create. In conjunction with these works, I am beginning to use photos from my family archive in the same manner, creating an interesting juxtaposition when shown together.”

Trujillo also creates what he calls “personal propaganda” pieces, which serve as good advice—directed toward himself. For example, he’ll paint a picture of himself with no shirt on.

“I’ve got a nice gut going on. [The pictures] make me not want to eat ice cream so much,” he laughed. 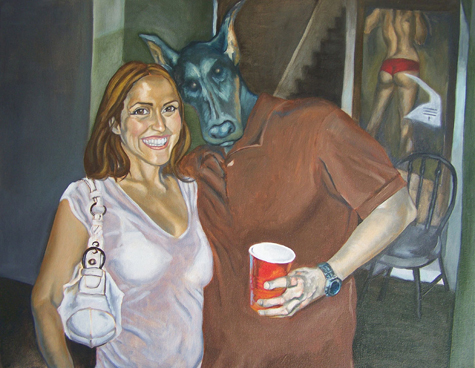 Trujillo says that these paintings are meant mostly for himself, but it’s quite possible that others could learn from them as well.
“Almost all my paintings are personal and autobiographical, so I think it’s hard for people to really get a hold of them,” he said.

Formal instruction in art has greatly improved his ability with techniques like space and volume, and he’s noticed that his paintings have become increasingly more realistic as his skills improve.

“I’ve recently been making a conscious effort to place the figures in an environment rather than, say, a red or gray background, to create a more believable space,” he explained. Looking back on work that was completed in the past, he notes that some paintings are much more juvenile than others, and oftentimes he’ll change or alter these paintings. “Something I’ve just started doing is not being afraid to change things”¦even two years after its finished,” he says.

On the other hand, though, he hasn’t lost his love for goofy-looking superheroes. “Although I take my paintings seriously, I also try and inject a bit of humor into them. I would love to see someone fall over laughing at one of my works, but this has yet to happen.” 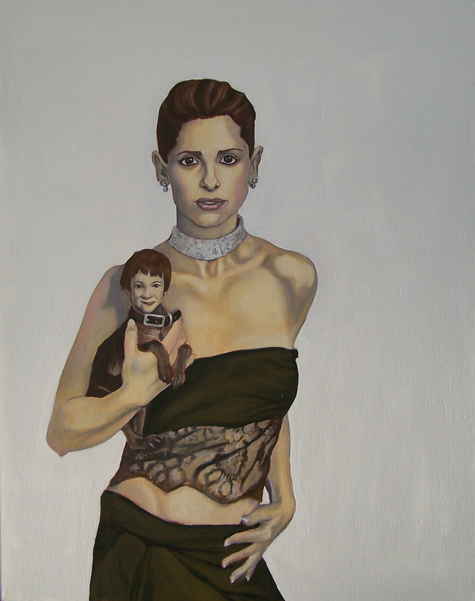