Light In A Dark Place 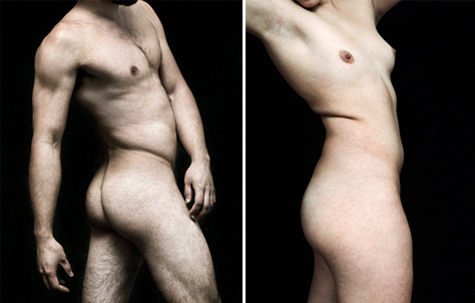 From the ruins of a tanked economy arises a booming art scene. When Philadelphia had little else to offer, the city turned to its creative minds, dumping money from its coffers into the arts. So it goes–a downward spiral can only last so long before things start looking up.

This is the experience freelance photographer Jesse Vasquez remembers. Nine years of artistic exposure in this almost bankrupt city provided him all the ripe conditions needed to develop his first body of work before returning to Sacramento. He found dancers and willing subjects to photograph, and had unlimited access to a three-story house replete with lavish furniture and a roof garden of exotic plants to use for props.

He completed the latter half of that body of work in Sacramento. The result was an impressive portfolio of black and white photos: capturing the rocking motion of an unclothed couple’s entangled embrace on a couch, a hand moving a flower across a naked body, and a nude pregnant woman seated beneath a halo of moving lights. In each photo, Vasquez mastered the art of stretching time. 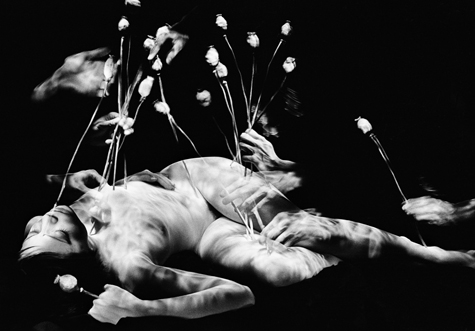 Years later the Sacramento native is preparing to show his third major body of work, Stone, at the Milk art gallery in Midtown this month. This work also focuses on the naked body. Yet while his older pieces communicate the experience of passing through the body, Stone approaches the nude body in a very graphic way, he says, focusing on shape, form and solidity.

Jargon rolls off Vasquez’ tongue fluidly as he describes to Submerge over beers his experience as a photographer and why certain subject matter appeals to him.

His compositions using nude bodies are arguably his most stunning pieces of art. To understand where he is coming from, understand his frustration with the way people conceive the human body in art. People are more receptive to nude bodies in other art forms, he argues, yet when presented with a photo of a naked body, they pay little attention to tones, lines or composition. 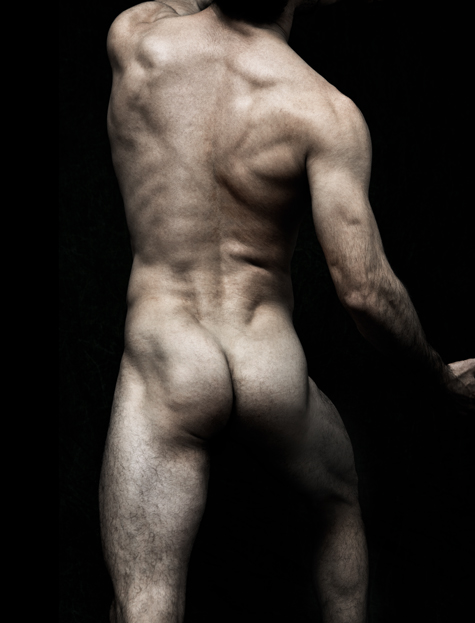 “[There] is an utter childishness about standing in front of a picture of a naked person,” he says. “People have a real fantasy life about a nude body depicted in a photograph.”

It seems strange, he says, considering photos are nothing more than pigments arranged on a piece of paper, two-dimensional representations of light reflecting off of something, in this case bodies.

“Everybody has a body,” he adds. “Everybody interacts with the world through [their] senses.”

Vasquez shot Stone to reflect painterly and sculptural qualities. The photos focus on various sections of the human form: pale, powerful bodies contorted with arched backs. Yet, unlike the pristine, bleached sculptures that might come to mind, these are human bodies with muscle details and hair, their nuances exposed. 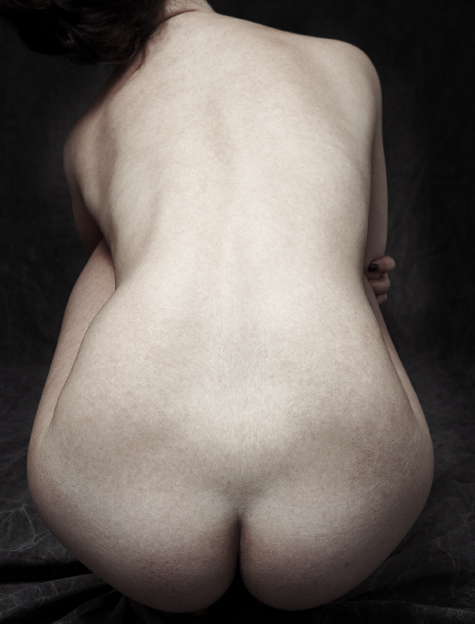 Like Philadelphia, Sacramento also played a role in his formative years as a photographer. It was in the bathroom of his drinking buddy’s apartment in Midtown where he got his first taste of a DIY darkroom, after all. Exasperated with Vasquez relentlessly tinkering with his gear, his buddy eventually gave him an old Pentax film camera, spurring Vasquez’ interest in photography. Vasquez soon enrolled in classes at Sacramento City College. That is where he experienced his “a-ha” moment, when he was asked to shoot an assignment by painting with light. The rest is history.

While you may not have seen his nude works, there is a good chance you have spotted the photographer’s work around town. In fact, if you have been a Submerge reader since its earliest years, then you may recall an image of Sacramento band Agent Ribbons on the cover of the first issue. It’s the one where the duo is posed stoically on a round throw rug, instruments in hand. Vasquez shot the photo. Otherwise, you may have seen his work while browsing Midtown Monthly or the Sacramento News & Review. 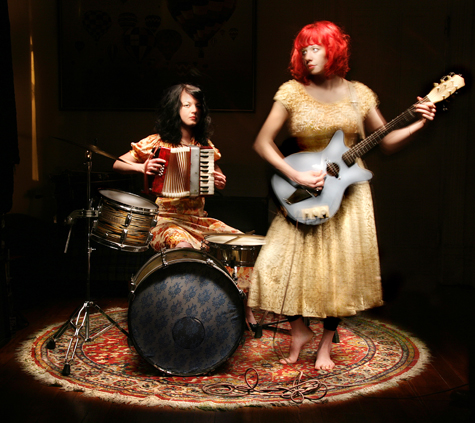 Agent Ribbons (used on cover of Submerge No. 1)

Perhaps the greatest advantage to being a freelance photographer is the access to unique experiences that comes with it, he discloses. He has attended Adobe conferences for marketing-related work, passed time in Berlin, Tokyo and Chicago. He has been a part of documenting Sacramento’s local music scene, including the likes of Ricky Berger, Mike Farrell, Phallucy and Exquisite Corps, in addition to Agent Ribbons. He has been asked to shoot political gigs, snapping shots of legislators stopping mid-conversation to reveal an effortless grin. As long as Vasquez holds a camera in front of his face, no one questions him.

What a dreamy existence, right? Not always. The reality that comes with freelance work is there is no steady income to rely on, and it’s a matter of waiting for customers to fork over cash. And if no one is interested in spending, then it can be a sorry day, week or month. In Sacramento, people are particularly reluctant to open their wallets for artwork, Vasquez says. 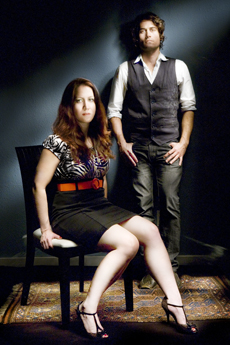 “You end up being like a soccer mom to your work,” he says jokingly, meaning he has to haul around his pieces from exhibition to exhibition until someone buys something.

Still, he spends his time doing what he loves, making art.

“Art is my commitment that I will never murder anybody,” he says.

This may sound odd at first, but as Vasquez explains, it rings true for him. Prior to his infatuation with photography, he was within days of entering the Air Force linguistics school in Monterey.

His recruiting officer reassured him, “You’re not going to have to shoot anybody… You’re just going to translate and pass it on.”

That’s when he had an epiphany, Vasquez remembers. Even if he wasn’t the one toting a gun, he was still part of “the machine,” only he was passing on the burden of killing to someone else.

“The entire organization is designed to enforce your will on other people, other cultures,” he says. “It’s just spreading out the responsibility [so] that nobody feels too bad about it.”

So the day before he was supposed to leave, he instead told his recruiter he wasn’t going. He signed a paper, never looked back and has lived as an artist ever since. 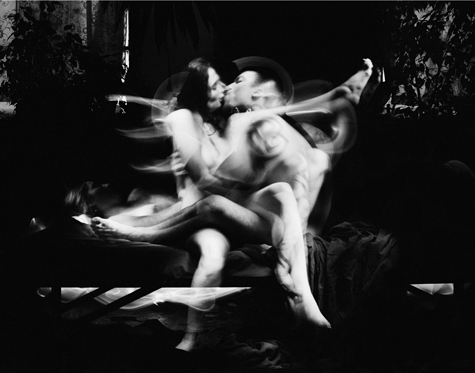 “Art is a conversation with whatever, with your materials, with your culture, your people,” Vasquez says. “Sometimes people buy it, sometimes they don’t buy it, but you spent your energy adding something to the world, versus trying to mash the world into the shape you agree with or coercing it to comply with your will.”

When cities are left in shambles, whether it is the result of bombs, zealous greed or dilapidated economies, we can only hope that there will still be artists left to shed light into the void. 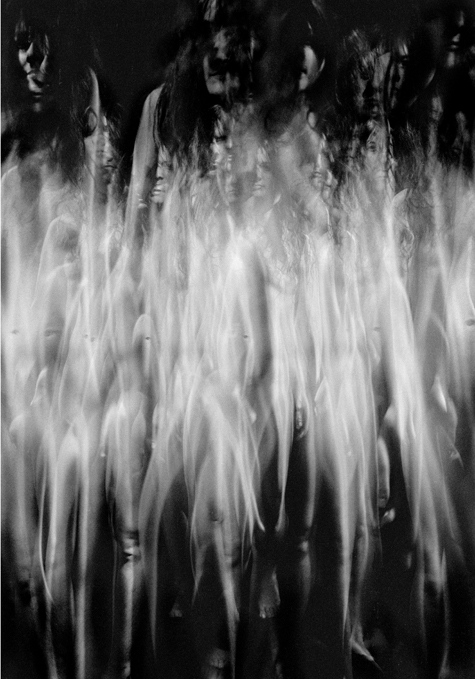 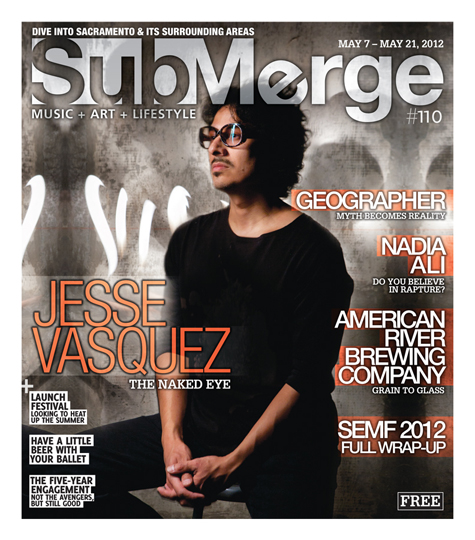