Welcome to the Carnival 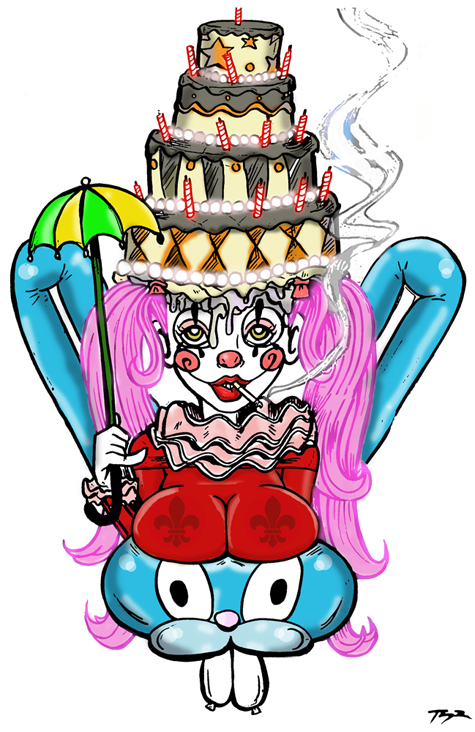 The Twisted Imagination of Kevin Thayer

As a teenager, Thayer worked at an art supply store where he experimented with different paints and techniques. His experimentation led him to Bard College in New York, where he studied fine arts and graduated in late 1998. He had a hard time in school. He says that his professors rejected his comic creations because “they had great resistance to my expression. They didn’t really know what to do with it. They were really trying to push abstract expression, not at all the kind of things that I was into.”

Thayer continued to create abstract work until Sept. 11, 2001, when he notes, “a big adjustment to my work began happening. I went from abstract paintings to my illustrations that I had been drawing but not really focusing on.” Thayer admits he enjoys abstract expression and the nature of it, but calls it “academic.”

Thayer started focusing heavily on his childhood influences and in early 2002, began creating art that not only satisfied him but his audiences. He started showing his artwork entitled Monsters & Playthings in New Orleans and in upstate New York in late 2002, and by early 2003 was a featured artist in several group exhibitions in Syracuse. Since then, he’s been everywhere from Austin, Texas and Detroit, Mich. to our very own Sacramento, creating a variety of obscene works that stimulate the mind and challenge the way that we perceive adult cartoons. His art resumé is extensive, from murals, books and magazines, to solo exhibitions.

Thayer proves that he has mastered his own innovative expression. An admitted “B-movie fanatic,” Thayer’s work is part Rocky Horror Picture Show, part carnival freak show. It’s dirty, extreme, sexual and funny. And he has no problem admitting that his work is silly and perverse.

“I believe that the imagery may shock but beyond the surface there is a tension I strive for that transcends the subject matter and tickles the subconscious like a re-occurring dream,” Thayer says. “I enjoy making work that can satisfy the eyeballs and emotions in indelicate ways.” 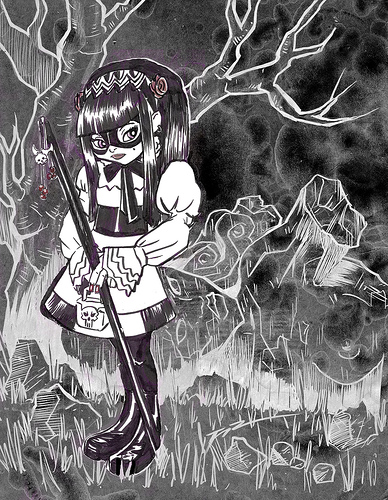