Michael Stevens had not yet arrived at JayJay Gallery when I walked in. This gave me a few minutes to take in one of his pieces, which took up the wall to the right of the entry. A wooden marionette with a puppet’s painted head stood on a wooden pedestal, a disembodied hand protruding from the platform palms-out as if giving the “stop” command, behind the puppet a wooden chopping block with a knife stuck in it. On the wall behind, a background of seven dwarf-faced likenesses arranged clockwise served as oil canvases for various scenes. They represented the seven deadly sins, Stevens would later explain, and the piece was meant to symbolize the act of confession.

Stevens counts his lapsed Catholicism among his many influences, which also include, but are not limited to, Alfred Hitchcock, 1950s television programming, and toys. His diverse inspirations mirror his manner of speaking; Stevens bounced from thought to thought as we talked, finding something interesting in every direction.

Stevens considers himself a storyteller, each piece its own short story. After more than six decades in Sacramento, Stevens had yet to run out of stories to tell as we walked through the gallery. 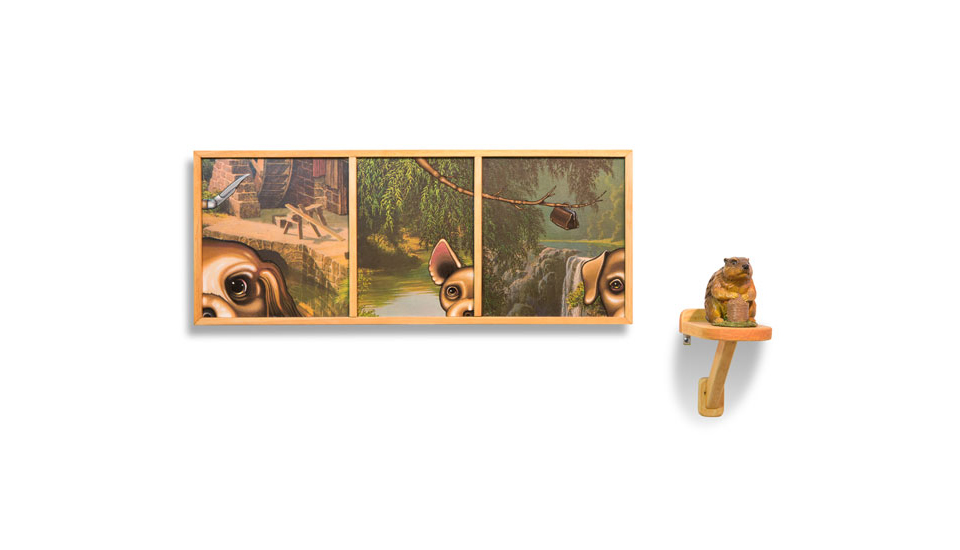 Ready to talk?
I talk a lot. I teach at Sac City.

How long have you considered yourself an artist?
My first show was in San Francisco in ‘77. Then in ‘78 I did a show in New York, and one of our friends had gone to New York already and met Andy Warhol. So Suzanne and I actually had lunch with him [Andy Warhol] on our first trip New York.

Suzanne is your wife?
Yes. We had been doing art since I got my master’s degree in ‘69, and graduated with an art degree in ‘67. We were doing these large shows in a candy store up in Folsom. Adeliza McHugh ran the candy store. The first 10 years she was showing local work from the Sacramento State professors like Jack Ogden and Irving Marcus. After that she kind of picked up on the Davis stuff when she got Bob Arneson and Roy De Forest. Then after that, the Chicago Hairy Who people moved to town in ‘68, and she started showing Jim Nutt and Gladys Nilsson. So she kept on pushing. When Jim and Gladys and Suzanne and I became really good friends, he [Jim Nutt] bought work out of my graduate show. And he’s a very famous artist, probably the most famous Chicago artist right now. Jim’s pushing 80 and his work goes for $100,000 a pop. We started doing shows at the candy store. My career then really started when Rena Bransten from the Bransten Gallery in San Francisco came up to one of the openings and said, “You need to be in San Francisco. I want you to bring in work.” I ignored her. I got a phone call a month later saying, “Where in the hell are you?” So I packed up some work and showed her the work and did a show with her, and sold a lot of work. People from Chicago came—Betsy Rosenfield, Allan Frumkin—and I started showing in Chicago. From Chicago I went to L.A. Then to Denver. So I’ve traveled around for a long time.

Where did you get your art degree?
Sac State.

So you were born in Sacramento?
No, I was born in Gilroy. Raised in Hayward. Had no choice in it. Then we moved here in ‘55.

We just finished a show in Chico, the new Northern California Museum, which has been open about eight months. I did 14 pieces for that. And I’m working on public art, too. I’m doing a big bronze in September for Sutter Park. 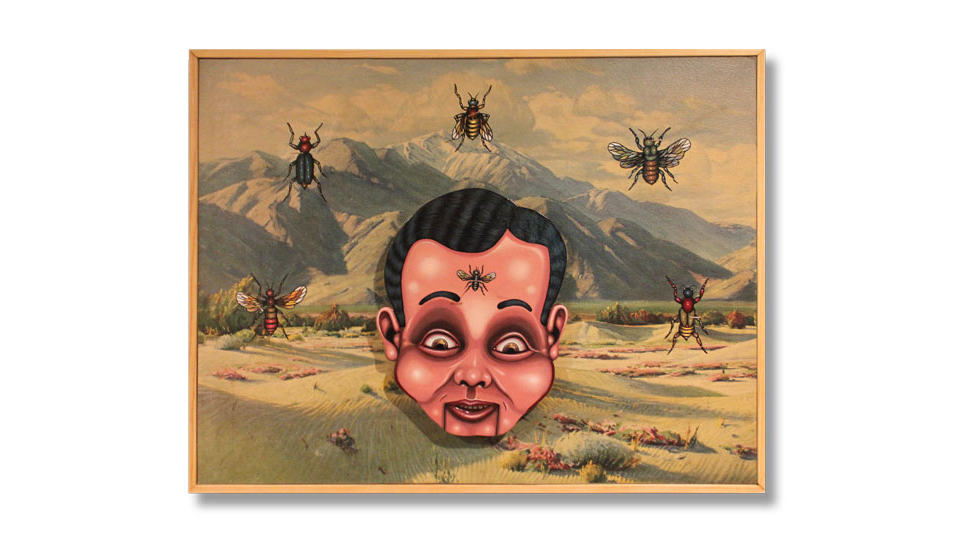 You’ve been in Sacramento more than 60 years. How have you seen the art community change in that time?
Now Irving Marcus is finally getting his just desserts by having a show at the Shrem Museum. And Irv is in his late 80s. The Sacramento crews that I’ve seen come in here, some are marketers. Some new younger artists who live down at the WAL seem to … How should I put it? A lot of hype? The skills are lacking in a lot of the young people that I see.

Quincy Jones said the same type of thing in an interview recently, about younger musicians no longer having the same skills and fundamentals. Do you think it’s a generational thing?
It’s like the [younger] generation invented sex. I don’t see the passion, I see the hype. Some of these guys are marketers. They dress up real nice with suits and ties and nice clothes. I can’t mention their names, I don’t want to be sued. But I’m aware of them, I’ve seen them, I know who they are.

You mentioned your friend Jim selling pieces for $100,000 each. How do you value your own work?
You work in a vacuum, and I find the vacuum a very comfortable place. Pricing of artwork is really strange. I’ll take work into San Francisco and they raise the prices $2,000. I’ll take work into Los Angeles and they lower it $2,000. It all depends on the market. My concern is, am I duplicating myself as an artist?

Why puppets?
I grew up in the 1950s watching television. So puppets and ventriloquial figures were part of the things that talked at you. People think I find these heads [already painted] so I brought a head to show you. They come like this [unpainted]. And I carve most of my heads. I’ll cut the neck off, take the mouths out, finish the whole thing. And I paint with Rustoleum. Which nobody does, I don’t think. And it can paint on anything—glass, metal, ceramic, wood. 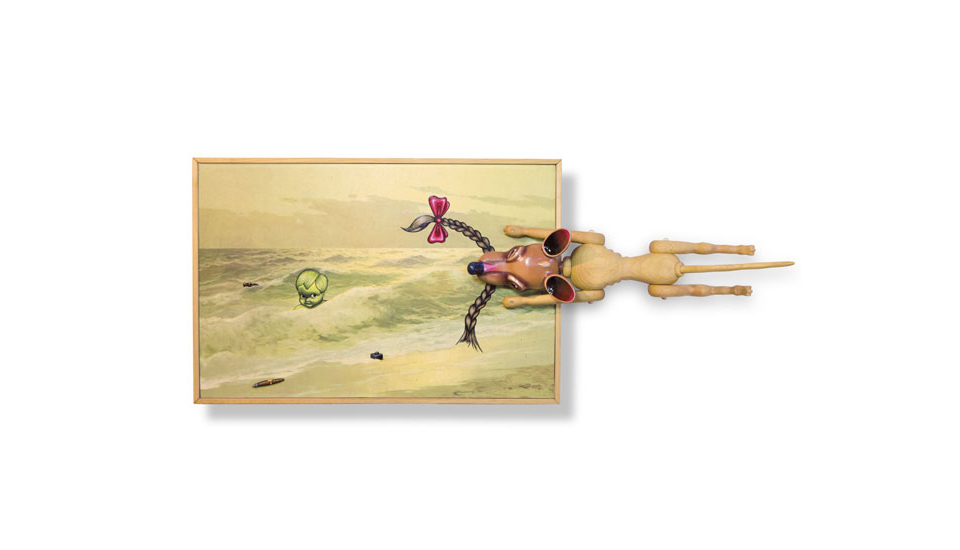 It does look like you have fun making these.
I do, and it irritates my wife.

But I get political, too. In my work I have the good and the bad. I was a Catholic. I’m really partial to the Northern Renaissance, the old paintings where they used halos and stuff. And I had to have nuns for teachers back in the days when they were really strict and whipped you. I got whipped for painting the side of the church.

What have some of your students gone on to do?
Well, I had Craig Chaquico from Jefferson Starship in my filmmaking class.

Are you hands-on or hands-off as a teacher?
I’m more of a hands-on guy. I actually demonstrate and show expectations. At City College I teach assemblage, and we did an assemblage show. I would take two classes and send them out to junk stores just to buy stuff. Take a whole week buying junk. And they had better come in with buckets of junk. Once they did, they would then get to swap the materials and make pieces. Then I could give them assignments. Say the assignment was to deconstruct a chair. You take the chair apart, but you have to use each and every part of that chair to construct, say, a figure. Some of the best assignments are just coming up with a good idea and putting everybody on the same page. Then they’re all working together on one thing, they’re learning from each other and getting to see what they’re working with. It’s not one guy over here working with clay and one guy working with paint. They’re all headed in the same direction.

I think the classroom is a theater where you develop a family. I tell them, “When you guys miss a class you’re cheating yourselves. You’ve got this two-hour period of time that is put away for you to create something where there’s never been something there before. And if you cut a class, you’ve blown those two hours. They’re gone, and you can’t make them up.” 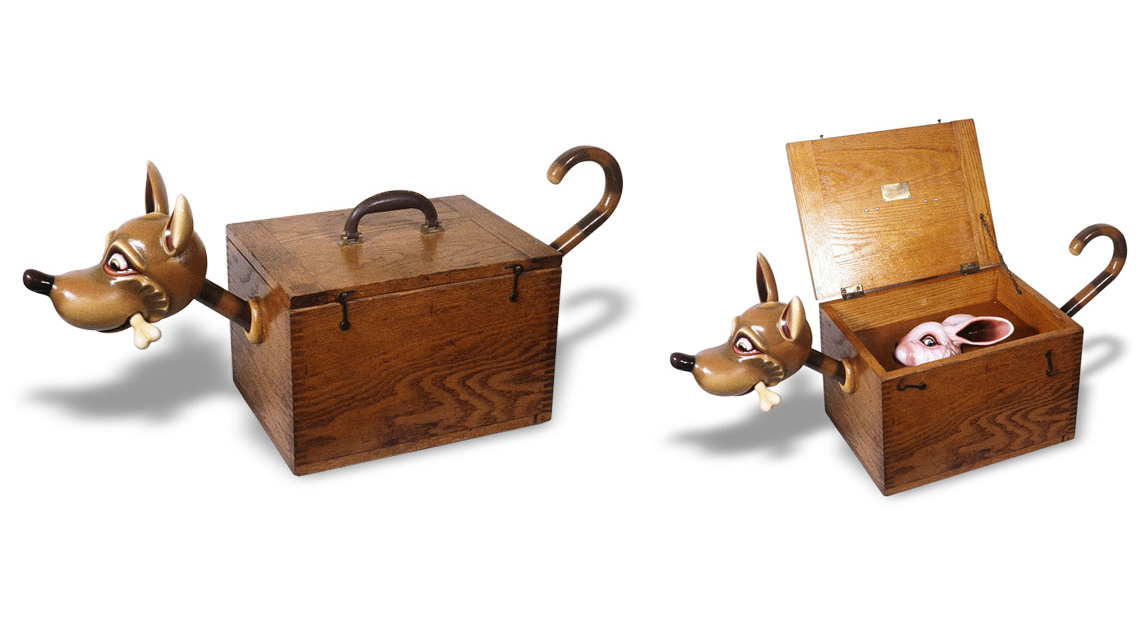 What do you feel you have left to accomplish?
There’s an endless search. I can tell you right now, when I die, I will not have had enough time to do everything I wanted to do. If it’s tomorrow, if it’s 20 years from now. I could go on for a thousand years.

Too many ideas?
It just flies into my head, mostly in the shower. The scariest thing is to finish a piece and have that excitement and joy and feeling of accomplishment. Then what next? You gotta start from scratch every time. That’s the scary part. You wonder if you’ll ever get another idea again. And the harder you think about it in that moment, the further away you are from accomplishing anything. So, I just wait.

And take showers.
[Laughing] Yes. And then sometimes you’ve got nothing to start with so you find one thing. You just find one thing. And that one thing can give you the impetus to finish the story, and put it all together. Sometimes I know what the piece is going to look like and other times, like this piece I’m working on right now, I just started, because I couldn’t wait for an idea to happen. But it happened. It just came together. I think what happens when an artist becomes really secure with himself is you use yourself as your own reference source. I’ll go back and look at stuff, how did I solve that? I think you’re in a pretty good place when that happens.

You’ve proven yourself to yourself.
Yes. And it’s not about showing in a gallery, it’s not about selling the work, it’s not even about fame,
you just can’t stop doing it. You have no choice in the matter.

Check out Michael Stevens’ work at JayJay Gallery (5524 B Elvas Ave., Sacramento) as part of their group exhibit, Monumental, which also includes the art of Roger Berry, Anne Gregory, Koo Kyung Sook and many more. Monumental runs now through April 28, 2018. For more info, go to Jayjayart.com.