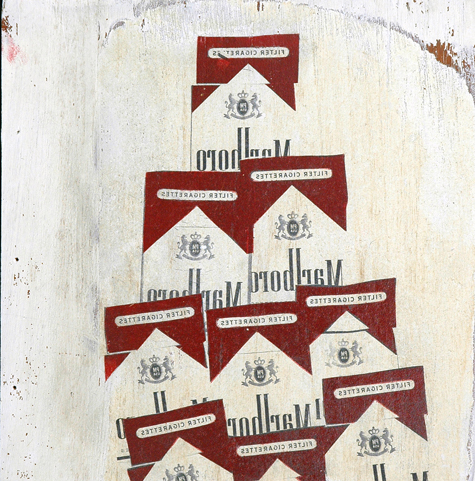 Nine years ago, Nathan Cordero used to walk through the Crocker Art Museum every day. But unlike the other gallery visitors who would slowly roam the hallways and take their turn to enjoy each piece of art, Cordero “wasn’t inspired by any of it.” He would walk into the museum, clock in as the custodian, clean the building and head home without feeling the slightest inspiration from the artwork. “After a while you get sick of seeing the same thing. I always noticed flaws in the art and saw something that I didn’t like about it,” said Cordero over the phone. “After seeing everything for so long you usually find one little thing, sometimes the whole piece that’s just…wrong.” But these days Nathan is taking on a new role of being the artist behind the gallery. Until Aug. 20, 2011, art lovers can take a quick peek into Cordero’s mind by visiting the Nelson Gallery at U.C. Davis.

The 36-year-old Sacramento native has found a way to take everyday objects and turn them into unique handmade carvings on pieces of wood and leaves. The art pieces show images of objects, people and quotes.

Although the common objects shown in the carvings (such as flowers, razor blades, fishing hooks, safety pins and pencils) have no particular meaning, they all share one thing in common. “All of those are really easy to carve on a particular surface of wood. So I was able to do more detailed things on that carving,” Cordero said. “When you are able to cut details, it’s really cool to take small images or small subjects and pile them together.”

One of the “small subjects” that he chose to carve repetitively were cigarettes and pictures of Marlboro cartons. “There’s no political message at all. It has nothing to do with tobacco prohibition. It has nothing to do with promoting cigarette smoking. It’s both controversial and satisfying,” Cordero added. “I enjoy smoking cigarettes. I’ve quit many times, then restarted, quit and restarted. It’s just something that is part of my life, a part of growing up and growing old.”

Cordero also chose to make repeated creations of masked men and women, which were inspired after he discovered a box of photos.

“I found a box of head shots from a theater production in Sacramento; they are all people from the Sacramento Valley. I don’t know any of them,” said Cordero. “My original idea was to conceal their identities and then put them up all over Sacramento.”

Nearly all of the wood pieces that are hanging in the gallery were found “everywhere” outside, many of them coming from construction sites. “I find a piece and know exactly what I’m going to do with it right away,” Cordero said. “And once it’s prepared, it’s ready to go.”

At first glance some of the carvings seem as if they are filled with random letters that are aligned with no spaces in between, but after taking the time to read them, quotes and phrases begin to form. He lifts these quotes from headlines in fashion magazines, such as Vogue or Elle, including “Eighty-Seven Swim Suits to Flatter Every Figure,” “Imagine Christina Aguilera Coming Over to Your Place Every Night,” or “Treat Your Body Like Your Face.” The name of his exhibit, Are You Destined to Become Your Mother?, was chosen from a headline he read on the cover of Real Simple Magazine. But the same headline was also found on a cover of Vogue from the late 1960s. “I thought that was kind of interesting, that decades later the same headline would pop up in a completely different manner,” Cordero said. 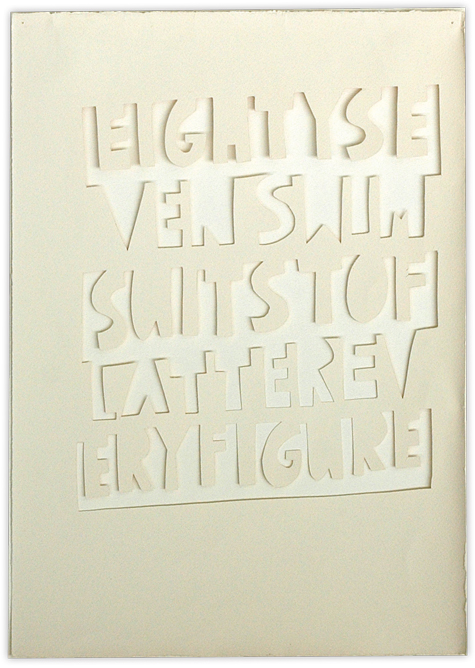 The majority of the pieces held in the gallery were created this year during the span of only six months, which is very little time considering some pieces took Nathan more than 20 hours to complete. During those months of hand carving every piece with razor blades, Nathan would experience minor accidental cuts on his hands about three times a day. All 1,600 razor blades that were used and collected during the hard work almost fill up an entire wall in the gallery. The blades are formed in an X and aligned to create a dramatic 3-D image.

“It’s a tool that I use to do most of my work. I originally just started collecting them,” Cordero explained. “After noticing the amount of shadows from the different directions of light, I thought a whole wall of those would be great. I finally had the chance to do it.”

Although Cordero did not attend art school, he has an eye for recognizing everyday objects people normally pass up and transforming them into a unique art piece. His wood carvings started after he took notice of a piece of wood in his room and “put a hole through it and peeled away at it.”

“I’ve always been interested in art. In my early 20s I actually started to consider art as a career,” said Cordero.

The Nelson is not the only gallery that he has on his resume. His art has been shown at the Verge Gallery and Axis Gallery in Sacramento, The Warehouse Gallery in Syracuse, N.Y., and Ritual Roasters Gallery in San Francisco. Cordero was born in Woodland, “does a lot of fishing” during his spare time and paints houses during the day. But even after his job during the day is over, his art isn’t finished yet. “Whatever time I have available, I’ll work,” Cordero said. “Like today after work, I’ll probably go to my studio and finish up what I’ve been working on.” 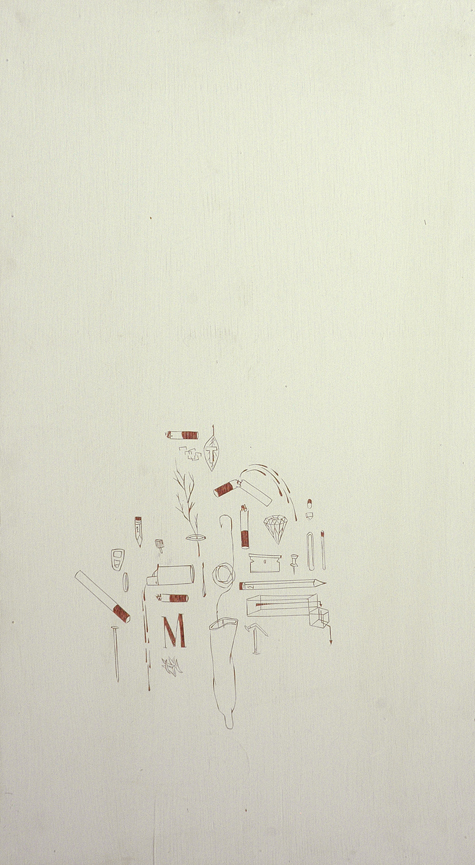 Nathan Cordero’s Are You Destined to Become Your Mother is open now through Aug. 20, 2011 at the Nelson Gallery on the campus of U.C. Davis. The gallery will host a special discussion about the exhibit on Aug. 12, 2011 from 5—8 p.m. For more information, check out Nelsongallery.ucdavis.edu.