Hailing from the intersection of the Ohio and Licking rivers, former geographer-turned-photographer Nicholas Wray is no stranger to picking up and hitting the open road. From moving from Cincinnati to Sacramento in 2006 to shooting the arid plains of Zion National Park, Wray’s penchant for exploration doesn’t only fuel his artistic passion but feeds his professional endeavors as well. 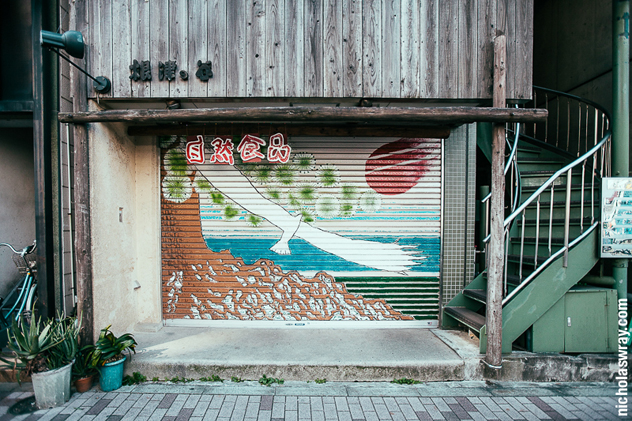 The proof is in his latest exhibition, simply titled Japan, in which his candid and colorful images of everyday street life in the Land of the Rising Sun adorn the walls of each of the three Insight Coffee Roasters locations. And, at the behest of a friend at the coffee shop, the photos were also assembled into a photo book worthy of adorning the best coffee tables in the world. The series, divided into five sections and scattered between the trio of coffee houses, touches on the many highlights of Wray’s travels: “Architecture,” “Culture,” “Street Life,” “Graffiti” and “Bicycles.”

“Whenever I travel I do this. I have a lot of prints at my studio and tons of photos that just kind of live on my server, so this was the first time that I have printed them super small and priced them super cheap so that people can afford them easily,” Wray explains. 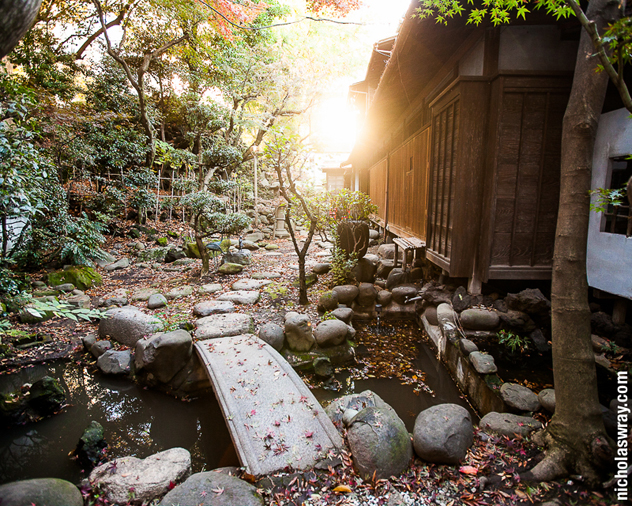 Although the Ohio transplant rolled up to the interview on a motorcycle and sporting a weathered leather jacket, Wray isn’t brash or cocky. Quite the contrary, his quiet demeanor and unassuming nature bucks many of the stereotypes that are typically associated with those working behind the lens. You won’t find him sexually harassing models, attending the incessant parade of networking events that so many artists find themselves engaged in or stroking his own ego.

“This is the first time that I’ve done a show this big, like three coffee shops. I know it’s just coffee shops, it’s not a gallery—I mean I wish I was as cool as someone like Micah Crandall-Bear [and] had Elliott Fouts Gallery showing my stuff every month, but I’m just not that cool,” he says with a wry grin. 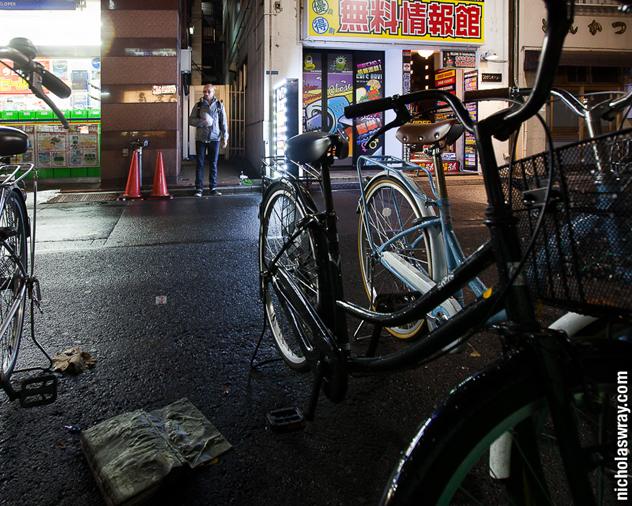 Wray’s journey into mastering shutter speeds and F-stops began as his college career was winding down at Northern Kentucky University. After applying for graduation he was advised, a few months shy of claiming his cap and gown, that he needed a minor in order to secure his degree. Uninterested in spending thousands more in man hours and cash, he leafed through the course catalog and it occurred to him that he could revisit his childhood hobby while locking down a minor—photography. He immersed himself in the course work: shooting in black and white film, rolling his own film, editing and enlarging images in the dark room and within a year acquired that prized piece of paper validating his education. 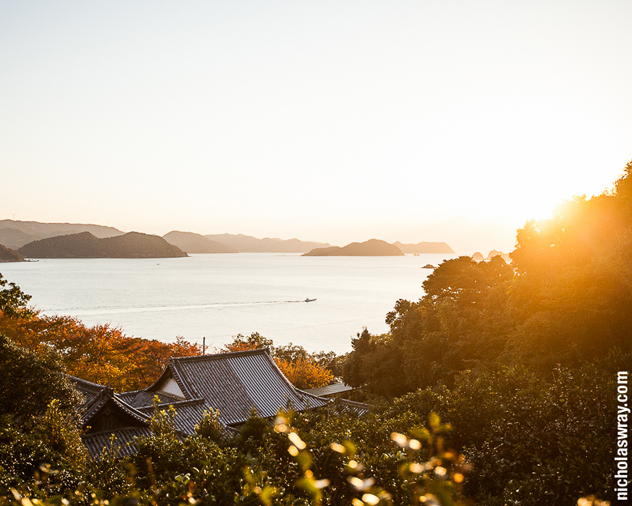 “I think I pretty much took really bad photos up until my very last class,” Wray muses. “That’s when I kind of started doing this street photography. I was in school, working like three jobs and the only time I had [to shoot] was at night. I was out in the snow at night without a tripod just shooting hand-held on film so I made this series of photos of laundromats all over Cincinnati.”

From skateboarders to musicians to commercial products, Wray’s professional portfolio is a robust exploration of the people and places that contribute to the diversity and color of Sacramento. If you’ve attended the annual summer concert series, Concerts in the Park, or witnessed the awesomeness that was this year’s TBD Fest, you may have even landed in the frame of one of his photos. But after years of hustling and struggling to turn his creative pursuits into a viable business, success brought with it an unexpected problem: He was overworked and in desperate need of a break. 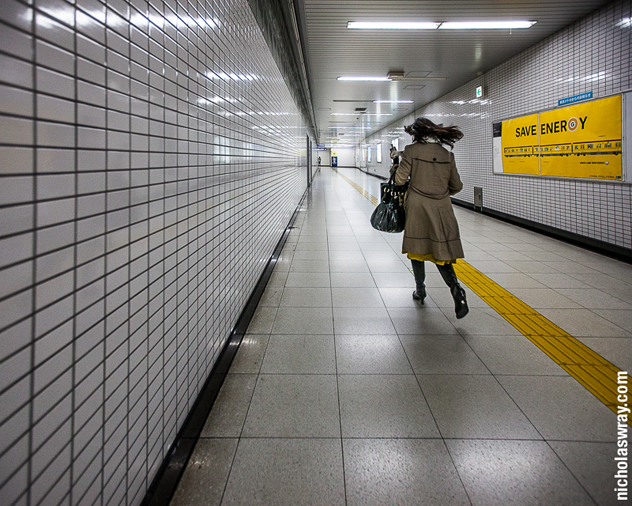 “So, I had been taking photos in Sacramento since 2009 and then after [my business] started to take off I was really, really busy for a couple of years,” Wray explains. “I was doing nothing but working—it felt like I was working 18-hour days, seven days a week—so I bought a plane ticket to Tokyo. I wanted to go somewhere super urban and really far away where I would have no understanding of the culture.”

So last October, after booking a ticket and packing his gear—consisting only of a backpack filled with a change of clothes, his camera, a couple of lenses and a laptop computer—Wray set out on a two-week tour of Japan, immersing himself into the culture and shooting everything in sight. Five thousand shots later, Wray had a collection of images depicting shimmering seascapes, people scurrying around the city going about their daily business, bicyclists snaking through traffic and gleaming skyscrapers towering above it all. And while he didn’t speak the language, Wray says his experience with the locals was nothing short of wonderful—from the hostel mother who picked him up on the side of the road to the hospitality of strangers taking him into their homes and feeding him, Wray was in good hands for the entirety of his adventure. 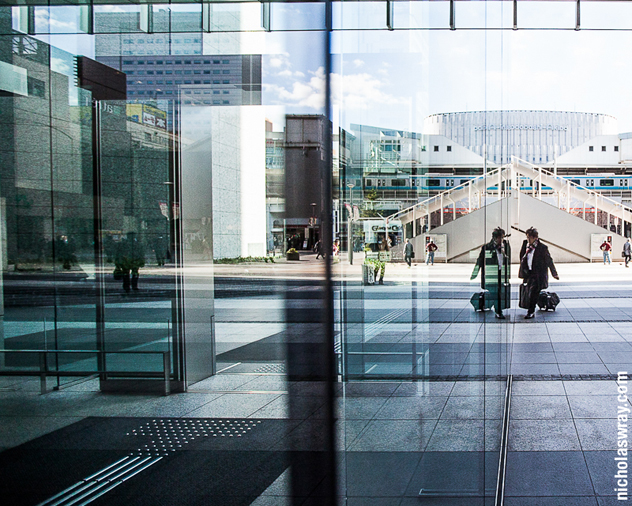 “People were really polite…just really nice people. I guess I shouldn’t be surprised by that—I guess I’m acknowledging that it was a really pleasant place to be,” he admits.

Upon Wray’s return, the images languished on his computer for months before he embarked on the arduous task of wading through the thousands of images captured on his journey and whittling them down into something manageable. Soon a series materialized and Wray decided that it was time for the images to emerge out of their cocoon and blossom out into the world. He presented the idea to his friend, Chris Ryan of Insight Coffee Roasters, to exhibit the work in each of its coffee dens, and after receiving an enthusiastic yes to his proposal the two began planning out the show. 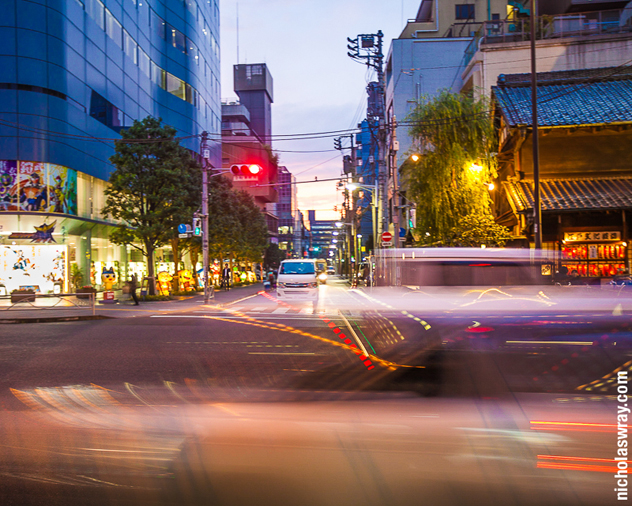 The exhibit is a 145-image romp through the harried streets of Tokyo and Kyoto, the lush, verdant gardens that dot the countryside and everything else in between. Currently, you can find “Culture” at the Pavilions Café, “Street Life” and “Graffiti” at the Capitol Café, and “Bicycles” at the Southside Café. Wray says that the “Architecture” section of Japan will be included in the rotation but because of its sheer volume will make its debut at a later date.

“It’s kind of like a narcissistic pleasure of making a cool photo that someone else will enjoy,” Wray explains. “I think that the coolest thing for me is when someone sees one of my photos and they’re just like, ‘Oh my God, I have to have that!’ I know that they love that photo so much that they want to have it in their house. That’s my reward. It’s not about the money because I’m not making money on selling prints. Like this [show] costs me more than I’m ever going to get off it.” 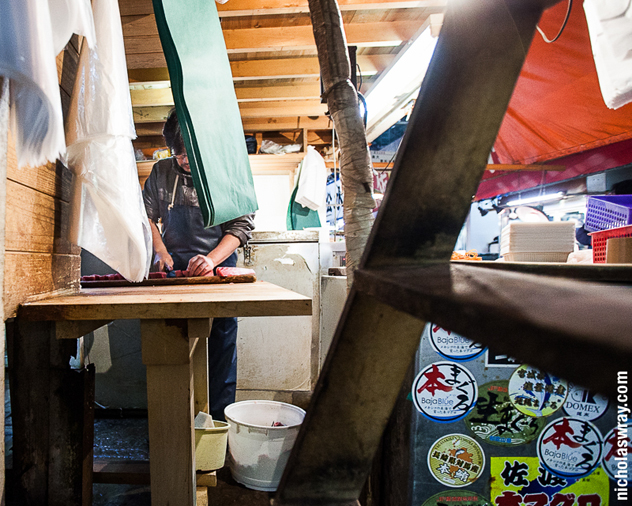 Now that the exhibit is up, Wray reflects on his role as a member of the Sacramento art community. And while he’s carefully mapping out the location of his next photographic adventure, his time in Japan has reinvigorated the shutterbug.

“The way I look at my job is that I do mostly commercial photography for the market, and people pay me to take cool photos—they pay me to make art for their business,” Wray explains. “So sometimes I do something boring, like some product shot but…I make art all the time, it’s just consumed in a different way. It’s more like people commission me, kind of like a painter. Someone might commission a painter to make a painting, people commission me to make photos for their media.” 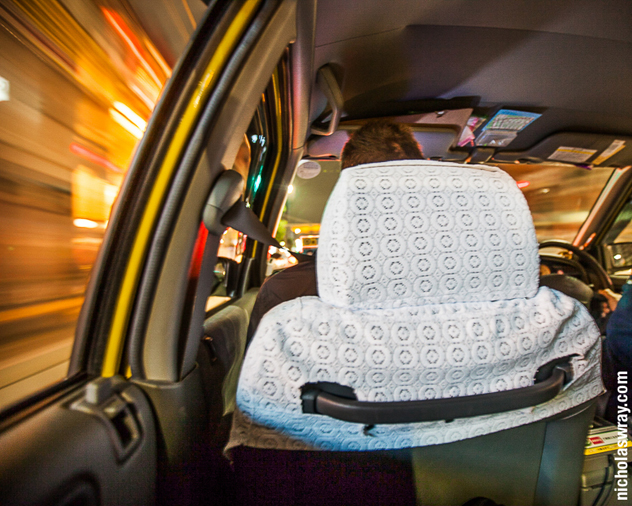 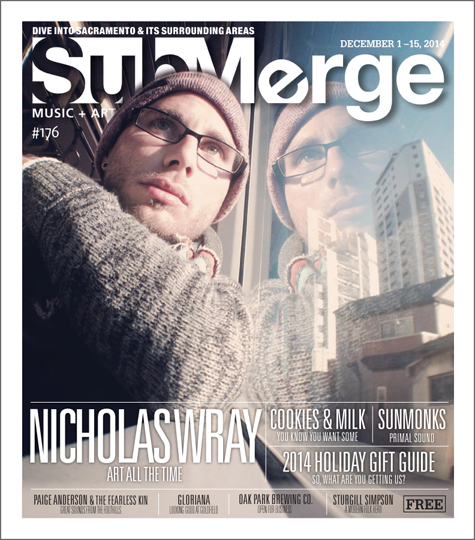