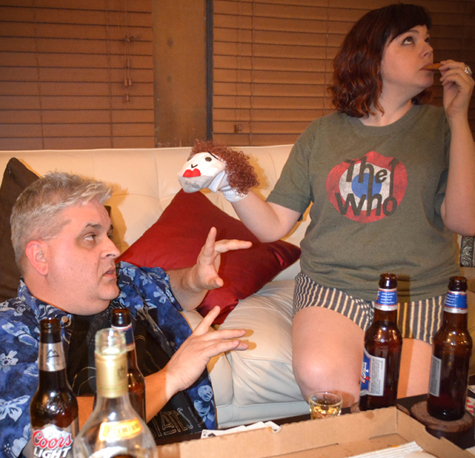 It’s hard to imagine laughing about anything related to the tragic events of Sept. 11, 2001, but that is exactly what Big Idea Theatre wants you to do when you see their newest production of a play titled Recent Tragic Events written by Craig Wright and directed by Gina Williams. According to their website (http://bigideatheatre.com), it’s an “outlandish comedy” that “examines the issues of destiny versus free will and chance versus coincidence.” A brief set-up for you: it’s the day after Sept. 11, a young woman goes on a blind date while awaiting the fate of her twin sister, who may or may not have been injured (or worse) in the attacks. There is a sock puppet involved (sock puppets help soften any subject matter) and without knowing much more, Submerge can officially say we are intrigued. If you are too, purchase your tickets for just $15 by calling the box office at (916) 960-3036 or by going to their website. The play runs on various dates from May 25 through June 16, 2012 at Big Idea Theatre’s 1616 Del Paso Boulevard location. They also have “Thrifty Thursday” show tickets for just $10 (May 31, June 7, 14 only).