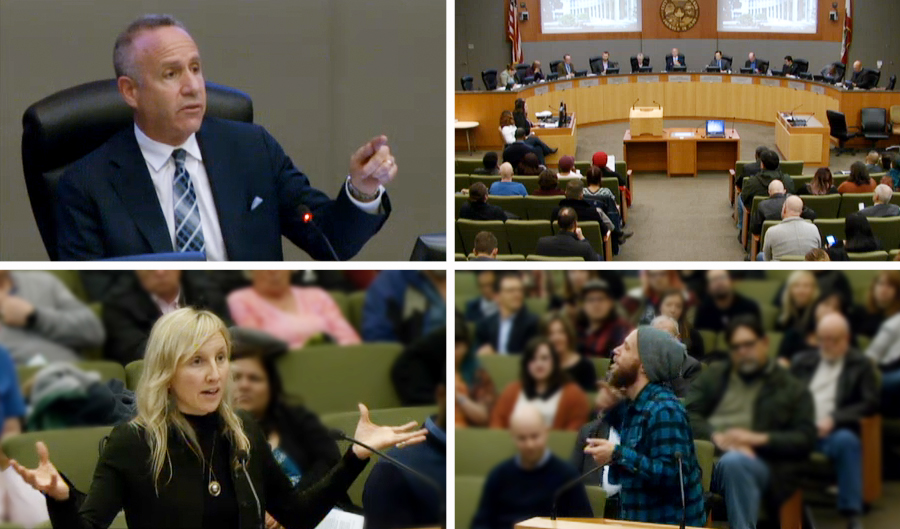 Less than a month after taking office, Sacramento’s new mayor Darrell Steinberg is showing how much he believes in the power of the arts to help strengthen the region by putting some money where his mouth is. At the city council meeting on Tuesday, Jan. 10, dozens of local activists, artists, restaurateurs and entrepreneurs were on hand to voice their support for the “Creative Economy Pilot Project and Implementation,” which passed unanimously with a 9-0 vote. The initiative will pump $500,000 dollars worth of seed money into future experimental arts, food and tech projects around Sacramento, with the first allotment of $25,000 going toward the upcoming ArtStreet project, a massive, multidisciplinary exhibit that will run from Feb. 3–25 in a warehouse in downtown Sacramento. The seed money will come from the city’s Innovation and Growth Fund launched by former mayor, Kevin Johnson and will not impact the general fund.

Steinberg addressed the audience at the city council meeting to talk about his hopes for the program, stating that, in part, it’s intended, “To create opportunities for many of the emerging arts organizations and individuals, to be able to experiment around what works to enliven public spaces, to enliven the urban environment, to create that sense of excitement …” He also went on to point out that, “This is not just a downtown centric strategy, the proposal here tonight is to commit to at least one arts innovation hub in each city council district.”

According to a city council report, the Creative Economy Pilot Project consists of four strategies “that expand civic innovation beyond the technology sector.” Those are: 1) Making Sacramento a platform for experimentation; 2) Building a place-based neighborhood ecosystem around food, tech and art; 3) Empowering individual creators, makers and entrepreneurs; 4) Practicing what we preach: civic engagement and innovation in City Hall. The report also specifies that each grant awarded through the pilot program will not exceed $100,000, ensuring that more projects and/or entities might be able to get a piece of the pie (our words, not theirs).

The day after the city council vote passed, I posted a series of questions on my personal Facebook page, like, “How will this money be allocated? Who gets to decide? How can we make sure it’s a fair and transparent process? Is $500K really enough or just a drop in the bucket? How do we, as a creative community, make sure we don’t forget about and/or turn our backs on the many local music and arts entities who have been ‘making Sacramento cool’ for decades, all while never getting financial hand outs?” along with a number of other mostly rhetorical questions.

I received well over a dozen responses, most of them thoughtful and very interesting. Sarah Marie Hawkins, a local artist and activist, responded with, “So many of the same questions I have. The meeting was informative, empowering and positive but did leave a lot of blank spaces.”

Christy Savage, local artist and filmmaker, said in part, “I am pretty damn excited to see Steinberg jump right in with actual money for the arts … Hoping it bodes well for the future for all of us.”

Andru Defeye of the local art collective ZFG (short for Zero Forbidden Goals) had this to say: “The entirety of the arts community throughout the entirety of the city needs to be involved in the ‘experiments’ that are being designed … If we want equity then we all have to work to ensure that the money doesn’t go back into the same (very white) well of artists in Midtown. I’m cautiously optimistic and feel like the next step is everyone staying active and demanding accountability surrounding things like cultural equity and affordable housing for creatives.”

For local movers and shakers in the creative sphere, this is indeed great news, but now the real work begins: coming up with strong and widely supported ideas of ways to use the seed money, getting those ideas approved by the city and then, most importantly, implementing them successfully. Like Andru said, we here at Submerge are very excited about the pilot program, but we too remain “cautiously optimistic.” Show us what you got, Sacramento creatives! We’ll be watching and reporting on what happens with the program in the coming months.