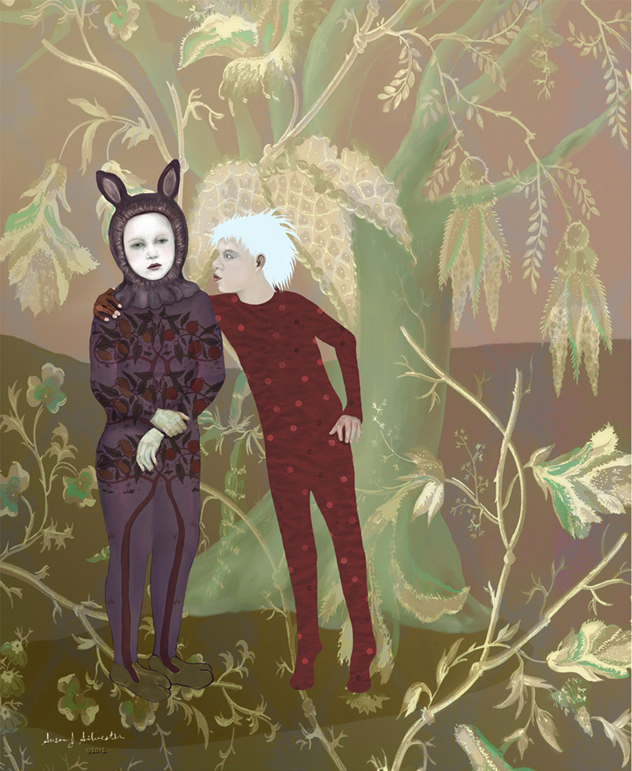 A blue-faced bunny girl clutching a limp, stuffed toy launched an entire series of artwork for Susan J. Silvester that she—and a growing number of fans—adores for its dramatic reflection of her dark, feminine voice.

The audience doesn’t really know if these forlorn, timeless beings are humans in fuzzy costumes or part human, part animal.

“They are sort of the same,” Silvester says from her home in Sacramento, where she does her digital work when not painting in her Verge Center for the Arts studio space. “I didn’t know that was going to happen but I’m a big fairytale and sci-fi fan (I love Dr. Who), so they’re human but they’re not. It’s creepy. It’s sort of based on medieval costumes that I saw and I learned how to sew. I do them kneeling a lot, so it’s an odd pose, because it’s kind of religious but kids do that a lot.” 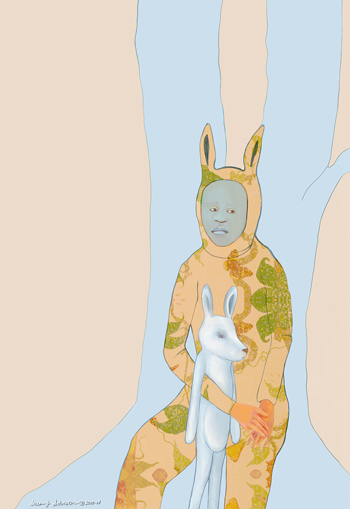 Silvester’s first solo show, at Gallery 2110 and the Sacramento Art Complex, will be available to view next month and represents a psychological realm, another space that has to do with deep emotion and feeling. Think Pan’s Labyrinth meets 16th century portraiture.

At first, the art seems so sweet and delicate, and it is, but then it also conjures up feelings of entrapment and childhood confusion.

“I have a female voice, but then, I am a female,” says Silvester. “I just see that in the work, it expresses me. Even though these [faces] are not me they are me, because they are aspects of my personality, pieces of me.”

The first bunny girl was a result of a bad review she received while working on her master’s in painting at Sacramento State. 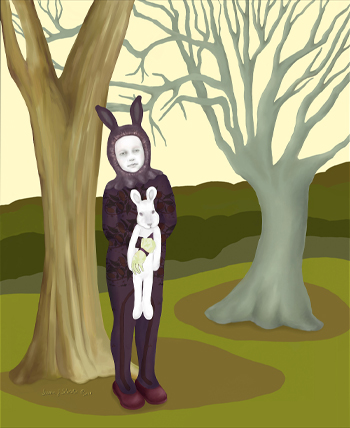 “Basically I got slammed in my review at school, and I got sad so I decided I’m going to draw people how I want to, and so I did,” she says. “I like people as animals. But it’s faux fur, it’s not real. I’m a vegetarian.”

The campus trees, squirrels and overall environment worked as a muse, as did Silvester’s more than 30 years of experience that ranged from Web design to art fabrication and replication animation.

Some of the particulars of these jobs are incredible. Silvester has built massive fiberglass sculptures for the Macy’s Thanksgiving Day Parade, created objects like children’s toys for comic strip Family Circle and designed the Rock and Roll Hall of Fame website.

Her artistic ability and dark humor came in handy when she worked on Pee-wee’s Playhouse and the Back to the Future ride at Universal Studios. Perhaps more impressive, however, was her work as an art fabricator in New York—her home state—for leading pop artists Robert Rauschenberg, Tom Wesselmann, Marisol and Lynda Benglis.

“As an artist, especially in New York, you just survive,” she says of the experience. “That was all sort of dark and wacky, so my work is still playful and dark.”

While working on the Back to the Future ride, Silvester decided to go back to computers and stop making large models as she had been for sets and other artists.

“I probably created enough toxic waste to last 100 million years,” she says. “I made a set that was 30-by-70 feet out of that foam that never breaks down and it was huge and disgusting. There were these huge bugs that came out of it. It was horrible. I said that’s it, I’m done with this, and then transitioned into computers. It was a good call.”

Silvester feels her digital work is almost more difficult than painting because she sees every flaw magnified.

“It’s really labor intensive and a lot of people don’t understand but this is all hand drawn,” she says of her digital work. Sometimes I’ll scan in my drawing but then I still have to paint it. I touch every part of that freaking piece. And when you flatten things (in Photoshop) then you have to fix it. I’ll still print something out and will see something and no one else will but I know it’s there. When I started painting, I kind of missed the ‘undo.’” 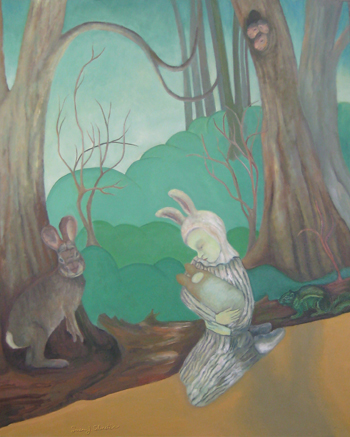 Silvester paints using mixed media, acrylics and oil. She has also recently incorporated her sculpting skills into her solo genre, sculpting bunny girls using clay and covering them with felt. If she completes the pieces, she may also include them in her show.

“I’m trying to show where I started and where I’m going so it’ll be interesting and help round out the show,” she says.

When she’s not in her studio or feverishly fixing every line and dot on her digital drawings, Silvester is teaching at the Art Institute, a job that has helped her go beyond “just surviving” as she did years ago in New York.

“Now I can do my art because I have that [the teaching],” she says. Silvester teaches color theory, drawing and design at the institute and also instructs senior classes at the Natomas Art Center in Folsom.

The art scene in Sacramento is also more her pace, Silvester says, after honing her career in both New York and Dallas.

“Since I moved here in 2001, the art scene has changed so much,” she says. “It’s expanded but it’s still a core group. I like knowing the different artists and seeing what they’re doing.”

She adds that attending school in Sacramento and having a studio at Verge has also positively affected her work and given her the confidence and feedback she needs.

“It has been a good place for me and we just kind of share ideas and critiques, so it’s really great for artists.”

Check out Gallery 2110 this July to see more of Silvester’s creations. A reception will be held July 13, 2013 from 6 to 9 p.m. Visit Susansilvester.com to follow her work. 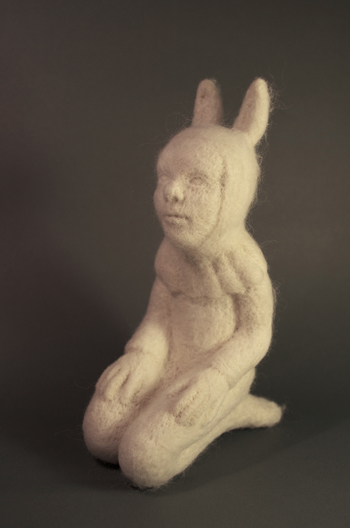