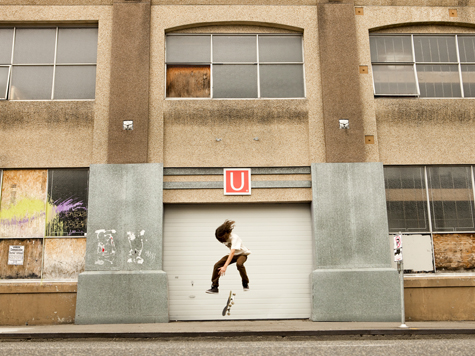 Local photographer Wes Davis has captured an unusual occurrence from behind his camera lens. In the same frame, a skater is caught ollying midair as two dancers are frozen in a leap behind him, while a third dancer crouches below. In another frame a skater grinds a platform while two dancers twirl in the background, positioned as though together the three form a sequence, while another dancer holds the splits upside down beneath them. In each shot, Davis captures the ability of human bodies to fill space with motion.

These photos make up half of Davis’ contribution to Step Free, an exhibition at Beatnik Studios consisting of work by both Davis and local painter Jayme Goodwin. Goodwin’s paintings are primarily focused on dancers, while Davis’ photo collection, an array of both black and white and colored digital photos, juxtaposes the art of dancing against the art of skating. This is the first time these photos are being showcased in an exhibition.

Creating a photography exhibition that features skaters alongside dancers had been an idea floating around in Davis’ head for some time, he tells Submerge during a morning visit to Beatnik Studios. 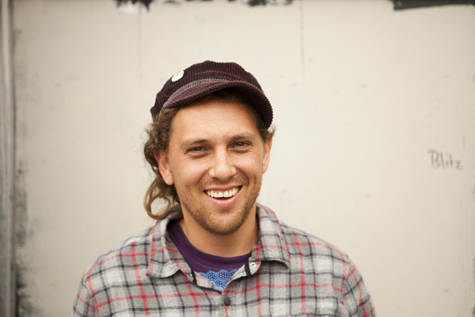 Portrait of Davis by Mark Dillon

The half of his photos that are in color had been taken within the last one to two years, capturing his friends in their natural elements, flipping boards, ollying and grinding surfaces around Sacramento, Loomis and Portland, Ore. A longtime skater himself, the photos encapsulate an important element of his life on film.

“Pretty much anytime that you’re skating with friends, it doesn’t really matter where you are,” he says. “I really like skating the streets, just being able to push around and zigzag in and out of people, it’s kind of my favorite place to skate. But really it’s who you’re with rather than the place you’re at.”

The other half of the exhibition, the black and white photos, materialized about six months ago.

Davis found some willing members of CORE, a local dance collective, to take part in a photo shoot at Beatnik. Finding skaters for the shoot was easy, he simply had to round up some friends. The crew spent a one-day session at Beatnik and, voila, you have prints that bring skaters to the forefront of an unusual backdrop–dancers. Female dancers leaping, flying through the air, balancing on one arm, on one hand, or just posing with a smile, while a skater soars overhead, board in tow.

Davis’ shots are raw, organic, anything but contrived. The dancers are dressed in shorts and sleeveless shirts, the skaters in T-shirts and jeans. Several of the frames capture laughter, or the subtle awkwardness before someone makes their next move, it’s as though everyone was constantly in motion throughout the entire shoot.

The subjects were allowed a lot of freedom, too, Davis says.

“I like to capture people’s natural movements and their natural expressions, as opposed to portraiture, where you’re trying to create a natural look,” he explains.

His requests of his subjects were minimal: dress comfortably, in whatever clothes are suited for skating or dancing on any given day. He set up a space where the skaters could perform jumps. Then the dancers were asked to fill the outside space with any movement of their choice. The result is whatever passed through the lens of his Canon 5D Mark II.

You could say that the result is a contrast of feminine versus masculine or of grace versus grit. But this stops short of Davis’ intent, which is to reveal the similarities between dancing and skating and the skill that each requires, rather than the differences.

“Dancers go through hell, they break bones, they get hurt, they’re constantly battling wounds,” Davis says. “It’s a really rugged sport, but for the spectator it’s beautiful. Skateboarders and dancers are the same people. It attracts that person that wants to be expressive and wants to be moving and use their body to develop their art.”

Of the two, dance usually gets the better rap, Davis says. Often considered a classy, highbrow art; if you are a dancer, you are considered a performing artist. Meanwhile, skating has evolved into a counter-culture here in the States, and if you are a skater, you are usually seen as the reckless punk. 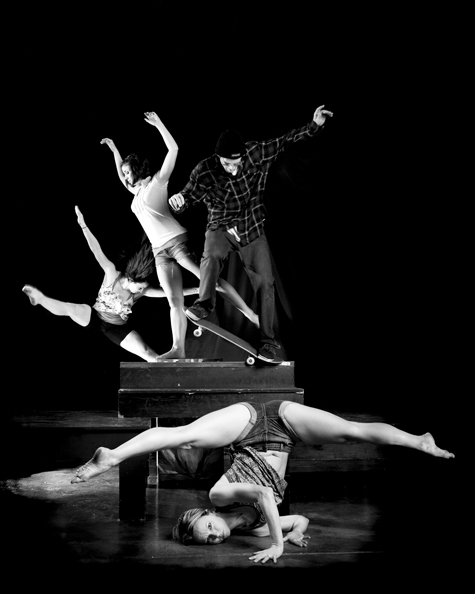 “You get this a lot out in the streets, people will see you on a skateboard and instantly are like, ‘Alright punks, get out of here,’” he says.

Yet, in Europe, he points out, skateboarding is the equivalent of a street performance. “People love watching it,” he says. “It’s a creative way to express yourself and think outside the box.”

The bottom line is that whether or not people choose to recognize it, both dancing and skating employ motion for artistic expression.

Davis himself picked up skating around 11 or 12, during a time when it wasn’t too common. The cool factor of skate culture wouldn’t surface for years to come. Growing up in Loomis, he was the lone skater, and in high school he would catch the nonsensical insults from jocks.

Nonetheless, his interest in skating soon segued into capturing movement on film.

“Skateboarding is what technically improved my photography [skills], because you have to learn how to shoot fast and how to really command your settings to get what you want out of it,” he explains.

Up to that point, he had been assigned the task of photographer during family vacations in the outdoors, equipped with the Pentax his father used to use while serving in the military in Germany during the ‘70s.

After graduating from Sacramento State with a photography degree he landed a gig as a soccer photographer, traveling in vans with soccer leagues regularly to shoot competitions around the country. But he quickly found himself longing for something other than being a slave to the competitions.

“I got burnt out on that pretty quick,” he remembers. 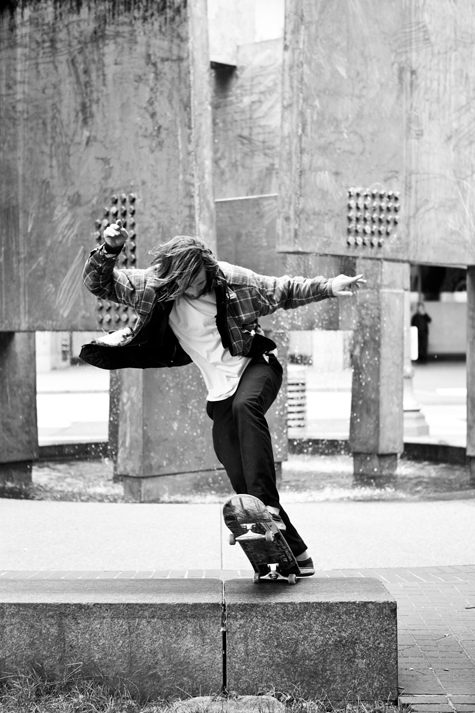 Though Sacramento State prepared him well in the mastery of fine art, the program did a poor job of preparing students for the business aspect, he says. For instance, he knew little about building a photography business, how to price his pieces or what the standards of the industry were. Often he was figuring out this stuff on his own, or by picking the brains of experienced commercial photographers.

Davis also realized an increasing need to hold photographers to a higher standard, where photographers are professionals, not hobbyists fiddling around with expensive cameras.

“There’s a lot of photography out there, and a lot of people that are just kind of hacks,” Davis explains. “I don’t want to insult people, but it’s true. I hear it every day, ‘Oh, I got a camera and I’m starting a photography business,’ but they’re coming to me to get coached on how to even shoot.”

In 2009, Davis quit his job working graphics at the Natural Foods Co-Op to commit himself to photography as a full-time occupation. He opened Beatnik Studios with Lindsay Calmettes, another photographer and graduate of Sacramento State, as a space for photographers to network, learn from each other and get honest feedback from others.

The two hadn’t anticipated that Beatnik would become a vital part of the local arts scene. What started as a photography space blossomed into an art gallery and event venue as well.

“It is fun [and] it is challenging,” Davis says. “It keeps us creatively motivated to restructure and reinvent ourselves.”

The space now operates as a hub for all kinds of local artists as an opportune location to express imaginative ideas, like placing dancers and skaters on the same plane. 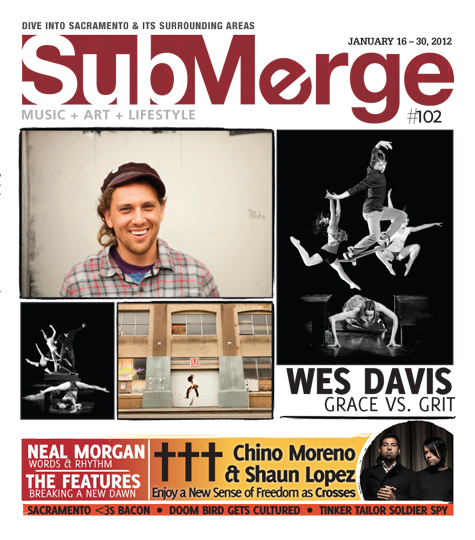