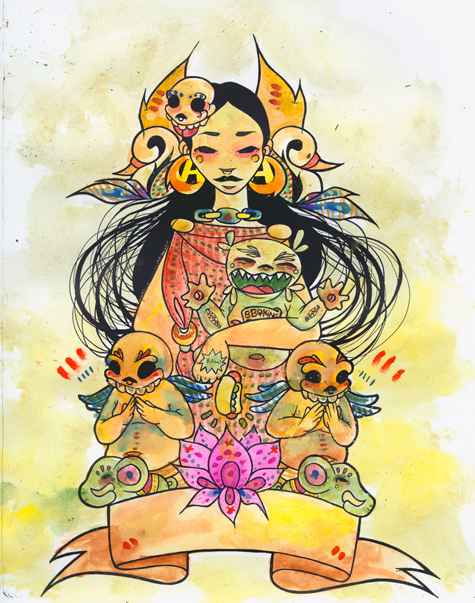 Artist 179 Taps into the Diversity of the Emerald City

Seattle-based artist 179 got her start in the art world in 1997 as a graffiti artist. In 2000, she graduated from high school, entered graphic design school and started gravitating more toward fine art. Now the artist finds herself facing what most would consider a good problem—rising notoriety.

“It is exciting, and I’m really hyped about all the work I’m getting and all the exposure,” she says. “But at the same time it’s stressful because, like, ‘What if I’m not good enough? What if I slump?’ It’s the ‘what ifs.’ I get a case of the ‘what ifs.’

In spite of the added stress, 179 reports that she has gone through “a really good inspirational period these last few months.” Local art enthusiasts will have the opportunity to see her recent transformation. March 8, 2008 marked 179 first trip to Sacramento for a Second Saturday. The artist will presented a solo show at UnitedState (1014 24th Street) where she collaborated with local artist Illyanna Maisonet to create a live mural painting. In anticipation of the event, 179 spoke with Submerge about her art, upbringing and frightening sermons delivered in Spanish. 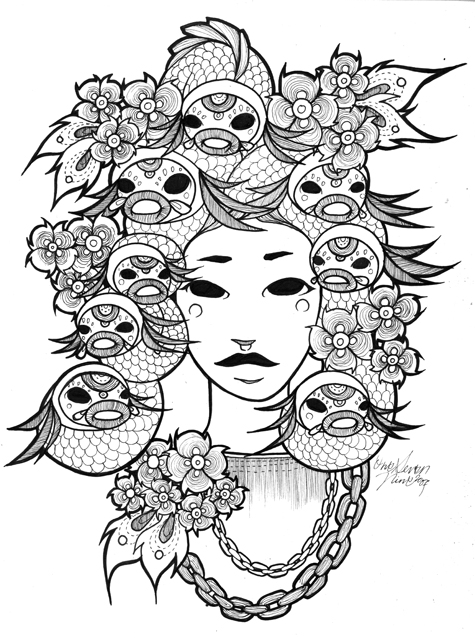 Is the graffiti scene in Seattle pretty active?
It comes in waves. A lot of people travel up here, because we have the trains. We’re close to Portland, we’re close to Vancouver, and so we have people who come and go on their way traveling. There’s a small core of people who paint”¦I think Seattle is such a young city that it’s still developing its identity. A lot of people move away from Seattle—they move to San Francisco, they move to New York. It’s always in a state of flux.

Did you grow up there?
Yeah, I’ve spent the majority of my life in Seattle, but I grew up in a farm, migrant town, a little way out from Seattle—about two hours out. I got the best of country life and the best of city life.

Are your parents immigrants?
My father’s from Mexico, and my mother was born in Seattle, but her family’s from Texas—San Antonio. So, I have the Chicano [side], and my father didn’t really speak that much English, he spoke Spanish.

I noticed a lot of animals in your work. Why do you gravitate toward painting creatures?
I don’t want to necessarily put a face on a painting. When you put a face on a painting, it becomes tangible. It becomes, “Oh, that person is a woman, an Asian woman.” A lot of my women look Asian because I look Asian [laughs]. When you put a face on it, you’re able to give it an identity, but with animals not so much. Animals can be a great many things. They could be your spirit animal, or birds could represent freedom because they can fly. They’re not really subjects, but they can be ideas. And that’s something I really started doing just this year—painting animals. I’m really liking that direction, because the possibilities are endless as far as painting them. 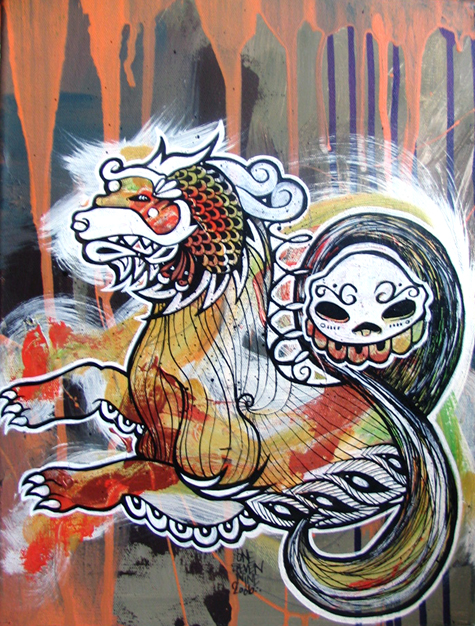 You mentioned that your human characters looked Asian, and I noticed there was an Asian influence in your work.
Yeah, well my family is very multicultural. I have cousins who are Filipino and Mexican, and cousins who are Japanese and Mexican. And so when I came to Seattle from that small city, I had all these different cultures clashing together. I was really confused, because I didn’t understand. When I grew up, I had my father and mother, and they were Mexican, and my sisters were Mexican. We knew white people, and we knew that we didn’t like white people because that dividing line between the farmers and the farmers’ workers. We had those kind of social guidelines. In Seattle, there were all these different kinds of people, and I didn’t know how to categorize them. 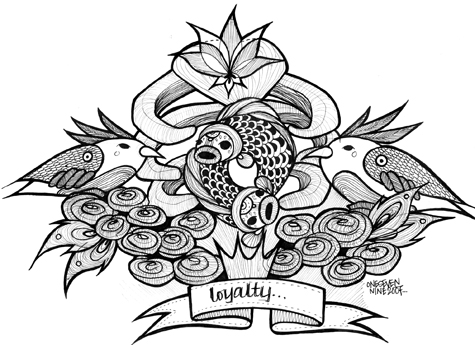 When I first saw your work, I thought there were a lot of religious themes, but the more I looked at it, I guess they’re more spiritual themes”¦
I grew up Mexican Catholic, and being Mexican Catholic revolves around fear and forgiveness. So, we’re constantly asking for forgiveness—like going to confession and stuff—and even in a roundabout way, asking the Virgin Mary for forgiveness. Going to church when I was little and having this priest yell at you in Spanish was very frightening [laughs]. It goes with the saying, “Putting the fear of God into you.” I came to Seattle, and it’s kind of the same, but it’s not quite as damning—the church I’m currently a member of. I’m not a practicing member, but I’m still a member of a church [laughs]. Don’t tell my grandma that, though.

A lot of the things that I find in Catholicism I don’t agree with, like the way they treat women. I also don’t think you should have to beg for forgiveness. You are who you are, and you try to the best that you are. I don’t think that being damned to hell because you were born with original sin is any incentive to be good. I think you should do good because you want to do good, not because you’re scared of hell. It is more spiritual because I think your connection to God is more spiritual than something in a book or a priest yelling at you in Spanish.

I take that Catholic iconography, and I make it spiritual, but I’m also kind of making a mockery of it, which my grandparents too terribly like. But they understand. I try to explain that I’m not trying to make fun, I’m just trying to figure it out. If I put a hot dog on a crucifix, I’m sorry. It just happens.

Are your parents supportive of your artwork?
At first they weren’t. At first it was graffiti, and it was vandalizing, and it was criminal, and they couldn’t understand that aspect. When I started doing more art, and I started going to school for design, they got more supportive. Now that I’m doing shows, they’re seeing the rewards of all my hard work. Because, you know, they’re family and their concerned: “Get a job, get married, have kids. You’re 25, why aren’t you working on a career and settling down.” Being Mexican Catholic, I should have five kids by now [laughs]. But they’re seeing it paying off and kind of breaking that mold of what it means to be a Latina these days. I don’t have to follow the same path that my aunties and my mom did. 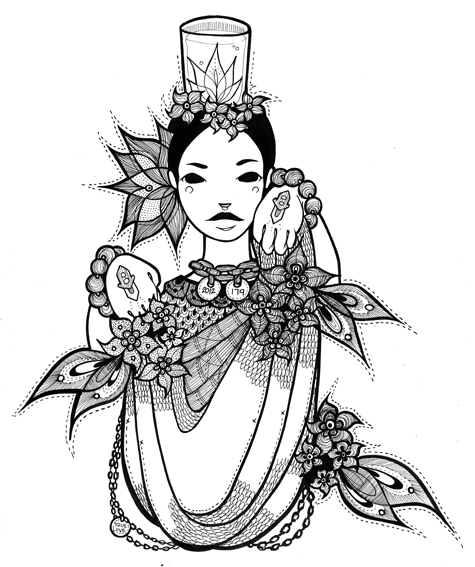