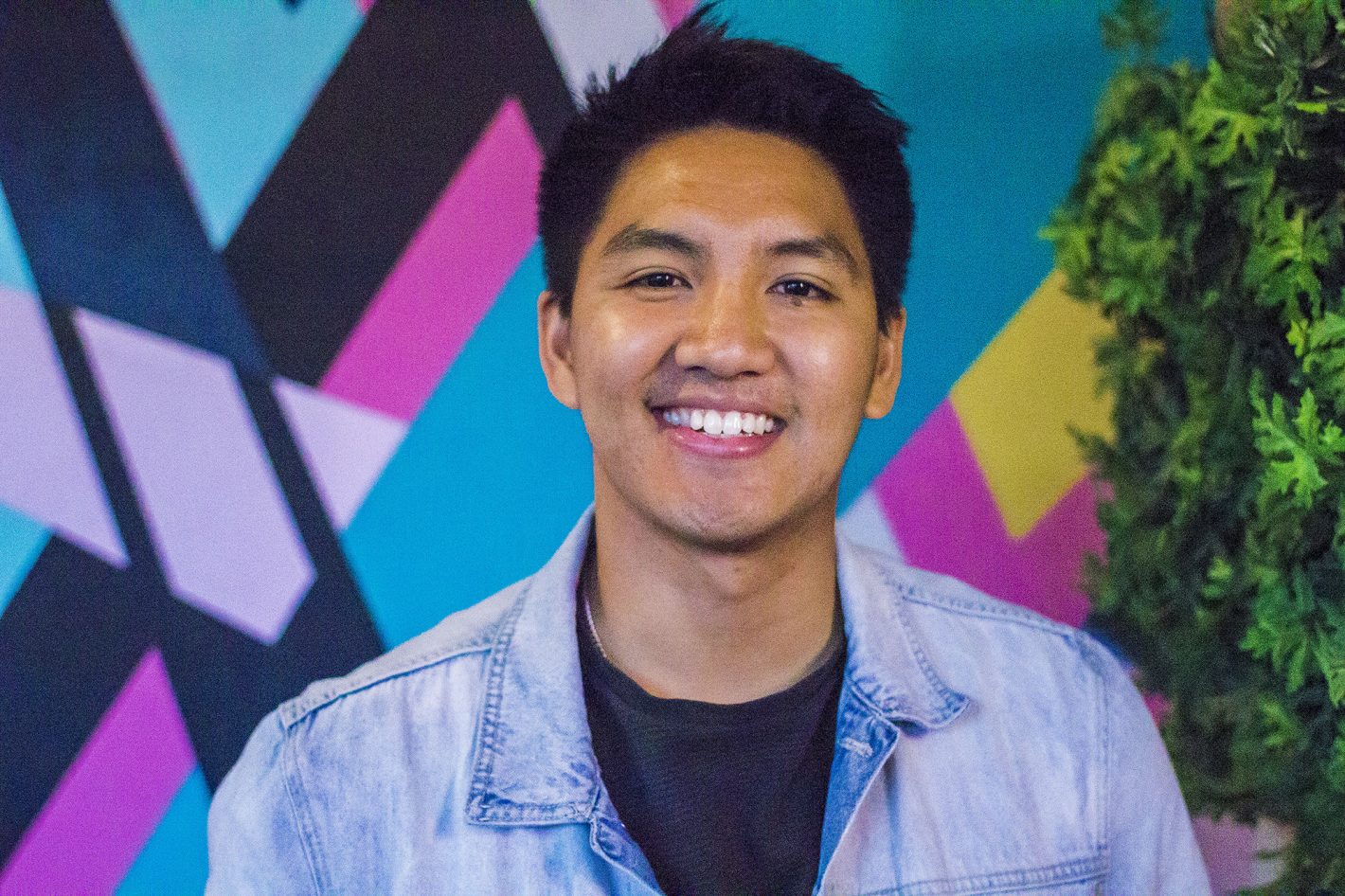 I’ve known comedian JR De Guzman for about seven years now, so it was both weird and fun to interview him for this article. I’ve seen him evolve from a quiet kid who’d pop into an open mic, to the seasoned pro rocking a full house at Sacramento Memorial Auditorium last year, to performing his own 15-minute special as part of Netflix’s The Comedy Lineup. In a world where success of this sort is hard to come by, it’s refreshing to see De Guzman do so well.

De Guzman writes some damn funny jokes, and adding a guitar to his performance arsenal has created a magic blend of musical comedy that has proven to be an entertaining formula. In 2015, a 15-minute clip of his performance at the Crest Theatre was uploaded to YouTube, and quickly became a viral sensation, garnering more than 250,000 views to date thanks to some love from folks on Reddit. He went on to win the 2016 StandUp NBC Award (won by local comic Kiry Shabazz a year later, giving Sacramento back-to-back victories in the competition).

De Guzman’s comedy album Dual Citizen was released by 800 Pound Gorilla Records in February 2017, and it debuted No. 1 on both the Billboard and iTunes comedy charts. With the debut of his Netflix special, it seems as if there’s no limit for this talented comic.

Well, the limit may be in his ability to come up with a good name for his pug, which he not-so-cleverly dubbed Pugsy. Despite his hacky approach to naming canines, his on-stage comedy is funny where it counts. 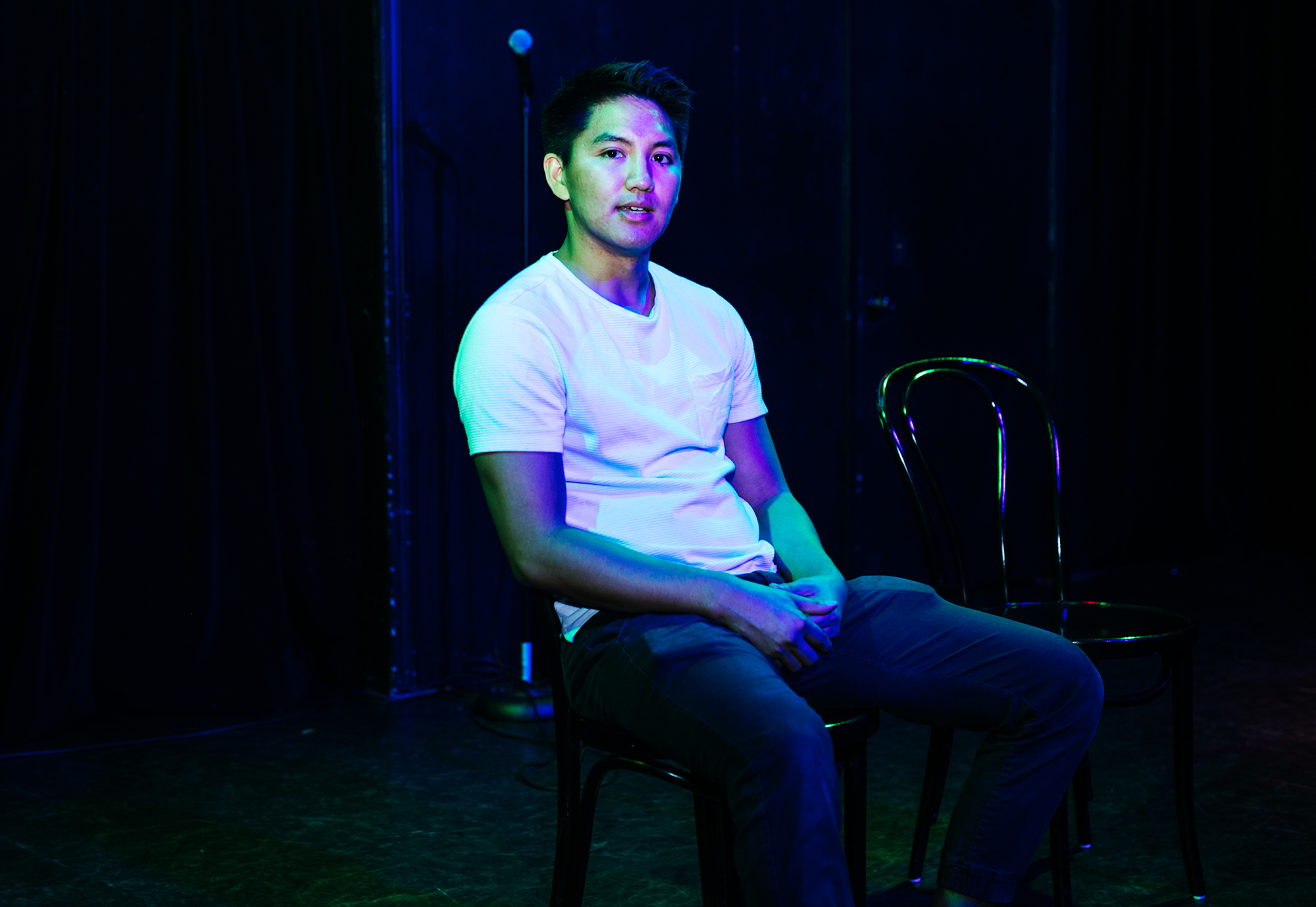 Was music a part of your comedy when you first started?
I did stand-up without music for about a year. I was still at UC Davis, and I took a comedy class that had you do everything. I took any class related to comedy. I went to a theater class that taught sketch comedy, improv comedy, stand-up and musical comedy. When I did the musical comedy thing, I did that song on my act. It was a song about the phrase “No Homo.” I don’t do it anymore; I did it for about a year, but it was the first comedy song I wrote and it was for a class assignment, and I started closing with it in my act.

Was it a song where you’re saying “No Homo,” but everything you’re saying is contrary to that?
No, that would have been a better song. It was making fun of rappers for using that phrase. It was like how all of the dance songs of the time were just commands that were easy to shout out.

Who were your earliest influences?
The first two were Dave Chappelle and Zach Galifianakis. I almost feel that today what I do is just a weird mix of what I like best of them.

I hear comedians talk about “Guitar Comics” as if that’s some less than acceptable or pure form of stand-up comedy, derisively.
You sure it’s not the most respected one [laughs]?

Well it’s interesting that some of the most respected comedians in history use music. You’ve got Steve Martin, Bo Burnham and Adam Sandler’s new Netflix special is amazing. Do you just take the criticism in stride, or does it bug you?
I was hanging out with another musical comedian yesterday and talking about this. Even the words “Guitar Comedian” sounds so bad.

Yeah, it’s almost like “Prop Comic.”
There’s a stigma behind it. I don’t even want to say it. I just say that I do musical stand-up, then they go, “Oh yeah, you’re a ‘Guitar Comic.’” There was a comic right in the beginning, when I first started doing the guitar, he pulled me aside and said, “You know, man. That guitar is cool, but it’s kind of a crutch. You’ll get over it. You’ll get past it. Once you drop it, I think you’ll be an amazing comedian.” I never forgot that. I remember being so heartbroken, thinking I had to stop doing it. I was so new and he was headlining shows and really looked up to him. But it stuck with me.

Then maybe three years in, at a time when I wasn’t sure where my stand-up was going, doing shows for no money, and my brothers had careers in dentistry, so I had to decide if I was going to keep doing it or not. That’s when the YouTube video of me performing at the Crest started getting some hits. If I started conforming my act to “The Hack Police” or whatever you call them, then a lot of stuff would have never happened for me. All of the things that have strengthened me on this journey have been the things where I have committed to what I am, what I do and what I like. There were a lot of people that I looked up to that said heartbreaking things when I was starting out. I just thought that people I like don’t like my shit. But I knew that it was something kind of different and it was true to me at the end of the day.

Comedians are less than a half a percent of your audience. It’s a gift you have, and it’s stupid to tie an arm behind your back just because they can’t play the guitar.
I think at the end of the day, if it’s good, it’s good.

Tell me about that YouTube video that became a viral hit.
I was in a weird place and did a stand-up tour of Asia. When I was traveling there were no more “Hack Police.” In Asia and Europe, they love musical comedy, they love character comedy and they love everything. I saw some of the best stand-up out there, because there were no rules. I saw this really unique Mitch Hedberg-style stuff from an Asian guy in Singapore. So that encouraged me to do musical comedy even harder.

When I got back I’d do these Tribble Runs [a string of comedy shows over a long distance] where I’d get like $300, but after buying food and gas, I’d end up not making any money. I had no money left on the way home. I had to be one of those guys at the gas station with a made up story, but it was real to me. I ended up exchanging my comedy CD with someone for $20. It was a really shitty CD, but now I have a less shitty one out.

I put together 15 minutes to perform at the Crest Theatre to tape and give to agents and managers to get into to the college circuit. My friend saw it when it had 30 views, and he posted it to Reddit, and that’s where it went really big to 30,000 the next day. It’s since got over 200,000. But it gave me a good tape that gave me an agent and manager.

You’ve got some funny little jokes as asides in addition to your songs. When you’re approaching this how do you divide your comedy writing between the music and the jokes?
When I started out, I just wrote jokes, but songs helped me stretch to 30 minutes so I could start making money. Even now when I start writing, I just do a ton of joke writing; out of 100 maybe one is good. But I try to write a good song for each good joke. I don’t think I could ever be a pure musical act, though.

Tell me about performing at Sacramento Memorial Auditorium opening for Nick Offerman.
They gave my tape to Nick Offerman and they picked mine. Luke Soin [Sacramento-based comedian] taped my set. The show was so amazing with that energy. It’s something I’ve never felt at any other show. It was such a drug. It was the perfect show. I would do it every night if I could. There’s a sense when you’re opening for someone that you really have to prove it. That’s the tape that I submitted to Netflix, and that’s how I got my special.

My favorite moment of that performance was when you just killed it, then walked off the stage to a near ovation, then Nick Offerman walked out on the stage with a guitar, and you could just see the look on his face was like, “Goddamnit!” He had so much respect.
He said, “What a fine young gentleman. I’m sad to have to follow him!” It was really cool. For all the times comedians gave me shit, that made up for it.

So the Netflix special came out about two months ago. What does it feel like a few hours before it’s coming on?
I got to see it a week before it dropped, but after watching it I just got more nervous. I wondered how the rest of the world was going to see it. I wasn’t really thinking about it that much an hour before it dropped, because it was my girlfriend Chelsea’s birthday. The best thing is hearing that “Da-doom” Netflix sound before it starts. Once people started responding to it on social media it really felt real. I was so nervous because it’s the biggest platform I’ve been on so far.

People were messaging me from Facebook, Instagram and Twitter and saying really nice things. Somebody from Brazil was like, “I’m in med school and watching comedy is what gets me through it, and this is one of the hardest times I’ve laughed in a long time.” It was so encouraging. As much as you need to do it with intrinsic motivation, that stuff really validates what you do.

I remember setting a goal during the Netflix taping to be a positive light in comedy for people. I’m not very political, but I kind of want to be a break from all the shittiness of what the news is portraying. This can just be a reminder to be silly. So to hear that from people is cool.