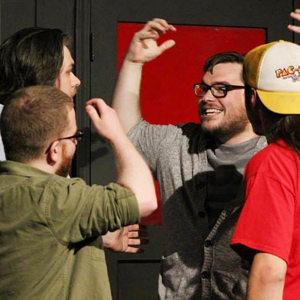 Just like our music scene and our art scene, Sacramento’s comedy scene is an ever-changing beast. Here are a few noteworthy things going down in the local comedy scene as of late: Sacramento Comedy Spot, located in the MARRS Building, is expanding and opening up a new space called the “Comedy Spot Lab,” located at 1812 J Street, Suite 9 in Midtown Sacramento. According to a press release, The Lab will serve as an additional classroom, rehearsal facility, and podcast recording studio. With the extra space, the Comedy Spot can offer new sketch comedy and stand-up classes as well as additional beginning improv classes. Learn more, sign up for classes and check out upcoming shows at Saccomedyspot.com 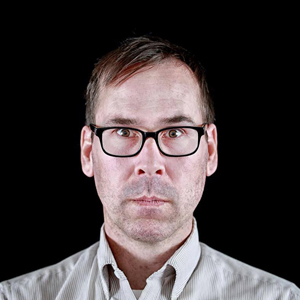 After a long and impressive run, Comedy Night at Luna’s is coming to an end on Wednesday, May 14, 2014. Keith Lowell Jensen started Comedy Night at Luna’s in 2009 after recording a CD there and falling in love with the small, intimate space. “I long thought Sacramento needed a good workout room,” Jensen told Submerge. “Something to serve as the next step after the open mic scene helped comics get their first five. I wanted a place to get that first 10, 15, 30. I’m really proud of how many comics had ‘firsts’ at Luna’s.” He says he doesn’t really see a need for the recurring night anymore, that they proved it can work, and that “lots of people are doing kickass showcases and rooms downtown that can be a little more alt.” Plus, he may be able to use the free time for “new projects,” as he put it. Keep up with KLJ at Rockass.net and be sure to check out his podcast called “It’s Funny Because…” available on iTunes and Lybsin.

A group of local comedians including Johnny Taylor, Daniel Humbarger, Stephen Furey, Jaime Fernandez, Michael Patten and Alfonso Portela, are teaming up to launch an all new recurring weekly stand-up show on Wednesdays called The InFIRMary at Thistle Dew Dessert Theater (1901 P Street). The show will feature special guests every week as well as sets from most (if not all) of the names mentioned above. Thistle Dew is a unique little spot with less than 40 seats, so these are sure to be intimate shows. You are encouraged to bring your own wine and/or champagne (don’t forget to bring your own glasses, too!) and there will be desserts available for purchase. Tickets are $8 each and the show gets started at 8 p.m. every Wednesday starting May 28. Snag tickets in advance to ensure your seat at the kickoff show at Infirmary.brownpapertickets.com