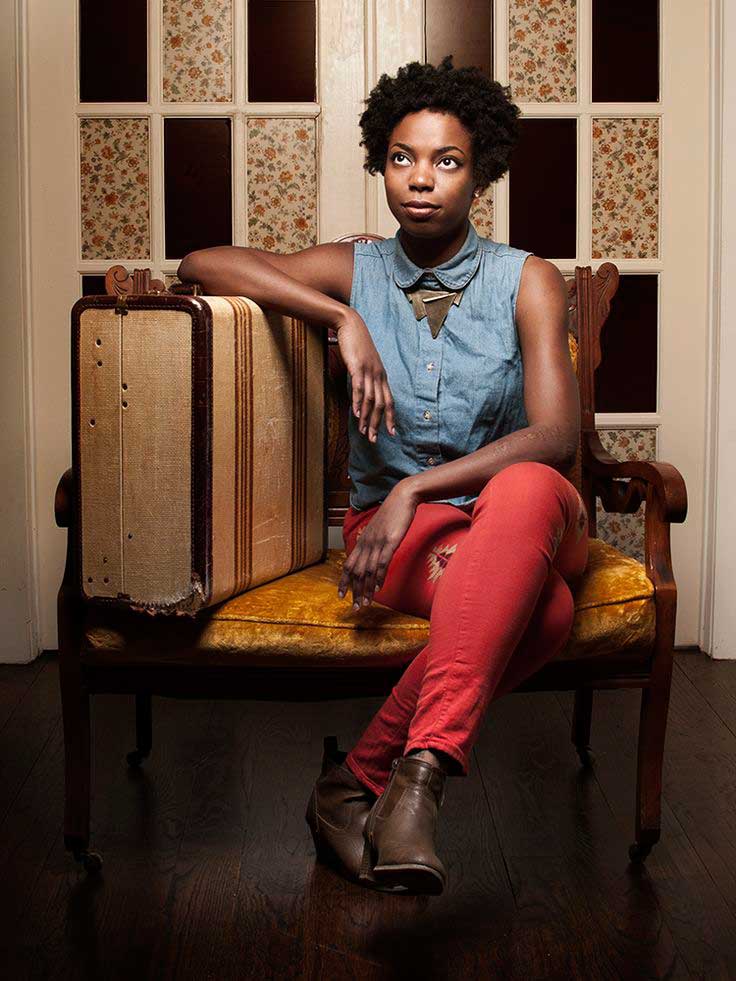 Comedy, On the Rocks

Comedian/actress Sasheer Zamata has a sketch in which she’s walking down a New York City street when a male stranger comes up to her, asks to walk her home (she says no and keeps walking). He then pulls out his junk and says “Hey Miss, this is for you!” Hilarity ensues as Zamata tries to see the interaction from the exposed man’s perspective, and even praises his polite directness.

“It was like a date with a lot of stuff missing out the middle,” says Zamata. “It was short and sweet. Everyone was honest with their feelings. It was probably the best date I’ve ever had actually.”

As hysterical as it is, the sketch addresses the more serious issue of society not openly talking about and taking proper action against sexual harassment. It’s something Zamata discussed over the phone last week while answering questions about her upcoming Sacramento stand-up show, her dream-come-true career as a Saturday Night Live cast member and coming up with new material.

“Everyone probably has some sort of uncomfortable sexual, weird moment with a guy, which sucks,” she says. “It’s shitty to think it’s just inevitable that something terrible like that will come across your path in life. I do like talking about that on and off stage so people know they’re not the only one and it’s not your fault, that it’s more common than we think.”

Zamata says she admired the Columbia University student who carried her mattress around campus after she was assaulted, forcing people to have that conversation.

“Even in my neighborhood now—I live in Brooklyn, and it’s a safe part of Brooklyn—I have gotten followed walking home and my guy friends are like, ‘No, how is that possible?’ but it doesn’t matter where you are, it’s possible,” she adds. “So if the conversation includes men more, maybe they can check each other on that like, ‘Hey man, maybe don’t be an asshole to this girl or don’t push her too hard at the party.’”

Zamata says she talks about what’s going on in the news with friends and coworkers when figuring out the best execution for serious topics.

“Some things are better as a sketch or a joke or a short film and I just write everything down and think about what I want to say, and sometimes I just get on stage and talk about it,” she says. “Lately, because a lot of the news has been intense, it’s more talk and not necessarily jokes, but I work out how I feel about the situation and people in the audience are with me, they get it.”

It’s not easy to address racial issues or tragedies, or conversations society has been avoiding, but Zamata says she sees it as a comedian’s job to shine a light on these things in society, reflect on them and be a mirror.

“That’s what I try to do and it’s been getting a good response,” she says.

If you’re getting worried Zamata’s shows on July 11, 2015, at the Comedy Spot are going to be Debbie Downers, they won’t. The improv extraordinaire has been working on new material that most fans have not yet seen, unless they’ve caught her in late-night action around NYC.

The shows are part of her first major cross-country tour, Whiskey on the Rocks. And yes, that is her drink of choice for those of you who’ll be attending or catching up with Zamata at a bar after the show.

The 29-year-old has had a whirlwind year-and-a-half after joining the cast of SNL, and has won over viewers with her on-point impressions of Michelle Obama, Rihanna and other prominent black women in society, who, for the last eight years, were mostly being played by SNL male cast members, if played at all.

“We have a lot of black people on the show who want to shake things up and want to talk about things that may be uncomfortable, but we want to talk about it so we try to put it into the most digestible package,” Zamata says. “It’s hard because we aren’t like this new punk show just starting out; we are a show with a long tradition and have to appeal to our longtime fans.”

Zamata is free to perform as she pleases in her own live shows, but has realized that since starting her new job, audience members sometimes expect to “see SNL” at her performances.

“Older people would be like, I was a fan since the 1970s and I was really hoping you would do Michelle Obama,” she laughs. 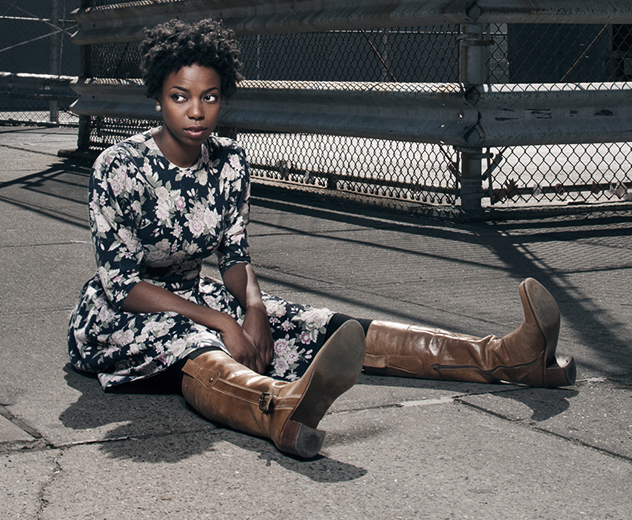 Her love of performing started at a young age, and not in improv but in show choir (she notes that ever since the SNL team found out she could sing, she has had regular singing sketches on the show). It wasn’t until middle school that a volleyball coach with a love for ComedySportz introduced Zamata to competitive short-form improv by taking the team to a show at the end of a season.

“The first time I went I thought, what is this magical thing, and I was so enamored,” Zamata says. She forced her parents to take her to more of the shows and in high school, she joined an improv team for a week before realizing it conflicted with her show choir schedule.

“So I’d just watch Whose Line Is It Anyway all the time and was still an improv fan,” she says.

After graduating from University of Virginia with a drama degree, Zamata moved to New York and joined the Upright Citizens Brigade (UCB), whose ranks include hundreds of famous comedians and improv artists like Amy Poehler, Matt Besser and Ian Roberts.

“I started doing improv because I liked improv,” Zamata says about her switch from choir and musical theater. “It was the same with sketch and stand-up. I barreled into it and figured I’d stop when it stopped being fun but it has never stopped being fun.”

When Zamata joined UCB in 2009, she was the only black female. Since then, several more have joined the group and even more women are in leading roles in comedy than Zamata ever remembers.

“I think it’s all about representation; seeing someone on stage or on screen who looks like you is a huge help,” she says. “Donald Glover was performing here [at UCB] and even though I’m not a guy, he was someone I could relate to and that was a huge help for me. It helps to have a relation to someone that you’re watching. If all you see is one kind of person, it may seem hard to get into it.”

Zamata says she noticed during UCB’s annual Del Close Marathon—a three-day improv event in NYC—that improv students of color were taking pictures of her and saying they couldn’t wait to show their friends and families that people who look like them are doing this work too.

“I feel proud that I was able to be at UCB for so long and now there are more people who look like me there,” she says, but adds that comedy, and especially improv with its expensive classes, can still be hard to reach for many young people because of socioeconomic issues or because they don’t have the exposure in their schools or towns.

“But I think it is changing and the more exposure UCB and the form has to people the more diverse it’ll become,” she says. “This is a good time for women in comedy and I feel excited to be in the mix of it.”

To get Sasheer Zamata that whiskey at Comedy Spot on July 11, go to Saccomedyspot.com/sasheer-zamata for tickets. She has two shows: 8 p.m. and 10 p.m. and tickets are only $20. 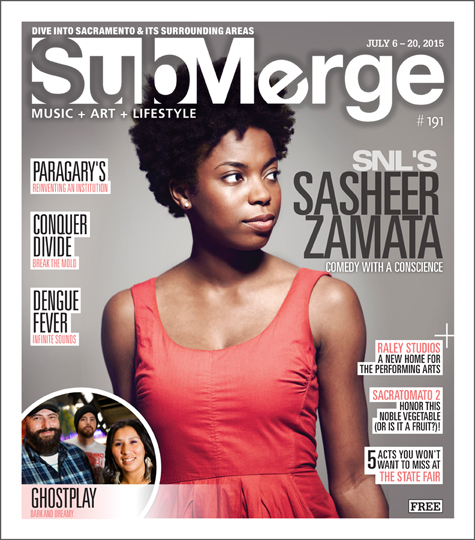