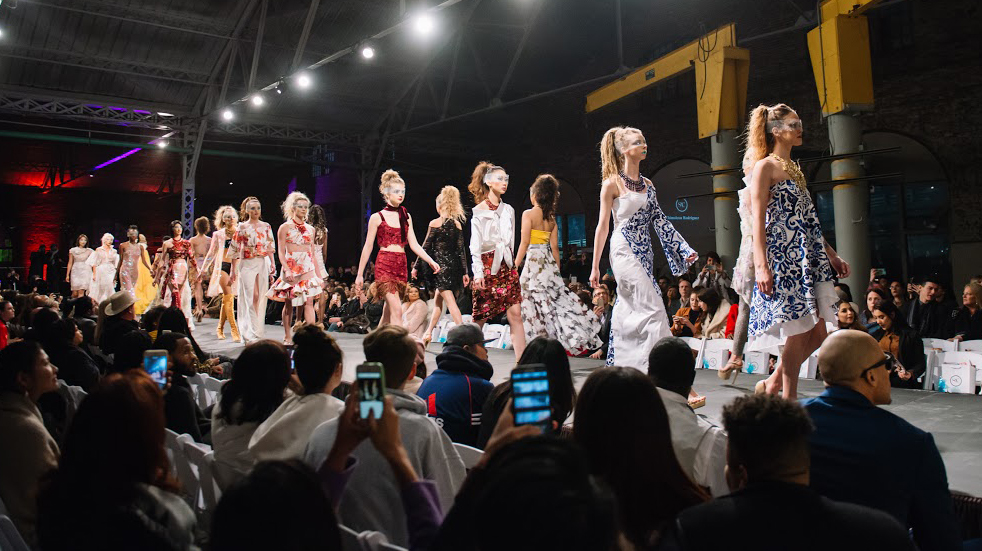 Sacramento seems to be covered in art these days. Sacramento Fashion Week was no exception.

Dressed-to-impressed spectators swarmed the historic industrial space of Sacramento’s Railyards for the 11th annual exposition of local garment designers’ unbridled creativity. Fashion designers, photographers, models and hair and makeup artists collaborated to create inspired visual stories that encouraged their audience with aspirational, yet accessible, wearable art. Proceeds from Sac Fashion Week were dedicated to Wind Youth Services this year, which is an organization that provides assistance to youth experiencing homelessness.

Working with local higher education institutions to develop talent, Sac Fashion Week is a platform that allows local aspiring designers to gain real-world experience in being a part of a large-scale fashion event. 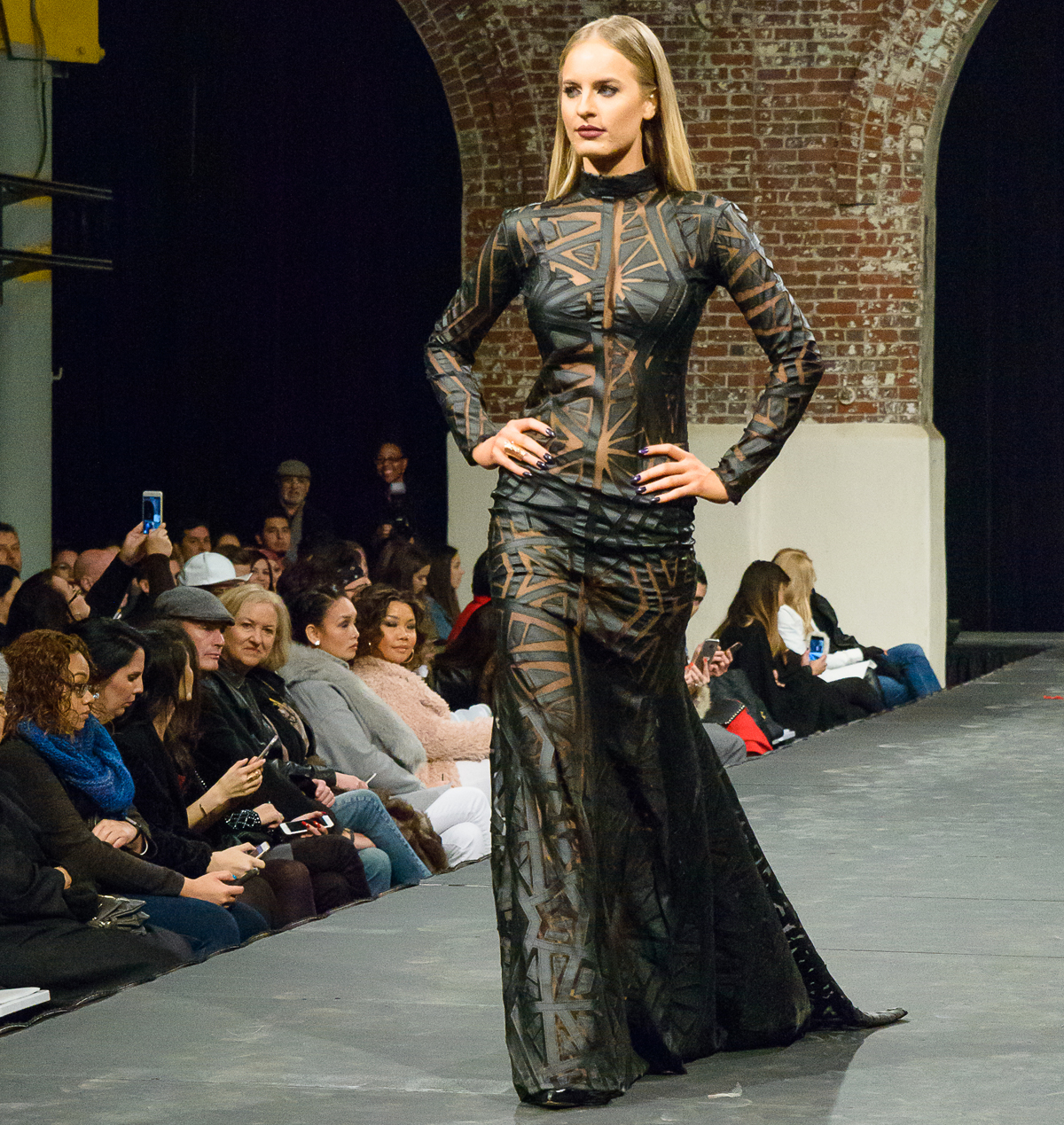 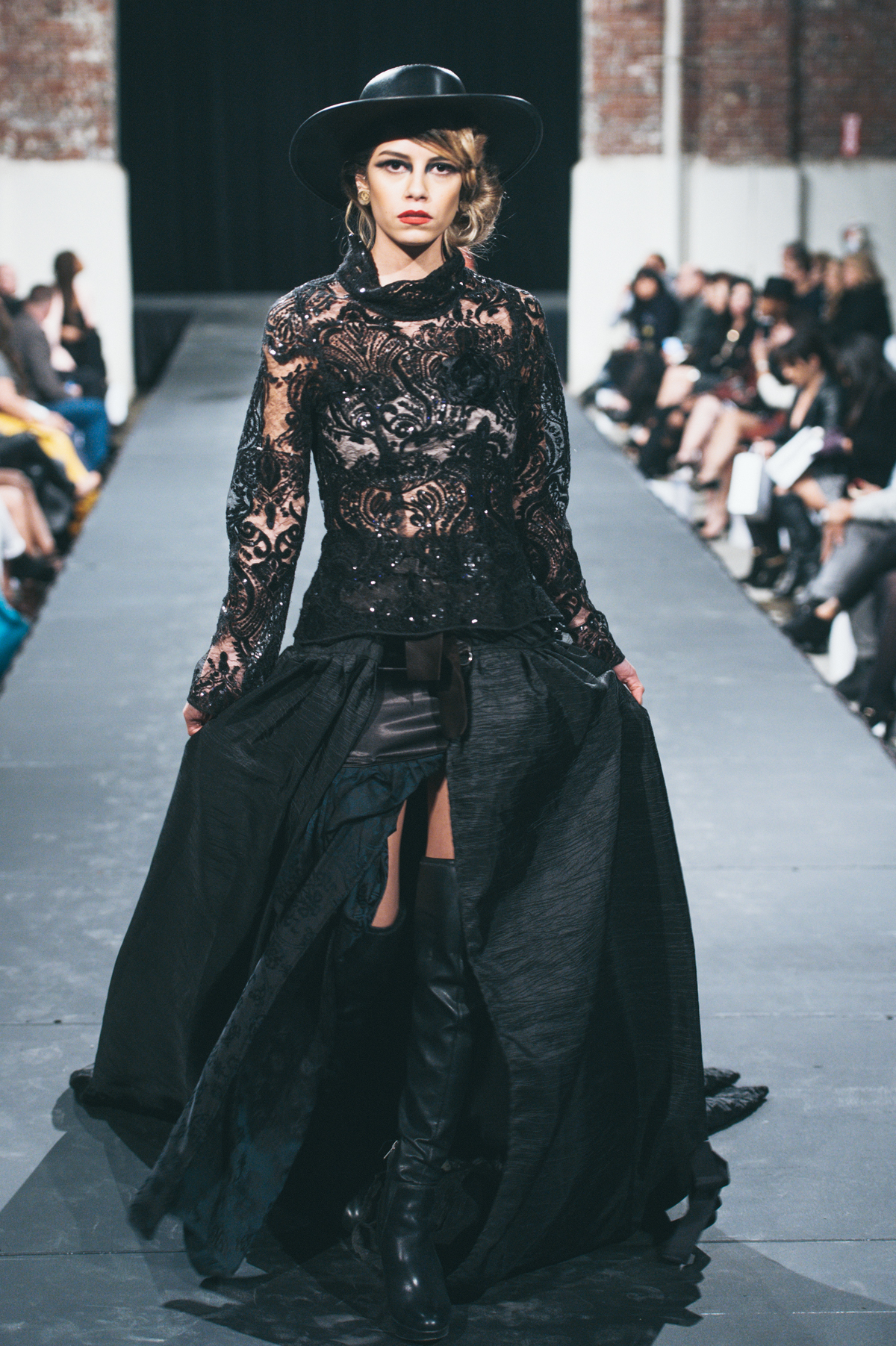 Says Scatha G. Allison, designer of the gothic glamour line Miss Velvet Cream, humbly, “I am very particular about the models I work with … and I spend time with the models, as we collectively create the vision from idea to reality. The models are the diamonds of the collection—they make the work shine bright, so they need to feel the story and see the idea of the entire collection, as well as understanding their own part in it. For the SACFW show, all of my models were absolutely amazing. They were unique and receptive, they listened and connected as a whole to the vision.” 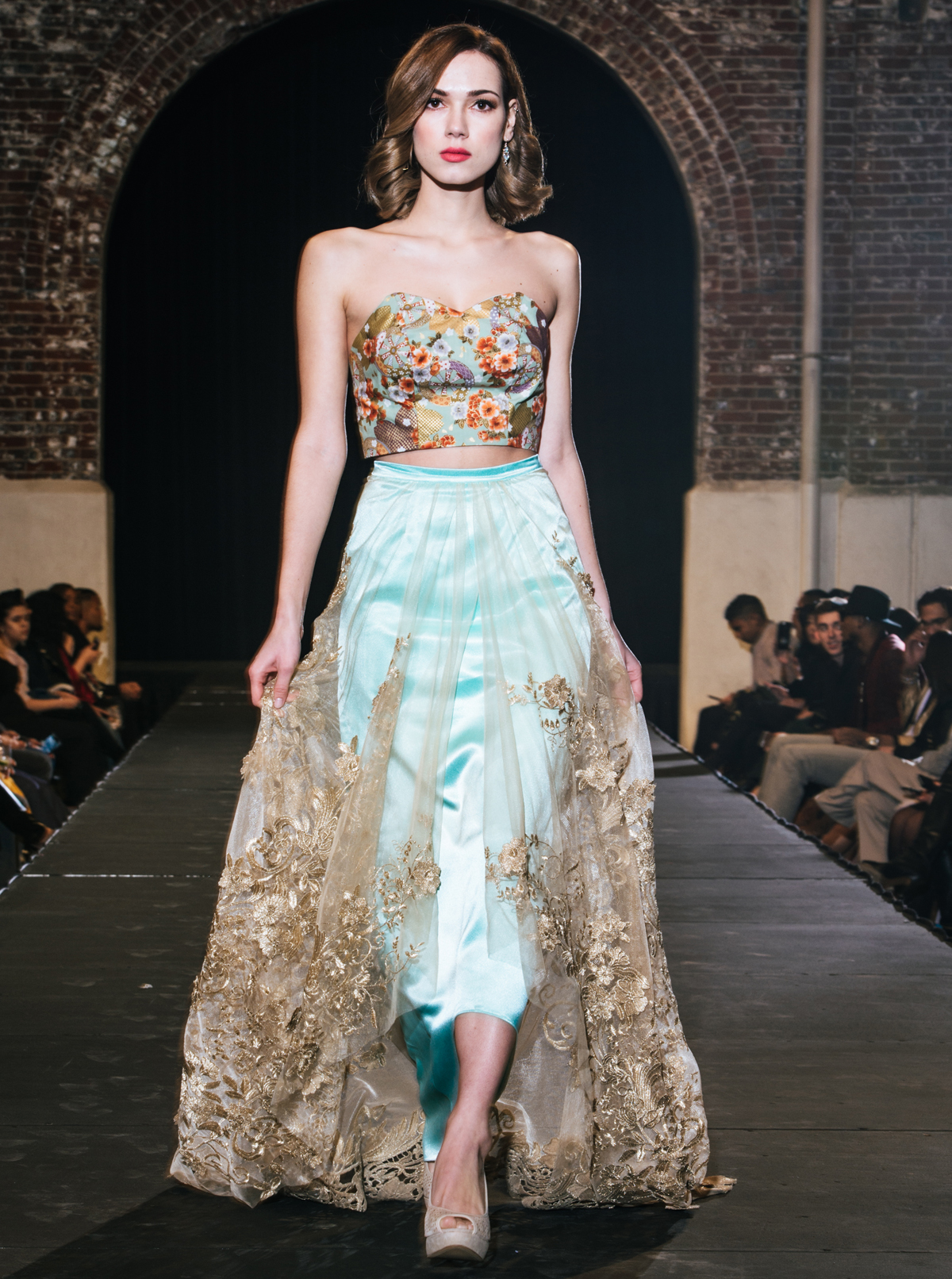 Lace, sheer, paisley, floral and flowy forms were thematic in Friday night’s Spring/Summer Showcase. The color palette was dominated by red, white, black and midnight blue. On Saturday night, the Fall/Winter Showcase was a mix of mustard, black, white, burgundy and gold. Eshonna Trice, Hagen Valencia and Thimoleon Rodriguez were among the designers that unveiled their hard work at the Railyards. Here, Hagen Valencia’s collection, comprised of male ensembles, was juxtaposed with Eshonna Trice and Thimoleon Rodriguez’s gender-bending, hardcore, romantic, ‘70s-inspired and sheer pieces. Models stormed down the runway with swishes of mesh, sways of form-hugging fabric, sleek hair and unflinching game faces. 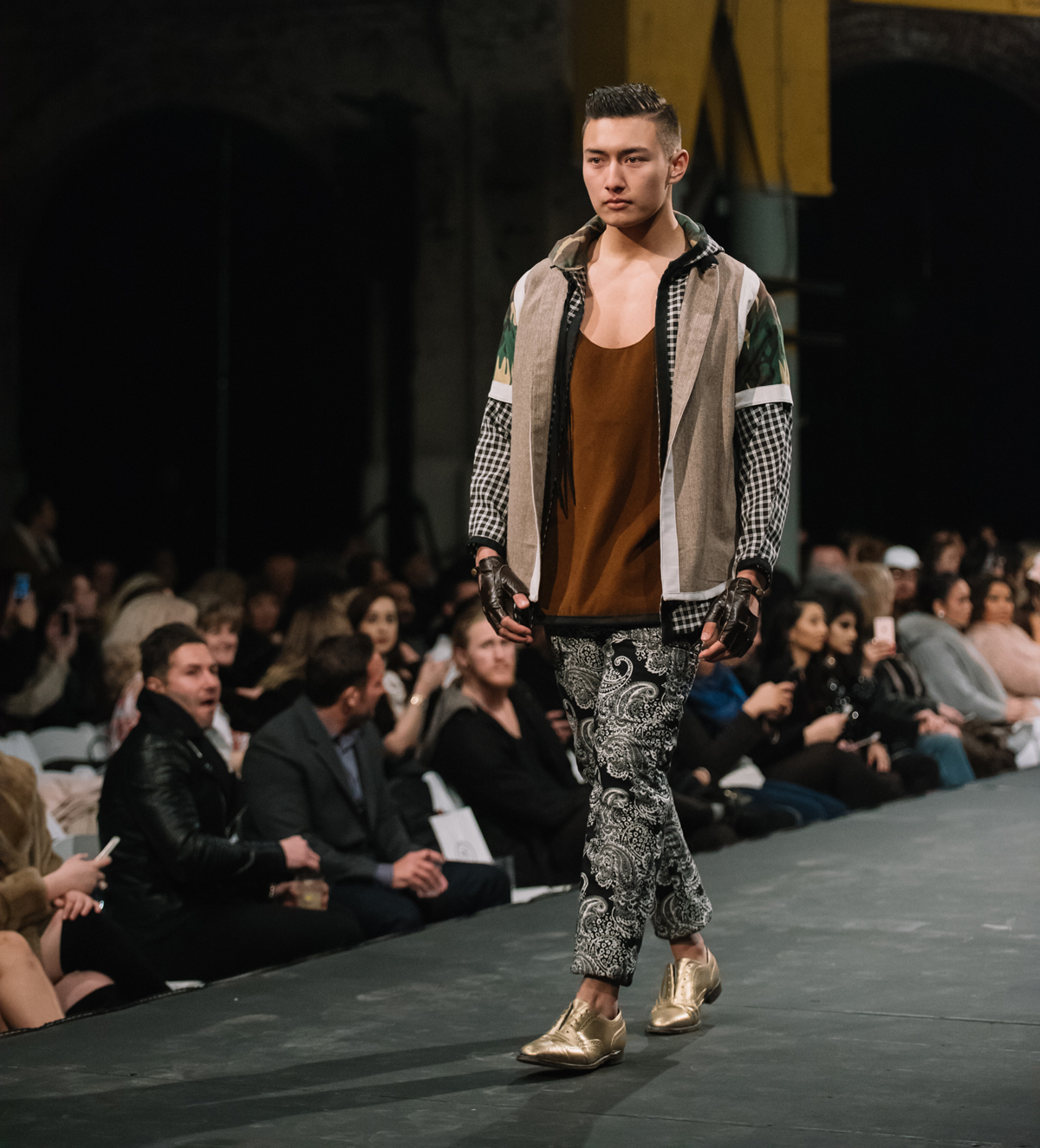 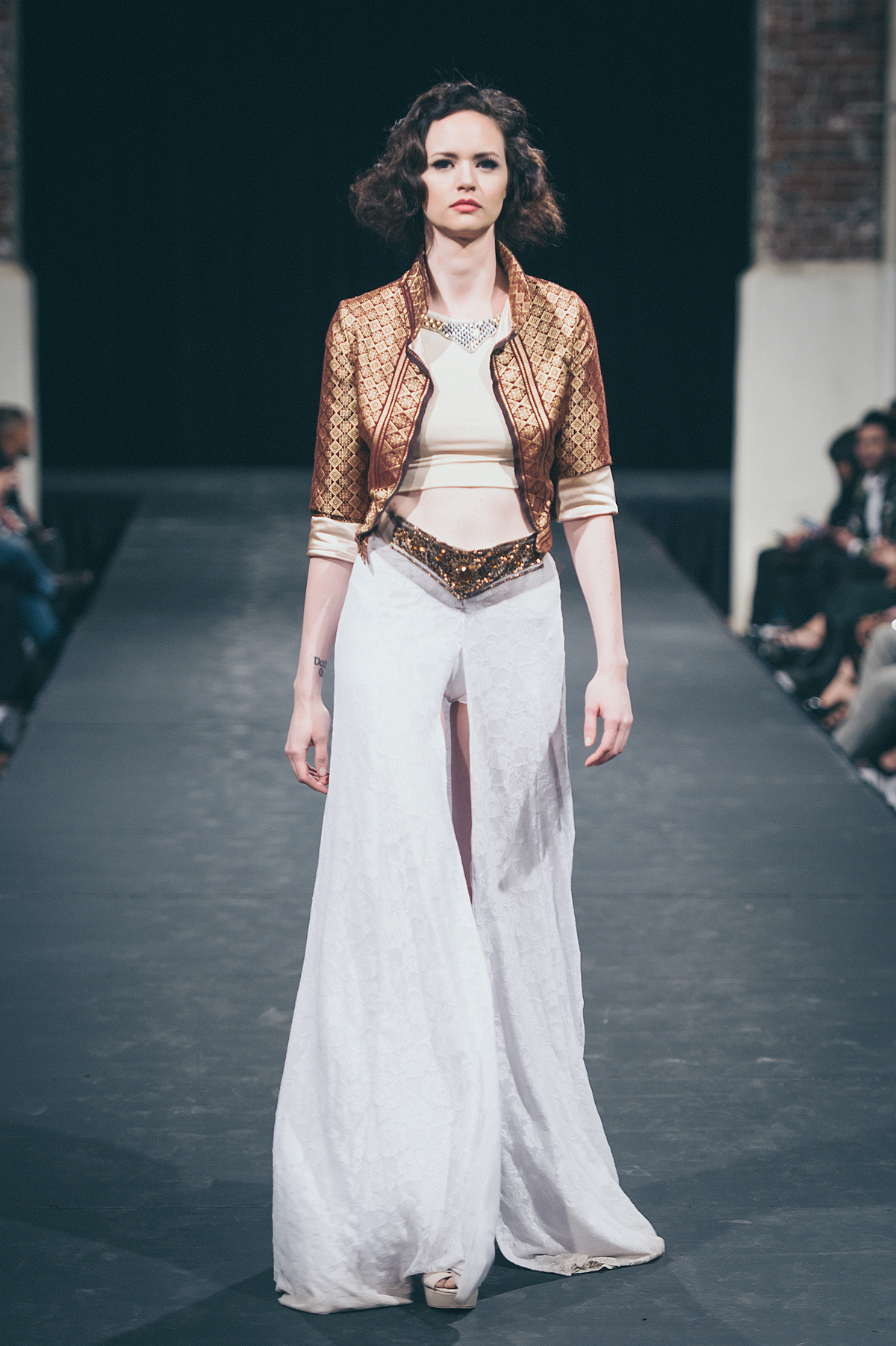 Saphaktra Touch was born in Cambodia and came to the United States when she was 6 years old. Her Saloeut Spring Collection was inspired by vintage Hollywood glamor. “Sacramento Fashion Week 2017 was my first fashion show as a designer,” she said. “It turned out to be a large scale project that required extensive planning, timely execution and many late hours sewing to create 15 gowns.” For her first rodeo, Saphaktra Touch brought thoughtful execution and creativity to the table, in spite of the atmosphere of last-minute chaos, and somehow evoked a flowy, carefree feeling with her audience.

“Backstage was the place where all elements came together, some just moments before the show; models, makeup and gowns,” she went on to say. “Five minutes before runway, I was still making some final adjustments to get everything just right. It was an intense experience, but rewarding at the end as well.” As the models confidently stepped onto the runway, you’d never know the chaos from which they’d just emerged backstage.

The rewards of hard, creative work, can be endlessly fruitful. Of her design process, Allison said, “Sometimes, an idea takes so much more time to be constructed than it appears in a sketch. The pattern and shape of pieces around the body, the ruffles, the layers and fabrics coming together, the ornamentation, appliqués and details, some of which are not evident until you look closer—all of these take time and attention. However, when a piece comes together, I can feel it, and it is a uniquely satisfying moment … This is the nature of the creative process.”

Sacramento, you so artsy. 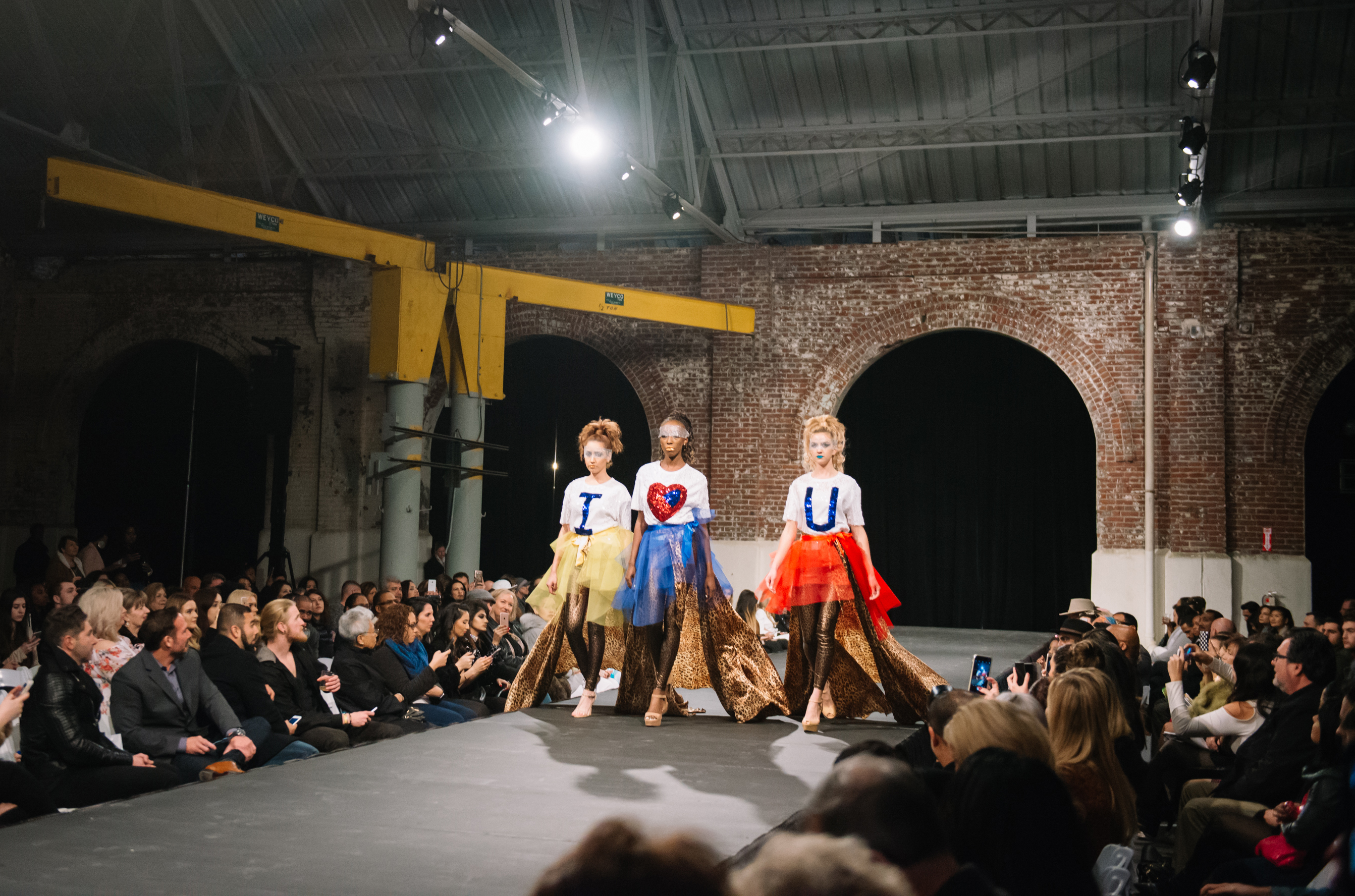