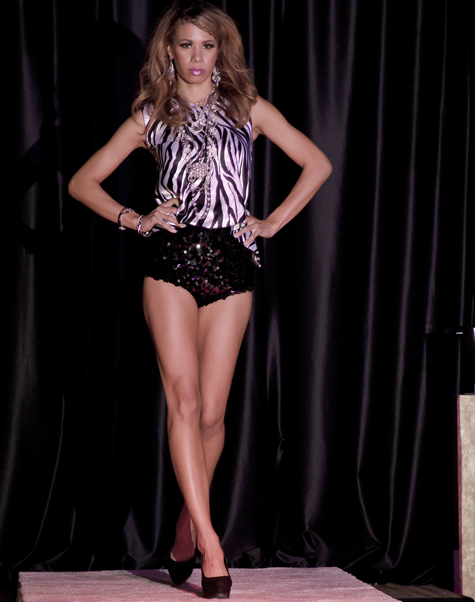 If glitz is what you were looking for downtown Wednesday night, District 30 had it. The posh nightclub was holding its fall fashion series throughout the week, and this night was the Touch of Pink runway benefit show featuring the work of Sacramento designer Faatui Toele.

Inside, 20 to 30 people were spread around the bar. A few select individuals grinded, pinning each other against walls as DJ Nate D and company spun beats like Flo Rida’s “Low” or Lil John and the Eastside Boyz’s “Get Low” from a perch behind a tall wooden platform. Some people lounged in plush, long booths sipping drinks, while others settled into chairs lining the runway, helping themselves to glasses of champagne.

Despite the event being a breast cancer benefit, few wore even a touch of pink. Many were fashionably clad, nonetheless, sporting creepers, mini dresses, faux hawks, suit jackets, vests and platforms.

There were plenty of drinks to be had, as some leaned against the marble-top bar while heavy bass lines pulsed beneath their feet. Slowly people began to gather around the runway in anticipation beneath whirling lights, colorful birdcages and a spinning disco ball suspended from the ceiling. 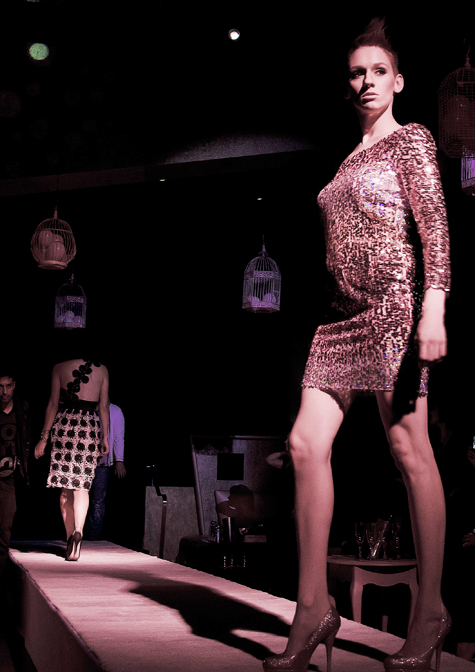 By the time the models emerged from behind the slinky black curtain onto the catwalk, 40 to 50 people crowded around to watch. The models were all legs and tresses. The first model pranced onto the stage dressed in high-waist sequined booty shorts and a sleeveless zebra-print blouse. Another appeared with a black, off-the-shoulder one-sleeve draped over a pink tube dress underneath. And yet another appeared sporting a red tube dress with a zip down front, her neck wrapped in long strands of crystals.

The audience was receptive, letting out supportive whoops and hollas. True, a few of the models could have used some coaching on both their swagger and poker face, looking a little uneasy approaching the crowd. Submerge couldn’t help noticing, however, a huddle of three or four noticeably obnoxious male spectators that couldn’t contain their urges to be heard, shamelessly blurting out, “Why is everyone cheering for that girl? Oh, it must be her family!”

The show went on. The models towered over the crowd in metallic stilettos and short ankle boots. The rest of Toele’s collection featured mostly black, skin-tight, thigh-high dresses, one-shoulder cuts and more sequins. Several models donned pieces with metallic zig-zag patterns, while other garments incorporated beading and more zippers. The designs were classic and sexy, though not particularly cutting-edge.

Toele modestly trailed behind the models onto the catwalk for the finale. Shortly after, the models reappeared from behind the curtains and got down on the dance floor, helping the crowd loosen up while the DJs returned to the turntables, churning tunes by Adele and the Red Hot Chili Peppers into the night.