Celebrate the Craft: 11 Sacramento Beer Week Events To Put On Your Hit List 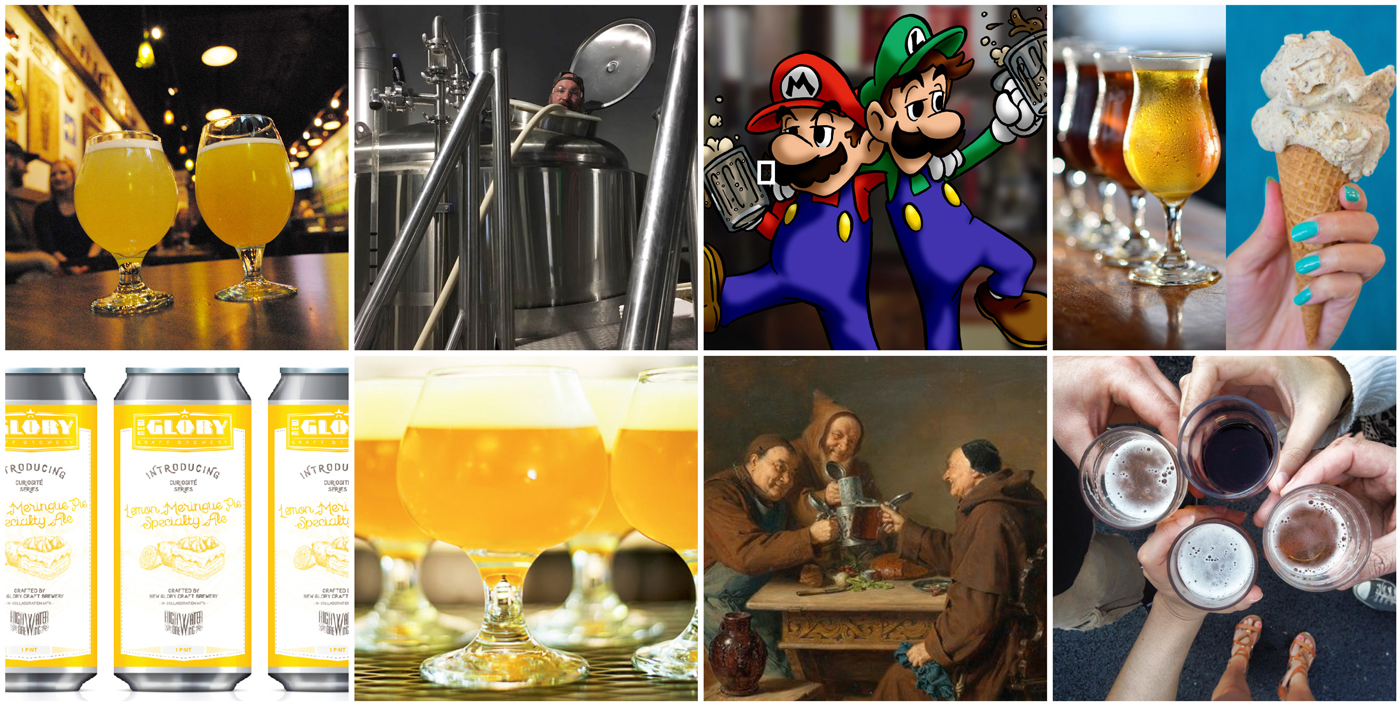 Running March 2–12, Sacramento Beer Week is now an 11 day region wide celebration of all things craft beer, boasting hundreds of special events at local breweries, tap rooms, bars and restaurants. We spent hours scouring the seemingly endless listings and picked out 11 of our favorites, one for each day of SBW. To get the full rundown, you’ll want to visit Sacbeerweek.com or hit up your favorite watering holes to see what they’ve got going on. Happy Beer Week!

Kick off SBW with more than 40 breweries at the annual Sacramento Brewers’ Showcase on Thursday, March 2 at 6 p.m. at the California Automobile Museum. Just $40 in advance for an all-you-can-drink ticket. Plenty of food trucks will be on site to accompany all those brews. Sacbeerweek.com for tickets. 2200 Front St., Sacramento.

Day in and day out, whether it’s Beer Week or not, Capitol Beer and Tap Room is one of the best local spots to enjoy an ever-changing array of craft brews. On Friday, March 3, two of the most celebrated and seriously buzzed about California breweries, Alvarado Street from Monterey County and Moonraker from Auburn, will take over the handles at Cap Tap all day starting at 11 a.m. Check out which beers to expect that day, along with the rest of their SBW lineup at Capitolbeer.com. 2222 Fair Oaks Blvd., Sacramento.

Two of our absolute favorite breweries from the region, New Glory and Highwater, collaborated to create the quite exquisite sounding Lemon Meringue Pie Specialty Ale. It’s a strong American Blonde Ale brewed with graham crackers and lactose, fermented with vanilla beans and fresh local lemon juice. The release party is Saturday, March 4 from 11 a.m. to 10 p.m. with a food truck on-site from 5 to 9 p.m. 8251 Alpine Ave., Sacramento.

Go behind the curtain and watch brewers at work on Sunday, March 5 at the newly opened Fort Rock Brewing. From 11 a.m. to 5 p.m.-ish come enjoy a pint and watch them brew their next batch, and if you’re the curious type, toss out any questions you have because they’ll be there to drop knowledge. I hit up this brand new spot last week when they’d only been open a number of days, and I really enjoyed what they were pouring (available that night was a pilsner, IPA, red IPA, and a brown, which was my personal favorite). The space is great, too, very spacious, perfect for big groups of friends. Look for their Double IPA and Pale Ale to drop soon! 12401 Folsom Blvd., Rancho Cordova.

It’s all the craze. That’s right, we’re talking about the haze! Juicy, murky New England-style IPAs are undeniably hot right now on the West Coast. A lot of breweries are making them, but whose is the best? To taste at least a dozen mostly local hazy IPAs for yourself in one spot, check out Boneshaker Public House on Monday, March 6, from 3 p.m. to 11 p.m., for the inaugural “Blinded By the Haze: Blind Hazy IPA Tasting & Competition.” Visit Boneshakerpub.com for details. 2168 Sunset Blvd., Rocklin.

Sometimes the most fun Beer Week events are often the silliest and most random-seeming ones, like this: On Tuesday, March 7 from 6–10 p.m., Sactown Union Brewery is hosting a Mario Kart 64 Tournament. Thirty-two teams will compete for beer, merch and bragging rights. Visit Facebook.com/SactownUnion and click on “events” for details. 1210 66th St., Unit B, Sacramento.

This list wouldn’t be complete without a sour beer event. There will be many during SBW, but Hot City Pizza’s on Wednesday, March 8 is sure to be special. Their Mixed-Bag Sours Day will feature sours from breweries all over the world that they claim you likely have never seen and will have trouble ever finding again. 5642 J St., Sacramento.

On Thursday, March 9, take a trip to Belgium with The Monk’s Cellar at their Five-Course Trappist Beer Dinner. It will feature a lecture and slideshow from Celebrator writer and beer traveler “Big” Mike Moore and brewmaster Andy Klein. Enjoy five different Trappist beers, each expertly paired with a traditional food dish from Belgium. $60 per person, and it will sell out, so get tickets early by calling (916) 786-6665. 240 Vernon St., Roseville.

New Helvetia Brewing Co. and The Craft Creamery are teaming up for an epic ice cream and beer tasting event on Friday, March 10. The ice cream was made using, you guessed it, beer! Planned pairings include B-Squad Blonde Ale with Lemon Zest and Honey, Molly American Red Ale with Salted Caramel, Mystery Airship Bourbon Barrel-Aged Imperial Stout with Dark Chocolate, and more. I scream for… Beer! 1730 Broadway, Sacramento.

On Saturday, March 11 starting at 3 p.m., Tank House BBQ and Bar is hosting their fourth annual Sacramento Beer Week Pig Roast featuring Anderson Valley Brewing Company taking over the taps. Food is free! Get there early because it will get packed. 1925 J St., Sacramento.

And for the finale, it’s the annual Capitol Beer Fest, a massive event on Sunday, March 12 from noon to 5 p.m., featuring well over 100 breweries, more than a dozen food trucks, live music, the whole nine. Tickets are $40 in advance for general admission, available online at Capitolbeerfest.com, or in person at Der Biergarten, Rubicon and a number of other local spots. 5th Street Bridge (between H & Railyards), Sacramento.