Kid in a Candy Store

Andy’s Candy Apothecary Has Just What the Doctor Ordered

Most kids daydream about owning their own candy store—an unlimited supply of sugary treats, the euphoria of a candy-induced sugar high, the unadulterated bliss that comes from the cornucopia of lollipops, gum drops and gummy bears at your complete disposal.

“I’ve always been interested in good food and I’ve always kind of been a sweets freak,” Paul says. “So, growing up, I was probably a little more into candy than your average kid and then even as an adult I’d always find myself looking for a candy shop wherever I went.”

“It had been sort of a little pipe dream, so the contest was perfect,” Paul says. “What actually happened was one of our friends mentioned it and then we applied. Somewhere in the middle [of the process] we were like, ‘Even if we don’t win, we’re going to start this business,’ but it was really because of this one person.”

At the apothecary, Paul’s vision is to be a candy curator of sorts. By providing a wide variety of confections to suit the young, as well as the young at heart, he is able to prescribe the perfect remedy for his customer’s sweet tooth based on their preferences. The only side-effect is happiness, he says.

“We do have a wide variety, we’re really not just one thing, and that’s really important to me,” Paul explains. “There’s kind of something for everybody, and that’s probably how we happened upon the apothecary theme. We didn’t happen upon the word prescribing right away, but we realized that’s kind of what it is.”

The shop, which opened Dec. 13, 2013, lures you in with the promise of high-quality yet fun candies. The design aesthetic is a bit like Willy Wonka meets an upscale chocolatier, with a sprinkling of old-world apothecary touches: The entryway wall is lined with chocolate bars—a wall of chocolate that would make Wonka proud. The centerpiece of the store is a large counter where most of the homemade premium chocolate lives. And behind the counter, a display of shelves housing clear jars is filled with all the different kinds of colorful candy that Paul has sourced from all over the world—the design inspiration of which came from a present he received from his wife.

“I started gathering all of this candy in my house and it started filling up all the room in the pantry and my wife was like, ‘Let’s take care of this,’ and she gave me as a Christmas present a little candy cabinet,” Paul explains. “It sort of looks like a wood medicine cabinet and when you open it up there’s this mirrored back with all of these little jars.”

Paul’s concept favors quality and moderation. Specializing in handmade goodies from local candy makers and packaged treats from around the globe, his future plans include implementing an online component and adding an old-fashioned candy cart that will be available for events and parties—this isn’t your run of the mill mall candy store. 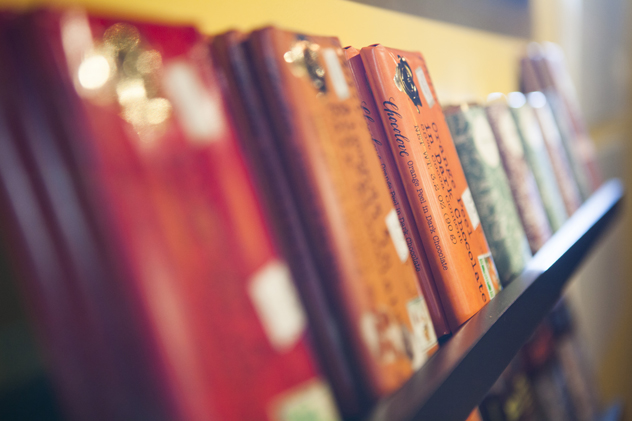 “There’s been more candy around the house, but there’s always been candy around the house. The other whole side of it is eating healthy and eating well. Which is ironic because I’m a candy store person, but if you’re going to eat something sweet make sure that it’s worth it,” he says. “We joke about how we’re against eating boring candy… I’m not totally against [Snickers bars] but there’s better things than it, and Snickers isn’t even technically made with real chocolate. I don’t want to be a snob, but it’s not even real chocolate.”

Another feature of the shop is a kid-friendly section that received the seal of approval from his own little candy lovers, proving his love for quality sugary goodies runs in the family.

“We have two daughters who are 9 and 6, and my kids have been loving [being involved in] this process,” he says. “We go to this store called the Candy Store in San Francisco and they gravitate toward certain things that I didn’t realize were that great or kids would even like that much. There are these gummy chicken feet, it literally looks like a chicken foot, but they get them every time we go, they think it’s hilarious…and they’ll definitely be in this store, we have a big bag at home, it looks kind of weird.”

While the candy man says winning the contest and opening the shop was a mind-boggling feat—from entering the contest to conception and creating a solid business plan, the process took a mere five months—he’s thankful to the Downtown Sacramento Partnership for allowing him the opportunity to tear the wrapper off of his very own candy shop. 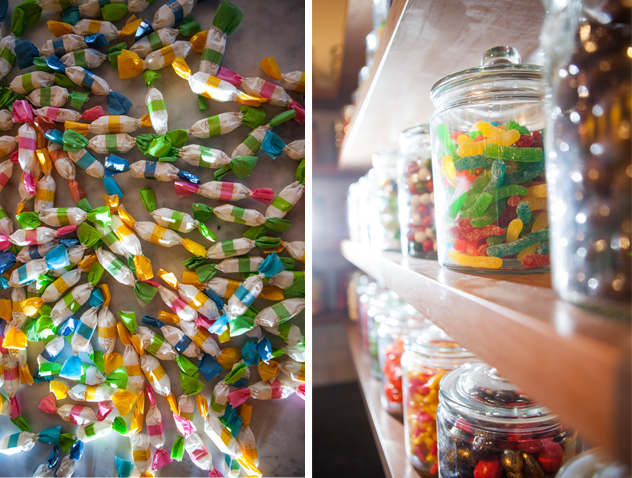 Paul says while the backbone of the business will be the large selection of affordable, yet unique gift baskets, he is most excited about the kid’s section.

“There’s going to be a lot of candy,” he says. “For me, the important part of it is that there’s a lot of stuff low to the ground and that there’s a lot of little tiny stuff. We’re going to have a big section where it’s all priced the same, like ten cents or a nickel. There are these baskets and there are all of these little different types of candies that are cheaper, but they’re still good and a lot of them are still a little more unique, they’re from different countries and stuff like that, but they’re not so weird that little kids won’t love them.”

Andy’s Candy Apothecary will open its doors at 1012 9th Street, Sacramento, in the very near future. Stay tuned to Facebook.com/AndysCandyStore for more updates. 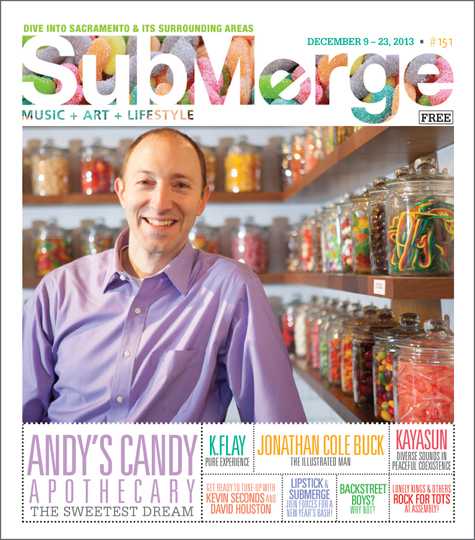