As my friends know all too well, when I drink, I like to DJ. So when I heard about a new dive bar in Midtown called B-Side, where you could play your own records, I wondered why I hadn’t thought of this brilliant concept myself.

B-Side is operated by the time-tested trio that brought Shady Lady to the forefront of Sacramento cocktail culture. But unlike Shady Lady, B-Side has a laid-back dive-y atmosphere. There’s no velvet damask wallpaper and moody lighting; there aren’t even drink menus. It’s the kind of place where you’re not going to be out of place in a hoodie and can get anything from a $3 Oly on tap to a fancy you-call-it cocktail with its corresponding high price tag.

“As much as we all love cocktails, there’s something to be said for a simple bar with no frills,” says Garrett Van Vleck, one of the managing partners at B-Side. “People seem a little surprised when we tell them there’s no cocktail list but they also quickly realize how nice it is to order whatever they want. We wanted a back-to-basics dive bar, but if you order something like an Old Fashioned or a Manhattan, you’re going to get the same quality drink you would at Shady Lady.” 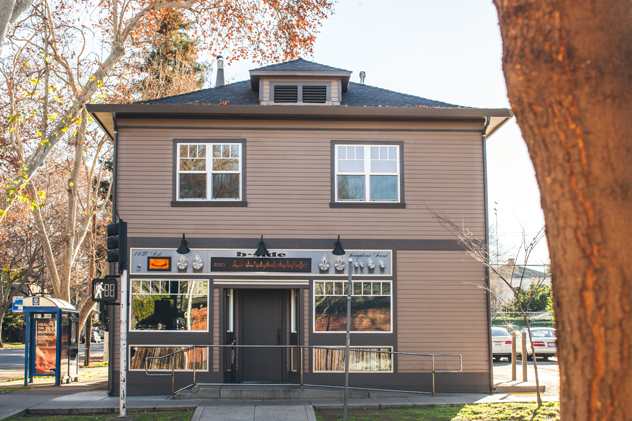 While Shady Lady’s decor is decidedly prohibition-era themed, B-Side has a sleazy ‘70s audiophile vibe. Rope lighting lined the bar shelves with record sleeves serving as the sole non-alcohol bar adornment. A collection of antique audio equipment backed the prominent DJ booth while a Russ Meyer film played scenes of gratuitous nudity of mod babes with blue eyeshadow and big hair. Between the patrons and DJ Roger Carpio spinning an eclectic mix of vinyl, it was very loud.

“We started with the idea of doing a vinyl record-centric concept and the ‘70s vibe sort of developed as an extension of that,” explains Van Vleck of the inspiration for the bar concept.

Sacramento DJ veteran Shaun Slaughter heads up the event booking at B-Side. During one of the regular events, “Loose Change,” the DJs pass out request books and people can pick from a selection of 45s. At another event, Vixens of Vinyl, female DJs headed up by DJ TrashEpiphany spin psychedelic, garage, punk, glam and trash. Open turntable night encourages anyone to bring a couple of their favorite records and take turns DJing. 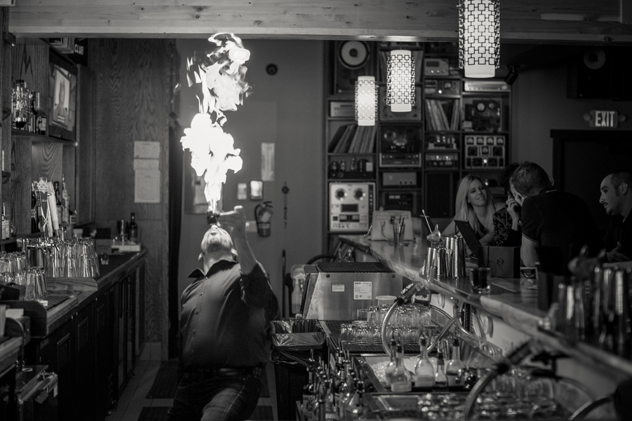 “My idea is that all the DJs should make it feel like a house party,” says Slaughter. “Each night has its own theme, but the only instruction I gave them was to have fun and don’t think about it too much … Originally I thought about booking only ‘70s-sounding stuff to align with the bar concept, but Garrett really emphasized doing all kinds of music. We’ve been having a blast!”

Bret Bair, known locally for his ownership of Ace of Spades and part ownership of Goldfield, also owns the building in which B-Side resides, along with its liquor license. The building formerly housed the defunct, but legendary, Monte Carlo.

“Bret Bair from Ace of Spades bought the building a couple of years ago and kept it running for a little while as the Monte Carlo,” says Van Vleck. “Then he shut it down and started doing some rehab on the building. About a year ago we reached out and inquired about teaming up to do a project. We all felt like the B-Side concept was a good fit for the space and moved forward from there.” 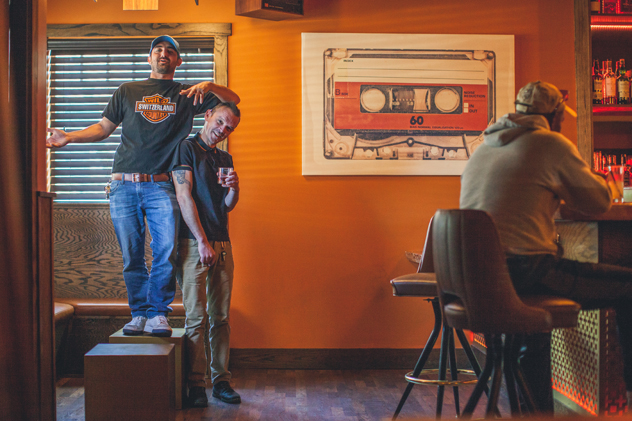 Origoni, Boggs and Van Vleck have their hands in many regional projects, including Brewster’s in Galt, Fieldhouse in the Arden area and upcoming establishments Amaro (an Italian bistro slated to open in the R Street Corridor and partly owned by Deftones’ Abe Cunningham) and Sail Inn, which will revamp an existing bar on the West Sacramento riverfront.

One would think that working so closely together on so many diverse projects would wear on their friendship, but Van Vleck divulges that they get along better as time goes by.

“The three of us have polar opposite personalities and that works to our advantage,” says Van Vleck. “There’s no yes men and you never have to worry about getting an honest opinion. We argue all the time about every detail of every place, but in a constructive way. At the end of the day there are no egos, we just debate the ideas until we settle on the best one, then have a shot of whiskey.”

While good music and libations flow freely at B-Side, one thing you won’t find—yet—is a bite to eat. But times will change. 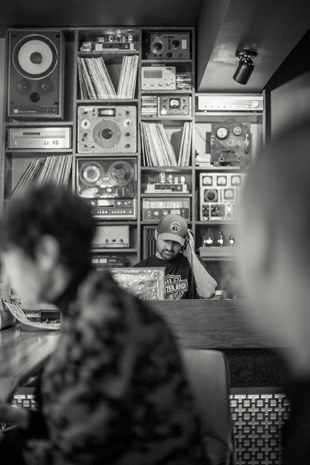 “We are going to add on a patio and do a food truck program as often as possible,” says Van Vleck. “Right now, we’re just concentrating on getting the bar running smoothly, but hopefully the food side will come along soon.”

So far, B-Side seems to be a neighborhood bar in terms of the clientele. And that’s exactly what the partners are going for—although time will tell what kind of crowd will become regulars.

One thing’s for sure: these guys know what they’re doing and have a track record of successful execution of their bar and restaurant concepts. Pair that with a unique idea like B-Side and open up shop in a city full of music junkies, and you’ve got yourself a dive bar that is sure to stick around for a long time. B-Side is solid gold. 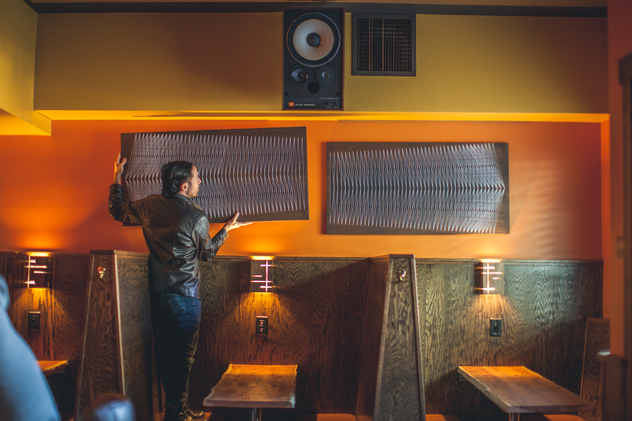