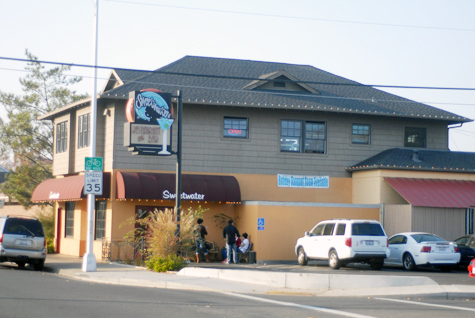 Most people utilize Sunday as a day of rest, or a day to catch up on laundry, yard work, or other things with the word -work attached to the end of it. For myself, it’s a day of false optimism, but usually fun false optimism, centered around one meal: brunch. And not just brunch, champagne brunch, preferably the type that is preceded by the word “bottomless.” My logic goes, if I’m going to have to do laundry, I might as well be drunk. As a 49er die hard who actually believes every week we have a chance, if I’m going to have to watch them get torched, I might as well be torched myself. The idea of champagne brunch is never a bad one, and while other responsibilities and/or emotions can be displaced by the libations, it does make for one awesome Sunday.

What’s funny to me about champagne brunch is that I don’t really like champagne. The first couple sips are always painful, similar to the reaction some get when drinking whiskey or tequila, but like they say, it just takes persistence. In a sense, it’s probably a good thing that I don’t like champagne, mostly because I don’t care if it’s good or bad. For the most part it’s all the same to me. Naturally for any champagne brunch, it’s not about the quality but the quantity of which you can consume in one sitting before the last morsel of food enters your mouth.
After being spoiled by college town brunches that catered to a similarly minded crowd, it took a while for me to find a restaurant that was on the same page in Sacramento. To no surprise, I had to ask a college student to the get the low down. I should have prefaced this earlier by saying that typically a champagne brunch doesn’t mean a good meal, because it’s really not about the food. However, upon finding Sweetwater Restaurant and Bar, that philosophy has been poured down the drain.

Located at 5641 J St. (conveniently across the street from last issue’s feature, Opa! Opa!) Sweetwater is a dynamite find. The restaurant itself is pretty big, with three separate dining areas including a patio (we’ll get to that later). The decor is modern and clean; it’s nothing over the top and a tacky theme hasn’t been utilized to establish an identity as either a family or fine dining spot. On Sunday, the large flat screen TVs have football on, with bar seating giving you a front row seat to the action and the pours. The staff is always on point; they give you time to order (and enjoy champagne) and let you eat while you snail through your meal (and enjoy champagne).

What makes Sweetwater the ultimate champagne destination, aside from the great food and generous pours, is the patio. On any given Sunday, rain or shine, you can enjoy fresh air under the protection of a canopy and relax to the sounds of their waterfall. It makes for an experience, an outing for friends or couples to hang out in a cool atmosphere with good food and drink. I’ve written 500 words, and we haven’t even gotten to the food yet….

Aww, the food. While I’ve never eaten another meal at Sweetwater, their menu does look impressive. From Hawaiian tuna in a mustard crust, to veal saltimbocca, they got you. But it’s the brunch we are concerned with, and just as the aforementioned items elude to, it’s not your run of the mill brunch menu. I always start with the crispy Monterrey calamari, which is breaded and mixed alongside jalapeÃƒÂ±os and onions. So bomb, and again, allows extra time for some pours. As far as entrees go, they range from your typical egg, bacon, potato breakfast, to steak and eggs and a vegetarian crepe. My personal favorite is the not-so-unusual, but oh-so-awesome BLTA served on a croissant with an herb mayonnaise. My girl goes back and forth between the California Benedict, also served on a croissant, and a breakfast burrito (which no longer appears to be on the menu) and never complained once.

All in all, it’s safe to assume that at Sweetwater you’ll get what you’re looking for in terms of champagne and the brunch rivals any of the other places that don’t serve champagne. Like the Black Sheep said, “the choice is your’s.”