During the busy hours of the work week, the baristas behind the counter at Chicory Coffee and Tea also double as hosts. Located just across the street from the capitol, the small coffeehouse welcomes a number of guests at 11th and L streets when 7 a.m. dawns and the eclectic coffee rush begins. But once all has settled and the espresso grinder falls silent, the Chicory staff begins to prepare for what is known as the “soupocalypse.” Not only does the locally owned business receive fresh, roast-to-order coffee shipments from their head roaster in Portland, they’re also known as the go-to lunch hotspot for a good bowl of soup in the downtown area.

Like clockwork during the winter season, Chicory customers order and consume anywhere between 18 to 20 gallons of soup per day. So routine, in fact, that according to longtime manager Katelynn Williams, the building’s breaker system experienced electrical troubles keeping up with soup demands during one period. But, not to worry, the staff now has the lunch rush down to a science of balance, rotating huge cylindrical pots between burners to ensure each spoonful is served piping hot.

“We specialize in soups, salads and sandwiches, kind of capitol downtown basics, and we really don’t gouge on the soup prices. It’s $3.50 [for a bowl],” says Williams.

Chicory lists between six to eight soup choices on its specials board that alternate daily, many prepared from scratch in-house and always ready by 11 a.m.

The temperature is cold and crisp on a Monday morning with sunlight sporadically breaking through an overcast gray skyline, a fitting day for soup.

Deep red in color, Chicory’s roasted tomato is just one of many soup varieties handcrafted by executive chef Melissa Candela. A rich and hearty spoonful is tactfully balanced with sweet tomato chunks, savory carrot and onion pieces, a hint of oregano and warm spices. It’s instant comfort in a bowl. 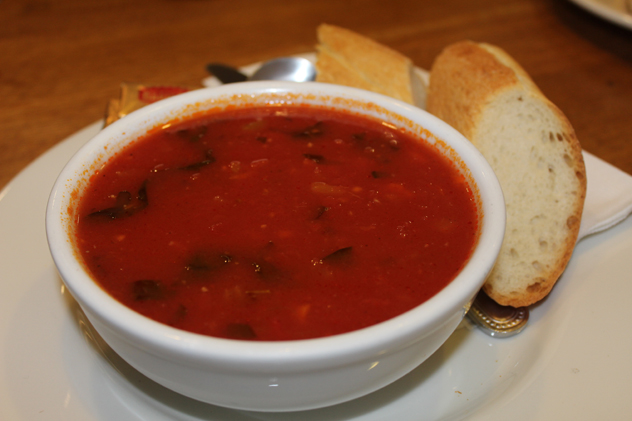 “My love of cooking and feeding people really came from my mother,” she explains.

Candela’s culinary education began at 8 years old and, in addition to her mother’s influence, she also hails from a family of master bakers. As a young girl, she grew accustomed to a fully stocked pantry lined with several selections of flours, sugars and yeasts. This was very much the norm. Now, Candela is the woman responsible for all the aromas that permeate from the Chicory kitchen and she prides herself on fresh, top quality ingredients layered in the dishes she creates.

“Our chef does a daily special that incorporates a lot of locally grown produce. I hesitate to say ‘farm to fork’ because that’s become so cliché, but it’s true,” Williams admits. “We often take trips to the farmers market.”

What’s more, reasonable prices are found at Chicory. A cup of soup is only three bucks and the slightly larger bowl is priced at $3.50, both served with sliced baguette and butter. Salads range between $6 and $7.50, while the hefty, twice-baked potato with bacon, green onions and cheddar-jack cheese in every bite costs $5.50. Trust that it will combat any level of hunger, but set aside at least 15 minutes for a nap because you’re about to experience the itis*.

*Itis: the drowsy, sleepy feeling you get after eating a large meal. Usual meals like big Sunday dinner, Thanksgiving and Christmas meals. Defined by Urbandictionary.com. 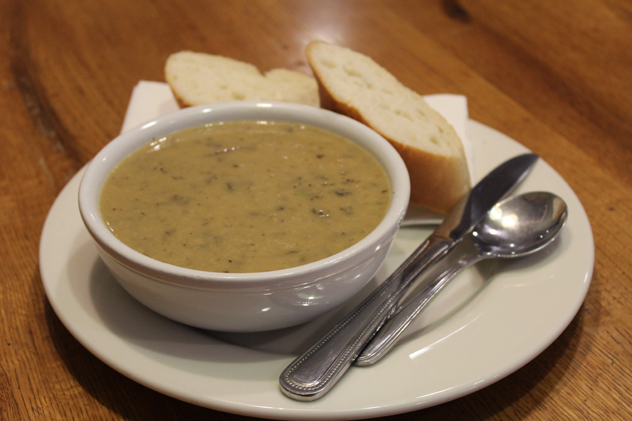 At the register, my indecisive nature finally boiled down to a bowl each of vegan southwestern corn and French mushroom soup, a “bottle rocket” sandwich, the chef’s special twice-baked potato and an Asian noodle salad with sweet chili dressing. Bring it on, hunger.

A filling and tasty vegan soup is a hard gem to find and usually packs in the sodium as if it’s a healthy meat replacer or flavor enhancer. Thankfully, none of these novice factors are found in a bowl of Chicory’s southwestern corn. Instead, a light veggie broth features an assortment of black beans, roasted corn, red bell peppers and onions, each taste packed with an enjoyable spiciness that gently builds over time and covers the entire palate.

The French mushroom is a delightful and creamy offering that doesn’t skimp on the main ingredient: mushrooms! Cremini, shitake and white button burgeons, soft in texture, swim in an earthy and herbal-infused cream base. The sliced baguette served on the side is the perfect vessel to soak up the last bits of mushrooms left at the bottom of the bowl.

With Boar’s Head cracked pepper turkey, the chef’s special bottle rocket sandwich invites its consumer to enjoy the finer ingredients in life. Chef Candela says the brand is usually found only at most specialty grocery stores like Nugget or Sprouts, but she has the hookup on this premium brand of award-winning deli meats. The sandwich is layered with grilled onions and red bells, pepper jack, cheddar, mixed greens and a light chipotle mayo all tucked between a soft-baked roll. 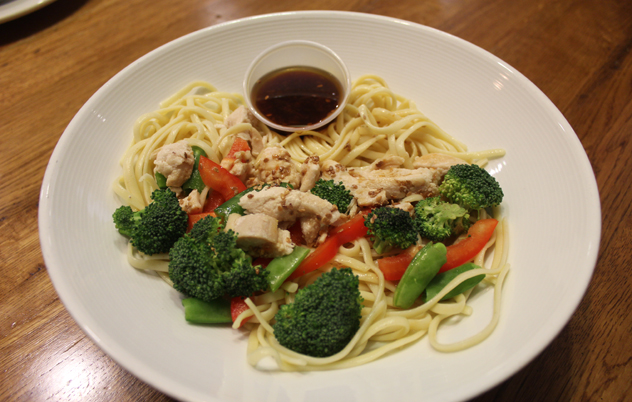 Although my stomach was more than full at this point in my afternoon smorgasbord, my soft spot for Asian noodle salads could not be tamed. Chicory’s version is chilled linguini noodles, fresh broccoli florets, sliced red bell peppers, crispy snow peas and thick strips of chicken breast. Served in a big, white bowl, Chef Candela’s rendition is then paired with a sweet chili dressing, a family recipe courtesy of her sister-in-law. Light, crunchy and oh-so filling, this salad’s components also make for a great grab ‘n’ go meal when in a rush.

The warmth of Chicory’s indoor quarters is credited to its lounge area, where many customers take advantage of the four leather armchairs that sit in front of the burning fireplace. At the time of my visit, employee stockings hung from the mantel as warm flames danced within the cobblestone frame. The ambience reads as a cozy, almost grandma’s house comfort for guests to experience and enjoy.

Chunky wooden tables host important business meetings nearby, while other more intimate booths house private and friendly conversations. Because Chicory is a not-for-profit business, customer purchases go toward Fostering Futures, a foundation that provides scholarships and grants to foster youth in California.

By 1 p.m. the soupocalypse is over, signaled by the now bare specials board. One hurried man in a collared shirt quickly pops in to inquire about any leftover soup; unfortunately, there’s none. Eighteen gallons gone within two hours—until tomorrow afternoon, when the clock resets and the staff prepares for the day to routinely start yet again. 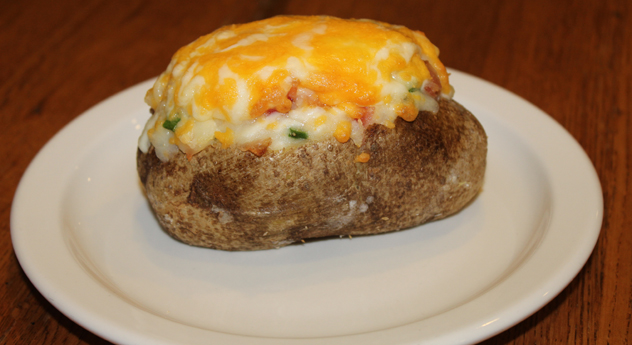