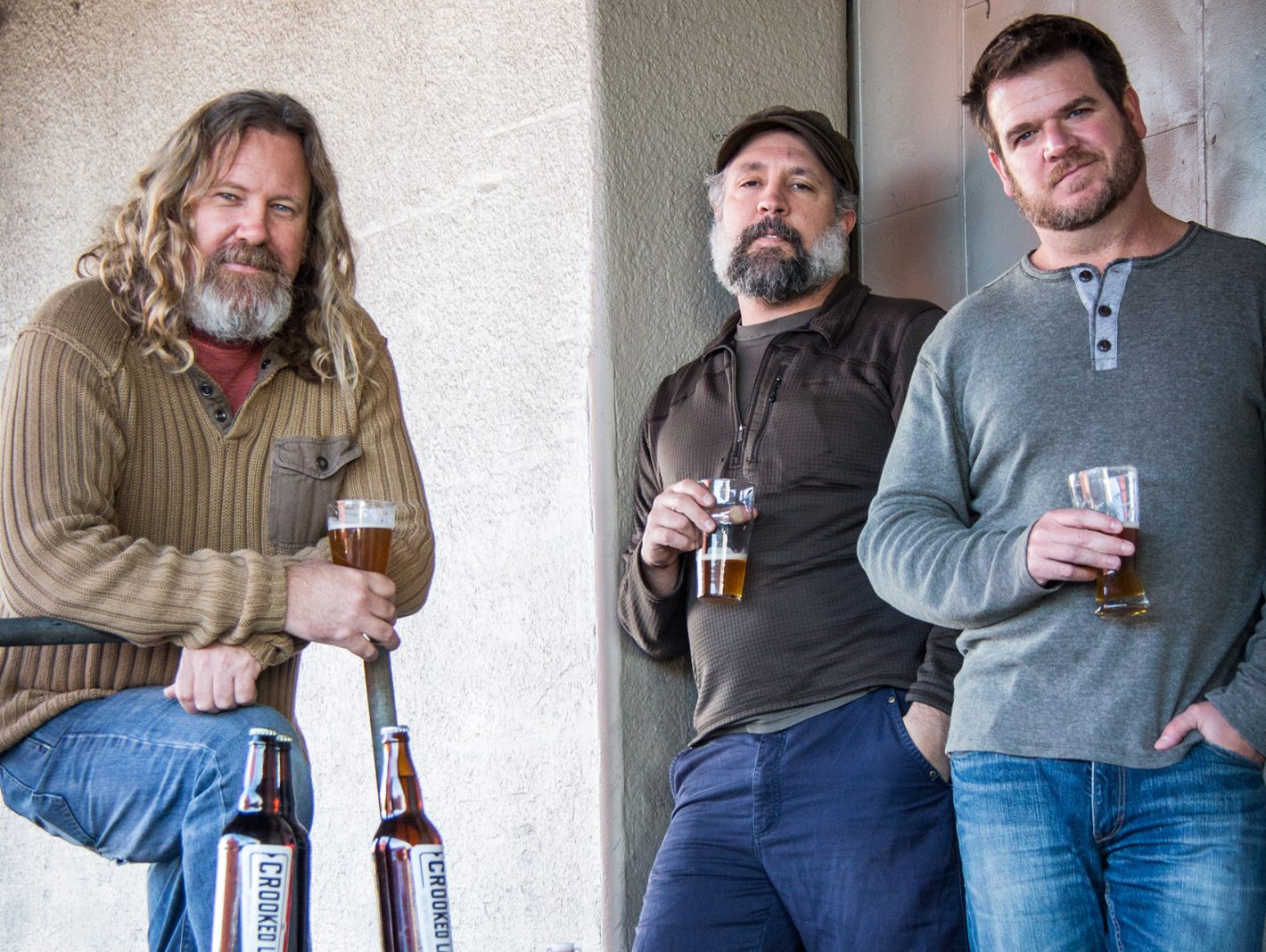 Brewing beer is hard work on many levels; making the sudsy nectar is not only extremely labor intensive, but a lot of legit science goes into concocting the perfect pint. With this said, who better to open a brewery than a couple of hardcore beer enthusiasts, homebrewers and ex-biotech chemists?

Crooked Lane Brewing Company is the newest addition to the renowned Auburn beer scene, and the only brewery to intertwine a solid science background with old school, traditional European styles, among others. The company has had a whirlwind year, and is already approaching its one-year anniversary.

In the last few years, Auburn has become somewhat of a surprise beer drinking destination. It became a beer hot spot most notably because of the OG hop heavy hitters over at Knee Deep and more recently the award-winning hazy and double IPAs of Moonraker. In a crazy fast amount of time, suddenly busses from all over were bringing out-of towners into the sleepy town to throw the renowned pints down their gullets. Only a year ago, Crooked Lane joined Auburn’s prestigious lineup with a love for their brewery neighbors and a couple of recipes that would give them their own distinctive niche in the community and bring even more awards to the Auburn beer scene. They describe themselves as “an internationally-inspired, locally-focused craft brewery with a broad portfolio of beer offerings ranging from traditional German lagers to West Coast style IPAs.”

In a short time, Crooked Lane has already won more than 15 awards from all over the country. They were recently named Auburn’s best new place to grab a pint, and the brewery’s Wobblor Doppelbock, placed first in the Strong European Beer category and went on to win second best of show, out of 1,488 total beer entries at this year’s California State Fair brew competition.

The brewery holds community in high esteem, and wants their company to reflect their own roots. The three couples who own the brewery are all neighbors on Crooked Lane in Newcastle, and thus named their business after the street that brought them all together. The families/neighbors turned business partners are all very close and tend to eat dinner together regularly and share produce from their gardens. 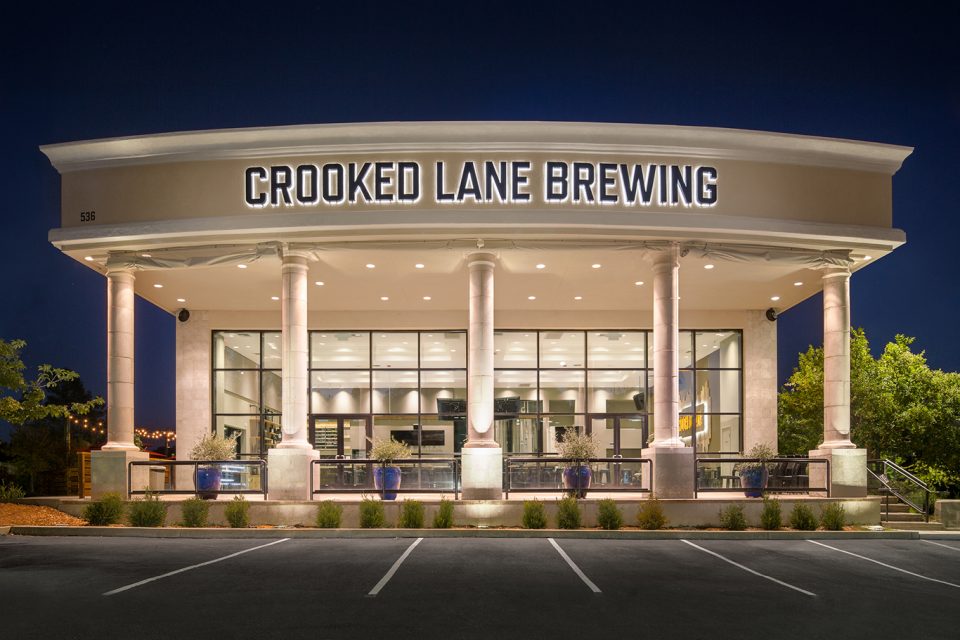 “We want the same communal feeling at our brewery. We want it to have the neighborhood feel where people can gather and have have a good time,” says co-owner Paul Schilling.

The same can be said for the general beer community in Auburn. Schilling is quick to point out that every brewery in Auburn brings its own unique concoction to the table. They aren‘t competitive with one another and are actually really open with sharing techniques and offering support, they are metaphorically all sitting at the same table just sharing a different dish.

Many West Coast breweries specialize in hoppy beers; beers that are piney, bitter and super danky. Crooked Lane has these too, but what they really master are their European-style brews—beers that are usually crisp, have a delicate sweetness and have a very low, if any, hop profile. Making European lagers can take months and months and requires someone who is extremely well-versed in the delicate brewing process of these traditional beers.

Co-owner Adrian Psuty and his wife Teresa (who is the head brewer) were both chemists who worked in biotech and frequently traveled to Ireland and Germany for projects. As they traveled, they would become extremely familiar with the flavors and styles of the local beers by drinking plenty of it and then obsessively researching how to make them. The two have experimented with and perfected most of the European-style beer recipes they have recreated in their own brewery.

“Beer and science go hand in hand,” said Adrian. “Beer is also extremely technical. It’s all about process control and putting beers through tests and using the scientific approach of tweaking things by assessing what components must be eliminated or modified.” 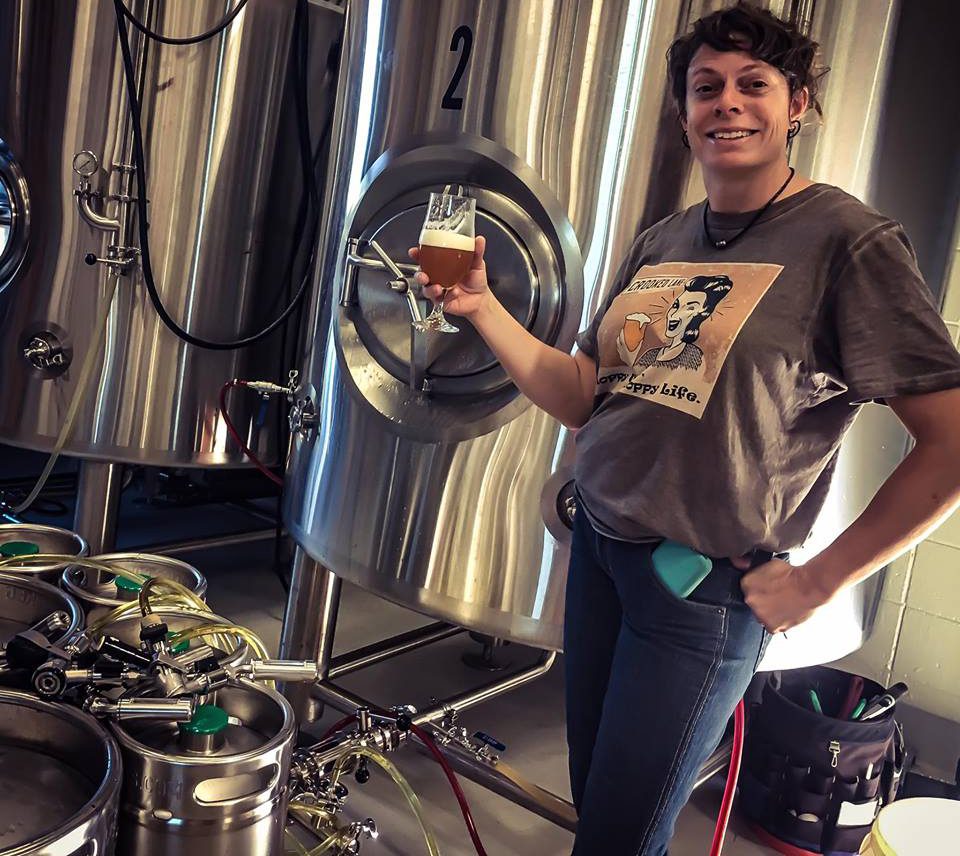 Their award-winning Wobblor Doppelbock went through more than six different processes and four months to get where it is now. If the beer isn’t perfect, the brewers do not hesitate to dump it down the drain and start all over.

The kolsch lager beer style is so transparent and pure, that it makes the quality of the beer and its ingredients far more obvious than an IPA would. An imperfect kolsch would show any flavor blemish, while beers like IPAs can easily mask off-flavors with their abrasive hops. Brewer Teresa Psuty can be seen working hard in the brewing facilities pairing her science brain with her beer-centric pallette to eliminate imperfections in her kolsch and lagers. While these beers are the highlight of Crooked Lane, they also offer just about every other style of beer including darks and sours. Schilling says that they want to provide customers with an unforgettable beer experience, and always have traditional beers on tap with the glassware and knowledge to back it.

Crooked Lane’s current digs is a massive building that has seen a huge variety of occupants. Initially it was a historic Auburn movie house, and then it was a martial arts school and more recently, a car lot. The space is enormous, and even has an outdoor beer garden that owners say are good for anything from reading books to bringing a large party of friends for fun. The space is so huge, you can easily find refuge from the party.

“We wanted to make sure we had enough space to host large events inside and out,” says Schilling. “We want our brewery to be a community epicenter.” The folks at Crooked Lane are most excited about hosting live comedy events and music. They want to regularly bring in both local, amateur and large national acts to perform. It will hopefully evolve into not only a brewery, but an events center for the community.

As they prepare to complete their very first year as a brewery and enter a new chapter, They have a few ambitious goals in line. Teresa Psuty wants to have an award-winning beer in every category and style; she doesn’t just want to put the product out there, but she wants to put it through all of the scientific procedures to reach levels of perfection. They also want to expand on their barrel-aging program; they currently plan on releasing a barrel-aged version of that award-winning and much sought after dopplebock to celebrate their one year in the books. This beer will be malty, slightly sweet, mature, boozy and of course scientifically perfected.