We’ve been lurking at Sacramento sandwich shops since the Earl of Sandwich was holding it down on 16th among prostitutes and hourly hotels. And though the Earl no longer exists, and one of those godforsaken Goodwill dropoff points has taken its place, there are actually more options for sandos in our great city than ever before. One of those establishments, with an attention to working-class principles and restaurant quality, is Dad’s Sandwiches.

Established in 2004 by a father-and-son duo, Dad’s Sandwiches emerged as one of the premier spots on the south side of downtown. At the time there wasn’t a lot on S Street, and Dad’s success (a combination of blaring rock ‘n’ roll, tattooed sandwich makers and delicious food) allowed them to expand, opening Dad’s Kitchen on Freeport Boulevard. Since then, Rockers DJ Rogers and Mick Stevenson bought the S Street location and opened a second Dad’s Sandwiches on J Street, the 65th and Folsom location was franchised to a longtime worker, and Dad’s Kitchen was sold to unaffiliated investors.

Rogers and Mick Stevenson, aka the “Deli Llama,” helped open the first incarnation of Dad’s Kitchen on Freeport. They met in the kitchen and bonded instantly over sandwiches and metal. “Mick and I,” says Rogers, “we met in the trenches. We bonded, like Ken and Ryu. Dad’s opened in 2004; that’s why we’re celebrating our 10-year [anniversary]. [The previous owner] sold it to us with nothing down, which was nice because that’s all we had. He sold it to us in 2009. And we opened up J Street in 2011.”

“Right when we did buy, it was the start of the downfall of the [economy],” explains Stevenson. “I remember when we were getting to know all these purveyors, they were like, are you guys fucking crazy?”

But Rogers and Stevenson thought of purchasing the S Street establishment as a no-brainer. “No one would hire me,” laughs Rogers, “so it was a simple decision.”

But don’t let simple fool you. The attention to detail reveals more than just a knack for flavorful combinations and fresh ingredients. Dad’s has a consistent menu with occasional changes, which means that their best stuff sticks around to fill your gut. With a recent change of hours at S Street, Dad’s can satisfy the hungry masses for breakfast, lunch and dinner.

To appeal more to the later crowd, they just started serving beer and wine two months ago. The beer list is simple: 24 oz. Pabst, Julian Cider, Lagunitas IPA, Moose Drool Brown and Lone Star—the national beer of Texas. Dad’s is making sure to keep the prices within the working man’s budget, which makes Dad’s my official go-to spot before a concert at Ace of Spades.

Because I had yet to try the breakfast offerings, I recently picked up a Hacienda Hottie at 8:30 a.m. The Hottie, as it is called, was perfect for my spring allergy death match. I was all stuffed up and congested, but as soon as I bit into the bed of eggs, the salty bacon, the rich Jack and cheddar cheeses and the roasted bell peppers and red onions connected with the spicy crunch of the fresh sliced jalapeños, my sinuses cleared right up. That sandwich woke me up, fixed my congestion, and satisfied.

But let’s say you’re more of a traditionalist, a lunchtime sandwich gal. This is where Dad’s shines. I’ve been going there something like quarterly for the last eight years to get a bite, and my default is the Hot Blonde. This toasted beauty is a warm, melted, cool and rich combination of chicken, Swiss cheese and avocado, with onions, spinach and cucumber, layered with garlic spread, mustard and something called pepper plant sauce—which leaves the perfect zing in your mouth, not too spicy, not too bland.

My other staple is the Reuben, which I’d identify as an iconic piece of sandwichness. Dad’s does it right: pastrami, swiss, sauerkraut, brown mustard, house-made thousand island, on toasted organic rye bread. Get extra napkins with this one, and eat it right away while it’s piping hot.

The last piece I want to note is the Angry Roadman. “Angry Roadman sales are slowly picking up downtown,” says Stevenson, who runs the J Street spot. “New people come in all the time. They ask me what to recommend, and I go, I’ve owned this place for five years: Angry Roadman. That says a lot. I eat here every day, and it’s still my favorite sandwich.”

I had to verify his recommendation, and I was happy I did. This hot sando comes with turkey, bacon, roasted red onions, roasted bell peppers, sautéed mushrooms, black olives, tomato and onion with mustard on sourdough. By far this was the highlight of my recent run.

Dad’s has it all: vegetarian, cold, hot, add-ons, chips, delicious beverages, beer, wine and mimosas. They’ve even got a sandwich with walnuts on it.

Yet, while the food is good, it’s the experiences that make Dad’s worthwhile for Rogers and Stevenson. One of the benefits about having a sandwich shop near a rock venue is that they get a lot of perks when they feed touring bands. As Stevenson explains, “I like that the tour managers [when playing Ace of Spades] come to us and trade us [sandwiches for] meet and greets for all the bands that we would pay to see anyways. We met Down, and that was pretty much the greatest day. It was one of the greatest shows I’ve every seen. Seriously. All because of turkey. [The bands] become our repeat customers.”

That music connection is pivotal for Dad’s; most of the employees come from the music scene. When a group of sandwich workers are that passionate about music, there has to be conflicts and fireworks about the legitimacy of certain bands and styles.

Sometimes it even goes beyond the kitchen itself. As Rogers details, “We used to have Sirius satellite radio, and Queensryche would always come on. We had to make a rule: no Queensryche in the deli. If it came on, we had to change the station. Then they were playing at Ace of Spades and we heard they were going to come down here.”

It’s nice that we’re in 2014 and state workers and loud rock can coexist at a sandwich shop. This sort of thing seems inconceivable in the ‘90s. It’s a good sign that the customers don’t complain about the background music.

Rogers explains: “In general they just fucking deal. I know in most restaurants, it would be a sin to play the music we play. It’s not like I play it in the lobby, [it’s in the kitchen]. I’ve got to balance the mental health of everybody back here with the cash flow.”

“In some of our Yelp [reviews],” Stevenson laughs, “they rave about the sandwiches, and then add: Don’t mind the occasional death metal.”

Dad’s just does what they do, and they keep doing it quite well. “If I get someone once,” says Rogers, “I’ve got them forever. I am one with the sandwiches. I know what people want. I have to talk people into what they want. I have to help them out when they’re picky. I’m inside their minds.”

Dad’s Sandwiches can be found at 1310 S St. or 1004 J St. Visit Dadssandwiches.com for hours and more info. 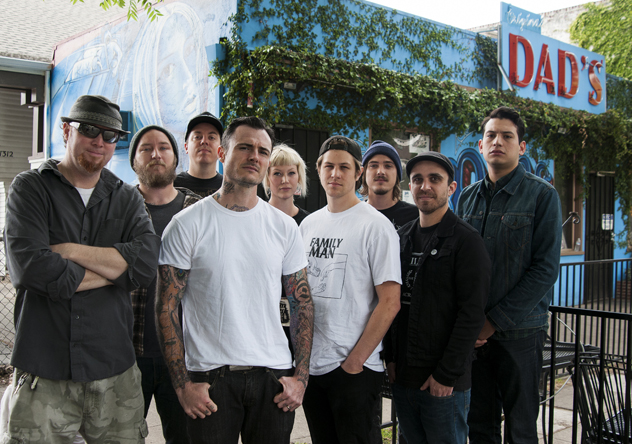 …and the Rockers Who Make Them 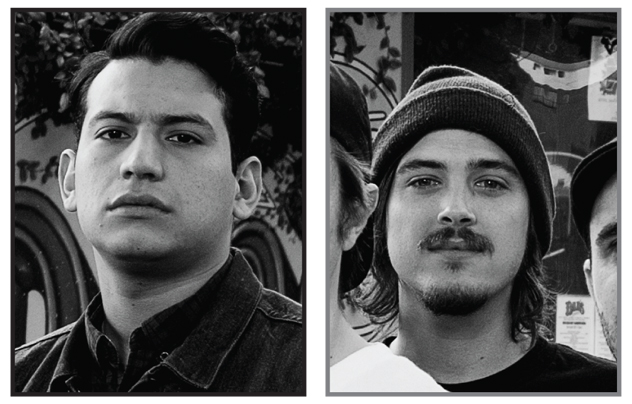 What band(s) have you been in or are you in?
DL: We were in Elysia from 2003 to 2009. Our current band is Summit, and we just put out a new album, Spellbreaker.

How would you describe your sound?
DL: We call it thrash/heavy metal. We are rippers, old-school rippers.

What’s the crustiest thing you’ve done while on tour?
DL: Gatorade bottles are urinals when you’re on the road. 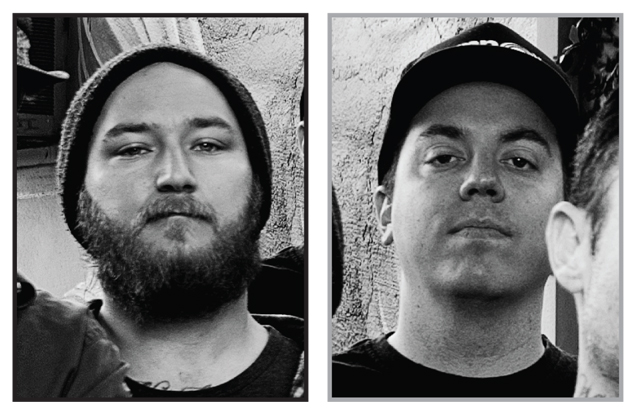 What band(s) have you been in or are you in?
JI: I played guitar in a hardcore band called Turn It Around, and we split up in 2008. We did some Canadian and West Coast tours. Played a lot with DJ’s band, Killing the Dream.

How would you describe your sound?
SM: I’m in a slow metal/doom metal band called Church.

What’s the most embarrassing thing you’ve done on stage?
JI: Play guitar poorly—trick people into thinking I am an actual musician.
SM: I wore some denim short shorts at a festival in Tacoma, Wash., where my testicles were shown to the crowd. 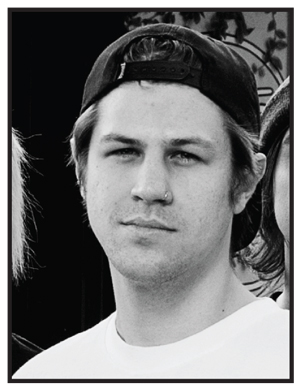 What band(s) have you been in or are you in?
I play bass for Dcoi. It’s a punk band. We’ve toured the States, toured Europe, toured Canada.

What are European punkers like?
It’s better there. It’s fun. They care more. They care more about the music. They take better care of you. You get paid better. They put you up in hostels, there’s always beds. 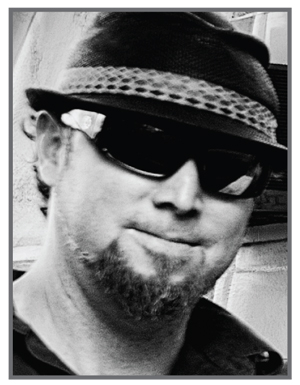 What band(s) have you been in or are you in?
I moved here to play with Mynoc. I still currently play with Sans Sobriety and Nevada Backwards, and I did play in Blvd Park. 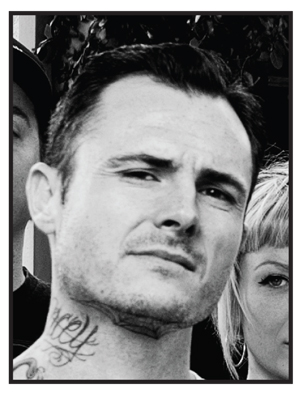 What band(s) have you been in or are you in?
I was in Secret Six, The Ballistics, The Romance of Crime, Five Minute Ride, The Roustabouts, Drugs of Youth and Killing the Dream.

What’s the craziest thing that’s happened to you on tour?
I got detained in a country, and I have no idea where I was. I threw a boulder in a lake, and they detained me. They were talking all about jail time and all these fines. I explained to him, “Man, I traveled all this way to tour this country because I think it’s the most beautiful place on Earth. I admire the culture.” And he let me go. To this day, I have no idea where I was.