I’m going to be totally transparent here and immediately profess my unabashed love for Elixir Bar and Grill. It is hands down, bottoms up, my favorite bar in Sacramento. And I’m not alone.

It’s not that they have the best craft cocktails I’ve ever had—although they have a fairly-priced full bar with great craft and cheap beers alike on tap.

It’s not that the decor and ambiance are an expression of good taste and elegance—although it’s clean and comfortable, has Skee Ball and Big Buck Hunter, sports on flat screen TVs, a jukebox and a cozy, covered patio.

It’s not that they have the best bar food you’ll ever sink your teeth into—although the food is really goddamn good for a dive bar, and I’m consistently impressed with it.

It’s definitely not that they have clean bathrooms—although they’ve at least painted the walls a welcoming shade of grayish-lavender recently, which were previously black and covered in bad graffiti.

It’s the people. From the owners—quarrelsome but inseparably close brother and sister Christina and Curt Pow—to the staff, to the patrons; you can always be certain that you will have a great fucking time and make some new friends at Elixir.

So it’s no wonder that they’re celebrating their 10th anniversary on Sept. 12, 2015. This is not a bar reliant on gimmicks to have enjoyed its longevity, but a consistently chill place to hang out.

Curt and Christina bicker like siblings often do, but it’s clear that they are also best friends. Curt had other business ventures in mind when he conceded to opening a bar with his little sister, who had a background in the industry. For Christina, there was no question what she wanted to do. “It’s always been a dream to open a bar or a restaurant—and not only that, an office job didn’t suit me,” she says. “We come from a long line of business owners, so it’s just innate. And that’s what makes Elixir: our presence here.” 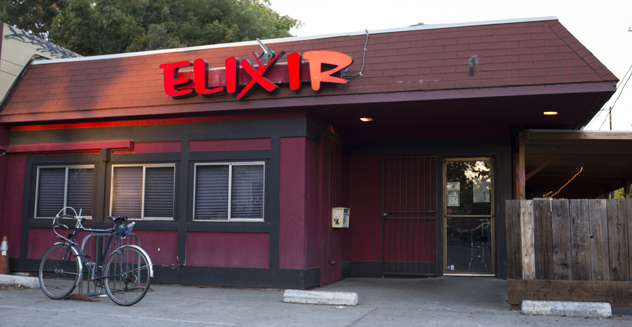 Elixir means a potion that makes you feel good, and the name was borrowed from Christina’s favorite bar in San Francisco. The auspicious location on 10th Street between S and T was secured by Curt. They rolled up their sleeves and built out the bar together.

Back in 2005 when they opened, the Fox and Goose and Old Ironsides were the mainstays in the vicinity, and the most popular bars in town were Golden Bear and Monkey Bar. There were many trials and tribulations getting Elixir off the ground. “Oh, we didn’t know what the fuck we were doing,” laughs Christina.

“We took it for granted when we opened that we’d stay open,” elaborates Curt. “We were like, cool, we have a business … It was kind of a clubhouse at the beginning, but to a detriment. We learned that we shouldn’t be drunker than our clientele. I was relying on my sister on that one, having been a bartender previously. I was like, ‘Are you sure we should be doing shots right now?’”

“The greatest lesson we’ve learned is how to work as a team,” admits Christina.

With that knowledge acquired, Elixir seems unstoppable. While a growing number of modern, upscale, pricy, mixology-centric establishments are opening to great reviews all over Sacramento and the nation, there will always be barflies gladly occupying dive bar stools—especially in a place where you’re made to feel like Norm from Cheers.

“It’s all craft cocktails now,” says Curt. “It’s awesome that people want to make the best cocktails there are. We’re not a craft cocktail bar. It’s not what our customers want. Occasionally they do, and if I’m inclined to, I’ll make you a Manhattan or an Old Fashioned or whatever, but for the most part, no, that’s not what we’re about. I don’t want to spend 20 minutes making you a drink. Not that I’m knocking anyone that does that, it’s just that it takes all kinds of places. You can get a drink anywhere. I think what sets us apart is the vibe, the mood, the setting.”

Elixir is also known for being relatively affordable, and for pouring heavy. My friends and I have made up a verb for the effect: “She Christina’d me.” It’s not uncommon to go there for “one drink” and leave unexpectedly shitfaced in a cab, owing to comradely regulars and those stiff-ass drinks. 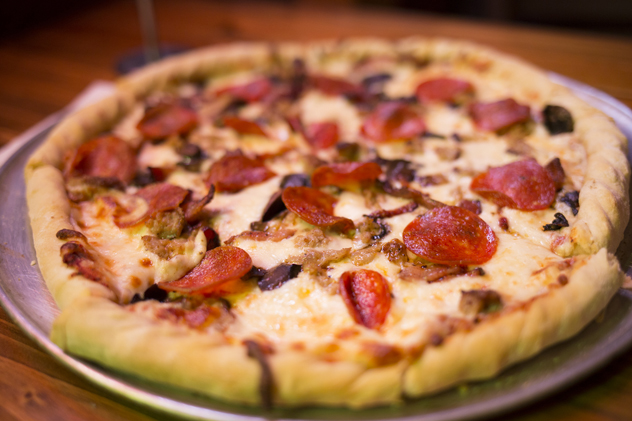 The kitchen is open until 1 a.m., and the menu—consisting mainly of fried food, pizza, salads and rotating specials—offers delicious, well-executed ways of soaking up all that unanticipated alcohol. Their killer weekend brunch fare will annihilate most hangovers—try the spam and fried rice with two over easy eggs. Upon request, they’ll make it Loco Moco style with a half-pound Angus beef patty and rich, dripping eggs oozing over the spam fried rice, all of which is then smothered in their homemade gravy.

“The food came about because me and my sister don’t half-ass anything. Anything we do, we do well. You learn throughout the years, certain things work and certain things don’t. Hamburgers always sell, it’s like, who doesn’t want a hamburger? We live in America,” remarks Curt. 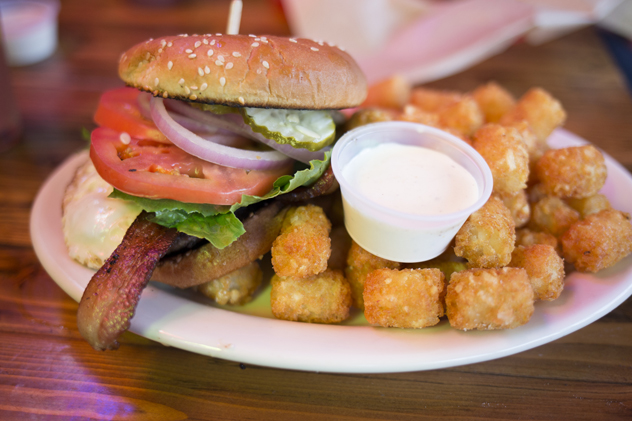 Hilarity ensues nightly here. I recall laughing to tears when one of the regulars was caught on video slyly sneak-eating his boogers, and another regular posted it on Facebook. Curt’s favorite funny Elixir moment involved pirate shots. “I have a friend, Clifford, who likes to do the stupidest things, like pirate shots. You snort a line of salt, squirt the lime in your eye …”

Christina interrupts, “Then I kick you in the shin, and you hop on one leg, and then you get naked afterwards.”

Corrects Curt, “Well, he just got naked, I’m sure that’s not what happens with all pirate shots, but yeah, he got naked, and remained naked and was streaking all over the place.”

When I asked Curt and Christina how they foresee things changing over the next 10 years, Christina hopes they’ll still be thriving, just the way things are. “We’ll never fully step away from this place,” she says, “because we enjoy it.”

By the time I’d wrapped up the interview with the sibling owners, I’d been graciously treated to four unrequested shots of tequila. On a roll, I stumbled over to one of their bartenders, Jen Simpson, who has been working at Elixir for the past three years. “What do you love about Elixir?”

Simpson replied, “Everything. It’s a really comfortable atmosphere. It’s obviously family-run, where you have that comfort level you don’t get many places. It was my favorite bar before I started working here. The drinks are strong and inexpensive. It’s a chill environment where every kind of person in Sacramento comes and everyone seems to get along. There’s nothing not to like about it.”