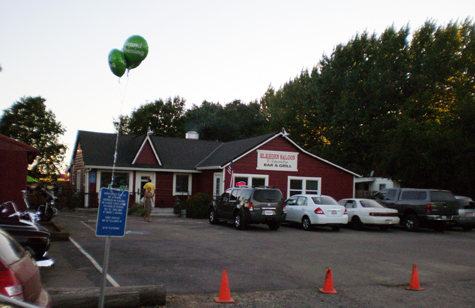 If there is one thing for sure about the building that sits at 18398 Old River Road in West Sacramento, it’s that it’s got a lot of history. Originally founded in 1878 (nope, that’s not a typo) by Frank Linggi as the Elkhorn Saloon, this building has seen many phases. “It’s been a ferry stop, a roadhouse, a speakeasy, a brothel, a post office, it’s been everything,” says Stan Goman, Elkhorn’s new co-owner and former Senior Vice President and Chief Operating Officer of Tower Records. In the late ‘50s the entire building was even moved to make room for the expansion of Old River Road. It then became the Elkhorn Station and for years was widely known for its “Friday Night Fish Fry.” If only these walls could talk!

“This place has been here so long that there is this core of customers that have been coming for generations. It’s amazing,” Goman said. The 37-year Tower employee acquired the saloon with partners Skip and Rose Kittle (past owners of Skittles Bar and Grill, Rosie’s Rock and Docks and The Westside Pub and Grill) earlier this year from former owner Jason Fernandez. After his Tower years Goman owned and operated University Copy and Print, but after selling that company in 2011, he quickly got bored and started thinking about his next move. “I was always fascinated by the restaurant business,” Goman said, “But everybody always says, ‘It’s a lot of work.’” He learned that firsthand real fast. They put a ton of work into the place: all new paint, floors, windows, stoves and fryers in the kitchen and fixed up the walk-in cooler. “We did a lot of it ourselves,” Goman said with a laugh, pointing out how much of a group effort it was to get the place open. “The customers wanted it open so bad they were painting too.” 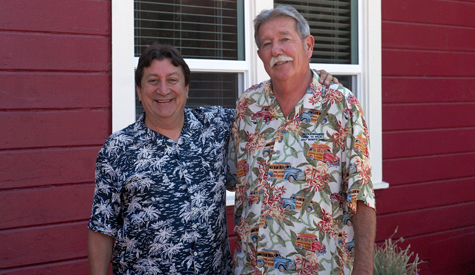 Submerge has visited Elkhorn Saloon twice in recent weeks, once for its grand opening on July 7 with live music from the fantastic Keri Carr Band, and once on a blistering hot midweek afternoon. Upon both visits the food was on-point: the fries are legit and the pulled pork sandwich was delish. Loyal regulars raved to us about the prime rib and fish and chips, others raved about the bar.

“I love this type of place,” one customer told Submerge.

“It’s the type of place where if you pass out on the floor, they just sorta push you out of the way,” he joked, hinting at Elkhorn’s dive-bar-meets-country-roadhouse vibe.

“That guy over there,” Goman points to another regular bellied up to the bar, “Every single day he comes in here and gets a shot and four beers.”

Elkhorn has a steady crowd of regulars, that’s for sure, but Goman also pointed out that because they are the closest restaurant to the Sacramento International Airport, they do tend to get travelers visiting them as well. “If you’re flying out and your plane is delayed, just come out here and chill. It’s a lot cheaper to have a beer here,” Goman said.

“I want people to have some familiarity with the songs, but I didn’t want it to be just a jukebox,” Goman said. “Plus, I wanted most of the bands to be younger.”

Goman frequented places like the Torch Club and attended the recent Sacramento Music Festival in Old Sacramento to scout out bands to book at Elkhorn. “It was blowing me away how many really good young musicians there were,” he said of the local scene. Goman admitted it’s a gamble booking a lot of younger bands knowing most of his regulars are older, but with a lineup like they’ve got, Submerge doesn’t think there will be a problem. With the kicked-back vibe of their outdoor patio area, which is where the bands play under the stars in front of a giant corn field, Elkhorn will be sure to see many couples boogying on the dance floor this summer, both young and old. If you’ve never been, get off the grid and visit Elkhorn Saloon. Chances are you’ll fall in love with the place.

“I’ve got to just get them out here once,” Goman said, knowing that the place speaks for itself. 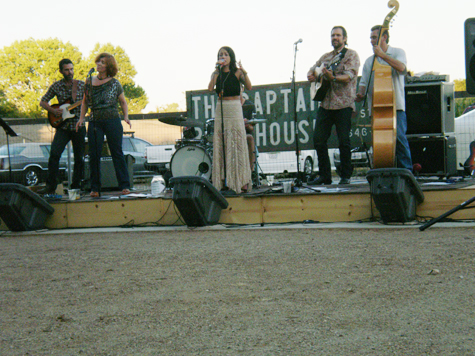 To view the entire lineup of bands, see their menu and learn more history, visit http://www.elkhornsaloon.com/