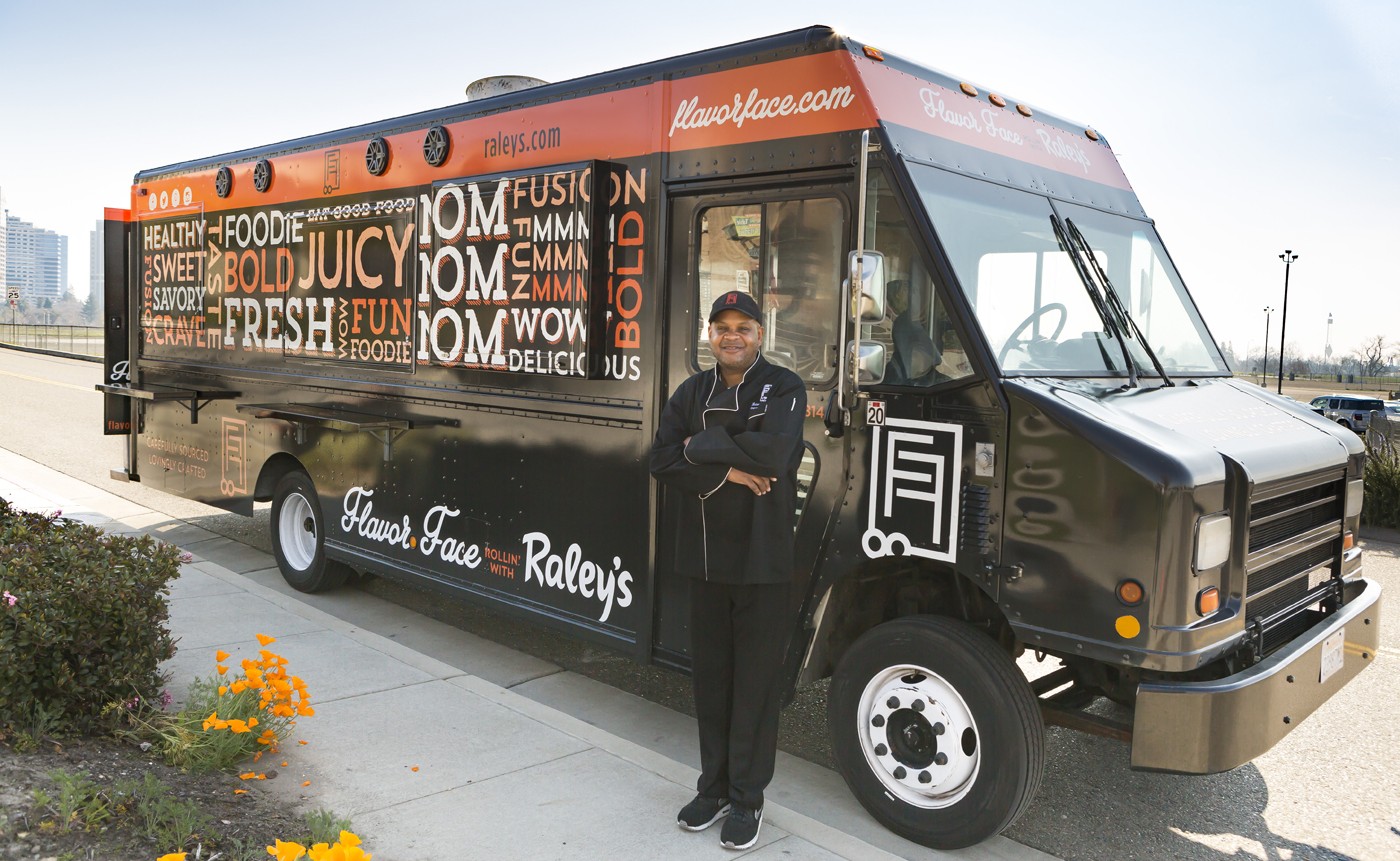 I had to catch Flavor Face Food Truck owner Brian Stansberry between jobs. He had just finished serving lunch on Exposition Boulevard on a Wednesday afternoon and stopped at Raley’s to refuel with fresh food before prepping for dinner service in Elk Grove.

Another 12-hour day already halfway through, Stansberry had no trouble multitasking. He talked about his four generations of family in Sacramento and his recent Raley’s partnership, “Rollin’ with Raley’s,” the first of its kind in the country.

Flavor Face has been riding strong around Sacramento for the last two years, featuring a gourmet international fusion menu with items like ribeye-smothered Peruvian fries in a red wine-soy reduction and hummus parfait with layers of fresh homemade pesto, sundried tomato and roasted garlic hummus. 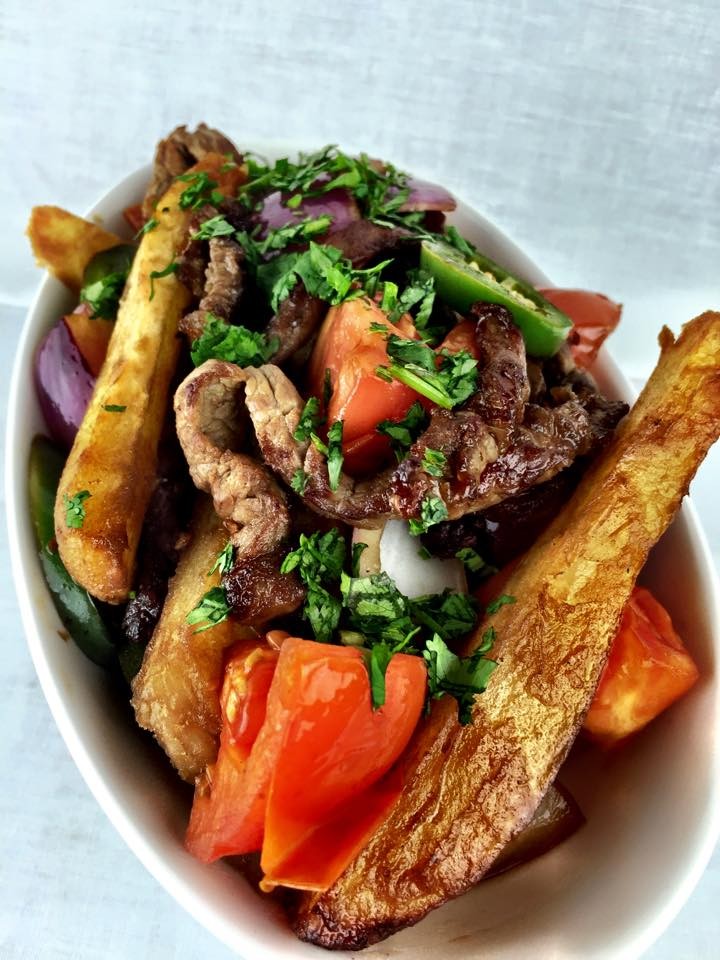 The story behind the name and food is that one bite will cause some serious face contortions, in a good, contagious way.

So far, Stansberry has seen nothing but success in all of his endeavors, Flavor Face included. Reviews are rarely below five stars and celebrities from Nicki Minaj to Snoop Dogg and E-40 have sought out the culinary fusion master for fried chicken, spicy seafood and anything else he creatively whips up.

Born an hour from his current Sacramento residence, in Vallejo, Stansberry vividly remembers his home-cooked meals and his first jobs in Bay Area kitchens.

“My grandmother often cooked and she was from the South,” he says.

Her influence is obvious. His menu often features such savory Southern delicacies as creole-covered blackened catfish and a crazy twist on mac and cheese that involves fresh crab sandwiched between a childhood staple, sourdough.

Stansberry pulls from 26 years of experience—ranging from cleaning dishes and hundreds of pounds of squid daily in San Francisco kitchens to serving international dignitaries—to bring a brightly packaged, wheeled plate of flavor explosions to communities around the Sacramento Valley. 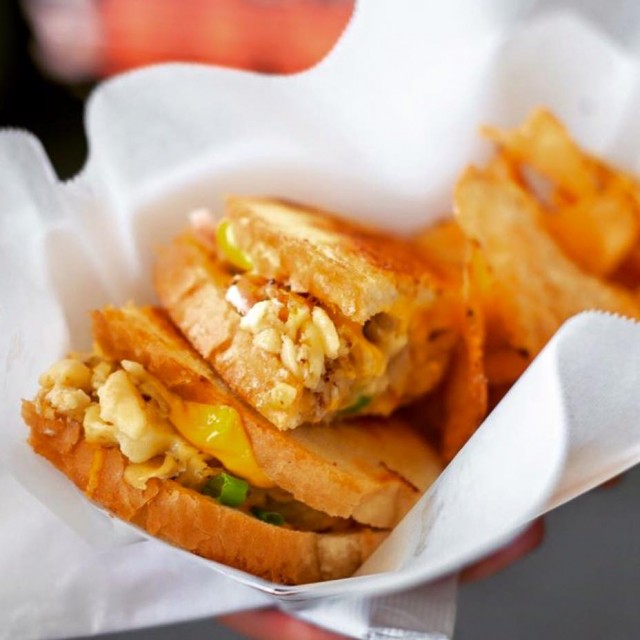 And this is just the first page of his long-term road map. The road to gourmet catering and mobile lunches has, and will continue to take interesting turns for Stansberry.

The current venture came about after a series of successful gigs in Minnesota, where Stansberry worked his way up from cooking at the Radisson to serving as executive chef at the Crowne Plaza. He later opened a restaurant with the general manager of the Plaza, the Ole Store Cafe, an adaptive reuse project of a 115-year old shop in Northfield, Minnesota. With his unique touch, the stop was named “Best Restaurant Worth the Drive” by Minneapolis-St. Paul Magazine.

After two and a half years at Ole, Stansberry took a position as executive chef for Augsburg College in Minneapolis. While there, he created menus for private dinners and served Reverend Jesse Jackson salmon, Hillary Rodham Clinton caramelized ginger lemon torte and the president of Bolivia an authentic Bolivian dinner. He prepared dinner for the king and queen of Norway and planned a worldly menu for the Nobel Peace Prize Selection Committee, something he particularly enjoyed given his love for fusion cooking.

“I love mixing two or three cultures and making my own dish,” Stansberry says. “I’ve had the pleasure to do a lot of traveling. I’ve been to Thailand, Jamaica, the Cayman Islands, Mexico, Haiti. I studied the food and use what I learned in my travels.” 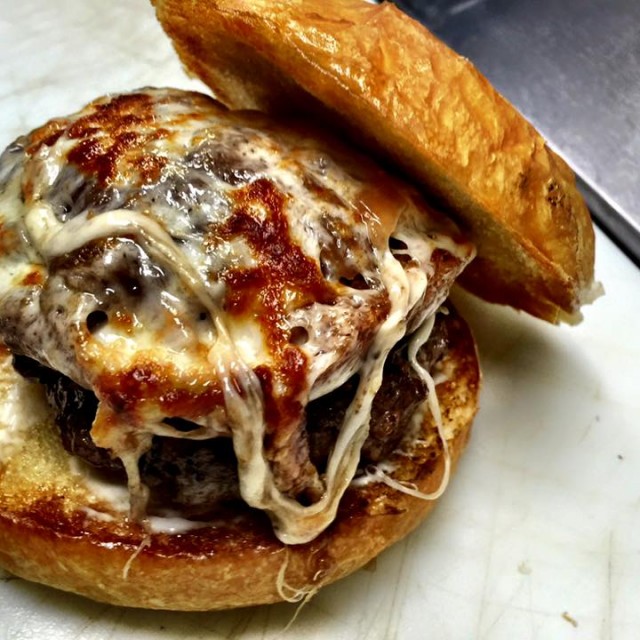 His recent partnership with Raley’s allows him to integrate local produce with his international menu to create something truly unique in Sacramento.

Raley’s contacted Stansberry directly about six months ago, after key executives had seen and tried his food. They liked it, and the story behind it, and asked him to sign a year contract with them, Stansberry says.

Raley’s, according to its press release, partnered with Flavor Face “to introduce a new audience” to its signature fresh, “carefully sourced, lovingly crafted, distinctive culinary choices.”

Stansberry added the Raley’s logos and the tagline, “Rollin’ with Raley’s” to the truck, which, in addition to its lunch and dinner stops, will attend community events as well as the retailer’s own sponsored events.

Since nothing is frozen and he makes everything from scratch, having access to all that fresh food has been a godsend in terms of reaching his sustainability goals for Flavor Face.

“It’s what’s local and seasonal. And I have a much broader canvas for my menu now. It’s more laborious, but I truly believe that’s what got us so popular,” Stansberry says of his fresh food truck model. 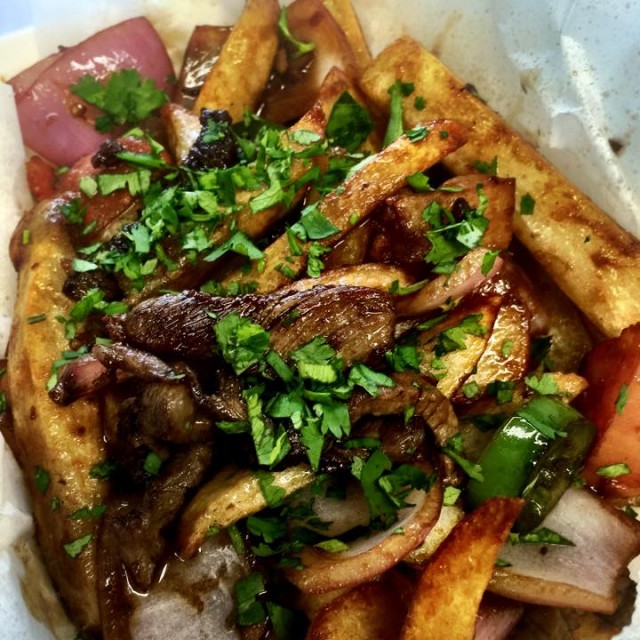 The partnership has been fruitful in expanding his catering business as well, and Flavor Face now frequents businesses, weddings, breweries, wineries and corporate events.

Stansberry says Sacramento is the perfect place to launch such a model. With support from SactoMoFo and a recent trial with the Bay Area’s Off the Grid Food Truck Festival, which is starting a chapter in Sacramento, he has positioned himself well.

Stansberry doesn’t plan on re-entering the brick and mortar scene though.

“I already did the restaurant thing so if I do anything it might be high-end catering,” he says.

Another option is expanding with the grocery store and introducing Flavor Face products, since Stansberry has a trade agreement with Raley’s.

Nationally, the only other company doing anything remotely similar is Whole Foods, which launched a food truck test kitchen at the retailer’s flagship store in Austin, Texas, to experiment with new ideas for store eateries, and to explore collaborations with chefs and supplier partners.

According to Whole Foods, the concept is to offer a selection of open-faced sandwiches and creative salads each day. Whole Foods Market will update the concept, menu and name of the truck every two months to explore food trends, seasonal flavors and vendor partnerships.

Stansberry looks to be ahead of the game, and hopes to expand the Flavor Face franchise.

“I owe one to Minneapolis, and I have people who worked under me that I know could do this,” he says.

He misses his home of 20 years in Minnesota, and the food truck scene is there and growing, but it’s only six months out of the year because of weather. Minneapolis will likely get Flavor Face Truck No. 2, followed by the Bay Area.

Catch Stansberry while you can by checking out his website Flavorface.com for parked stops near you. Flavor Face will also be a part of SactoMoFo 9 at Discovery Park (1600 Garden Highway, Sacramento) on May 21, 2016 from 11 a.m. to 7 p.m. For more info on that event, go to Facebook.com/sactomofo.