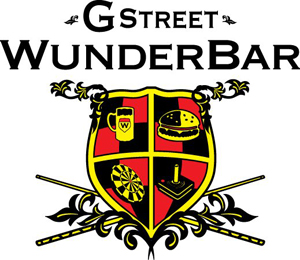 Back in February Davis’ G Street Pub closed its doors for good, or at least that’s what everyone thought. Turns out, former head bartender Chris Armanini purchased the place and re-opened it in late October under a new name, G Street Wunderbar. The location underwent intensive remodeling, including an updated commercial kitchen, new bathrooms, a new sound system and more. Craig W. Hiatt is the chef of the Foothill Grill, which is what they’re calling the restaurant portion of the business. Hiatt features classic grill fare at Foothill Grill and traditional barbecue items like pulled pork, tri-tip, hot links, cole slaw, etc. G Street Wunderbar will still host plenty of live music like they used to, which is great news for the local music community! Their weekly breakdown looks a little something like this: Monday nights are Pub Quiz with “Geeks Who Drink” starting at 9:30 p.m.; Tuesday nights are karaoke starting at 9:30 p.m.; Wednesday nights are Funk Nights; Thursdays will see DJ Wiz spinning; Friday and Saturday nights are reserved for live music; and on Sunday nights there’s a pool tournament at 6:30 p.m. Upcoming noteworthy shows include Shayna and the Bulldog on Saturday, Dec. 3, 2011 and The Brodys and A Single Second on Friday, Dec. 9, 2011. For more information, find G Street Wunderbar on Facebook or follow them on Twitter, @GStWunderBar.