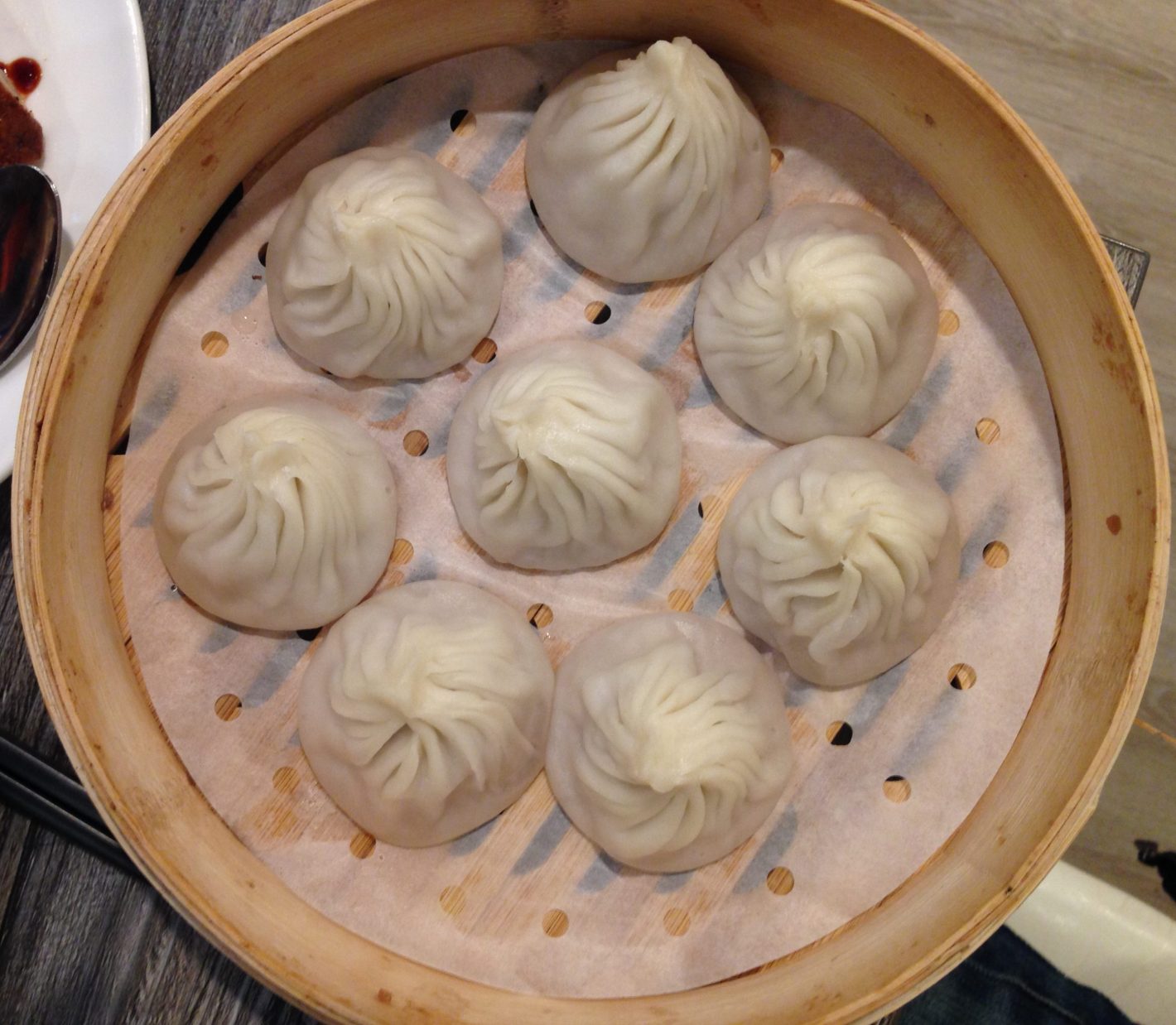 The Shanghai soup dumpling (xiao long bao or XLB) for those who have tasted it, is a habit you can’t, and don’t want to break.

The craving comes suddenly. The thought of freshly stretched dough, pasta-thick, twisted into a sack around a meatball that is floating in a steam bath of its own broth is too much to bear.

XLB is the pot of gold at dim sum brunches, in established Chinatowns and Asian immigrant neighborhoods, and on cold nights when you’re in need of something warm. For those who try XLB for the first time, get ready for lifelong addiction and adventure for the next best.

Who knew that something even more venerated existed? That is what I learned at I-Shanghai Delight (1115 Front St.). Sheng Jian Bao, where have you been all my life?

Before I tell you about SJB, the pan-fried dumpling explosions I encountered, I will say that on a Friday night around the Sacramento grid, a lot of dumpling options are available, but in five years nothing has blown my mind until now. The meat dumplings at the new I-Shanghai Delight in Old Sacramento come closest to the Shanghai dumplings of San Francisco, where the largest Chinese population outside mainland China resides, and the best Shanghainese cuisine on the West Coast exists.

Walk, ride or park a couple blocks away from I-Shanghai Delight, then walk downstairs to the basement level into a lively, cozy dim sum house. White-washed wood-grain floors, dark gray brick arches and a glass encasement showcasing the chef in a tall hat placing dumplings in bamboo steamers welcome you as you descend. 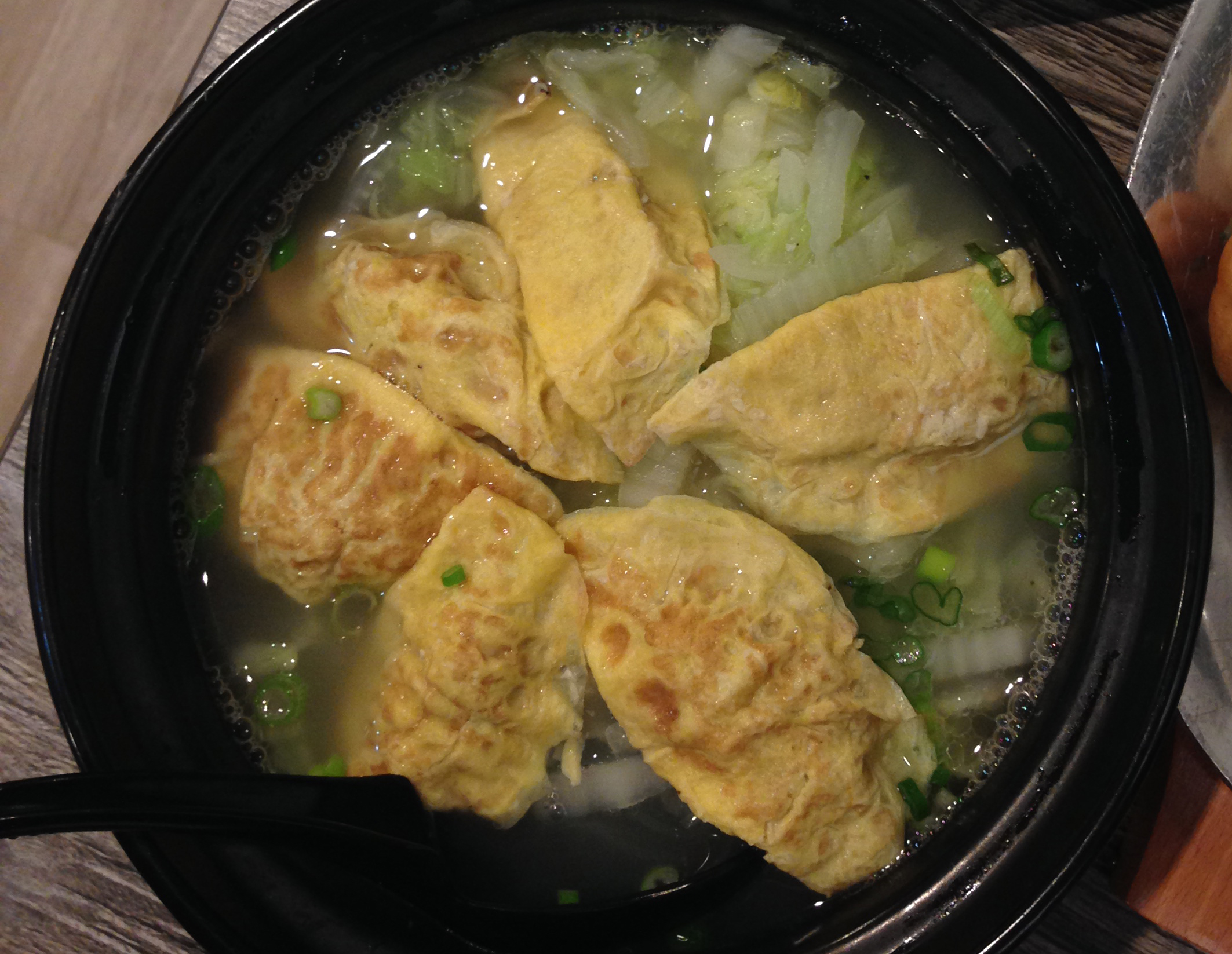 Formerly the location of Hong Kong-style Cellar Bistro, the newly renovated I-Shanghai Delight will make you feel like you’re in a hip neighborhood spot despite its touristy location. Large groups of young people, dates of all ages and families fill the space by 7 p.m., but the wait lasts only a few minutes. The restaurant is larger than it seems and includes private space.

Once seated, you order dim sum style, marking with pen on laminated menus how many of each item your table would like, and sharing is encouraged.

At $8.95 for eight one-bite steamed soup dumplings, the price is actually steeper than some dim sum houses, but still a bargain if you’re splitting a few items with friends. My partner and I had one order of steamed dumplings, an order of the pan-fried soup dumplings or SJB (six per order, also $8.95), braised duck in Shanghai sauce and the evening special of egg dumplings with cabbage. 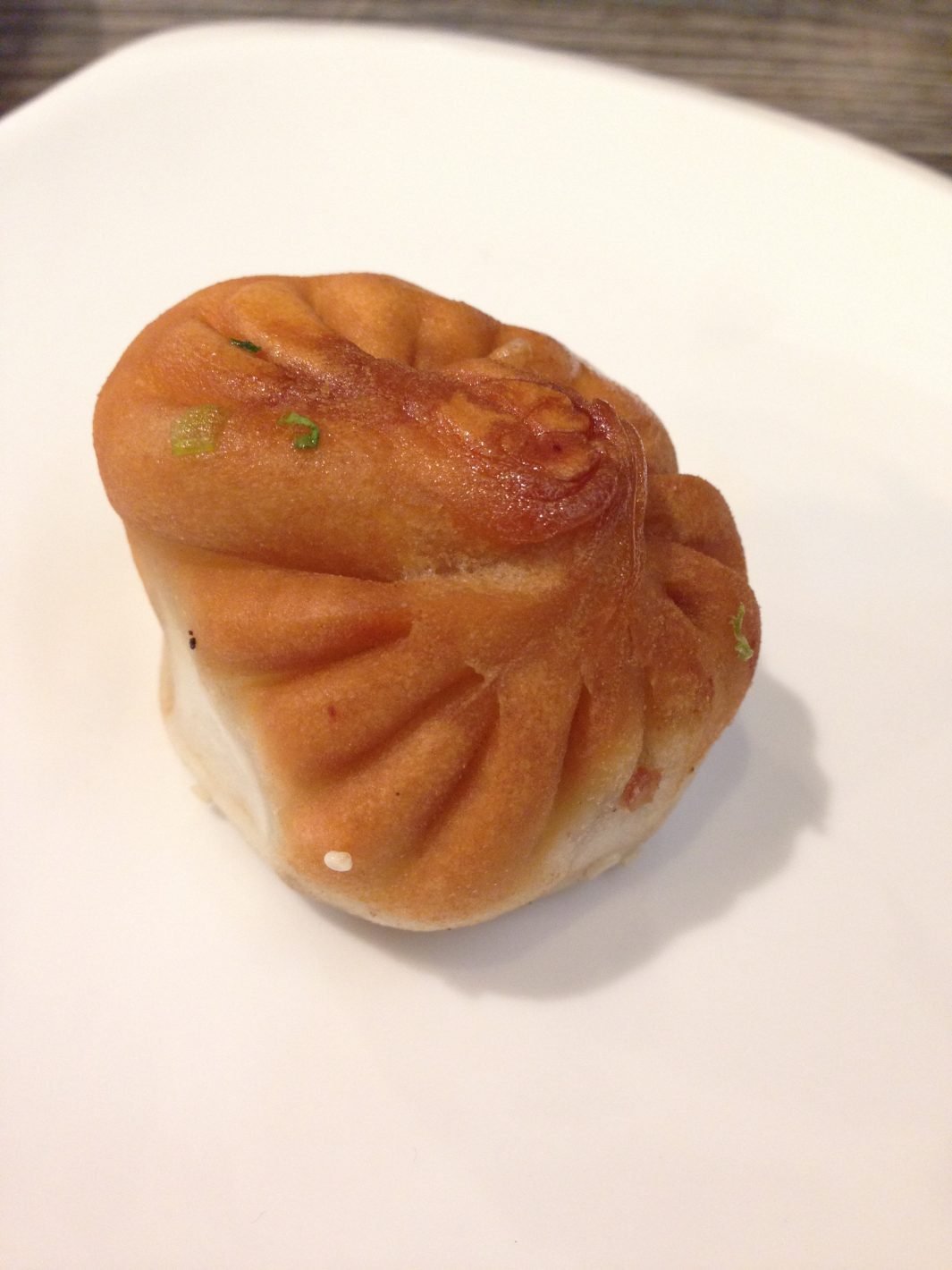 The best way to pass the time as your dumplings cool is to eat that braised duck. Served sliced, cold and on the bone, the meat is tender inside, crispy outside and doused in a slightly sweet, thickened soy sauce with cinnamon, star anise and pepper. 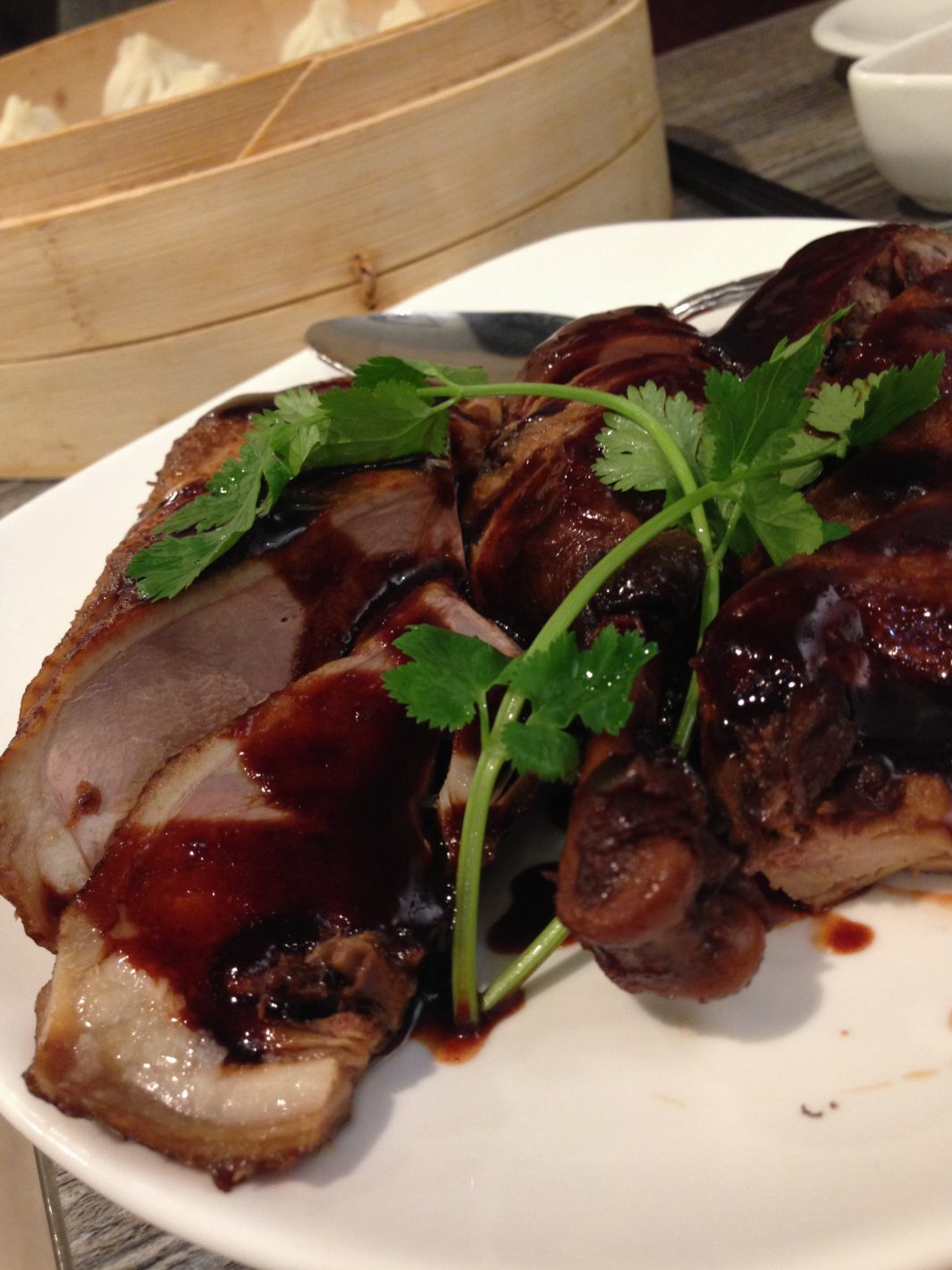 Cold, bone-in meat may not have been my first choice, but it’s one of the best duck dishes I have tasted. For vegetarians, an order of kelp salad or cucumber in garlic sauce could be a starter as you wait for the dumplings to cool.

At maybe five minutes, the pan-fried dumpling on your plate is ready for a dip in the accompanying vinegar-based sauce. I made the mistake of biting just halfway through first, and lost the soup to my plate. You’ll want to mop that up with something later.

The ground meat within is not heavily seasoned, and reminds me of breakfast sausage. The green onions sprinkled atop the SJB and salt in the sauces, however, provide a push of flavor.

The XLB could use some more seasoning internally, but again, a strong dip into the garlic sauce provided with them adds that extra kick.

The stomachs at the table didn’t have much room for the egg dumpling special, but picture a mini omelet with the same meatball as the soup dumplings folded inside. These yellow half-moons are floating in broth with softened cabbage and glass noodles, and the whole thing is begging to be taken home for breakfast the next morning—so that’s what we did.

Expect to leave full and satisfied without spending much more than $35 for two very hungry, ambitious people. The restaurant doesn’t serve alcohol, but that just leaves more room for dumplings, right? A nutty, complimentary tea is provided early on, and the menu looks to have additions and subtractions depending on day and time.